Digidesign Velvet - Back to the future

Here at MusicPlayers.com, we can never have enough new toys to play with. The latest and greatest model, whatever the product – we want it! But then, there is something to be said about revisiting the past. In fact, there are often darn good reasons why a piece of gear has become a classic. Sometimes, no matter how good the technology becomes, classic pieces of gear just can’t be imitated or reproduced. Sometimes.

Digidesign’s Velvet is not one of those sometimes. Recreating some of the great electric pianos of years past – specifically the Rhodes Stage and Suitcase pianos, as well as the Wurlitzer 200a electric piano, Digidesign’s A.I.R. group has created a tremendous product in their Velvet virtual instrument plug-in. After spending some time with the instrument, it became clear that a great deal of thought went into the design, and Velvet was a blast to use.

Rhodes and Wurly pianos are so beloved, in large part, because of their expressiveness. From smooth chorused jazz to swirling phased psychedelics, from distorted rock to funk, these pianos have been embraced by musicians in all styles and genres. It is this very property – expressivity – that has not been captured so consistently in previous emulations.

Digidesign’s Velvet blew us away with its level of attention to every sonic detail. Velvet accomplishes this by a technique called dynamic modeling, a unique combination of optimized sampling and modeling techniques, allowing it to achieve incredibly accurate recreations of classic electric piano sounds. Velvet also includes an effects section that includes all the most commonly applied effects to these pianos, which only sweetens the already-great sound.

You really have to hear it to believe it. It’s that good, and a lot easier to carry to a gig than the real thing!

The control section is divided into three sections. The first is called the Piano Front Panel, and it is graphically represented by a keyboard that shows which keys you are playing from your MIDI controller. It also includes the Piano Model selector, Volume knob, and Tremolo controls. The style of the knobs and switches look just like the originals, which is a nice, if not whimsical, touch.

The second section is called the Setup section. This provides control over the sound of the selected piano. It provides controls for the Pickup Level, Memory selector (to ease the load on your CPU), Mechanics (to add mechanical noise by the physical action of pressing keys), Key Off (to adjust key noise), Fine Tuning (to adjust up or down from standard 440 MHz), four sliders for velocity curve shaping, two knobs for velocity response shaping, and a knob for the timbre itself (to adjust between “soft” and “hard” sounds). A final and interesting knob is the Condition knob, which allows you to choose a “mint” piano or a “bad” piano. Since part of the character of these vintage pianos comes from small imperfections, this knob is a great addition to shaping the overall sound.

The third section is the Preamp/EQ/FX section. As the name implies, this section provides controls for Compression, Tube Drive (essentially a tube preamp), and an Equalizer. However, the most fun part of this section is the Effects section. While Rhodes and Wurlitzers themselves produce distinctive sounds, many of the classic sounds we have come to revere came from the effects used on those pianos.

Digidesign has left no stone unturned, and all the effects one would expect are represented. These are presented in a stomp-box style, and a red faux-LED light turns on when the effect is activated. Distortion (fuzz, overdrive, crush), Wah (LFO, Envelope, Envelope Lowpass), Modulation (chorus, flanger, phaser 1, phaser 2), Delay (Mono, Stereo, and an excellent Tape setting), and Cabinet (small, large, and amp) are all there…. and all do their job extremely well.

One interesting feature is the Keyboard Selection switch. To be as authentic as possible, the electric pianos in Velvet have the same key range as the original models. To extend this range (i.e., to make a “bigger” Wurlitzer, for example), flip the switch Up (on the left side of the piano). Very cool!

Finally, for live performance use, Velvet includes MIDI controller mapping. The learn feature is particularly useful. Select this option from the pop-up menu that appears after right-clicking the desired graphic control, and then move the desired control on your MIDI controller. The parameter is automatically assigned to that control. Very cool, indeed!

Velvet ships with 200 ready-made presets. In the upper left corner of the plug-in, there is a pull-down menu from which you can select any of fifty presets for each of the four pianos. The presets cover all styles, including a few interesting ones you wouldn’t expect… but we’ll get to those shortly.

This couldn’t have been easier. The program installed on our studio’s Apple Power Mac dual-G4 without a hitch. The program requires a USB iLok to run, and that too was a simple process as well… just plug it in! Running Pro Tools LE 7.1 with a Digidesign 002 Rack, we used a Korg Triton Le 88 weighted keyboard as a MIDI controller.

All one has to do from within a Pro Tools session file is to create an instrument track and choose Velvet as your virtual instrument. Once you have done that, the graphic window opens (faster, we noticed, than some other virtual instruments we have reviewed).

When selecting one of the preset sounds, Velvet automatically adjusted the display to show what all the parameters were set at; that is, all the knobs and switches move to their appropriate positions. Best of all, since all the parameters are user-editable, it’s easy to start with a preset and adjust to taste.

We noticed no latency lag time issues, and changing parameters resulted in instant sonic changes. In fact, even changing pianos altogether was a pretty fast process. Digidesign has clearly optimized the program for use with Pro Tools. Even with maximum settings, the program never hiccupped.

Our only small gripe is that Velvet is only available as an RTAS plug-in. We would love to have a stand-alone version, too!

As we actually own a real Rhodes Mark I stage piano AND a Wurlitzer 200a electric piano, we were very skeptical about how good this was going to sound. While over the years Rhodes/Wurlitzer reproductions (in general) have gotten better, they have all fallen short in one way or another. Most typically, recreations don’t provide smooth transitions between the soft, bell-like sounds of light playing and the hard, biting sounds of high-velocity playing. It is this very expressiveness that makes these classic pianos such great instruments. To not capture that properly… you really miss the boat for what these pianos are all about.

Digidesign’s attention to these nuances is outstanding. From soft playing to hard funk, it sounded like the real thing: very expressive and very musical. We loved how we could actually add mechanical noise, including one setting that reveals mechanical noise as if you had the lid of the piano off!

The effects are a thick, luscious, sea of indulgence. The tremolos are reproduced very well, and the stereo panning was superb. The tape delay was also an excellent sounding effect. Best of all, these effects can be edited to suit your style and taste, whether you’re playing jazz, funk, or rock… it’s all in there.

Personally, we liked a somewhat harder sound than the first default Wurlitzer preset, but with a few simple clicks, the sound we desired was there… and boy, did it sound good!

Overall, the 200 included presets sounded great. Just about every style, with and without effects, is represented. It was hard to get through them all because each one lent itself to songwriting and playing! Wahs, tremolos, phased, clean, and even whimsical “noise-only” pianos were in there! It was easy to identify Stevie Wonder, Billy Joel, Herbie Hancock, Supertramp, Pink Floyd, and Ray Charles-inspired presets.

Interestingly, there were a few presets that were designed in such a way that the pianos actually began to sound like a synth, which might have some interesting applications in today’s modern music. Used in a mix, a couple of the piano sounds might even be able to stand in for a wah-effected guitar!

All in all, Velvet sounds incredible. We’re still recovering from just how authentic this plug-in sounds. We played our Velvet set-up right next to our real Mark I Stage Rhodes so we could A/B the sounds. While some of the Velvet presets had obvious different sounding effects compared to our “dry” Rhodes, some of the presets were so dead-on you couldn’t tell which Rhodes was being played. Scary.

Digidesign’s documentation is easy to understand and follow. A nice touch was the inclusion of some artists’ information and the classic recordings each piano was used on. Documentation is PDF-file based, and it was pretty easy to follow to get up and running (and start having some fun)! It would have been even cooler to include examples of the effect settings used on famous songs to get those exact tones.

The only thing that was a little bit surprising was that while the 200 presets are advertised on the website, they are not mentioned at all in the manual. In fact, when we first started testing, we didn’t even realize there were any presets! Considering the manual is provided in electronic PDF form, we expect the next software update to include mention of these great sounds.

At $249, Velvet is priced similarly to competitors’ virtual instruments. Considering that the sounds you get are dead-on authentic in both tone and performance, this is a very good price to pay for adding vintage tone to your keyboard collection.

Being able to dial-in real mechanical noise to taste (not just On or Off) adds a new dimension of realism, and the effects complement the instrument’s sounds well. If you love vintage pianos and don’t want to carry a 125 pound Rhodes to your gigs, Velvet is your ticket to the Promised Land. 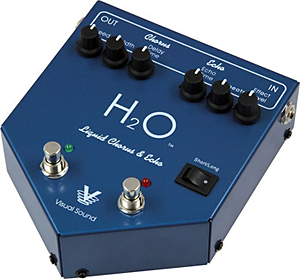 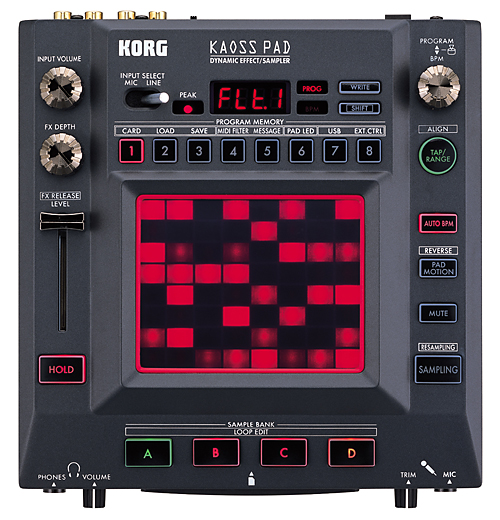