This month brings us something that works great no matter which virtual instruments or hardware synths you play… notation software!

We’ve been casual users of notation software for many years, getting our start with Finale back in the early ‘90s while writing an orchestral composition as part of our senior thesis. While notation software was very cool in its infancy back then, it was quite a time-consuming process to score your music. We were very curious to experience just how much notation software may have evolved over the years.

Sibelius has been around since 1983, and in 2006 was acquired by Avid (who also owns Digidesign and M-Audio). Sibelius 5 not only represents a major new release, but also the first release under Avid’s acquisition.

After putting Sibelius 5 through its paces, we came away impressed. Besides standard mouse/keyboard note entry and via MIDI (controller keyboard), Sibelius 5 includes new fonts, a slew of educational templates (i.e., for music teachers), and playback is delivered via the included Kontakt 2 player.

Even better, included are Sibelius Sounds Essentials, a large “best of” sample library with elements taken from Sibelius's Rock and Pop Collection; Garritan Personal Orchestra, Marching Band, and Jazz and Big Band; and Tapspace's Virtual Drumline. If you have other sample libraries or external instruments that you'd prefer to trigger, Sibelius can route playback to VST and AU instruments as well as to external MIDI devices. We thought it was cool to see our notation program automatically loading up our JP-8V sounds. Neat!

Additionally, Sibelius includes Ideas Hub, a searchable database of musical snippets for use when you want a quick compositional start. Two thousand ideas are included, which are searchable and editable, and you can create your own from scratch. Many owners of earlier Sibelius releases will be happy with the new Panorama view feature, which improves navigation over the previous Page View navigation.

Even better, Sibelius released an upgrade during the early part of this review, so we got to review version 5.2. This upgrade provides better compatibility with Mac OS 10.5, improved Kontakt playback, and overall performance improvements.

In summary, Sibelius is a fine notation program that goes well beyond simple notation. It actually encourages creative ideas. Bravo!

Prior to version 5, music was viewed in Page mode, which basically meant the music would scroll vertically, like, well, a page. The new Panorama mode shows notation as a continuously scrolling line of horizontal music. This approach makes for faster and more streamlined note entry.

In Panorama mode, the staff rapidly scrolls the material left and right. This also allows easier viewing of the modular windows that Sibelius 5 employs, enabling the user to see everything at once, which is great for scoring work rather than flipping back and forth (Up/Down) between pages. A nice touch is that as you scroll through the score you’re working on, the staff name, key, time signatures, and measure numbers are always superimposed.

As mentioned earlier, Sibelius 5 includes the Ideas Hub, which provides an easy way to capture and bring together your musical ideas. With Ideas Hub, you'll never let another flash of inspiration slip by again. Besides serving as a scratch pad for your own ideas to be used and incorporated wherever and whenever you see fit, Ideas Hub comes preloaded with over 2,000 ready-made ideas. They cover all styles of music and might provide useful to get the creative juices flowing. Alternatively, a music teacher might incorporate this into a music composition class: present a musical idea, and see how students embellish it from there.

Sibelius 5 includes Sibelius Sounds Essentials, a three-gigabyte collection of sounds selected from top-name libraries such as Garritan Personal Orchestra, Garritan Jazz & Big Band, Garritan Concert & Marching Band, and Tapspace Virtual Drumline. And for those of you who don’t find this enough, Sibelius 5 can use any VST (Mac or Windows XP/Vista) or Audio Unit (Mac) instrument or effect. The possibilities are only limited by your computer’s CPU power. Sibelius can also read Music XML files.

Creating cues in parts has also been made easier than prior versions. Just copy the music you want to appear in the cue, and choose “Paste As Cue.” Sibelius 5 does the rest for you. Changing instruments on a score is also similarly automated.

One of the things we liked about Sibelius 5 was its easy layout control including bar and page numbering, blank pages, and sheet music margins. The fonts have been upgraded to include new handwritten-style fonts, chord symbols, note names, and even early music and avant-garde symbols. Just like Prego… it’s in there!

Perhaps less advertised, but very useful, are the included Scorch and PhotoScore Lite applications. Scorch allows Sibeleus music scores to be viewed and played properly in your web browser. PhotoScore Lite allows the scanning of printed music right into Sibeleus, as if you entered it yourself. Upgrading PhotoScore Lite to the full version offers more bells and whistles, but even the lite version can prove immensely useful.

We installed Sibelius 5.2 on a Power Macintosh G4 dual 1.42 GHz and used an 88-key Korg Triton LE keyboard as a controller. Installation and product registration was very easy — no USB dongle needed!

After installing, a whimsical touch was the brief orchestral passage playing while we were waiting for Sibeleus 5 to start. As it loads, it automatically scans your system for any VST or AU plug-ins. Simple.

We dug out our old senior thesis orchestral composition (thankfully saved as a MIDI file) and tried loading it into Sibeleus 5. No problems — everything was translated remarkably well including multiple time signature changes in 3:4, 5:4, and 7:8. Scrolling was smooth, and General MIDI (GM) sound playback was fine (you even have three choices of MIDI GM subsets, including Yamaha’s, which some people feel is superior to the original.)

Unlike other programs, or even earlier versions of Sibelius, window tiling is possible, to allow you to work as you please. One neat feature we liked was a DAW-style mixing window that allowed us to adjust the volume of each staff, just as you would a track in a recording workstation.

Of course, no one is satisfied with generic MIDI sounds (at least not our readers), and this is an area where Sibelius shines. Utilizing Kontak Player 2, you have two gigabytes of sounds included with Sibelius. Even better, all VST or AU sounds and effects on our computer became available automatically. The Kontakt player provides a choice of sixteen or thirty-two instruments simultaneously, to help you conserve CPU power when you don’t need as many instruments. If you need additional instruments, not only will Sibelius warn you, but you can add additional instances of the Kontakt player, too.

If you don’t have much experience with Kontakt 2 or the Kontakt Player, don’t worry. You can pick sounds directly from the Sibelius mixer and never have to look at the Kontakt 2 window.

Though we didn’t use it much for our review, another neat feature is the video playback window, which should be of great value to those of you doing film scoring. You can line up your music exactly to where you want it in the film, and see it in real time. Starting a score from scratch was equally simple. Starting from the Quick Start screen, pick “New Score”. You are then given a list of choices of what you would like: piano, jazz trio, vocal, full orchestra, etc. We picked piano, as that was an easy place to start. We were then given choices of time signature, key, and font (we liked the jazz/handwritten styles best for non-orchestral work). The following screen allowed us to enter the title of the work, composer, copyright year, and any other additional info if we wanted.

Once this as done, we were presented with the page of a blank score (in Panorama view, it would be only the staffs you wish to look at going left to right from start to finish). You can enter notes either by point-and-click (which includes being able to drag notes into the right place), or (the obvious preferred choice) by playing in real time.

For playing/recording in real time, there is a transport control similar to DAWs. You can set the tempo and play to a metronome if you choose. We did that, and the program tracked flawlessly.

We then decided to try the Ideas Hub. Choosing it from the menu (it is represented on screen as a light bulb), we picked an “idea” that was the same tempo and key as our already-recorded idea. We inserted it into the beginning of the score to serve as an intro. We were pleasantly surprised by how great it sounded, as if it was one continuous idea, played by one person! This feature is certainly a very cool one. Besides transcribing your ideas, Sibelius 5 coaxes more out of you and encourages creativity. Isn’t that what music is all about?

As for playback, you can select the Mixer window, and once the familiar fader window appears (again, like many DAWs), you can choose what sound you would like to hear for playback. Choosing Kontakt brings up the Kontakt 2 player window, from which all your sounds are available. Couldn’t be easier.

Well… it traditionally would have been difficult, if not impossible, to rate the “sound” of a notation program. When this reviewer first encountered Finale in 1992, General MIDI sounds generated by a computer were just being developed! MIDI playback was possible back then, but only via external hardware (i.e., a multitimbral polysynth).

Fast forward to the present, Sibelius does a great job of making the program flexible and musical. The included sounds are top notch, in just about any style and genre, sure to please anyone. Pianos, strings, brass, and even rock guitar and drums are in there. Even better, Sibelius was designed to be open-ended so that you can use your favorite library or effect.

This is a serious program with the ability to score complex arrangements, and the 156-page handbook and 632-page manual attest to that. Fortunately, the documentation is very well written, with plenty of examples and “how-to’s.” We liked how easily the program itself offered help and video instructions, too, which minimized our trips to the printed manual.

Sibelius also has a fine website, not only for help, that even features an area to upload and share your scores!

Sibelius 5 (MSRP $599) can be found online for around $100 less. While the flagship product may seem costly, particularly to those for whom there is only an occasional need for notation software standards, it provides all the capabilities a working professional composer could need and then some.

Plus, beyond scoring, Sibelius 5 includes the ability to make worksheets for music students, an open-ended Kontakt Player engine with 2GB of sounds, and 2000+ Ideas — quite a bundle for the price.

For students on a budget, the $99 Student edition lacks many of the extra features included in the full version (the Kontakt Player and Ideas collection), but the basic scoring abilities are all retained. 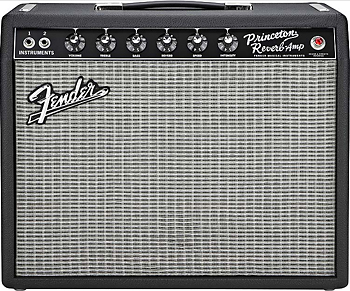