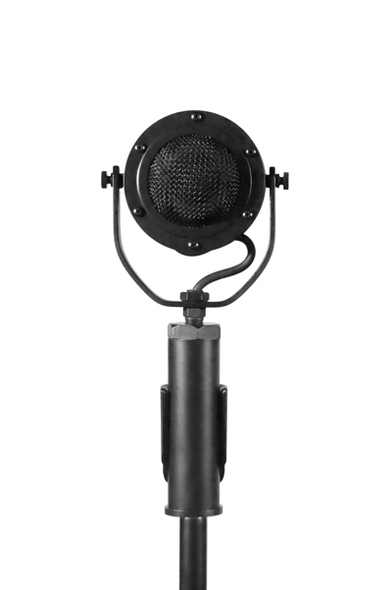 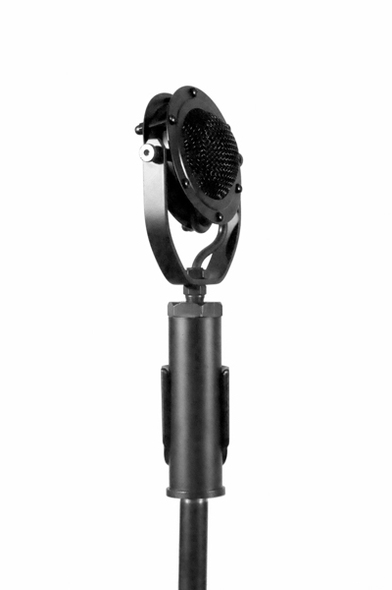 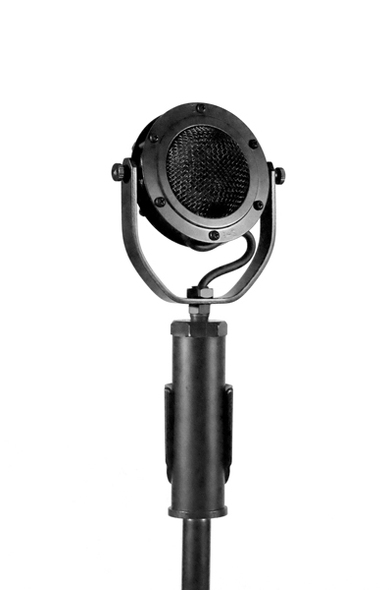 PORTLAND, OR (September 4, 2018)...Boutique microphone company, Ear Trumpet Labs(ETL), introduces a new limited edition Dark Edwina, the first of its kind from an artist collaboration with Dobro player Josh Swift. Their top selling microphone gets a makeover in a sleek black finish that offers a different styling than their signature vintage look, with the same impeccable audio quality. Virtuoso Dobro player and member of premier Bluegrass group Doyle Lawson & Quicksilver, Josh Swift came to ETL founder Philip Graham with the idea of doing a solid color Edwina while both were attending the IBMA’s in 2017. While Graham had not explored a single color microphone before, a number of the microphones in the ETL product line are inspired by artists, thus making it a natural progression to work together.

“We've found some of our best designs over the years by collaborating with artists,” Graham notes. “Myrtle, one of our most popular designs, originated with a custom design request from a British big band. And of course Nadine, our mic for upright bass, was built specifically for Nadine Landry of Foghorn String Band. I love getting inspiration from artists because, after all, I'm making tools for them to use. If an artist has a specific idea, I immediately know that it's satisfying a real performance need, and that's always a great place to start with a product.”

The idea for a black Edwina came from Swift after he had designed his own signature Beard guitar in a dark finishing. The Edwina’s brass and silver pieces were a tad flashy for his taste, but he loved every other aspect of the microphone. Swift and Graham brainstormed some options for the finishing to put a new spin on the physical aesthetic. “The process of working with Philip was absolutely phenomenal,” Swift adds. “It's nice working with a company, who loves a challenge. I sincerely believe that they love what they do. It shows in the love and care they put into their products, and in taking care of the desires of their customers.”

In true ETL fashion, the Edwina parts got their dark coloring hand-processed at Cold Spring Enterprises, a gunsmith in Bristol, TN, using a technique called Cerakote that puts an extremely thin, durable black ceramic finish on metal. This process is mainly used for firearms customization, which speaks to its durability.

On receiving the first test model, Graham notes, “When we built the first mic for Josh we knew this was a really cool look. It was kind of shocking to us - we're so used to seeing the bright metal mics that when we saw Edwina in flat black it was almost spooky. It felt like holding a shadow of an Edwina. When we sent it to Josh, he was over the moon. It was exactly what he had been hoping for, a great sounding mic for his Dobro with a really stealth but distinctive look, and a stage presence that was more cool than flashy.”

Swift, who plays over a 100 shows annually with Doyle Lawson & Quicksilver, will certainly be showcasing his Dark Edwina on stage. “It's very tough to step in front of a microphone with a killer guitar, and hear a bad representation of it in a monitor. With an Edwina, you simply turn it up. It's there. It is sonic perfection for me. It literally sounds like MY GUITAR. You simply can not ask for more out of a microphone than that.”

About Ear Trumpet Labs
Founded in Portland, Oregon in 2011, Ear Trumpet Labs is a craft builder of unique microphones for adventurous musicians and recording artists. Combining technical expertise, the highest grade hand selected electrical components, and a sculptural aesthetic, the company is committed to a hand-built craft workshop approach to providing the best looking and sounding microphones. 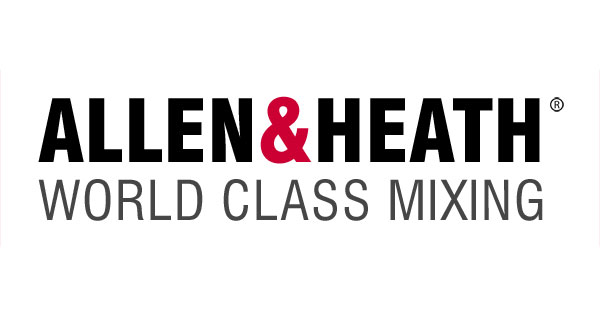 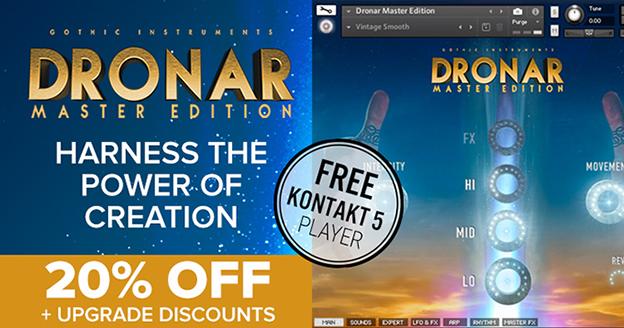