JEAN-MICHEL JARRE THROWS NEXT CONCERT OVER TO GLOBAL VR COMMUNITY

In the latest in a run of ambitious technological projects, acclaimed electronic music pioneer JEAN-MICHEL JARRE has partnered with leading social VR platform TheWaveVR to allow fans to host concerts for his new album in immersive virtual reality.

Long famed for his spectacular live shows, JARRE's latest move throws down the gauntlet to fans, giving them the ability to recreate the magic in their own living rooms. The partnership will give TheWaveVR's global community access to his new album EQUINOXE INFINITY. Users will have the unique opportunity to remix tracks using the in-app virtual decks and host listening parties for other users to attend.

Additionally, famed comic book illustrator and digital artist Sutu has created bespoke 3D artwork inspired by EQUINOXE INFINITY for the partnership. Users will be able to incorporate these images, featuring the iconic 'Watchers' into their live shows in order to create reality bending, audio-reactive environments.

Jarre will be hosting a one-off Q&A in TheWave on December 12 at 3pm GMT/4pm CET/7am PT. This will be preceded by a special live show hosted by Sutu at 2pm GMT/3pm CET/6am PT to showcase the spectacular Equinoxe Infinity visuals - Sutu's first ever live VR show in collaboration with an artist. Sutu's live show will premiere on December 9 at 3am GMT/4am CET/December 8 at 7pm PT.

"Virtual reality is part of the next frontier of music" JEAN-MICHEL JARRE commented, "the 'Equinoxe Infinity' album considers where we are going as a society, including the ways artificial intelligence and machine learning may impact us. I've always been passionate about the potential of music to merge with future technologies. When I experienced TheWaveVR, I loved that spatial art - one of the specialities of my live shows - isn't limited to scale or real-life constraints. Creators can host the concert of their imagination. This is where Equinoxe Infinity belongs."

Commenting on the partnership, TheWaveVR CEO Adam Arrigo said: "Visit TheWaveVR offices and you'll see the book 'Push Turn Move: Interface Design in Electronic Music' proudly on display. Jean-Michel wrote the foreword to that book, and we feel like we're kindred spirits with his music interests and passions. When we met with Jean-Michel we realized he had an instant understanding of the important role that immersive, visual experiences like ours have to play in the future of music. It's a huge honor to bring his music to TheWaveVR community."

The 'Equinoxe Infinity' VR shows will be available to any HTC Vive or Oculus Rift VR headset owner through TheWaveVR's free app, on Steam and Oculus Home. Featured concerts may also be broadcast on JEAN MICHEL JARRE's social channels.

About JEAN-MICHEL JARRE:
Jean-Michel Jarre first came to international fame with his number one album "OXYGENE", which sold over 18 million copies worldwide. A pioneer in his field, Jarre has largely contributed to the fastest growing musical revolution of all times, electronic music, conceiving music in terms of sounds, and not just in terms of notes, allowing the composer to become his own craftsman. This pioneering approach gave birth to internationally acclaimed albums such as OXYGENE, EQUINOXE, MAGNETIC FIELDS, ZOOLOOK, RENDEZVOUS, WAITING FOR COUSTEAU, CHRONOLOGIE, AERO- with over 80 million albums sold to date.

Continuing to revolutionize music, Jarre pioneered a new genre and format of concert production and performance, bringing his sound and vision outdoors to the masses. His legendary concerts have attracted Guinness Record-breaking audiences from across the globe, taking place in exceptional settings and marking extra-ordinary contexts. He was the first western musician invited to perform in post-Mao Red China, and performed at the Great Pyramids of Egypt at the turn of the millennium. There was also Houston City's collaboration with NASA, the concert for His Holiness Pope John Paul II, France's Eiffel Tower in celebration of the World Cup football victory, Gdansk's shipyard at the initiative of Nobel Peace Laureate Lech Walesa, London's Docklands, Beijing's Forbidden City, Tiananmen Square, and the Sahara Desert, topped off with a record-breaking live performance to an audience of 3.5 million in Moscow.

Since 1993, the French musician has had an ongoing engagement with the United Nations via UNESCO, as Ambassador and spokesperson for Environment and Education. He was elected President of CISAC in Washington in 2013, succeeding the late Robin Gibb.

2017 saw Jarre nominated for Grammy Award in Best Electronic/Dance Album category for ELECTRONICA 2. He embarked on his Electronica World Tour across the continents, culminating in a performance at the legendary US Coachella Festival in April 2018, which received rave reviews.
This year Jean-Michel Jarre released his brand new album EQUINOXE INFINITY, a concept album in the context of technology and artificial intelligence.

About TheWaveVR:
TheWaveVR is the world's first social VR platform and community that provides new ways to experience, create, and share music and visual arts. TheWaveVR collaborates with artists across a variety of genres to bring social VR experiences to a growing community of people, helping them find new friends and discover new music and artists. The company is pushing theboundaries of VR, enabling new musical and visual experiences that currently do not existanywhere else. TheWaveVR harnesses the power of VR to amplify the potential reach of musicand art while defining a new path for musicians and artists to offer their music. TheWaveVR isbased in Los Angeles, CA and Austin, TX. 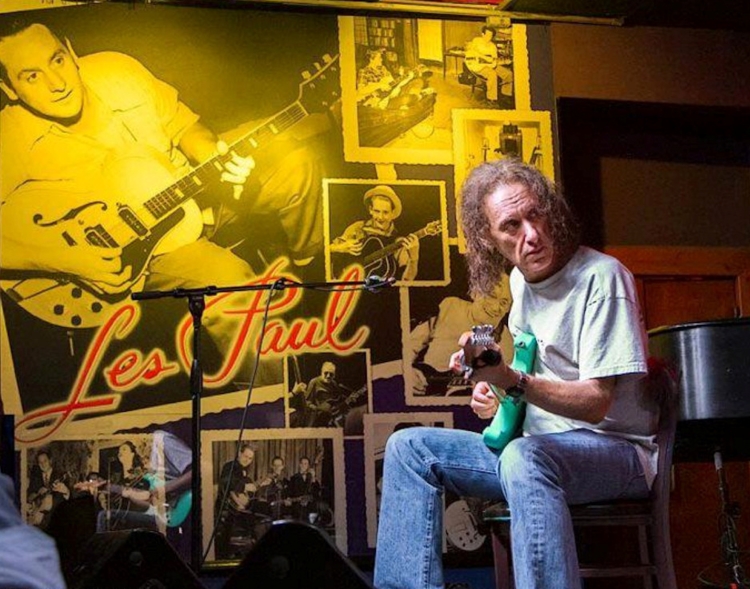