LONDON, UK: Having successfully cemented a creative partnership with world-famous Abbey Road Studios late last year as ABBEY ROAD ONE: ORCHESTRAL FOUNDATIONS inaugurated its ABBEY ROAD ONE: FILM SCORING SELECTIONS series showcasing the foundational film scoring sound of Studio One by carefully capturing a full symphony-sized (90-plus-piece) orchestra inside the world’s largest purpose-built recording studio, Spitfire Audio is proud to announce availability of ABBEY ROAD ONE: WONDROUS FLUTES — following hot on the heels of the similarly smaller ABBEY ROAD ONE: SPARKLING WOODWINDS and ABBEY ROAD ONE: LEGENDARY LOW STRINGS sample libraries captured in that same studio as another customisable classic film-inspired addition to sound palettes the world over, offering a flute and piccolo pairing popularized by the likes of American musical maestro John Williams’ Star Wars themes, themselves clearly counting amongst the most widely-known contributions to modern film music — as of May 13, 2021…

As Abbey Road Studios’ Studio One is one of the world’s premier destinations for film scoring, adding the emotion, mood, and magic to the greatest cinematic storytelling of the last 40 years as the world’s largest purpose-built recording studio, it is hardly surprising that it recently found favour with Thomas Newman and Alan Silvestri, to name but two notable American composers who walked through its iconic doors to respectively record their pre-pandemic scores to the Oscar-winning 1917 and box office-busting Avengers: Endgame during 2019, as well as playing host to dynamic duo Stephen Barton and Gordy Haab’s score to the multi-million- selling Star Wars Jedi: Fallen Order action-adventure game that same year. Yet arguably less surprising is the fact that ABBEY ROAD ONE: WONDROUS FLUTES found Spitfire Audio at Abbey Road Studios’ Studio One, after which this latest addition to the sound-specialising British music technology company’s classic film-inspired ABBEY ROAD ONE: FILM SCORING SELECTIONS series owes (part of) its notable name. 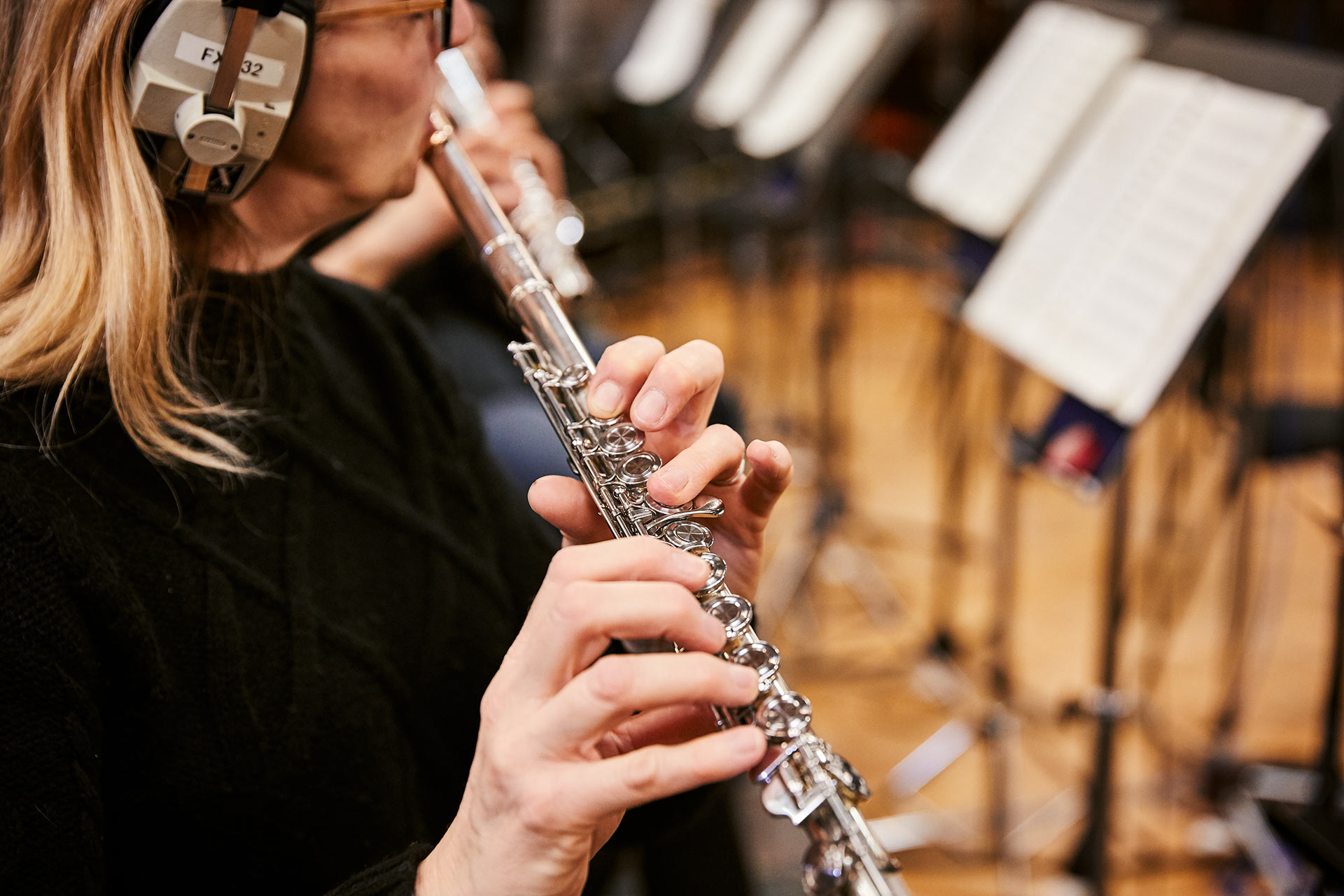 Working with Abbey Road Studios in a continued creative partnership putting the top-tier, sought-after sound of Studio One itself into the hands of modern-day media composers the world over, ABBEY ROAD ONE: WONDROUS FLUTES facilitates a wondrous — and wonderfully-recorded — pairing of woodwind, with a piccolo sounding an octave higher than the flutes to double the same part, producing a common, classic sound suited to all genres. Its influences clearly come from the likes of John Williams’ widely-known Star Wars themes... think second theme statement by the trumpets in bars 12-17 in the opening of 1977’s game-changing Star Wars: Episode IV - A New Hope, where a piccolo plays sounding an octave above two flutes. Fast-forwarding for another acclaimed example, ‘This Is Berk’ from the Oscar-nominated score to 2010’s How to Train Your Dragon by British film composer John Powell features flutes with a piccolo playing the melody an octave above, accompanying the stirring strings between bars 46-49.

It is, indeed, a commonly-used musical device, yet one that can quickly and easily be created with ABBEY ROAD ONE: WONDROUS FLUTES. Fortunately time spent otherwise layering and mixing can be saved since this has been achieved naturally in the spacious surroundings of Studio One’s renowned recording room — measuring impressively in excess of 90ft/28m by 50ft/16m — while also capturing that sought-after studio sound with a stunning-sounding selection of onboard mics and mixes options that are consistent across the whole of the ABBEY ROAD ONE: FILM SCORING SELECTIONS series, with flutes singing so beautifully in the wondrous reverberant acoustics of Studio One.

Perfectly positioned to put ABBEY ROAD ONE: WONDROUS FLUTES into its rightful place in the ABBEY ROAD ONE: FILM SCORING SELECTIONS series, Spitfire Audio co- founder and composer Paul Thomson begins by saying, “Each of these selections is designed to do a particular job incredibly well, and we’ve come up with new techniques for sampling, and for recording the different types of elements that we need to get the performance to be absolutely brilliant,” before diving deeper: “What you’re hearing here is two flutes and a piccolo an octave above them — a common pairing in the orchestral repertoire. It pretty much matches up the range of the piccolo with the range of the flute, so you’re getting a very close-matched timbre between the two instruments. You’ve got the body and fatness of the two flutes, and then you've got the kind of extra sparkly, slightly more piercing sound of the piccolo playing the same note but an octave up, which is very useful.” 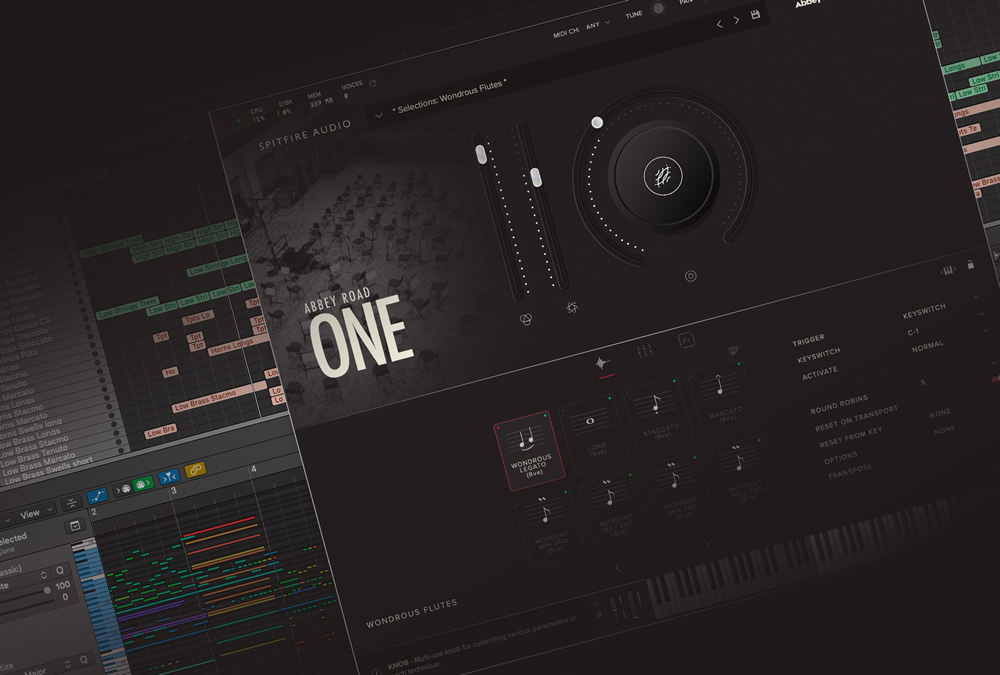 Ultimately, ABBEY ROAD ONE: WONDROUS FLUTES comprises — self-explanatory— LONG, short STACCATO, short MARCATO, and various short MORDENT articulations, as well as stunning legato performances captured with Spitfire Audio’s newfound approach to offer a realism like never before. Back to the performing Paul Thomson: “You’ll recognise the sound of the MORDENT — a sound that’s featured heavily in the score to E.T. by John Williams... we have minor and major versions of these, and not only 2nds but also the minor and major 3rds, so you’ve pretty much got everything that you need to cover all kinds of different combinations to make exactly the chord that you want to use for those kinds of accent parts. It’s incredibly useful and performed in that style and that way that we recognise and that we hear in film scores. Our WONDROUS LEGATO is designed so that you can play beautiful, lyrical melodies with it, but it also works if you play fast — agile and scurrying for those really great runs when you need to amp up the excitement. There’s a STACCATO — nice and tight, and then we have a MARCATO — a longer short note, played with much more weight at the front of the note, which gives it more of a weighty, stately kind of feel.”

History has a way of taking care of itself — suffice it to say that Abbey Road Studios has history, having opened the world’s first purpose-built recording studio on November 12, 1931; for its own contribution, Spitfire Audio has been busying itself with writing its own (14-year-and-counting) chapter into recording history as a British music technology company that specialises in making sounds for film composers. While wondrous thematic scoring from film composers past and present are preserved for playback on screen and on record at any time, thanks to the stunning-sounding latest library formed from Spitfire Audio’s continued creative partnership with Abbey Road Studios, future film composition could well be in the hands of anyone inspired by the many mentionable Abbey Road-recorded film scores that inspired ABBEY ROAD ONE: WONDROUS FLUTES.

The ABBEY ROAD ONE: FILM SCORING SELECTIONS series-inaugurating ABBEY ROAD ONE: ORCHESTRAL FOUNDATIONS is itself available as an AAX-, AU-, VST2-, and VST3-compatible, NKS-ready plug-in that loads directly into a DAW for an MSRP of £399.00 GBP (inc. VAT)/ $449.00 USD/€449.00 EUR (inc. VAT) — from here: https://www.spitfireaudio.com/shop/a-z/abbey-road-one-orchestral-foundations/ 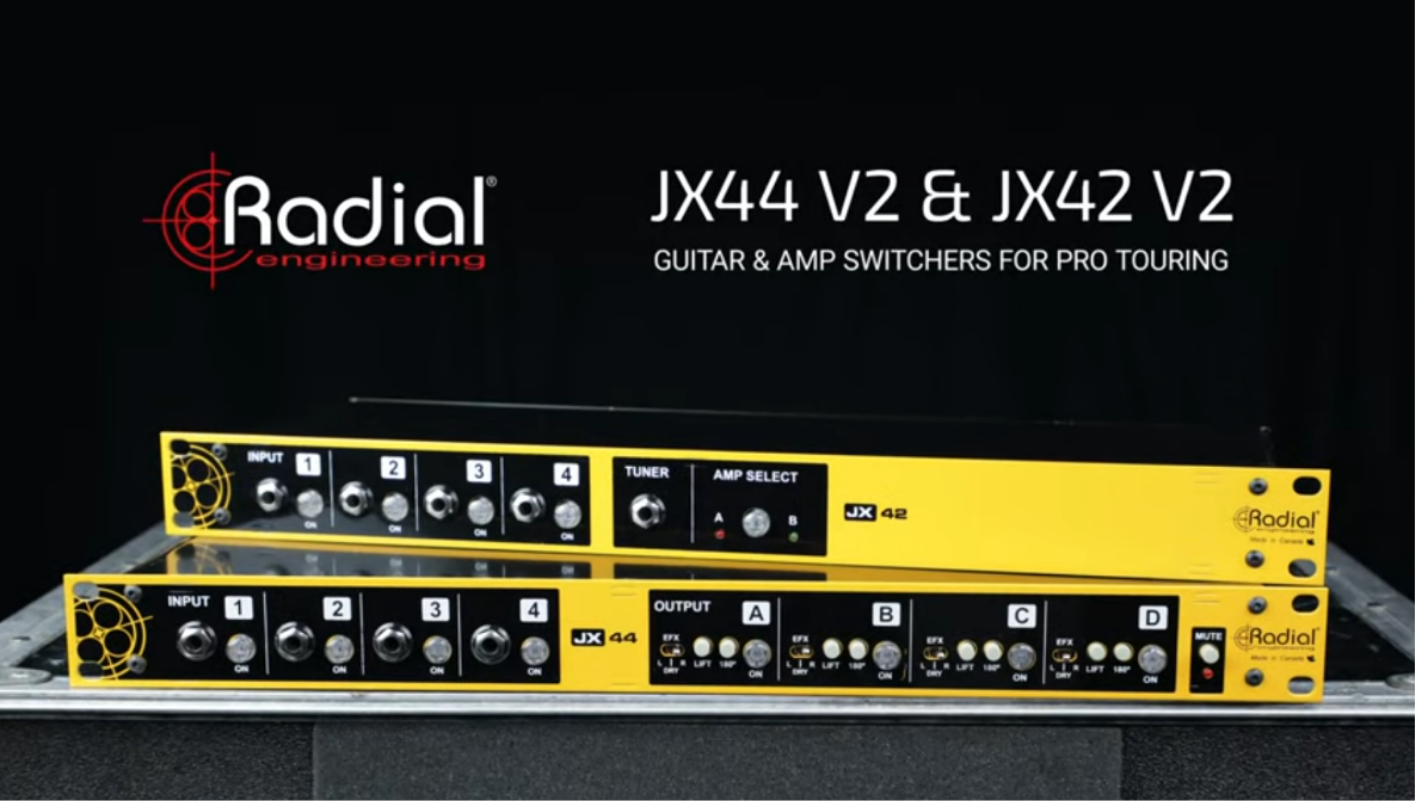 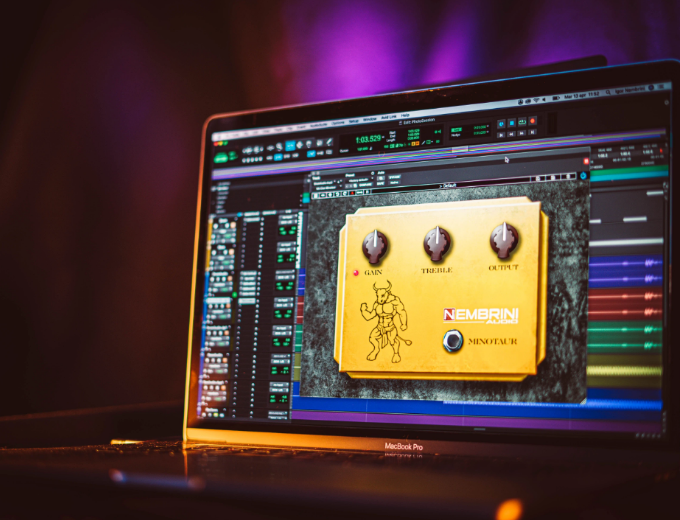