Getting to know the Baritone Guitar

Guitar players are frequently looking for a different, original, deeper or stronger sound/tone. A few years ago the 7-string guitar, popularized by Korn and Limp Bizkit, fit this request but it had such an obvious sound that it is almost impossible to strike a chord and not be a carbon copy of those bands unless you can play like Dream Theater’s John Pettrucci. If you really want to separate yourself from the typical 6- and 7-string crowd, pick up a baritone guitar.

The baritone is not quite a guitar and not quite a bass—it’s a very different animal. Baritone is usually defined as a male voice in the range between tenor and bass. This holds true for the baritone guitar. Its standard tuning falls one half step below the standard guitar. This makes it great for recording—it registers at a different frequency placing you always in the mix. The rich tone and thickness of the guitar itself makes for stunning, shimmering and haunting melodies.

One of the most noteworthy showcases of the baritone guitar sound is heard on The Cure’s classic 1989 album, Disintegration, on which an electric guitar only plays the off-beat chords, while the melodies are played by Robert Smith on a Fender Bass VI baritone guitar. The result is a much spookier sound than you can achieve with a traditional electric guitar.

Other artists who have used this unique guitar's abilities include The Beatles (the White Album), The Church, The Cranberries (most of their beautiful acoustic sounding melody lines are actually the baritone), Cranes, Placebo and my band, Five Star Dive. On our CD Stuck Between These Lines, “Darker Days” uses the baritone exclusively for all guitar and bass tracks. The baritone is a very versatile instrument.

You can play a baritone guitar through either a bass rig or a guitar rig. I have kept the same set-up from day one—a Marshall head into a 4 x 12 cabinet. The Cure’s Robert Smith achieves his unique sound by running the Fender VI through an early '80s Peavey Ultra head into a 4x12 cabinet. His personal settings for the head: remove the mids, set the bass half and the treble completely turned up. Keep in mind that the baritone guitar you choose will directly impact your overall tone and richness, so be sure to experiment.

Running the baritone through effect pedals (I prefer guitar pedals over bass) such as a chorus with delay will give you a deep, beautiful sound to play with. Instead of using a chorus pedal or pitch shifter to fatten up a thin-sounding guitar melody, play a baritone and use for a doubled effect over your regular guitar melody, or as your main choice for all melodies. You will be surprised at how amazing and unique your songs become.

Numerous companies make baritone guitars. Fender currently makes a few including a reissue of the “classic” Bass VI (1961-1975) and a Jaguar baritone. Gibson makes one in the SG shape, Gretsch features a baritone with a Bigsby tremolo, and Schecter sells a baritone designed by Smith himself. I own and play a Musicman baritone. Finally, Steinberger recently released a unique guitar—it’s a baritone with a built-in rolling capo that transforms it into a standard guitar ... sounds like a great tool to add as a secret weapon for your home studio. 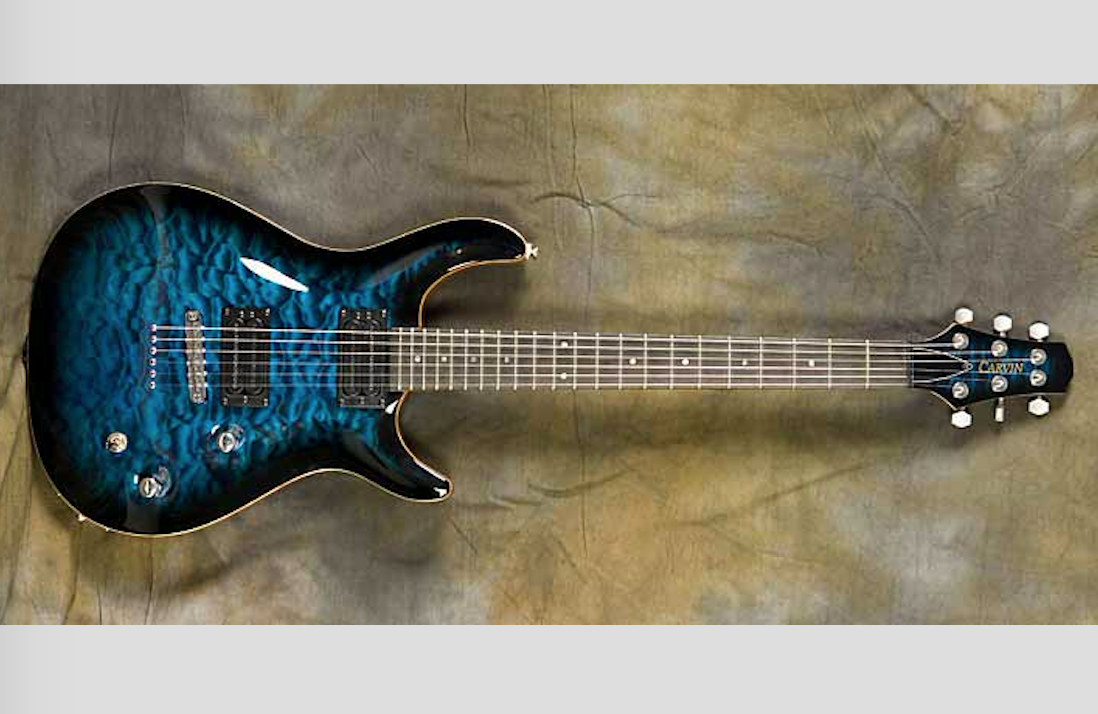