If you're a professional recording artist, you need to read this!

As musicians trying to make a career out of music in the post-apocalyptic (or is that post-Napster?) world, we all need to get involved changing the mindset of music consumers if we have any hope of earning a real living from the creation of original music.

Assuming you’ve been paying attention to the changes and transformations in the music industry, you know that label executives and industry pundits have been talking at great length about the various issues plaguing our industry. Obviously, punishing fans who download music illegally with law suits isn’t going to fix anything, but there are many other factors at work that are contributing to the failings of the industry. Some of these include: bad 360 record deals with artists, the failure of terrestrial radio, the overabundance of bad music in the market, a monopolized live concert industry, and even the growth of social media beyond just a handful of online resources.

Fixing the music industry’s problems is not something the record labels can do on their own. What we need is a paradigm shift in the minds of music consumers who have largely devalued the music they listen to, and it’s up to all of us as professional musicians to help change the minds of our fans.

Most kids today think they have the right to listen to whatever music they want, whenever they want, at no personal cost. Fifteen years ago, though, kids didn’t think that way. They knew that if they liked music, they had to buy it. And focus on quality instead of quantity. It seems so obvious: teach people what they have forgotten, or never learned in the first place.

Enter the Restoring Music Foundation, whose nonprofit mission is “to restore the value of music all across the supply chain and provide new models and innovations that can aid in the reconstruction process of the industry of music.”

To that end, they have spent a great deal of time doing research through crowdsourcing — talking with professionals throughout the industry, from label execs to signed artists to indie artists to the media and more. The end result of their ongoing studies is the Music Crisis Document, now updated to its eight edition. We found this information so compelling that we felt a need to share it with you directly.

At the end of this report is a link to the formally published report. At that link, you can read comments from others in the industry, and share your own voice on the subject. Or, in the MusicPlayers.com General Discussion forum, reach out to our editorial team directly to let us know what you think. We’re sure that this report will give you some interesting things to think about as you work on your band’s continually evolving marketing plan. It is evolving, right?

Without further ado, I give you Restoring Music Foundation’s co-founder, Chris Purifoy:

When a crisis occurs, a council of thought leaders is appointed to define the problems, develop a recovery strategy, and carry out a comprehensive action plan for restoration. This document was created for this very purpose with the collective thoughts of thousands of music pros on LinkedIn and various private forums. When the project is finished we will have a blueprint to begin the reconstruction process.

With that in mind, let us identify the main problems that have threatened to destroy the vision that was born on the streets of Tin Pan Alley. Here they are, finally, all in one place and in no particular order.

1. Internet Radio
Internet radio providers cannot sustain growth due to the growing licensing fees for streaming music and the lack of clear revenue models. If revenue models could be clearly defined, additional innovative distribution outlets could provide a new paradigm in radio as a whole.

2. 360 Deals
Music industry sales are down more than 50% from 1999’s record-breaking year. Labels, publishers, managers, and other funding partners have adopted a new model of business, The 360 Deal. With this new model, one partner does the job of many, even though most only have experience in one field. The result is less money for growth and less focus for individual partners. In the end, 360 deals strain everything and everyone, causing countless problems, yet they are a necessary evil for struggling funding partners.

4. Apple
Apple has been an incredible innovator in the quest for a brighter music industry. We owe them a great debt. For the sake of being thorough however, their unprecedented market share in digital music sales, mixed with their unwavering business models, leave no bargaining room for funding partners (labels, publishers, etc.). Without the ability for competitive trials, growth and innovation in this important industry sector (digital music retail) is stifled.

6. Traditional Radio
Traditional radio, though still an important promotional front, has lost much of its glory to the on demand world of iPads, iPods, satellite radio, and internet radio. It has therefore become increasingly more difficult for music marketers to predict buying trends without a standard radio format to follow. The result is a much higher risk/return ratio for funding partners (labels, publishers, etc.), which in turn limits the number of acts that ever see a major market entry.

7. Live Music
The recent merger of Live Nation and Ticketmaster has once and for all centralized the live music industry into what could become a monopolizing empire. This kind of power is usually never a good thing, as it limits the market’s growth potential and provides the opportunity to gouge prices due to the simple science of supply and demand. If they account for 90 percent of the live music business revenue, they control the market. We are not pointing fingers yet, but this music juggernaut could prove to be a problem if left unchecked by a lack of competition.

8. Lawsuits
In an attempt to combat the growing number of music pirates, The RIAA proclaimed war on piracy by means of civil suits with individuals who infringed upon copyright laws. Many average American citizens were made an example of with outrageous settlements in an attempt to create the perception of risk for stealing music to change consumer thinking. In the end however, it only generated the image of a “Greedy Recording Industry”. This perception only furthers the divide and strengthens the pirates’ viral cause.

9. The Quality of Music
Quality music is lost to the average listener. An MP3 strips musical data out of a song to reduce the file size to make it more accessible (as compared to the larger, better quality, full format WAV file). The result is poor audio quality and a desensitized public. This only furthers our problem with the devaluation of music.

10. The Product of Music
The product of music is no longer a viable revenue stream for musicians or music partners due to the accessibility of free music, both legal and illegal. The result of this new shift in the value of music is the dissolution of 2/3 of the main revenue streams available to musicians and partners – record sales and publishing residuals (the third major source is tour revenue). New value propositions for buying music must be found to combat this growing problem, as well as the creation of new and innovative sources of income.

12. Independent Music
Due to the digitalization of music and the ease of distribution via the Internet, more and more recording artists are moving into the independent music space and forgoing partnerships with music labels and other seasoned music industry partners (publishers, managers, agents, publicists, promoters, etc). This move allows for the artists to maintain control and keep all the profits. Though this seems GREAT for the musicians, it limits the ability to enter the national marketplace for the majority of them who do not have deep private pockets backing their careers. The average independent musician is also inexperienced in the ways of music business, resulting in mistakes and oversights when it comes to the execution of plans, common practices, and legal matters.

13. Search Engines & P2P
Search engines offer the ability to find a free copy of ANYTHING via a torrent or p2p client in less than 1 minute. Without regulations in place to prevent illegal downloading sites from appearing in the search results, stealing music will always be as convenient as buying or streaming.

14. Piracy & Value
The only way to fully shut down music piracy would be to turn on “Big Brother” and violate very important privacy privileges. Therefore, it can never truly be stopped as long as we live in a democratic society. The solution must lie in the consumers’ thought processes. Though it may appear that the RIAA is doing more harm than good, they have it right. The battleground is in the mind.

15. An Unclear Future
The music industry is now intimately and infinitely tied to digital and to the internet. The systems that govern digital music across the web are not yet fully realized by the core of the music industry. A clear vision for the future of these newlyweds (music and internet), has not yet been defined. The marriage is still rocky and working out its kinks. Without a clear understanding of this, it is hard for any organization in music to effectively plan for the future.

16. Music Education
The arts in schools (band, choir, orchestra, jazz, art, theater) have been cut back, scheduled after school hours, or eliminated entirely due to a weakened economy. The result, if prolonged, will be fewer musicians and music advocates, only furthering the devaluation of music as a whole.

17. Social Awareness
The average citizen is not aware of the current state of the music industry. Copyright law as it pertains to music may be obsolete or it may just need some reformation. Either way the public needs to be made aware of what is happening in politics (as it concerns copyright), the difference between sharing and stealing, how piracy affects musicians, and so on. The only ones who know we are in crisis are those who work in the world of music. The message must be championed and taken to the public.

We in the music industry are battling consumer thought. The public opinion has shifted to a place where music simply has no value. The average Joe feels no fear or remorse for breaking copyright laws. People buy bottled water, though it is available for free, because there is a value proposition; it is clean, cold, and portable. We aim to rebuild the value proposition for buying music.

At the Restoring Music Foundation, we are not disillusioned by the loftiness of our goal, but rather reconcile with the notion that for every problem there is already a solution. They say it takes 8% of the public to agree on something new to shift the entire public opinion in a new direction. We intend to be the catalyst.

Now that the crisis has been defined, let us no longer talk about the problems; let us instead talk of solutions. 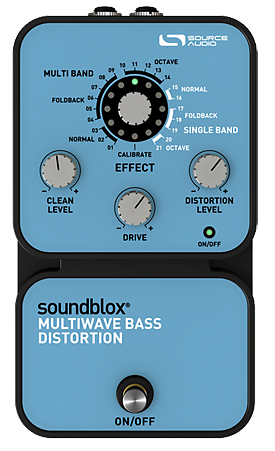 Chris Purifoy, Co-founder of the Restoring Music Foundation, and based upon a crowdsourced research document titled, “Defining the Music Industry Crisis.” Since the start of the project in 2007, the issues have been discussed in numerous professional music industry circles on LinkedIn (most notably within the well-respected Music and Entertainment Professionals group). In the end, after thousands of comments and seven subsequent editions, this article represents the eight and semi-final edition.