In the pursuit of tone, players need to determine what characteristics define the specific tone they desire. In many cases, we look towards our guitar heroes to help us find our way. In the case of the EVH Wolfgang Stealth electric guitar, you definitely wouldn’t be mistaken in thinking this guitar will help you sound like Eddie – he plays it, after all. But to actually play like Eddie is a whole other issue.

The EVH line of instruments is designed in part by the guitar icon himself. Each product is made to exact specs to replicate what Eddie Van Halen wants out of his gear. If you have the dough and it’s his sound and tone you’re after, or you just want a guitar that responds the way Eddie’s does, then this could be the end-all-be-all for you. For some of our editorial team, it’s nostalgic to play and possibly own a piece of rock history designed and built by someone we aspired to play like.

The EVH Wolfgang Stealth looks and plays great, and if you like playing in drop D tuning, you’ll love how well the built-in D-tuna works. A few idiosyncrasies aside, if you’re chasing Eddie’s tone, this guitar will get you part of the way there.

The EVH Wolfgang Stealth electric guitar is built in Fender’s USA shop and comes equipped with many high-end features you would expect from an artist model guitar, plus some extra surprises. The bolt-on neck is comprised of quarter-sawn maple topped with an ebony fingerboard – compound radius 12” to 16,” and 22 stainless steel, vintage sized frets. To make sure the neck retains its composure, there are two graphite reinforcement rods in this bad boy.

The two EVH humbucking pickups are mounted directly to the body for added tone and sustain. The three-position selector switch will throw you for a loop, though, as it is wired in reverse: up position = bridge pickup and the down position = neck position.

All hardware on the EVH Wolfgang Stealth is finished in black. The only light color objects on this guitar are the zebra pickups and body/neck binding.

EVH Wolfgang Stealth Electric Guitar D-Tuna closeupAll inclusive of the name brand, cosmetics, feel, and tone, this guitar is set up to ROCK! The EVH Wolfgang Stealth has the high output and sustain to provide just the right vibe for any rock/metal playing situation, and the feel to inspire your rock performance.

We found the Floyd Rose tremolo unit with locking nut provided excellent dive bomb capabilities while maintaining accurate tuning. The Wolfgang Stealth doesn’t have a floating bridge, so tuning won’t be an issue even if you break a string. However, you don’t have the ability to use the tremolo for softer vibrato lines, either.

The D-Tuna is a fantastic feature provided on the EVH Floyd Rose that enables instant drop D tuning at the flick of a switch on the bridge. We found the tuning stayed completely accurate when switching back and forth between regular tuning and drop D tuning — if only all of our guitars had this extremely well functioning feature!

We liked the friction of the Tone knob pot, which will ensure that tone changes don’t happen accidently. The Volume knob is of the low friction variety, making it super-easy to navigate with your pinky for those volume swells, but be careful! This super-slick control also puts your wild stage antics at risk of inadvertent volume changes if you hit it accidentally.

The EVH Wolfgang Stealth comes equipped with normal strap buttons. For a guitar of this caliber and price, we would have liked to have received the guitar pre-fitted with strap locks straight out of the box. Does Eddie really play his guitars without strap locks?

One totally crazy configuration we came upon was the wiring of the pickup selector switch. The location of the switch is found on the top horn of the guitar, which is fine, but the switch is actually wired in reverse! The neck pickup selection is actually in the down position and the bridge pickup is in the up position. This is totally non-standard and something to be conscious about when playing this guitar. We found ourselves constantly going to push the switch in the down position just because of how our brains processed it upon sight. If you don’t need to emulate Eddie in every possible way, it would be simple enough to unscrew the pickup selection jack and wire it in reverse for “typical” operation.

The neck of the Wolfgang Stealth was unfinished, and it was extremely fast and smooth to play. From an action standpoint, it played like butta’! We did notice that the high and low E strings were closer to the edge of the fretboard than we typically care for. Especially with the high E string, any pull-offs may fret out as a result.

From a cosmetic standpoint, we thought we wouldn’t have to worry about fingerprints thanks to the flat satin finish. Quite the contrary, though, as the slight roughness helped the EVH Wolfgang Stealth to capture fingernail scrapes and pick dust. This being said, the flat satin finish was still attractive to our eyes.

For purposes of this review, we married the Wolfgang Stealth with a Mesa Boogie Road King II and a Bogner Ecstasy Anniversary series amplifier. In both applications, this guitar ripped out some vicious, rocking tones in the overdrive settings a la Eddie Van Halen. If you want to run with the devil, the Wolfgang Stealth brings you one step closer to that goal. The clean settings, though, weren’t quite as dreamy.

As with the EVH 5150 III amp we reviewed previously, the Wolfgang Stealth electric guitar is purpose-built for overdriven, straight-ahead rock applications – designed by Eddie to sound like Eddie playing Van Halen songs, and that it does! The hot output of the Wolfgang Stealth’s EVH Humbucking Pickups gives the guitar tons of sustain for long singing lead lines while the mass of the body provides excellent depth for those drop D tunings and rockin’ chugs. Both the neck and bridge pickup provided some very useful tones for soaring lead lines.

The overdrive proved to be clear and definitive while providing a very creamy yet aggressive overdrive tone. If there is any doubt as to what Eddie’s tone might sound like, this guitar does a great job of delivering it, from rich overtones and harmonics to everlasting sustain. There was no sense of reduced sustain on our low E string from the D-Tuna, either.

On the clean side of the house, the guitar proved itself less useful for all-around general purpose clean applications. This could be due in part to the hot pickups without any coil split capabilities, or the mass of the guitar body. The pickups provided a clean sound without any sign of distortion noise, hum, or loss of attack. However, what we did experience from all settings through our clean amp channels was that the guitar produced a sort of “covered” tone, lacking the chime and bell tone of other guitars. It just didn’t have any real high-end presence or shimmer.

The clean tone tended to be a bit scooped and darker than what we usually experience from other similarly configured, dual humbucking guitars. This by no means renders the tone as unusable, and certain types of alternative rock players will especially love it, but this does take away from the guitar’s overall flexibility. If you need Strat-like spank or the twang of a Tele, you’ll have to grab one of your other guitars. But that’s ok. If you’re a regular MusicPlayers.com reader, you probably own at least three or four electric guitars on any given day.

The EVH Wolfgang Stealth electric guitar comes with an Owner’s Manual and warranty information. We found the information to be extremely valuable and useful in understanding each operating function of the guitar, set up, and maintenance. Specific topics include control functions, how to properly restring the double locking tremolo system, action set up, pickup adjustment, neck adjustment, intonation setting and general care of the guitar.

As a personal touch, the introduction of the owner’s manual begins with a “Thank You” from Eddie Van Halen. For added information and detail on the history of EVH guitars, there is interesting reading material on the EVH website.

The EVH Wolfgang Stealth (MSRP $3,999) can be found for just under $3,000 at retail. The price is a bit higher than other similar American-made guitars, though still in the ballpark for premium electric guitars.

After spending quality time with the Wolfgang Stealth, we can attest that the guitar performs at levels you expect from a professional instrument, while providing that authentic Eddie tone. If you’ve graduated to spending this amount of money on premium guitars, we found this guitar to be a definite “want to add” to our six-string family. 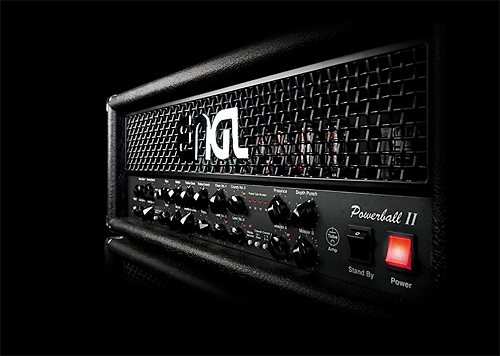