Known for their high-quality studio microphones, Blue has now introduced the Spark Digital.  Based on the analog Spark studio condenser microphone, Spark Digital offers USB 2.0 and iOS connectivity via interchangeable cables. Like other mics from Blue, Spark Digital is solidly built, sounds great, and should find its way into a number of applications that require high-quality recording on the go.

We were impressed by the heft of the mic itself.  Not so much that it is so heavy, but rather the construction felt extremely solid.  In our reviews of mobile products, there’s typically a lot of plastic in use, but not so with the Spark. It feels like a studio tool (and thankfully sounds like one, too).

When you open the box, besides the mic itself, you will find an equally solid tabletop shock mount, instruction booklet, and two sets of connector cables: one containing a USB connector for connecting to your computer, and another containing a 30 pin iOS connector to/from the mic.  For those with newer iPhones or iPads, you will either need a Lightning adaptor, or a future connector cable Blue is likely to make. A cool feature is that both cables also provide a headphone jack allowing for zero-latency monitoring, something we think is a very desirable feature.

The Spark mic itself has four small blue LED lights on the front to show levels, and underneath that is a combination knob and button that controls the gain, volume, and muting.  This also, not surprisingly, glows with a blue LED.  On the back of the mic is the Focus Control switch.  While set to Off (which is considered Normal Mode), the microphone provides increased low-frequency sensitivity, but while set to On (Focus Mode), there is more upper register sensitivity, intended to provide increased clarity.

When the knob light is blue, turning it will control the headphone volume- and this will be reflected in how many of the four LEDs light up.  If you hold the knob down for three seconds, all the LEDs change color to orange. This indicates the knob is now controlling the mic gain, which again is reflected in the number of LEDs glowing orange, and adjustable by the knob.  You may toggle back and forth (orange and blue) by holding down the button for three seconds.

To mute the mic completely (i.e., when our editor in chief tries to sing), simply depress the knob briefly (in either mode) and the LED will flash, indicating the mic is in mute mode.

The last item included in the bag of tricks is exactly that- a bag. The included drawstring bag is large enough to carry the Spark even while mounted in the tabletop shock mount (but we don’t recommend transporting it this way for anything but local stuff).

We were very impressed by the shock mount design. No matter what position we put it in, the mic stayed locked in position.  We even tried it at ninety degrees—parallel to the floor—and it stayed in position.

We fired up Apple’s Garageband on both a MacBook Pro and an iPad 2 to test the Spark Digital.  In both cases, it was pretty much plug and play (though you may need to choose your input source in the preferences).  We thought for vocals, the Spark delivered a nice, warm sound. The Focus setting was very subtle, at best, but we think it did improve the sound of our intimate, close to the mic, vocal recordings. We did, however, feel that a pop screen should be added for best results with close vocal recordings (if that’s of use for your mobile recording purposes, Blue sells an optional, custom pop filter/shock mount for the mic).

We also tried using the Spark Digital mic recording an acoustic guitar, and it captured the tone nicely as well.

Finally, we tried the Spark on an acoustic piano, and though our down-and-dirty setup for this was certainly less than ideal, Spark still did a decent job of capturing our performance in a “live” kind of way.

Really, it was nice hearing studio-quality audio through fully mobile recording technology. If you’re a podcaster this mic seems a bit over the top quality-wise, but certainly, if used in that capacity and recording in a quiet room, you’ll deliver broadcast quality podcasts with minimal effort. For direct-to-USB recording, the Spark Digital made us feel anything but blue. 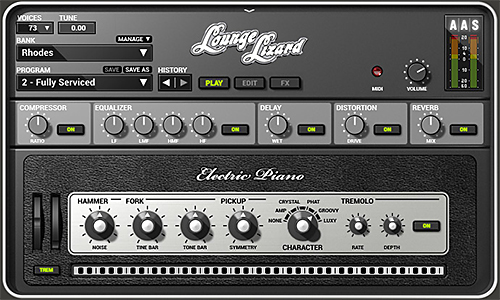 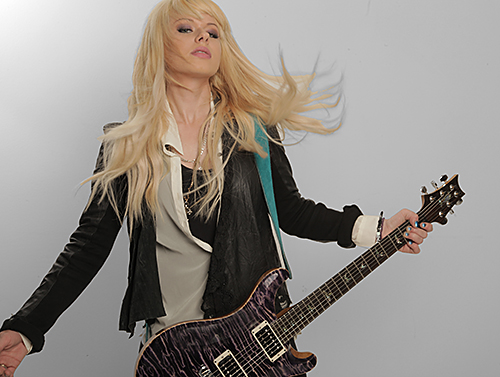