So, you are looking for a new bass amp and after trying everything new on the market you decide that what you really need is the vintage sound of a classic Ampeg rig, only cleaner. But sometimes you need a modern bass amp sound. And sometimes you play gigs where you are forced to go direct, so you need some versatility and direct output capabilities, too.

Well, you don’t have to search eBay to see if someone is auctioning off a collection of bass amps. But you do have to check out the versatile and great sounding Tech 21 VT Bass 1969 bass amp. Featuring classic SansAmp technology mated to a modern power amp section, the VT Bass 1969 is filled with a diverse range of tones from classic to modern rock that are infinitely useful, along with a direct recording output and a host of other features that let you easily integrate the amp into a modern bass rig for use on stage or in the studio.

We loved how easy it was to use the VT Bass 1969 and we were wowed by the wide range of great sounds that were available at the touch of a dial. This is a great sounding amp at a great price.

Each of the two identical channels has a very straightforward, no-frills interface with control knobs for Level, Bass, Mid, Treble, Drive (for adjustable levels of distortion), and Character. This last control is used to dial in the perfect Ampeg amplifier emulation for each user’s tastes.

The rear panel of the VT 1969 includes1/4 inch speaker connections and two Speakon connectors for a rock solid and secure connection. Other features on the rear panel include a SansAmp XLR Direct Out, so you don’t need a separate direct box for recording (or great live sound without mic’ing a cabinet). Not just for the stage, you can also use the VT Bass 1969 in the studio for direct-to-console recording and bring some classic bass tone to your tracks. Last but not least, there is a Power Amp input, a pre-amp output, and a dedicated output for your tuner.

There is no onboard compressor, nor a parametric (sweepable) EQ.

The VT 1969 is just 19” wide and includes an optional set of ears to rack-mount the unit. At just 2U high and 23 pounds, you could easily build a very compact rig around this amp.

The Tech 21 VT 1969 Amp was a breeze to set up: just plug it in, connect to our speaker cabinet, and start to play. We only had to decide which outputs we wanted to use and if we wanted to connect the SansAmp Direct Out to a recording desk or live sound board.

The footswitch included a ten-foot cable to position the pedal wherever we needed, and the front panel dials were large, clear, easy to adjust, and had a solid feel.

We enjoyed having a footswitch so we could dial up two different tones and jump from Channel 1 to Channel 2, or even blend both channels to arrive at our own unique bass tone mix.

The two-channel design enabled us to configure the VT 1969 amp in a few different ways. We could dial in the same tone on each channel but with different gain levels so that we could instantly switch from a bass with passive electronics to one with active electronics, or we could dial in two distinctly different tones and switch across them (or blend them) using the footswitch.

We also loved that both the SansAmp DI and Preamp outputs could be operated simultaneously. This proved extremely useful in the studio, where we could record our SansAmp “tone” as well as the unprocessed tone, and then blend to taste at mix time.

Finally we get to the best part of the review. The sound of the Tech 21 VT Bass1969 plays like a journey through time. The range of tones available, particularly by using the Character dial, was a long and fun task to explore. Every adjustment of the Character dial not only changes the tone quality but also makes subtle changes to the drive and attack of the sound as well. stack

We found it easiest to keep the Bass, Mid, Treble and Drive pretty much flat as we dialed through the sweep and then made small changes to our tone as we locked in the Character parameters. We also needed to make adjustments to our Drive setting to match the Character we selected: this pairing of controls is what really makes the VT Bass 1969 so diverse in the range of tones it delivers.

Once we locked in a couple of cool sounds, we were easily able to adjust the tone and drive controls to round out the perfect sound for each channel. This amp was a lot of fun to set up and it delivered a full, even tone without the sound being too bright or booming. The hardest thing was deciding on which two sounds to dial up. But with such easy access to adjusting your overall tone you could make a chart of all your controls, mark where the dials are set, and make quick changes on the fly.

Now that we had some basic tone settings we wanted to try the VT Bass 1969 out with a couple of different basses and speaker cabinets to see how these affected the tone of the amp. The first cabinet we used was the TECH 21 B410-VT 4x10 speaker enclosure. This was a nice match for the TECH 21 VT 1969 on many fronts: the look of the amp matched the look of the cabinet, and both Tech 21 pieces utilize Speakon connectors. The cabinet did a nice job of delivering the full range of tones we dialed in.

Next we plugged the TECH 21 VT 1969 into a Mesa/Boogie 2x12 bass cabinet (also with the Speakon connectors), and it delivered very similar tone reproduction as the Tech 21 cabinet, albeit in a cabinet with half as many speakers. The only noticeable difference was a bit more bass tone due to the twelve-inch speakers, but a slight tweak to the tone controls enabled us to equalize the sound very easily.

We played a number of different basses through the TECH 21 VT Bass 1969. We first used a vintage ‘70s Fender Jazz bass with standard, passive Jazz Bass single coil pickups. Next up was a modern Carvin Brian Bromberg five-string signature bass guitar (see the review here) with active electronics, and after dialing each instrument in to taste, the resulting tone was outstanding, which is to say that we enjoyed the VT Bass 1969’s ability to deliver authentic vintage Ampeg tone—but without any undue noise being generated by the amp. And face it. A vintage amp isn’t typically the most noise-free amp on the block, so you really get the best of both worlds here.

The hardest part about setting up the VT 1969 was choosing the particular tone that we wanted. The Character knobs gave us a huge range of tones from vintage to modern, and you can spend a lot of time playing with this control alone (as we discovered). Subtle changes to the Character knob and adjustments to the tone controls (and Drive) really delivered an amazing array of vintage bass amp sounds from the ‘60s through today.

The Drive control played an equally large part in shaping our tone. At low settings, it added warmth and depth to our tone, while increasing the control past 10:00 brought on the overdrive, fuzz, and distortion tones. If you want a dirty sounding, overdriven tone, it’s easily achieved, though our tastes leaned towards using this control a bit more subtly for color. With two channels, though, you can easily dial up some dirt on the second channel to bring in/out as needed.

In the studio, we paired the VT Bass 1969 amp with a classic Steinberger L-series bass, a Fender Geddy Lee signature bass, and a Rickenbacker, and recorded direct using both the SansAmp output as well as the unprocessed direct out. Our tone recorded beautifully, and it was a breeze to blend tones to taste as needed. Unleashing our inner Geddy Lee and Chris Squire was cake with this particular configuration whether we wanted the pristine sound of the Steinberger on clean tones or the grittiness of a Rickenbacker with some classic fuzz dialed in.

The TECH 21 VT Bass 1969 comes with an eight page Owner’s Manual detailing the features, functions and setups available. The second page lists a quick initial setup to get started right away, but further on it went into great detail for more technical rig setups. It also included excellent diagrams of the front and rear panels and the footswitch as well. Each of the functions and features was explained with a very straightforward paragraph and detailed drawing. 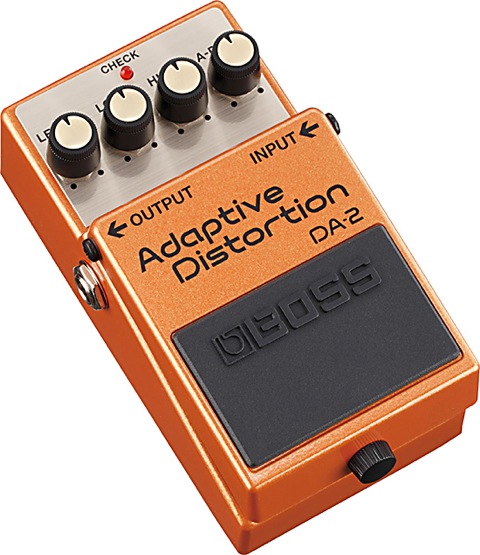 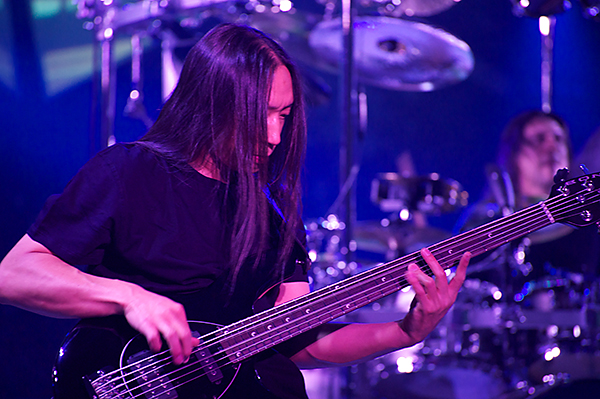 Getting to the Bottom with Bassist John ...

Joseph Dubbiosi, Writer (Bass), is a professional bassist and violinist, music instructor, and session player based in the NY metro area.