You’ve been racking your brain trying to figure out how to make your mix more cohesive. When comparing your mix to other references, it just doesn’t seem to have that “sound.” You know, that sound that says, “This belongs on the radio.” Moreover, you can hear everything clearly in your mix, but none of the parts seem to be blending the way you had imagined. Well, fear no more. Cytomic’s The Glue is coming to your rescue!

The Glue is the first plug-in from Andy Simper, founder of Cytomic. And suffice to say, he really hit it out of the park with this one.

The Glue accurately models the SSL 4000 G series bus compressor, but can also be used to make individual tracks “pop,” thanks a host of compression options that take it places the SSL bus compressor wasn’t specifically designed to go. But first and foremost, this plug-in can take a mix that seems decent but somewhat disjointed and turn it into a well-congealed mix that finally sounds like it belongs in the big leagues.

For pros mixing much (if not all) of the work in-the-box, The Glue is one of their secret weapons, and for good reason. With a brilliantly planned architecture, easy-on-the-eyes graphics, intuitive usability, and great presets to get you started, The Glue can help shape your mix into the radio-ready masterpiece you had always hoped it would be.

Allow us to wax technical for a moment: The Glue models an SSL G-series compressor very accurately; specifically, the side-chain envelope followers and the non-linearities in the side-chain section. However, it does not model the primary signal chain non-linearities. For practical purposes, that just means you won’t get any action in that regard until the compression is applied to your source signals. So unless you are obsessed with main signal chain modeling of the non-linear qualities, it’s not an issue. Additionally, The Glue has very low aliasing but also features oversampling to reduce aliasing even further. The aforementioned qualities aren’t something that will be in the forefront of your mind when considering features, however, the result of those “under the hood” details will be apparent and discussed in the Sound section of this review. With that said, The Glue boasts standard features such as A/B, input/output modes, and the aforementioned oversampling, as well as several other helpful features:

Overall, the feature set is very straightforward, and there are many presets that serve as a good starting point as you delve into the plug-in’s usability.

We tested The Glue in Avid Pro Tools 11 and 12 HD Native environments as a plug-in on our studio’s Windows PC with an Intel Xeon 10-core 2.6 GHz processor. Installation was simple: First, we created an account with Cytomic, and then we downloaded The Glue. Easy-to-follow instructions had us up and running quickly with a speedy authorization stop once we launched a session.

The Glue plug-in performed exceptionally well, never caused a crash, and was very light on CPU usage. We were able to use The Glue liberally on individual tracks as well as on different busses. We found the workflow within Pro Tools to be a breeze with easy access to presets, which enabled us to start making fine use of The Glue. All of the presets were conveniently divided into instrument and voice groups.

When we started using the presets, it was easy to quickly scroll through and find many useful sounds. Furthermore, all of the adjustments needed were located directly in front (no endless sub menus) for easy access.

Another excellent aspect of the usability of The Glue is the graphics. Specifically, the size of the plug-in is a welcomed site for sore eyes! Most users have to squint to see the finer details of most plug-ins but The Glue is huge by comparison! This simple detail shows that Andy Simper (The Glue’s creator) is intimately aware of the challenges that engineers face not only sonically but also visually. The interface is scalable, and we were able to select half-size or double-size, too. Of course, the graphics are just a surface convenience; the sound and ease of operation are what make The Glue an indispensable tool.

Although The Glue is very versatile and can be used in many creative ways; we would be remiss to not mention how to use it to emulate the classic G series compressor if that’s all that you’re really after. To impart your mixes with some of that classic sound, simply place the plug-in on any buss and drive to taste. As far as settings go, using the range knob between -60 and -80dB will most accurately deliver the classic SSL sound. We found this to be the case with buss compression, but no so much on individual tracks. Nevertheless, this is just one of many ways to employ this wonderful plug-in.

The overall sound quality of The Glue is above reproach! In all honesty, some of us on the MusicPlayers.com team have owned this plug-in for years, and after doing an inventory of past mixes, we find that it has been a go-to for virtually every session, whether used on individual tracks or busses. Simply put, this plug-in is one of the best sounding compressor plug-ins (if not the best) we have used. The reason is because of just how well it can emulate the classic SSL compressor… and also how different it can sound.

A little digging under the hood revealed that part of The Glue’s sound has to do with the way Andy Simper went about architecting the algorithm. Specifically, the SSL 4000 circuit has several control voltages that are usually limited via VCA (Voltage Controlled Amplifier). What The Glue does is employ the range knob to vary that limiting action. The result is what most engineers pay big bucks for, that “SSL sound.” In particular, they love the way it makes a mix seem to feel glued together.

What Cytomic’s The Glue does is give you the ability to have that sound, but also to create new and exciting compression effects.

If you listen closely to the vocal, you can hear how The Glue grabs the lead and makes it pop and also takes a six-part vocal and makes it completely congealed.

The presets do a very good job of showing what The Glue can do, which is both useful for less experienced mixers to get started and also useful for experienced engineers to highlight just how much this can sound not like an SSL compressor.

Cytomic has extensive online documentation, including an in-depth user manual. Additionally, one of the great things about a small developer is that Andy responds personally, and quickly, to questions and support issues.

The Glue sells for $99, which is priced for everyone. For the working mix engineer, it’s a tool that can be used every day without hesitation. We consider this an essential plug-in for anyone mixing in-the-box. 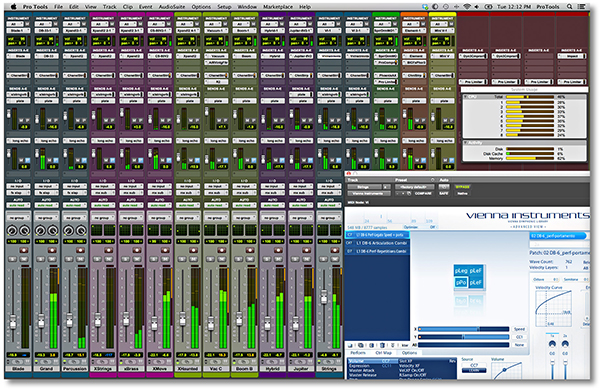 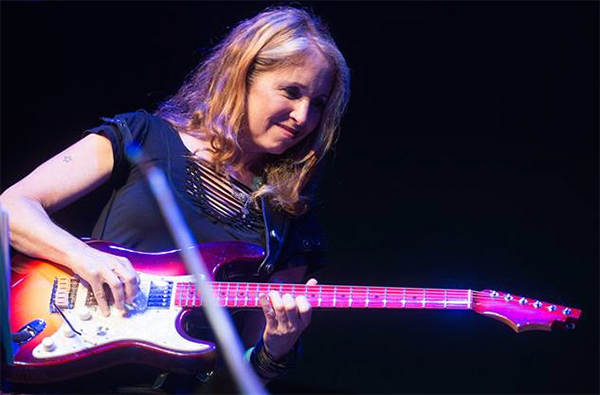 Jane Getter's Got It Going On (Guitar)