Novation has built more than a few memorable electronic music products, and the Bass Station monosynth was one such instrument, still extremely popular and now in a second revision. Imagine if a synth like that were polyphonic and optimized for a wider range of use? Sometimes, dreams do become reality, as evidenced by the subject of this review.

Novation has expanded upon the roots laid down previously, and now brings us the Peak polyphonic synthesizer. Combining digital waveforms, an analog multimode filter, effects, arpeggiator, and a modulation matrix, you get eight voices of sonic goodness. While admittedly the signal flow of digital waveforms through an analog filter is nothing new, it does tend to be a winning formula, and the Peak’s take on it includes some interesting twists to keep things fresh. You’d be hard pressed to find a single synth (of this architecture) that covers as much overall ground as the Peak, in such a solid fashion. Good sound, easy programmability, and solid construction make it a worthy addition to any rig.

Taking Peak out of its box, we couldn’t help appreciating the handsome appearance. Wood ends mated to a metal body provide a sturdy-feeling surface, with various knobs (forty-two control knobs alone) and sliders (eight) at your disposal. We really applaud Novation for this, as many manufacturers cheap out and utilize one control type or the other. It’s far more useful to have both knobs and sliders on one machine!

Controls are labeled with white lettering on a black background, and most functions are also indicated by orange LEDs (90 of them, to be exact). There’s also an OLED display, which gives plenty of information including patch names and parameter settings.

Unfortunately, there is an external power adaptor, which may bother some users. Around the back of the unit are headphone and stereo outputs, two pedal inputs, MIDI In/Out/Thru, a USB port (to carry data, not bus power), and a CV Mod In. Note that the synth has no voice panning and is monotimbral, so you do need some “help” from the effects to get the most out of your stereo setup.

Speaking of output, you may be wondering how the Peak creates sounds. The oscillators are digital, and use NCOs (Numerically Controlled Oscillators) generated by an FGPA at a high clock speed. The end result is that the high clock speed produces clean and accurate waveforms: Sine, Triangle, Sawtooth, and Square. These are so clean sounding that Peak provides multiple entry points to add distortion (if you choose).

There are three Oxford oscillators for each voice, and besides the NCOs, the oscillators can also use digital wavetables (of which there are seventeen, each containing five waves). Per voice, there is also a noise generator, one ring modulator, two LFOs, one amp envelope, two mod envelopes, and one filter. The filter can be variable state, 12/24 dB slope, low band/band pass/high pass, pre-filter overdrive, or post-filter distortion. The pre filter has a dedicated knob, whereas the post filter is accessible via the menu. A diagram of the signal flow is as below:

You get four banks (A-D) of 128 patches, for a total of 512 patch memory locations, half of which come pre-populated with sounds. A nice touch is that there are dedicated buttons to save and audition patches. And, all of the controls can send MIDI CCs or NRPNs! The OLED screen is particularly handy, as, among other things, it can simultaneously show current and saved values for a parameter you are tweaking.

There are several play modes, and while the expected poly and mono choices are there, there is also a choice called Mono 2. In this mode, each note is played on a new voice. Traditional vintage gear will inevitably produce slight differences in each note/voice, and Peak, though possessing digital oscillators, can be made to sound convincingly similar to analog gear in this variable regard.

The modulation matrix has sixteen modulation slots per patch, with each slot having two sources to one destination. There are seventeen modulation sources (modulation wheel, LFO, amp envelope, aftertouch, etc.) and thirty-seven modulation destinations (oscillator frequency, noise source, ring modulator level, etc.). While not an FM synth specifically, using the modulation matrix gives access to the Peak’s linear FM implementation. Peak accomplishes this by having each oscillator serve as the modulation source for the next in sequence, with Oscillator 3 acting as the source for Oscillator 1 (thus completing the circle). Utilizing this will get you into FM sonic territory, though no one would confuse the Peak for a DX-7. Still, it’s good for bells and percussive metallic sounds.

The effects include distortion, chorus, reverb, and delay. The default routing is parallel, though this path can be changed to serial, in any order you choose. There are three chorus types, but no other modulation types such as flanger/phaser. The delay can be tempo synchronized, and maximum delay time is 1.4s. Reverb has three choices, with adjustable pre-delay and modulation. The reverbs aren’t described in any great detail other than the manual saying “3 is the largest.”

The arpeggiator has several modes including up, down, played, random, and chord modes. You can also choose key sync (restarts for each new note) and swing. There is also a dedicated gate control to help create dynamics (i.e., staccato). While not part of the arpeggiator per se, there are dedicated “Animate” buttons which are On/Off buttons for modulation of your choice, providing some clever real-time performance possibilities.

Though we didn’t delve much into it for the scope of this review, there is now available Novation’s Component librarian software, which enables storage of an unlimited number of patches to your computer (Mac and PC).

There’s a lot of firepower here. Fortunately, despite the ample number of hands-on controls, we found it remarkably easy to navigate. There was definitely some thought behind the layout, and Bass Station II users will feel particularly at home. It doesn’t hurt that Chris Huggett, the man who designed OSCar and WASP, serves as a consultant for Peak’s design.

All knobs and sliders had a very sturdy feel and did not feel cheap in any way. And although a little bit on the small side, we didn’t find the control labeling difficult very difficult to read.

One neat feature is the Shape knob, which controls the oscillator wave. The effect heard depends on the wave shape, but, to simplify, the sine wave adds harmonics, triangle morphs into square or wavefolds, sawtooth shape modulation applies a phase shift to the second sawtooth and, square wave affects the pulse width modulation. This allows for interesting possibilities, though it also helps to create more familiar sounds such as a thick double saw.

Entering the Oscillator menu will allow you to add dirt to those digital waveforms. Divergence and Drift are two of those functions. This adds some detuning to the voices, with Divergence specifically creating the voices to be detuned from each other. Funny how tuning issues were the bane of existence for vintage gear and now we add a function to bring it back on modern gear! Jokes aside, these are welcome features to help truly get that analog sound, as many would argue that sonic imperfections are all part of the classic analog sound.

One other neat feature is the VSync feature, also found in the Oscillator menu. Traditionally, this is the use of one oscillator to add harmonics to a second (slave) oscillator. Peak uses a virtual oscillator for this purpose, or to be more precise, a virtual oscillator is present for each of the three oscillators. The virtual oscillators themselves are not heard, but their frequency is used to re-trigger the main (audible) oscillator. This allows for further possibilities creating complex sounds. The manual has a nice explanation of this and even provides diagrams and examples of how to use this.

Happily, most functions were instantly accessible by hard-wired controls, and those that were accessed from the display were fairly straightforward to locate and utilize. Kudos for a well-thought-out machine.

Digital oscillators through an analog filter is familiar territory, and the results are nearly always pleasing. Peak is no different, as it too is a winner. While some could argue the wavetable is fairly small and comparatively conservative (other synths have significantly more), Peak utilizes them well, and between the modulation options, effects, and routing possibilities, you really can cover a lot of ground in good, and sometimes spectacular, fashion.

Smooth pads, thick leads, and percolating atmospherics are all possible here. Certainly, a step sequencer might provide a few more sonic possibilities beyond the arpeggiator, but the Animate features helps with creating sounds that aren’t the same old stuff. Utilizing some of the more unusual tables also helps if you’re trying to create more unique, moving sounds.

The presets are solid, though perhaps if judged out of the box unchanged, some are somewhat less engaging than we’ve heard from other similar products. Of course, there is an easy fix: turn some knobs! Nevertheless, there are some cool patches to start with, some simple (like Convergence, which sounds like the THX demo at the movies), to Van Halen 1984-era synth work, to modern sounding leads.

Perhaps the best way to put things is to say that Peak’s strength is that it does a wide range of things well. You may find, for example, an instrument that does leads slightly better, and another instrument that does pads slightly better, but you’d be hard pressed to get the depth and breadth of classic analog sounds the Peak generates entirely from one instrument. If you have few or no synths in your keyboard collection (i.e. mainly piano/organ), Peak just might be all the analog polysynth you need.

Peak is pretty straightforward, but if the printed Quick Start guide isn’t enough, there’s a detailed PDF manual to help. We thought the manual was great, as there was even a section that explain basic synthesis principles. There are good feature explanations, diagrams, and even tips for synth techniques to try out. If only certain other synth builders would take heed!

Novation Peak (MSRP $1,599.99) sells for $1,299.99 USD, a good value. You are getting an eight-voice hybrid polysynth that is well built, easy to use, and covers a wide range of sonic territory (mono-timbral design notwithstanding, nor the limited palette of wavetables).

We also wish there was a rack-mounting kit, instead of only an optional tabletop mini-stand, which would help facilitate use in a live keyboard rig. In the end though, we think Peak is a solid piece of gear that deserves your consideration. 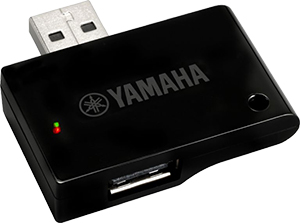