A Minute With the Minneman: Drummer & Multi-instrumentalist Marco Minnemann

There are many insanely technical and talented drummers out there, making it a challenge to stand out from the pack and become one of the greats. To become recognized as one of the greats, measurable things like how tightly you play to a metronome or how many rudiments you know do not grant you an automatic spot on the list. Rather, it’s a combination of creativity, drive, hard work, and personality that will take you to the next level.

A German drummer by the name Marco Minneman is easily working his way up the list, and he is in high gear with no sign of hitting the breaks anytime soon. Many musicians first learned about Marco Minneman during Dreams Theater’s drummer search back in 2011, when he was invited (as a finalist) to audition for Mike Portnoy’s vacant spot in the group. Minneman didn’t land that coveted gig, but it certainly didn’t slow down his musical journey, as he then went on to co-found the jazz fusion/instrumental prog rock super group, The Aristocrats, which features Guthrie Govan on guitar and Bryan Beller on bass.

Check out Marco’s earlier history, however, and you’ll discover what led to his current success. His sonic resume includes, to name a few: Paul Gilbert, Mike Keneally, Tony MacAlpine, Joe Satriani, and Adrian Belew.  Marco tours in support of some of the most talented musicians that are around today, and it’s his combination of deft skill, personality, and team player attitude that keeps it all moving forward.

Marco does not limit himself to playing drums, though! He is a multi-instrumentalist, someone who simply loves music and creating it in any manner possible. His two latest solo albums, EEPS and Celebration (newly released), feature Marco playing… every instrument! We found a sliver of free time in Marco’s busy schedule to learn more about his latest solo work and random musical projects.

“When I write music, I want to hopefully be unique.”

MPc: You’re known first and foremost as a drummer, but as your solo albums reveal, you’re a very solid multi-instrumentalist. How did you develop your skills across this broad range of instruments, and what came first?

MM: A two-keyboard and foot-bass organ was the first instrument I had lessons on at the age of five. Then after I started learning guitar and then around when I was eleven I started with a drum set.

MPc: It’s been only two years since your previous solo record, EEPS. How did you find time to make a Steven Wilson record in the midst of making two lengthy albums on which you play nearly everything?

MM: It actually has been one year between EEPS and Celebration. I just love writing music, it feels natural to me and belongs into my environment such as eating food. [laughs] And there’s always time to write. These days you can carry portable audio interfaces with you, which allow you to compose and record in back stages and hotel rooms. Very convenient. MPc: One of the stand-out tracks on your new release, Celebration, is “It Always Seems.” The last 40 seconds sound like there could be some King Crimson influence. What was your inspiration to write this song?

MM: Honestly, when I write I never think about any sort of comparison. It’s really only the idea that counts and then I’ll just do what my feeling directs me to do. But I’m aware that people a lot of times want to compare music. And that’s okay, I’m actually quite happy about certain names mentioned, though most of the times, as in this case, I don't even know a lot of their records.

MPc: Do you prefer to work alone while writing music or do you like to collaborate with other people?

MM: I like writing alone, as I can get my point and message across fairly quickly.

MPc: Does Celebration have a particular message or concept?

MM: Not necessarily. I write songs and once a certain amount is there, I make a playlist and see which ones could fit to each other and form a vibe or build a sort of union. And I guess there mostly will be a homogeny as the songs come from a certain period of time they were written at.

MPc: Celebration features some beautiful melodies and epic triumphant sections. What was your creative/songwriting process like? Is there any particular instrument you started with for each song?

MM: Oh hey, thank you. I remember Steven Wilson and also Joe Satriani wrote me very nice emails about how they loved the album (which I’m very grateful for), pointing out pretty much what you said. Joe mentioned “Ugly Sunrise,” where I really focused on this extreme build up morphing in and out of major and minor scales, to then open up towards the end of the song. I’m glad some people are able to catch these subtleties, means a lot to me.

And it varies on how I start a song. Could be a guitar riff, sometimes a piano line, lyrical content, or a drum/bass groove or pattern. I just let it fall from the sky. [laughs] But lately I’m messing around with that beautiful 8-string guitar, which Ola Strandberg gave me, some songs with approach are featured on Celebration as well, such as “What Have You Done,” “How Can I help You,” and “Miami.”

MPc: How much theoretical knowledge do you use when you are writing? Do you simply just follow your ear or do you score the songs?

MM: I like to be aware of what I’m doing. But I can clearly say that I like following my ear in the end. It’s the natural way of capturing ideas, in my opinion.

MPc: Do you aspire to put a touring band together to perform your solo material, or is it just meant to be a songwriting outlet in the studio?

MM: You can hear some of my solo album songs on and off being performed with the Aristocrats. But usually, since there are many layers and orchestral parts, it would be quite an effort to take that thing on the road [laughs]. So, mainly, my solo albums are a studio effort. More like a film score. MPc: Being that Hand. Cannot. Erase. is Steven Wilson’s first “collaborative” solo album, what was the writing process like compared to The Raven That Refused to Sing? Did you contribute any ideas beyond the drum kit? What was it like writing with Guthrie Govan and Nick Beggs?

MM: I’m in Steven’s band since 2011 and I’m given a lot of freedom in this format, which I’m very thankful for. And yes, I get asked for input, and I do believe that the band is part of how the albums and songs sound. Hand. Cannot. Erase. started out more mellow sounding than the previous album, and I wanted to bring some ‘fire’ into the production, just as an example, especially on songs like “Home Invasion” or “Ancestral.”

MPc: Was there any particular difference between the drum kit you played on the Wilson sessions vs. your solo album?

MM: No, it’s pretty much the same set-up. But different studio, miking, etc.

MPc: Has working with Steven Wilson—who is arguably one of the best songwriters alive—had any impact on you as a songwriter? Is there anything particular that you have taken away from your time spent being around him?

MM: I didn’t know of Steven’s work until 2011. And the bands and artists I grew up listening to are Frank Zappa, Led Zeppelin, and Queen, to name a few. Also, I have been writing music since the mid ‘90s. So, I have to give this answer a “No.” When I write music, I want to hopefully be unique.

MPc: How much time do you spend keeping your chops together practicing vs. playing/recording/working?

MM: Well, I play a lot and most of the development happens while writing. There’s a purpose to translate ideas from your head onto the instrument. That’s basically really what I do.

MPc: Every pro drummer has a super personal relationship with their drum company. What do you love about DW drums, and can you tell us the specifics of your kit(s)?

MPc: I think you have a very unique ride cymbal sound. What do you look for when you try new cymbals out?  What is your go-to ride cymbal?

MM: I like a fairly dry, defined sound. Washiness is not that welcome, especially when bleeding into other microphones. So, right now I’m using a Zildjian 21” K Heavy Ride.

MPc: How involved do you get with the engineering of your drum sounds? Are you also a studio geek, or do you just leave the technical stuff to the engineer?

MM: Oh I’m a huge gear geek. [laughs] At home, I record everything myself. That’s the short answer, as that conversation could well go into all sorts of details. [laughs]

MPc: What is the secret to your instantly noticeable kick drum sound? Is it the tuning or the mic technique?

MM: Thanks for thinking that! I usually use two mics, one D112 on the inside, pointing at the beater, then one D6 around 2 inches outside to get some air and additional low end. Tuning wise, actually since I’m using a 24” kick, in my home studio a 23” at the moment, sort of medium tight.

MPc: One of my favorite Internet discoveries in the last year or so is a band/artist called Plini, in which you played drums on their latest release. How much say did you have in the drum parts? Did you have creative freedom to do whatever you wanted, or were you just a session guy playing parts they wrote?

MM: Oh, ha, that was really fun. [laughs] Plini sent me the songs and gave me ultimate freedom with my drum parts. So I recorded them at home and sent them back to him.

MPc: You are highly sought after for progressive rock drumming, and must get flooded with requests to play on other peoples’ music. Are there any interesting projects you wish you hadn’t passed on, or had more time to work on?

MM: Strange and funny thing is, I don’t really have much prog roots. I’m a Rock, Metal, Indie, Punk, Jazz and modern composition guy. So it’s kinda’ cool in a way that some people think or affiliate me with the prog genre. I don’t think I even own many prog albums. [laughs] But, I’m actually quite happy doing what I do at the moment.  I for sure keep an eye open for fun collaborations or bands.

MPc: I must ask this question for all the metal heads out there: What was it like playing with Necrophagist? Did this gig require lots of practice time or was this something that came natural to you?

MM: Well, that was really very designed music. Not so much freedom, and it became more of a routine once the material was learned. Cool stuff, though.

MPc: Some of my favorite work of yours was with Paul Gilbert. I spent countless hours as a teen watching the Space Ship One DVD. Any chance we could find you playing something new with Paul in the future?

MM: Thanks, once again. Right now there many other things going on. But maybe at some point. You never know …

But wait… just one more question!

MPc: Are there any future projects you can tell us about at this time? It was surprising to find you not touring this summer with Steven Wilson.

MM: Well, I have to concentrate and set priorities, of course. And Joe Satriani, my solo albums, and the Aristocrats pretty much fill out my schedule. Steven Wilson happens as well, but we have to coordinate these things. That’s how that works. 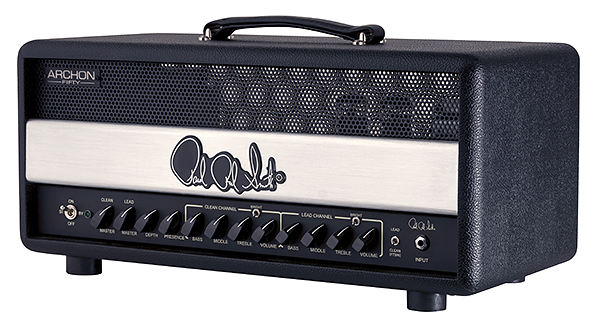