Our first experience with a headless Kiesel guitar was when we reviewed the Carvin Alan Holdsworth HH2 signature instrument. That guitar was fantastic from non-headstock to toe, and its Holdsworth-spec’ed custom pickups and semi-hollow body helped make it as unique sonically as it was cosmetically.

Enter the Kiesel Vader series, which obviously hails from a similar place, but is designed with the rock and fusion shredder in mind. Far more than just a different body shape, the V7 Vader delivers traditional solidbody tones that will appeal to players with rock and metal interests more so than the jazzier Holdsworth instrument.

For players ready to embrace a guitar with a modern vibe—and tone to match, this is a worthy seven-string beauty, full of Kiesel’s attention to detail throughout. It’s also an insane value if you stick to the basic configurations offered, but as you probably know, Kiesel provides numerous options to fully customize each model to your particular taste. We ordered a few of those upgrades both inside and out of our Vader, with the zebra wood fretboard being a crowd-pleasing favorite (and still for a price far less than rival USA boutique builders). We’ll be playing this guitar at our next Mos Eisley Cantina gig for sure.

The force is strong in this one… or at least, it had better be strong in you, because when you hit the stage wearing this blue mist metallic finished Vader, you can bet that all eyes will be on you. It’s quite a stunning instrument to say the least, though fans of more traditional guitars may find themselves at odds with this modern beauty.

The Kiesel V7 Vader we reviewed is a seven-string, solidbody, headless guitar with neck-thru construction. Beneath the cool blue exterior of our custom creation lies an alder body with a maple top, joined to a five-piece, all-mahogany neck with a zebra wood fretboard.

Looks can be deceiving, as the lack of a headstock makes the neck appear shorter than it actually is. Our V7 Vader has 24 stainless steel, medium-jumbo frets, and a clear satin finish on the back of the neck (as does the entire instrument).

The neck has a familiar 25.5” scale length, and is 1.91” wide at the nut and 2.61” wide at the 24th fret, fairly compact for a seven-string instrument. The fretboard has a 20” radius and offset dot inlays, and the guitar features volume and tone control knobs that are cut from tamarind wood. Combine these details with the bright white, direct-mounted Kiesel Lithium KL14 humbucking pickups and the Hipshot hardtail bridge, not to mention a set of Dunlop Straplocks, and you’ve got one modern tone machine.

For those of you who find yourselves less adventurous or more adventurous than we were, you can order Vader guitars with six or eight strings, add a tremolo bridge, and even add a multiscale (fanned fret) option! Weighing just barely over six pounds, strapping on the Kiesel V7 Vader is a comfortable dream. The guitar was lighter than what we've become accustomed to, so depending on application and preference this is something you’ll either welcome or reject. One great thing about the light weight of this guitar is how easily we could get through multiple sets of live music without any fatigue.

The headless design coupled with a 7th string may take some players a bit of adjusting (you can get the Vader in a six-string configuration as well). The lack of a headstock really is an optical illusion of sorts… at a glance, you instinctively think the neck is a ridiculously short scale, yet if you close your eyes or look away and play, all is perfectly fine, and frets fall right beneath your fingers where they belong on a 25.5” scale length neck.

After an hour of play, we found ourselves acclimated to the vibe of a headless instrument, and we found the Vader to be a formidable seven-string guitar, with effortless play across the neck. The fretwork is impeccable, and the zebra wood fretboard felt similar to playing on an ebony surface. For both rhythm and lead work, the neck proved fast and comfortable. Players just making the move to a seven-string instrument will find the transition pretty seamless on a Vader, as the neck is not much wider than some six-stringed instruments we’ve played.

The five-way selector switch and the beautiful tamarind wood knobs functioned well and were smooth to operate. They are well placed out of the way, yet easy enough to get to when needed.

The guitar’s action right from the Kiesel factory was nice and low, facilitating its effortless playability. The low action was shred appropriate and mother approved.

String changes are easy enough but do require an Allan key. Fortunately, you don’t have to cut the balls off the strings nor use special strings—your favorite strings will work just fine. The procedure is detailed in depth on the Kiesel website, and we’ve seen some videos online for the easy process as well.

The truss rod channel is exposed at the headstock-less end of the neck of the guitar, making truss adjustments easier than most standard electric guitars. This is easily achieved without any risk of string breakage as you may have experienced with truss rods located in between your strings at the body end of the neck. Given the Kiesel Vader targets a more shred-minded audience, we first plugged the Vader into a Mesa/Boogie Mark V, which was paired with a vintage, oversized Mesa Rectifier 4x12 cabinet loaded with Mesa’s V30 speakers. This was definitely a great choice! Set to the MKII mode, the articulation on the low B string was all about prog rock and djent precision. The low end was well balanced, and we were pleased with the presence of the Kiesel KL14 humbucking pickups. In fact, we preferred them over other seven-string pickups in our arsenal such as the DiMarzio Blaze II, as the KL14 had a noticeably better presence and articulation. Given the extended depth of a seven-string guitar, we did have to pay special attention in dialing in our Bass knob (you know how sensitive the low end is on Mesa amps). Once we set it, though, high-gain, classic Mesa bliss!

We then decided to try the Vader in a more classic rock rig setup, plugging into a Metropolous Metroplex mated to a Mezzabarba 4x12 loaded with Greenbacks. This rig’s EL-34 tone is a classic rocker’s dream rig, but the tone isn’t optimal when paired with this guitar. Through this rig, the Vader did not demonstrate as rich a harmonic complexity as some better-suited instruments such as one of our classic Les Paul instruments.

The Vader did not sound bad in this application—it was clearly still a premium guitar in sound and feel, but these amps don’t handle seven-string tones as well. Low B riffs were a bit on the muddy side, though single-note melody lines did shine through nicely. And, when we selected the Metropoulous’s Boost mode, we achieved very pleasing saturation for lead work.

Finally, we plugged into an ENGL Powerball II head, where the Kiesel V7 Vader revealed its prog rock and prog metal character beautifully. Through the amp’s immaculate clean channel, we achieved highly Strat-like tones, with great woodiness to the tone when picked hard, and good spank when playing funky rhythm work.

Playing through the tight, higher-gain and metal voicings, the pickups remained quiet and tight, with good, clean note articulation while playing our favorite complex chord voicings.

Overall, the pickups have medium gain output and sound great in most rock, pop, and fusion applications, though we think that blues players would be served better by a creamier sounding pickup (or guitar). Besides, blues players would have a hard time justifying the cosmetics of this instrument.

Tip: It’s easy to select build options that work to your sonic advantage or disadvantage. If you prefer the jazzier sound of the Holdsworth guitar but crave the Vader’s modern vibe, add the chambered body option along with the Allan Holdsworth signature pickups. If you crave more of a blues or classic rock voice, opt for a (heavier) mahogany body beneath the maple top.

Kiesel provides excellent guitar documentation, though you’ll have to visit the website to grab a downloadable PDF (link is on the instrument’s product page near the Guitar Builder button). It includes color photographs and text that fully explains how to change strings and make typical guitar adjustments. For players who never owned a headless instrument—like most of us, this documentation is worth reading.

The Kiesel V7 Vader (MSRP $2,699) starts at $1,249 before customization—for an American-made, custom shop instrument! Our tested guitar came to $1,900, which is still a great price for a highly customized, boutique guitar. 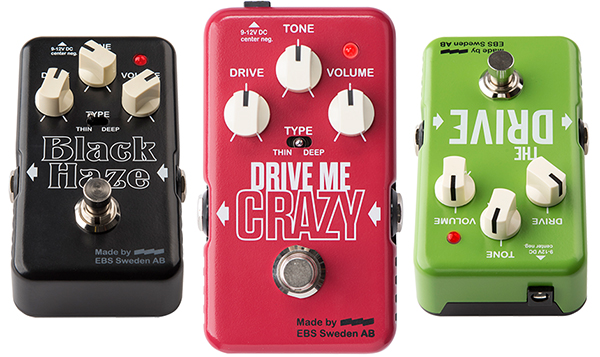