Ghost is back on the road this fall, hitting 40 major markets in North America including Phoenix at Comerica Theatre on November 10. Let me know if you'd like to preview or cover this memorable show.

The Grammy-winning Swedish rock/pop band is led by creative powerhouse Tobias Forge, who has been referred to as "the Andrew Lloyd Webber of rock." He is Ghost's creative force, singer, songwriter, musician, and architect of the elaborate storylines that are woven throughout the band's four full-length studio albums, EPs, music videos, webisodes, and live shows.

Ghost is well-known for its theatrical stage shows - they also just announced a 2019 tour with Metallica in Europe. A Ghost show is presented in two acts with an intermission, similar to a play. For the upcoming "A Pale Tour Named Death Tour," frontman Cardinal Copia (Forge's character) and the now expanded band featuring seven Ghouls and Ghoulettes will present a two-hour program on a striking stage set performing some of the band's most popular songs from Ghost's catalogue including selects from the band's new album Prequelle like "Dance Macabre," the band's brand new single, and "Rats," the song that held the #1 position on the Active and Mainstream Rock Radio charts for nine weeks, becoming the longest-running track to top those charts this year. Prequelle, is loosely based on The Black Plague of 14th century Europe, a metaphor Forge hopes will apply to the societal ills of today.

Forge grew up listening to a wide array of 70s and 80s rock - Alice Cooper, Journey, Kansas, Boston, Black Sabbath, Jefferson Starship, Iron Maiden, and Foreigner - and is a hardcore music junkie; at home in Sweden, he has a most impressive collection of vinyl, cassettes, CDs, and VHS tapes, and when on tour, he regularly arranges for visits to local record haunts and ships back even more treasures.

If you haven't seen their videos yet, I highly suggest checking out "Rats," released earlier this year - https://www.youtube.com/watch? v=C_ijc7A5oAc 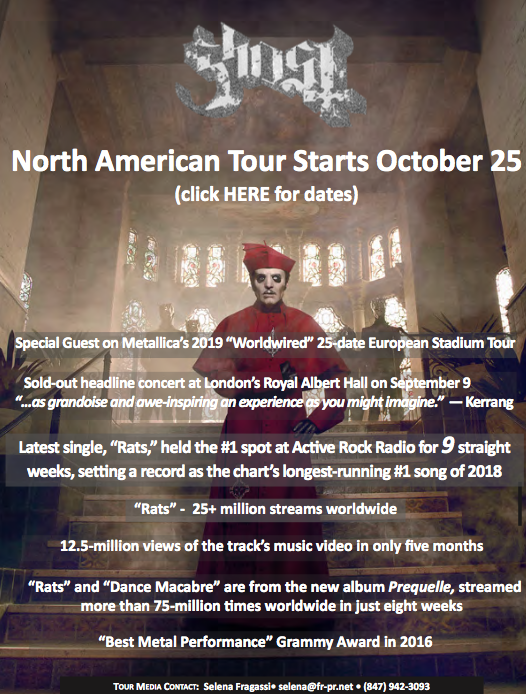 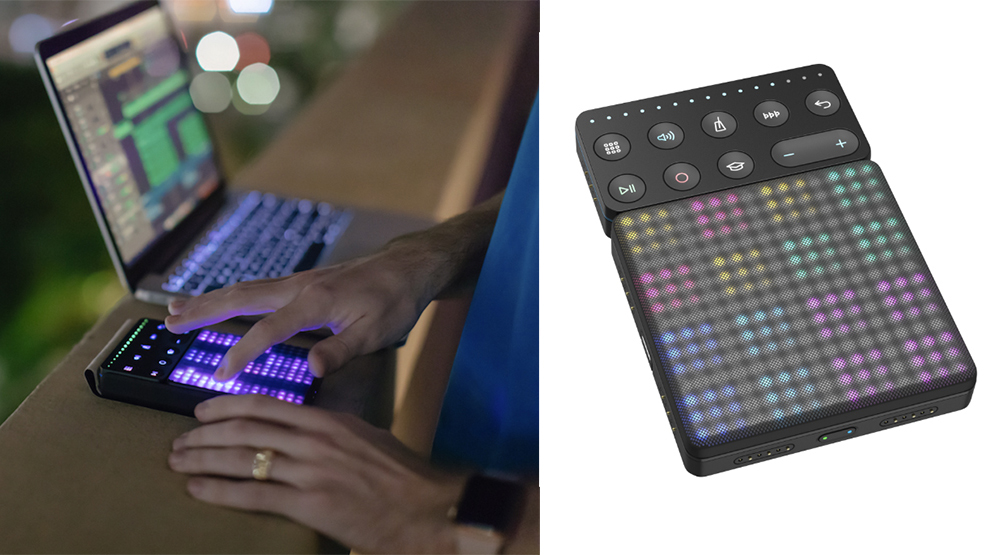