While the RJM Music Technology Mastermind GT remains the mother of all professional MIDI foot controllers, it carries a hefty price tag and takes up as much space on the floor as some players’ entire pedalboards. RJM’s latest foot controller in the series, the Mastermind LT, provides guitar players with a much simpler and affordable solution in a package that is considerably more compact… and it’s also a useful tool for keyboard rigs!

If you’ve got a multi-channel amp, a variety of effects (pedals and/or rack gear), and an audio looper, the Mastermind LT delivers most of the same capabilities as its big brothers in the product line, once again delivering supreme ease of use and great flexibility. We don’t have patience for programming MIDI foot controllers like we needed to back in the ‘80s and ‘90s, and RJM Music Technology products continue to make sure we never have to revert to past painful behaviors. Basic controls work right out of the box, while an easy-to-use computer-based editor makes easy work of more sophisticated control behaviors.

While many foot controllers designate specific foot switches for tasks such as selecting presets via Program Change (PC) messages, toggling functions on your amps or effects via Continuous Controller (CC) messages, setting tap tempo, or selecting banks of sounds, the sky is the limit with the Mastermind LT. You can assign any function you need to any footswitch, and there are color-assignable LEDs associated with each Carling-style footswitch.

We used to get excited talking about all of the different MIDI program change (PC) and continuous controller (CC) messages that could be sent from a single button press, but it seems almost trivial to reduce the Mastermind LT to such a conversation. For those who need to know, up to 16 PC messages and up to 20 other MIDI commands (CC messages, tap tempo, bank select, MIDI notes) can be sent from a single button press.

There’s one input for an expression pedal, and an external switch input can be used for everything from assigning a dedicated external tap tempo pedal to selecting a favorite lead sound. The jack accepts single or double pedals via a TRS cable, and it’s just like adding one or two additional, fully-configurable buttons to the unit that you can place somewhere else on your pedalboard. A function switch jack is provided for changing channels on your amplifier, assuming it supports switching jacks for this purpose. Some players use the switching jack for other functions like operating lights or fog machines, too!

You can connect multiple Mastermind LTs together for easy access from multiple locations across the stage (or for your tech to make changes from the sidelines).

The Mastermind LT has memory for up to 768 presets. For the busy session player and gigging musician, you’ll appreciate that you can arrange your presets into songs (up to 1,008) and set lists (up to 64).

USB connectivity provides access to the Editor software, which makes configuring your patches and set lists a piece of cake, while also providing a convenient way to back up your settings and upgrade the controller’s firmware.

The Mastermind LT has numerous power options. First, it supports phantom power over a DIN-7 MIDI cable, so typical pro-level guitar rigs may be able to power it directly. Second, it can be powered via typical 9v-12v power supplies. A wall-wart style power supply is included, but many popular pedalboard power supplies are capable of powering it as well. And finally, the Mastermind LT also supports power over USB. If you’re using the Mastermind LT with a computer to control virtual guitar rigs like Helix or AmpliTube or to run the RJM software editor, all you need is a single USB connection for power as well as MIDI/data connectivity. Nice!

Guitar Rig #1: Basic
First, we just connected the Mastermind LT directly to an Eventide H9 Max pedal. In its default mode of operation, stepping on the four numbered footswitches selected corresponding patches in the H9 pedal. The Bank Up/Down buttons let us select new banks of sounds, but as the numbering is sequential when we stepped up into Bank 2 and stepped on footswitch 1, this called up preset 5 in the Eventide unit (not pictured).

As you can see, the Mastermind LT is compact enough to fit on most pedalboards.

Guitar Rig #2: Advanced
Next, we set up the Mastermind LT as the foot controller for a typical pro guitar rig comprised of an ENGL Powerball II head with multiple pedals including the Eventide Space and H9 MIDI-controllable effects, and an RJM Rack Gizmo audio looper/function switcher.

Our Rack Gizmo had pedals in various audio loops, and a multi-function cable connected to the amp provided control over this multi-channel amp’s numerous options.

Just as with our basic example, it was a simple process to select presets in our guitar rig. Stepping on footswitch 2, for example, called up a setting in our Rack Gizmo where our amp was set to its third channel and two of our pedal loops were activated.

Stepping on the Function footswitch on the Mastermind LT switched it from PC mode to CC mode, and in this mode, the four numbered footswitches transmitted CC values to our Rack Gizmo. By matching the CC values between our Mastermind LT and the Rack Gizmo (an easy task), we assigned the footswitches to turn our individual pedal audio loops on and off. Thus, even though we selected one particular sound for a song of ours, we could then manually turn individual effects on/off as needed during the song.

Because additional MIDI data can be transmitted beyond that first, default PC message, we were also able to create presets in the Mastermind LT so that when we stepped on a footswitch to select one of our settings in the Rack Gizmo for overall amp and loop control, we also sent a second PC message on another MIDI channel to our Eventide H9 to call up a specific patch.

Setting this up, and storing song names, was a simple thing using the included software editor. All this took was a USB cable connection from the foot controller our computer, and two minutes of time to download the latest editor from the RJM website and install it.

In the set list manager portion of the editor, we were able to arrange set lists, songs, and our presets. Multiple presets could be easily assigned to specific songs via a drag-and-drop interface, and those songs arranged in various set list orders.

Another cool use for the CC message: instead of turning our audio loops on/off, we could easily assign one of the pedals to send Tap Tempo information to our KORG SDD-3000 digital delay (another MIDI-controllable effects pedal).

If we had a simpler amp, like a two-channel Marshall head, we could have used the Mastermind LT’s switching jack to directly handle our amp channel switching Keyboard Rig
Many keyboard players never think to use a MIDI foot controller for their keyboard rigs, but the Mastermind LT makes a great choice for this purpose. We plugged it into our keyboard rig’s MOTU MIDI XP interface and used it to control a rig with multiple keyboards and sound modules.

In the editor, it was easy to set up patches so that one button press from our foot would set four different keyboards, on four separate MIDI channels, to specific programs/patches. Things only got a little tricky—but doable—with the synths that contain multiple banks of sounds. The Mastermind LT transmits MSB and LSB messages in advance of PC messages (something guitar players never had to learn about), but the editor doesn’t break these apart, relying instead on setting a Bank value. How do you know what value to send? A little bit of math: MSB x 128 + LSB = Bank Number (thanks to Ron at RJM Music Technology for helping to figure this one out).

Unfortunately, keyboard rigs lack products that supply phantom power to foot controllers, so we had to use the included PSU to provide power to the Mastermind LT.

The Mastermind LT comes with an easy to follow instruction sheet, while the editor has a downloadable PDF on the website. Further, the company provides numerous video tutorials online demonstrating how to set up and configure their foot controllers.

The Mastermind LT sells direct for $399, which is a great price for a compact, rugged, and fully functional MIDI foot controller. Its use can be as basic or as complex as you need, and fortunately, use of the editor software makes complex rig configurations extremely easy to manage. 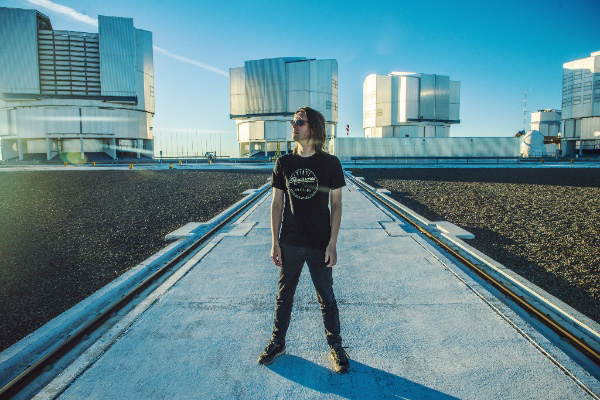 Steven Wilson From Prog to Pop...sort of