Just over a year ago we reviewed the first generation of Audio-Technica’s System 10 product range (reviewed here). Overall, we liked the sound of this system, its ease of use, and its reliability. We tested it both in the studio and at a few live gigs, and it performed well. Our biggest gripe, however, was the form factor. The receiver was not rack-mountable, taking the form of a small tabletop device.

It seems Audio-Technica heard us because the System 10 PRO addressed this concern as well as adding a few other goodies including detachable receiver units that can be placed away from the equipment rack entirely, connected to the chassis via Ethernet cable. Cool!

With upgraded capabilities, the already-excellent sounding System 10 is now even more desirable and well suited to use in various professional situations.

Like the original System 10 receiver, the Pro version (ATW-RU13) utilizes an all-digital, 24-bit/48 kHz audio pathway on the 2.4 GHz band, making it completely free from TV and DTV interference. The rear panel includes AC power, a volume knob (recommended by AT to set to maximum in typical use), and both balanced and unbalanced outs to go to your rig/gear.

The system’s frequency response ranges from 20Hz-20kHz depending on what device is paired with the receiver (most devices such as handheld microphones or guitars have a more limited range in their frequency output, anyway).

The new port additions to the PRO version include RJ45 jacks which allow you to pull the receiver units out of the main chassis and connect them via standard Ethernet cables. This, for example, would allow you to mount the receiver units near the stage, then run an Ethernet cable up to 328 feet (100m) from the receiver units to the main chassis, which can be placed anywhere—in your instrument rig, an equipment rack off stage, near the soundboard, wherever. A pair of link ports enables you to connect systems together for increased stability, as this allows the use of up to ten simultaneous channels. The system uses frequency, time and space diversity to provide reliable RF performance.

Moving to the front panel, we find that the half space, rack-mount chassis has more room on the LED display to provide additional information the original lacked. The display now shows the RF signal level, system ID, transmitter battery level, system link status, and which ID number you are pairing on (not to be confused with which frequency band you are transmitting on, which is not displayed). The clearest frequency is automatically chosen by the receiver. A “successful pairing” LED and a peak indicator LED are also present.

There are two buttons beneath the display labeled System ID and Pair. Pressing the System ID lets you choose numbers zero through nine (the original had eight) on the receiver (seen in the front LED). Pressing the Pair button will then allow you to pair the receiver to a transmitter of the same value ID. As you have ten IDs available, you could pair that many transmitters to a single receiver (i.e., several handheld microphones, guitar body packs, lavaliere mics), but note that only one transmitter can be used at a time. Pairing remains as simple as with the older hardware.

A simple—but incredibly welcome—addition to the System 10 PRO is a power switch on the front of the chassis. The original had no power switch at all, which was frustrating for a device not designed to be permanently installed in an equipment rack.

Our system (ATW-1312/L) included the ATW-RC13 Dual Rack-Mount receiver chassis, two ATW-RU13 receiver units, an ATW-T1001 UniPak Transmitter and an MT830cW lavaliere mic, and an ATW-T1002 handheld microphone/transmitter. This handheld mic is exactly the same mic we used in the original review, which has a numerical LED display to show the ID number, and a multi-purpose LED indicator light that glows green when powered on and all is well, red when the mic is muted and blinks when the battery is getting weak.

The bottom of the mic is also multi-purpose: holding it down turns the mic on and off, and a quick tap mutes the mic. Interestingly, inside the battery chamber is a small screw-sized level knob, which can be adjusted via an included plastic screwdriver, also stored inside the battery compartment. We never had any reason to change the default settings, but this is a great attention to detail in the product.

The ATW-T1001 UniPak Transmitter functions in a similar fashion, with an LED showing the ID number, and an LED light showing if you are in active or muted mode. Like the mic, it also requires two AA batteries. On the top side of the Uniplak is a specialized, four-pin, HRS connector, enabling you to connect a lavaliere mic (as was our case) or an instrument cable to connect to your guitar, bass, synth, etc. While obtaining the appropriate connector is not a big deal, we wonder why a standard ¼-inch jack wasn’t used to make connecting the desired piece of gear that much easier.

Battery life is rated at greater than seven hours for the various transmitters.

Like the original, ease of use is probably System 10’s biggest strength. We put batteries in the mic, connected the receiver to a power source, connected a cable from the receiver to our PA mixer, and since the units happen to ship pre-paired, we immediately put the system to use. Pairing the mic and receiver is easy, literally by pressing the Pair button on the receiver.

The mic, well…it’s a mic! It has an on/off button…so press it and away you go. The UniPak is similarly straightforward, though we noted it took a little longer than the mic to power on after pressing the button. Overall, the cardioid mic felt good in our hands, with weight comparable to any popular wireless, hand-held mic.

Unlike the original, all of that ease-of-use has been placed into a half-rack sized unit, and comes with the needed rack-mount arms. Three screws on each side, and it was installed in our rack! Amen!

The new modular design is fantastic. Pressing the release buttons on the front pop out the receiver units. You only need to supply an Ethernet cable (up to 328 feet long) to locate the receivers at a distance from the chassis, which is beneficial in so many ways.

Like the original, The System 10 PRO worked well in our testing. We again purposely set it up in a location with multiple computers, instruments, wireless Internet, cell phones, and Bluetooth devices very nearby, and the system again worked flawlessly, without experiencing dropouts or noise.

Interestingly, the sound of the ATW-T1002 microphone seemed to be a little brighter than the original, with a little more presence, a subtle change that we definitely felt was for the better. While range on the original was rated at 100 feet, the PRO version is rated for up to 200 feet. We did not have any loss of signal testing this claim. If only we were using it on a stage that large!

Similar to the original, however, handling noise is a little more than we would like, though it does seem to be slightly improved. Holding the handheld mic and singing, even waving the mic around, was fine, but if you were in a live performance throwing the mic from one hand to the other, you would be able to hear the handling noise. Aside from handling noise, though, the sound was very good, and we didn’t feel like our sound would have been any better had we been using a wired microphone.

Overall, Audio-Technica did a good job of explaining features and how they work. This was a well-designed, to-the-point manual that will enable anyone to get up and running with the system. Having another set of pairing instructions right on the unit was a great convenience, too.

The Audio-Technica ATW-1312/L wireless system (MSRP $1,189) sells for $849 with the
handheld microphone/transmitter and an ATW-T1001 UniPak transmitter and two receiver chassis.

Many other configurations are available, including systems with only one receiver unit, including a handheld microphone/transmitter (ATW-1302) with MSRP of $629 and a street price of $449.

Sound quality is generally excellent, setup is hassle-free, and overall the system feels sturdy and roadworthy. The ability to pair ten transmitters per receiver, extend the range via Ethernet cables, and the other upgraded features may make this wireless system appealing to a lot of people. This is definitely a system worth considering for your wireless needs.

Andy VanDette: Mastering the Masters (and ... 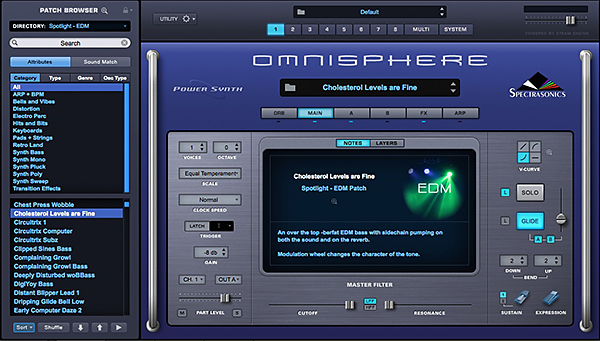