Until Manley began building this fabulous reissue, their preamp lineup consisted only of their modernized, four-channel Force and two-channel TNT units. The Dual Mono Mic Preamp follows their legacy design and manufacturing process where most of the unit is painstakingly built by hand, which contributes to the hefty price tag (just like any other boutique instrument or pro audio gear). But if this preamp is within your budget, you won’t be disappointed. You definitely get what you pay for here in terms of sound (and construction) quality.

The Dual Mono preamp doesn’t skimp on features. First up is the exemplary build quality. The unit feels very solid overall and oozes quality and high attention to detail throughout. The front and side aluminum panels are generously thick and have a classy look and feel.

Another unique feature is the very “open” top and bottom venting panels, each of which is held conveniently in place by integrated side panel channels and a single screw near the back panel of the unit. Not only does this provide more than ample venting and quick and easy access to the internals, it adds to the unique look of the preamp. Warning: Do NOT use this preamp as a coffee “coaster!”

The beauty of this preamp is more than skin deep. Removing the top venting panel reveals a work of art—and a generous supply of parts made in-house in their American factory located in Chino, California. In addition to several custom components utilized in this preamp’s design, very few (if any) companies wind and build their own transformers, and even those essential components included here bear the Manley name. It is the culmination of these custom components that contribute to the arguably unique “Manley sound.”

In addition to the phantom power toggle switches and their associated red LED indicators, as well as the delay-enabled power-on switch and its multi-colored LED indicator, also gracing the front panel are a pair of input attenuators and single post-attenuator gain/negative feedback control. Being a single control, the function of this detented control affects both channels at the same time. This is a five-position switch that provides 40 to 60dBs of gain in 5dB increments. Lower values introduce more negative feedback into the circuit, providing a relatively mellow sound compared to the punchier sounds midway through its range, to the more aggressive sounds at the top of its range. The input attenuator is surprisingly placed before the gain switch in the circuit, so it can be used creatively and in conjunction with the gain switch to provide a wider variety of sounds. Note that the operation of these controls should be dependent on the source, which can of course vary widely.

Next are the high impedance 1/4” instrument inputs, which of course can accept electric bass, keyboards, drum machines, and a variety of line-level sources. Be aware that when utilizing these jacks, the actual gain is 20dB less than what is displayed for the gain switch.

Lastly, we come to the back panel where everything looks mostly familiar except for two sets of outputs, one set being direct-coupled, transformerless, unbalanced 1/4” jacks, and the other being transformer-coupled, balanced XLR output connectors. As expected, you’ll find a set of XLR mic input connectors as well.

Curiously, an interesting and potentially useful feature is the unusually extensive grounding options available near the power connector, which includes a separate circuit and chassis ground connectors.

Compared to other preamps in our arsenal (we have many), the usability factor of the Dual Mono preamp is quite high. The controls are logically laid out and very straightforward in their operation. It would be difficult to mess something up on first use if the user was unaware of the true functionality of the controls. That said, there is a definite advantage to be had after the user understands their true function. In addition, the controls have a very solid feel to them, instilling confidence in their operation now and in the future.

Being on the clean/neutral side as far as preamps go, we’ve found that there is less risk in imparting too much—or the “wrong” type of—color on a variety of sources, thereby being a relatively versatile preamp, increasing its usability in the studio. In addition, the option to bypass the output transformers further increases its overall usability. While sitting in a rack with other preamps, it just seems wrong not to use it in some fashion on every project that comes through the door.

We found the delayed power-on functionality to be a welcome feature to ensure damaging audio doesn’t make its way to our monitors and headphones, and the multi-colored power indicator LED is a nice visual aid in displaying the current mode of operation: red indicates standby mode, and green indicates that the unit is ready to take on amplifying duties.

When housed very close to other equipment in our rack, we experienced no type of interference whatsoever from neighboring components, which shared the same electrical circuit as the Dual Mono preamp. That said, it’s nice to know we have plenty of grounding options available to us should the need ever arise.

Having a very high-quality and useful direct, high-impedance input for a variety of instruments and line-level sources further increases a preamp’s versatility, and the Manley definitely provides the goods in this department.

Manley started as a consumer high-end hi-fi company in the ‘80s before diving into the pro audio world. Like many other hi-fi manufacturers, their focus was on transparency and neutrality, albeit utilizing vacuum tubes in their designs. Imparting any color on the program material was not their goal, and they have mostly followed that trend in their designs today. Their Dual Mono mic preamp is no exception and is known to be quite transparent sounding and true to the source, while adding that subtle but distinct Manley Sound to anything that passes through it. This is due largely to the use of tubes in their circuit design, the preamp’s unique “White cathode follower” (named for its inventor) output stage, and custom components built in-house as mentioned above.

We’ve noticed that people quite often associate tubes with “warmth,” “color,” “smoothness,” “softness,” “silkiness,” and other descriptive attributes. In the pro audio world, “speed,” “transparency,” and “neutrality” are rarely mentioned when referring to gear built around vacuum tubes, when in actuality, tube designs can, in fact, thoroughly satisfy these design goals. Many engineers will often reach for a tube preamp to attain a certain amount or type of color. If you are looking for a preamp with a lot of color, the Dual Mono preamp will likely not give you what you’re looking for. If, however, you are looking for a big and open sound that is true to the source with a subtle hint of tube sweetness that can add up to your advantage in a full mix, this preamp can be just the thing. We’ve found it’s also great for minimalist mixes as well.

We actually had a bit of experience with this preamp before receiving the reissued version, previously owning one of the original units and utilizing it on quite a few projects. Granted, our original unit did not have the integrated output transformers found in later designs. Note that recent designs, including this reissue, allow both options! This is achieved by utilizing the 1/4” unbalanced outputs, which will then bypass the balanced XLR outputs. As you might expect, running through the transformers in balanced operation provides a bit more focus, weight, and “varnish” to the sound, although not as transparent and open as what can be attained when bypassing the transformers.

We used a wide variety of microphones and sources with the Dual Mono mic preamp including several small and large diaphragm condensers, as well as a few ribbon microphones. Due to the Dual Mono preamp’s unique combination of controls, a fair amount of experimentation may be in order to get the most out if this preamp. The input attenuator, for example, may introduce a new type of variable for you in the equation. Theoretically, you might think such an attenuator at the beginning of the circuit stage would allow any amount of input level if you were to set the control for maximum attenuation. However, this is not the case. With very hot sources, this attenuator may not be enough, resulting in obvious input overload. Thankfully, this can be solved by utilizing an inline attenuator before the preamp. As an example, we have an omni condenser mic living in our studio’s kick drum, producing a very hot output, which was too much for the Manley. But, after placing a -20dB inline attenuator before the preamp, this resulted in a great sound we have no plans to change. There’s really nothing else to be desired now.

In conjunction with the input attenuator, varying the gain switch does indeed provide a wide variety of tones, which again, varies quite a bit depending on the source. This is a matter of taste, and we recommend continuously experimenting with these based on the scenario at hand. We did get quite a bit of noise at the 60dB setting using a ribbon mic in front of relatively quiet sources, but that is to be expected. In front of loud sources, noise was not a problem at all with the same ribbon mic.

As a direct line stage for instruments and line-level sources, the Dual Mono mic preamp performed awesomely. We were able to produce some of the best bass sounds we’ve ever attained, for example. On a full mix, it provided just the right amount of weight to program material more than once.

Overall, we found that the Dual Mono Mic Pre can be used on anything we throw at it with good success. If you can’t get a good or great sound using this preamp from any source, the problem is not the preamp! We went as far as to use it on every instrument on an entire album including all drums and cymbals, conga, handheld percussion, all vocals, acoustic guitar, electric bass, electric guitar, violin, alto sax, flute, harmonica, oboe, French horn, bassoon, and even didgeridoo. In the case of this album, due to the heavy use of the Dual Mono preamp, there is, in fact, a distinct Manley Sound that we really enjoy the sound of.

Manley provides a well-written and informative manual that ships with the unit. In addition, there are extensive videos developed by Manley that explain the operation and maintenance of their gear, including tips on how to troubleshoot faulty tubes, for example, and how to correct these and other issues yourself. They even have a dedicated website that allows you to place a direct order for hand-picked and in-house-tested tube sets for all of their pieces.

The Manley Dual Mono Mic Preamp 30th Anniversary Limited Edition sells for $3,300. Yes, this is a relatively pricey preamp, but for the money you do get premium, hand-made, American studio gear that will be something you reach for time and again over decades to come. 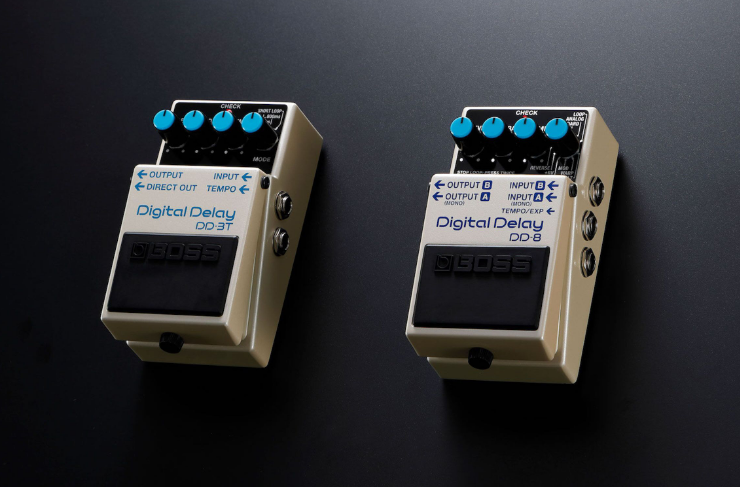