This is going to be hot, as it provides a very reasonably priced entry into the world of Antelope’s outstanding hardware and mic modeling technology ($1,295). It’s a fully analog solution, so you can integrate this into any studio setup with ease. —SK The new iD44 packs a lot of Audient power into a desktop USB-C recording interface with an equally compact price (under $700 street). The interface features four Audient class-A preamps (same circuit found in their ASP8024-HE console) and ADAT expandability, Word Clock output, and a pair of insert loops.

On the front, you’ll also find a pair of JFET DI inputs for instruments, and two independent headphone outs. This is a ton of capability in a desktop unit, and that doesn’t even count some of the advanced operational features like mono summing, polarity and phase selection, and talkback! —SK Avid introduced Pro Tools 2018 with enhanced MIDI features including MIDI Retrospective, so when you are noodling around—even if not recording—it remembers what you did! This a fabulous enhancement that promotes creativity.

Additionally, MIDI Transpose is much easier with new key commands (simple up and down directions—Yes!) and adding Shift to the command transposes by an octave. Lastly, there is a new Chord Extract feature that learns from you while playing melodies. Other new features include Target Playlists to make comping quicker and simpler, and also new Track Presets, through which favorite plug-in chains can be easily recalled and added.

On a different note, Avid launched the WeR4music campaign to hopefully pressure lawmakers into awareness of the pay gap between providers such as Spotify, record labels, and artists, who currently have the short end of this equation. Whether or not better legislation and compensation will result remains to be seen, but at least they are trying. —JL Thomas Barefoot has continued the trend set last year of releasing products for the lower budget market (depending on your perspective). Specifically, Barefoot has upped the ante for smaller studios and serious home recording enthusiasts providing a stereo sub pair to the Micromain 45 nearfield monitor. This new Dual Sub add-on for the Micromain 45 is priced at around $3,495, and provides current 45 owners a taste of the Flagship Mini Main 12 (retail approximately $25,000) for a fraction of the cost.

The Micro Sub provides Dual Force technology to the 45 (the only barefoot model without it) showing a clear path of upgradability to would-be users. Adding this set gives the 45 extension down to 25Hz and has a crossover point of 80Hz; relieving the 45’s of that work, which results in a cleaner mid and top end. —JL

We first took note of the new H9000 processor at this past Fall’s AES Show, and we’ve got to tell you… you may want to tie your jaw strap on—Jacob Marley style, because this new unit is not only jaw dropping, it is also mind blowing! Eventide has been known for its hardware legacy for over 40 years, and we’re huge fans of their Anthology X and XI (plug-in versions of their classic gear). Some people thought that Eventide had ceded the days of groundbreaking hardware to the past and was focused on a contemporary software approach only. With the release of the new H9000, though, that theory has been blown completely out of the water and into the annals of history. This thing is packed with surround-capable effects processing and multiple I/O capabilities including Analog and digital as well as Ethernet, MADI, and more.

The H9000 can process up to 16 seperate channels of FX simultaneously, so you’re not just limited to cool stuff on one channel or a mix buss, but multiple channels at the same time. Translation: meet your new Daddy! It seems Eventide has made a statement that it will be the undisputed King of FX processing in the high-end audio world, not to mention creative sound effects leader. Because the algorithms used, processing power, and customization abilities contained within the H9000, once again, when people hear new records with sounds they have never heard before and ask “How did they do that?“ Eventide will be the resounding answer.

Eventide is offering the H9000 as 2U rack unit with full front panel control for $6,999, or a blank rack box controlled entirely via software only for $4,999. Stay tuned, because as soon as we can get our hands on a production unit, we will review it—and hopefully mix many new hit records! —JL

New for 2018 at the Manley booth were the Elop+ and NuMu compressors, both of which follow a new streamlined manufacturing process they have been hard at work on. The new Elop+ electro-optical compressor replaces the original Elop, and like the NuMu, features a new advanced, low-radiating power supply, contributing to a very low noise floor from these units. Included now in the new Elop+ is a ratio button, which offers both 3:1 compression and 10:1 limiting, and also adds transformerless output, unlike the original Elop.

Also foregoing output transformers, the NuMu is a modern take on the classic Variable Mu, imposing less of a "footprint" on the audio. It is a more transparent, cleaner, discrete FET design utilizing high voltage transistors.
—DG MXL introduced the POP LSM-9 microphone. Available in Blue, Magenta, Yellow, and Green, it is a super cardioid mic with a dynamic capsule, with a dynamic range of 50Hz -18kHz. It is designed for live vocal performances and is reported to minimize handling noise. All-metal construction points to as much durability as the next popular stage microphone. We only wished there was a fire engine red offering, as the magenta seems to lean a bit more towards pink.  —JB We had to throw the venerable drum company in here or else engineers would have no idea that the drums hardware guys at Tama turned their attention to a line of stands that are pro-studio-worthy at home-studio prices! (their Titan drum hardware is already legendary for ruggedness).

The Iron Works Studio line has weighted bases, tripod legs cast from solid iron, and multi-steel-plate compression cinches for their booms. There’s quite a bit of attention paid to the details, and whether you need better stands for miking a drum kit or to hold your vocal mics in the studio, these stands pack great value and should be checked out.  —SK

One of the big hits from this year’s NAMM Show had to be the UA Ox Amp Top Box.In this compact, vintage-styled unit, UA delivers a reactive load box combined with a direct recording solution that models popular microphones and speaker cabinets while also enabling you to play your guitar amp at any volume.

Unlike other solutions that rely upon impulse responses (IRs), UA has taken a speaker modeling approach instead. Initial indications from some of our friends who already raced out to purchase this suggest that the Ox sounds great, while we’re impressed by the apparent ease-of-use that may prove to be the most distinguishing feature of this solution. We’ll be reviewing it soon enough and will let you know how it fares compared with similar solutions. It includes the UA Realtime Analog Classics plug-in collection to get you started. —SK

One of the rising stars within the audio industry is Warm Audio. They have consistently delivered phenomenal re-creations of legendary vintage gear at unheard of pricing for a few years now, and they continue that trend this year. 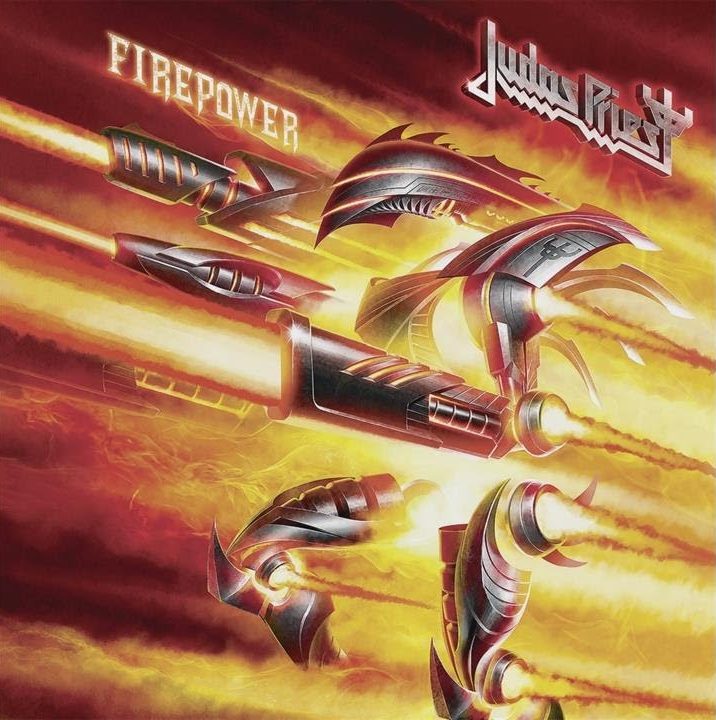 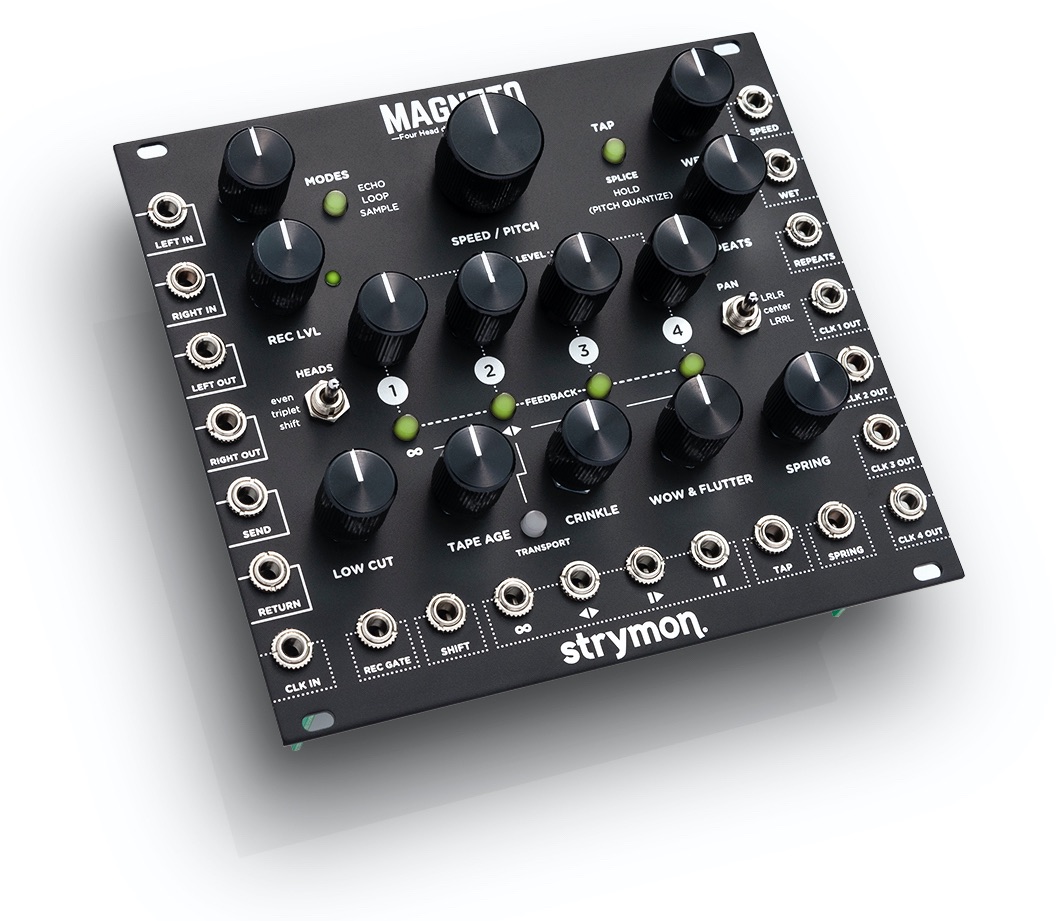