These are some of the iconic songs of summer by rock’s ultimate Juke Box Heroes. Legendary band FOREIGNER, special guest KANSAS, and featuring EUROPE, will bring these hits to your city this summer with the Juke Box Heroes 2020 tour.

Set to launch in Albuquerque, NM on July 9th, presented by Live Nation, FOREIGNER will be joined by fellow acclaimed artists, special guest KANSAS, and feautring EUROPE for an unforgettable night of night of rock ’n’ roll. Tickets go on sale January 17, 2020 at 10am local time at www.livenation.com. The full routing can be found below. 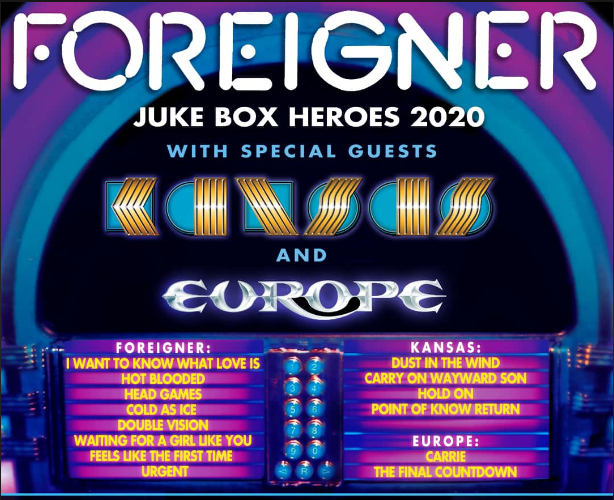 With 10 multi-platinum albums and 16 Top 30 hits, FOREIGNER is universally hailed as one of the most popular rock acts in the world with a formidable musical arsenal that continues to propel sold-out tours and album sales, now exceeding 80 million. Responsible for some of rock and roll’s most enduring anthems including “Juke Box Hero,” “Cold As Ice,” “Hot Blooded,” “Waiting For A Girl Like You,” “Feels Like The First Time,” “Urgent,” “Head Games,” “Say You Will,” “Dirty White Boy,” “Long, Long Way From Home” and the worldwide #1 hit, “I Want To Know What Love Is,”

FOREIGNER still rocks the charts more than 40 years into the game with massive airplay and continued Billboard Top 200 album success. FOREIGNER’s November 2019 release of Double Vision, Then & NowIs a DVD/CD package that celebrates the 40th anniversary of FOREIGNER’s iconic album.  It features a stunning reunion concert that brings together the current and original band members playing all the hits at the top of their game.2020 will kick off with a three-day run at the Schermerhorn Symphony Center with the Nashville Symphony Orchestra in mid January.  Another highlight forthcoming is a residency at The Venetian, Las Vegas which kicks off on January 24, 2020.

“We can’t wait to hit the road with our good friends KANSAS and EUROPE and bring all our biggest hits to cities across the country,” says FOREIGNER founding member, songwriter and lead guitarist Mick Jones. “We always have such a good time together, and combined we share some of the greatest songs in rock and roll. We are so excited to see our fans from coast to coast, and plan to make this summer our most epic tour yet!”

With a legendary career spanning more than four decades, KANSAS has firmly established itself as one of America’s iconic classic rock bands. This "garage band" from Topeka released their debut album in 1974 after being discovered by Wally Gold, who worked for Don Kirshner, and have gone on to sell more than 30 million albums worldwide. Composing a catalogue that includes fifteen studio albums and five live albums, KANSAS has produced eight gold albums, three sextuple-Platinum albums (Leftoverture, Point of Know Return, Best of KANSAS), one platinum live album (Two for the Show), and two one million-selling gold singles, ‘Carry On Wayward Son’ and ‘Dust in the Wind.’ KANSAS appeared on the Billboard charts for over 200 weeks throughout the ‘70's and ‘80's and played to sold-out arenas and stadiums throughout North America, Europe and Japan. ‘Carry On Wayward Son’ continues to be one of the top five most played songs on classic rock radio, and ‘Dust In the Wind’ has been played on the radio more than three million times. Last month "Carry On Wayward Son" was certified as a 4x Platinum-selling single, and "Dust in the Wind" was certified as a 3x Platinum-selling single by RIAA. Continuing to write their legacy, KANSAS will be releasing their 16th studio album in the summer of 2020.

Says KANSAS, “We look forward to touring with FOREIGNER. It has been nearly ten years since both bands have done a full tour together. That run was a blast, and we are excited to get started this summer. The bands and the crews get along great, and we’ll all be working tougher to perform an exceptional show for the fans.”

“The band is super thrilled that this summer, we’ll be back in the USA… the birthplace of rock and roll,” says EUROPE’s Joey Tempest. “It’s been four long years and we are honored to be on the road with FOREIGNER and KANSAS for this extensive tour across North America. Strap yourself in! Europe in America once again!”

Check out the tour at any of the following stops. Fans can visit livenation.com for updates on tour dates and news. 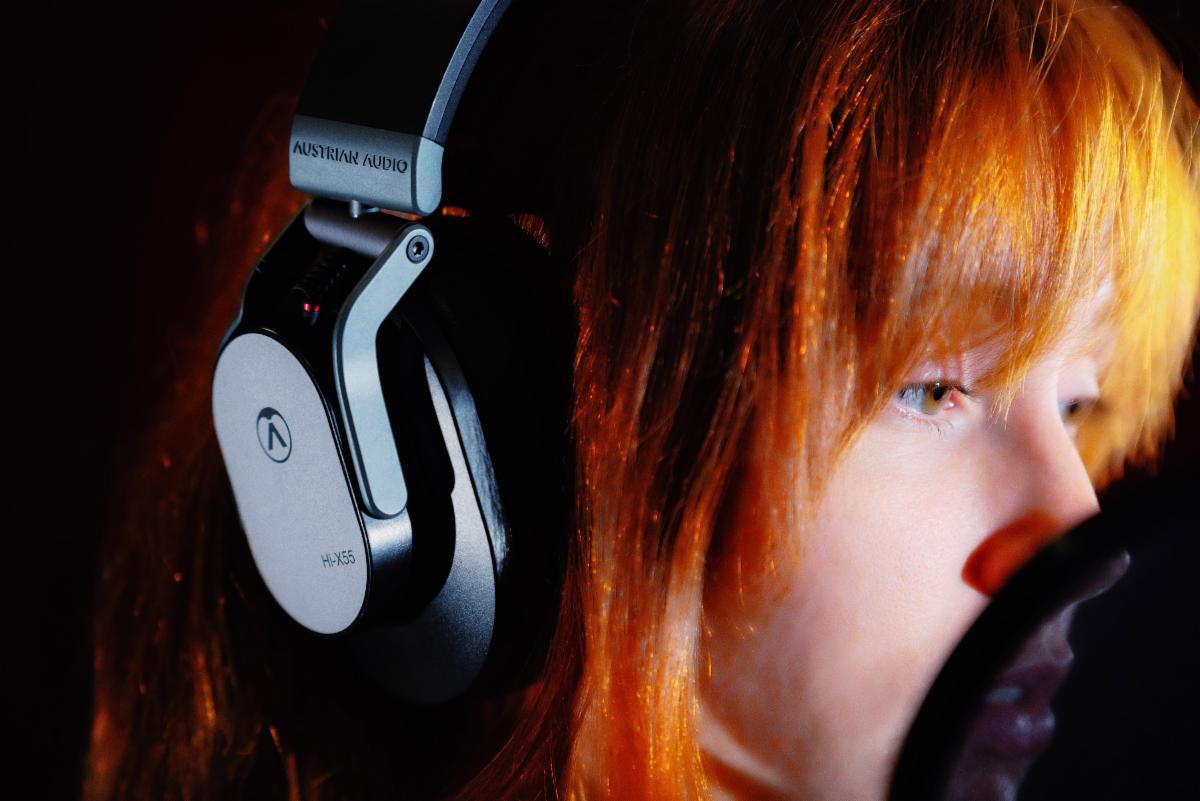 MXL Microphones to Debut the Successor to ...