It’s been a long day, and your ears are getting fatigued. Your patience is wearing thin, but still there are deadlines to meet and bills to pay. The last thing you want to do at this moment is wade through the tedious task of listening until your head hurts; making sure a final master isn’t “peaking” or is rife with artifacts. If you are being honest with yourself, at this moment you probably couldn’t tell, anyway. All you are really hoping for is a little help and reassurance; hoping you can trust your instruments and meters to do what you can no longer do. Well, have no fear! NUGEN Audio’s ISL2 is here!!!

Pardon the cheesy segue but it’s been a long day here as well at Music Players. In fact, after trying our best, we can’t seem to find fault in this handy little limiter by NUGEN Audio, the ISL2. After all, we are committed to attempting to discover problems and weaknesses with the audio products we review so you don’t waste your hard earned cash only to be disappointed. We are happy to assure you that NUGEN Audio has been just as meticulous in their design of ISL2 as we have been in reviewing it.

Additionally, we can, without hesitation, tell you that the ISL2 is a must-have purchase if you are a mixing or mastering engineer. In fact, considering how reliable, transparent, and affordable the ISL2 is, we recommend its use a the go-to limiter at the end of your mastering chain.

Of course, we don’t expect you to stop here and take our word for it. Read on and get ready to be excited (for real) about True Peak limiting and transparent control of inter sample peaks!

ISL2 is an inter-sample True-Peak Limiter and metering plug-in designed for all audio and post production applications. Moreover, ISL2 was developed with the new world of audio and production in mind and follows many of the ITU (International Telecommunications Union) standards ITU-R B.S. 1770 (download the spec here). As a result, ISL2 has some unique features and operational qualities that differ from a standard limiter. For example, ISL2 is classified as a brick wall limiter, but isn’t meant to be a hard limiter per se—it’s actually quite transparent. Nevertheless, those details can be fleshed out throughout the review. For now, let’s delve into ISL2’s feature set:

Like other NUGEN plug-ins, ISL2 has many standard features but also has a very innovative approach with presets and simplicity of design that make ISL2 a very practical tool that is easy to use. It contains the following features:

Compact Mode: Small sized interface option that is toggled via the options menu.

Steering meter S: This meter shows how much of a perceived center image will be steered away (left or right) as a result of one channel being limited while the other is not. For example, when two limiters are used independently on a stereo signal one channel may be limited or reduced if the signal present is hotter than the one on the other channel. This is also affected by the channel linking feature (discussed below).

Ducking meter D: Ducking is the opposite of steering. When two limiters are linked (left and right) the signal will affect both simultaneously. In other words, if a hot signal enters the right channel and causes a 2 decibel reduction, the left channel will also be reduced the same amount even though it may not have needed to be. This helps avoid steering but also introduces the aforementioned unwanted reductions. The Ducking meter shows how much ducking is occurring due to the limiter and is also affected by the channel link feature.

Channel Link: ISL uses entirely independent limiters for each channel. The amount they are linked determines how each channels limiter behaves. For example, at 0% each channel is completely independent from the other and will be limited accordingly. This can cause the aforementioned steering issues. In like manner, if channels are 100% linked unwanted ducking will occur. The channel link percentage is adjusted based on the needs of the engineer and can be used to achieve affects similar to those found when modifying the threshold of a mid to side limiter.

Look Ahead: allows ISL to look ahead at incoming audio and calculate how much reduction is necessary to achieve the TP Lim desired. Lower values preserve transients better but if left too low can introduce unwanted audio artifacts such as slight pumping often associated with over-compression or poor attack and release times.

Release: Controls how quickly the limiting returns to zero reduction. Operates in much the same way a standard limiter works in terms of signal level with the exception that the look ahead feature also influences the release action.

Auto Release: Controls low frequency content and automatically extends the hold time. This ensures that a full wavelength can pass through before released. From a practical stand point, one can use shorter release times without compromising the audio quality or introducing distortion.

Output Level meters: Shows output levels based on configuration, Stereo, 5.1 and 7.1. Color and peak hold are customizable from the settings section.

Listen mode: Has two modes, Auto and Difference. Auto mode compensates for input gain and allows the user to hear what the limiter is doing without the gain of the output section. Diff lets you hear the difference between input and output particularly for gain reduction. A good tool for fine tuning, but listen mode should be Off for mixdown.

Peak: Toggles the peak hold between on and off.

Ballistics: Adheres to EBU R128 for decay times and meter ballistic standards. Choices include Instant, DIN, Nordic, and PPM I and II.

ISL2s has an excellent feature set that is thorough but not overdone. Let’s take a look at how these features translate to real world application and usability.

We tested ISL2 in Avid Pro Tools 12 HD Native as a plug-in on our studio’s Windows PC. Installation was simple: First, we created an account with NUGEN Audio, and then we downloaded ISL2 and got up and running with the plug-in using our iLok 2 for authorization.

NUGEN Audio ISL2 performed well, however, we have a very powerful machine (Intel Xeon 10-core 2.6 GHz processor) and ISL2 can be a bit CPU hungry. A lesser machine might struggle if you plan to run ISL2 on multiple tracks.

Nevertheless, the workflow within Pro Tools was simple, which enabled us to start using ISL2 on mixes and masters within a matter of seconds. All of the presets were easily accessible, and we also found creating custom presets to be simple and quick.

We started our tests by using the presets, as many useful ones were there covering just about everything from film, TV, DVD, CD mastering and even Mastered for iTunes. Additionally, any customization was easily accessed via the front panel or settings menu.

Like other NUGEN Audio plug-ins, ISL2 has a streamlined design that makes it very easy to use and get around without having to constantly check the manual. That’s not to say it’s overly simplistic—in fact, to really appreciate ISL2 you should have experience regarding loudness standards and metering, otherwise much of the details will not be appreciated nor used properly. As such, there is a bit of a learning curve when it comes to international standards, but it’s a necessary education for anyone serious about mixing and mastering.

We found ISL2 very useful in sub groups and on auxiliary busses for drums. In particular, ISL2 was helpful in gain staging because it has a very transparent character. Nevertheless, it is a powerful limiter and for audio (especially if a client still wants a louder master than advised), but ISL2 can get unwanted artifacts if the input signal is hot and you start with the wrong preset.

The ISL2 was also useful on the master buss, and excelled as a True-Peak limiter. Specifically, ISL2 is in a league of its own when it comes to inter-sample peak limiting. This is vitally important due to the nature of digital content delivery and the way different codecs handle audio. If you aren’t sure what inter-sample peaks are, here’s a quick explanation:

When audio is sampled digitally, sometimes an analog peak can be missed; if this happens, when the audio is run through a codec to such as MP3 or ACC the actual peaks that were not accurately sampled will go over 0 and cause distortion. So even though the peaks were sampled, the underlying analog signal or True Peak was not.

What is so great about ISL2 is that it looks at the samples and interpolates (makes a very accurate guess) what may have happened between the two sample points and adjusts the gain accordingly, thereby avoiding inter-sample peaks and giving the engineer peace of mind. This is what makes ISL2 such an invaluable tool—no more hand wringing about what’s going to happen later if peaks were not accurately detected. Just set the peak level and let ISL do the rest. It can’t be understated how much of a time saver this plug-in can be. Not only does ISL2 deliver peace of mind, but it does its job transparently and accurately.

The overall sound quality of ISL2 is transparent, which is what you want in a limiter of this kind. Nevertheless, ISL2 can get “pumpy” if you don’t properly set the limiting and other parameters. That’s why the real triumph of the ISL2 sound is that you get a brick wall limit without making the audio sound crushed.

We used ISL2 in a number of different scenarios and genres, and always achieved excellent results. To make our point let’s take a listen.

The first example is a hard rock song by Defy Tolerance called “Know Me.” First, the non-limited audio, then a quick fade into the ISL2-limited example. The samples are level matched so all you will hear is what ISL2 sounds like. In this case, we limited another 3.5dB to an already compressed master.

Next, it was time to push the envelope. Check out this sample of a very clean folk song by Ellen Heald, called “Come Away Death.” In this sample, we have the normal portion immediately followed by the limited example, but we pushed it to a reduction of 5.4dB just to see what we could get away with.

Considering that we should never need nor want to limit to this extreme, ISL2 did a wonderful job nonetheless. The audio was basically crushed, and it still was hard to detect limiting. At the end of the day, isn’t the point to find an excellent limiter that catches true peaks and eliminates inter-sample problems? This tool isn’t meant to give “vibe”—it’s meant to do what we just tested it for, and ISL2 passed with flying colors!

NUGEN has extensive online documentation, including an in-depth user manual. Additionally, the manual is well written and easy to read. The NUGEN Audio team are eager to find answers and obviously care about their end users.

ISL2 Stereo sells for $149, which is priced for almost everyone and ISL2 (full version) is priced at $229. You’ll need the full version if you do any post work, 5.1 surround, etc., but the Stereo version is perfect for typical two-channel music mixing and mastering. If you’re a working mix or mastering engineer, you’ll find ISL2 one of the standard tools you rely upon daily. 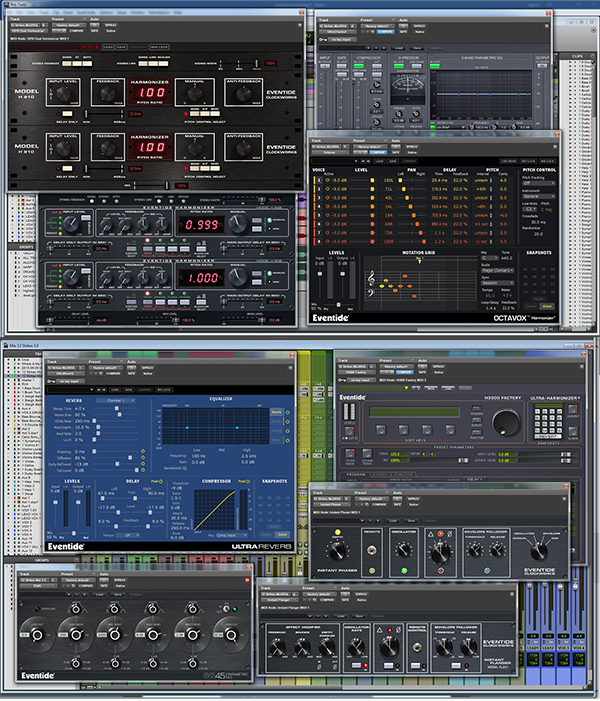