If you’re looking for a way to get complex and modern synth sounds into your music productions, with flexible programming options, but don’t have $1,000 to spend on another hardware box, Native Instruments’ ABSYNTH 3 virtual synthesizer may be just the ticket for you.

At first, it might seem that ABSYNTH is the go-to synth for lush pads and ambient landscapes, but it is so much more! ABSYNTH also does a great job with raging bass lines and dirty, angry leads. Factor in the extensive Envelope section to create complex rhythms and you have a hugely complex synth that can be used in any electronic production.

This program is so easy to program that you’ll be making your own sounds the day you get it installed. If you love to tweak, ABSYNTH will entertain you for hours. And, conversely, if all you want to do is play presets, this program will not let you down either. There are extensive sound libraries that people have created and posted on the Internet.

As far as we’re concerned, overall, this soft-synth is a must-have for any electronic music producer.

ABSYNTH 3 can be used in two ways: as a standalone unit and as a plug-in. Plug-in formats include VST, RTAS, Audio Units, and DXi, allowing it to be used in all the major DAWs on the market today.

Three oscillators, four filters, three modulators, one waveshaper, and one effects unit add up to a very powerful synthesizer. Within each of the three oscillator modules, you have seven different methods of sound synthesis:

An eighth mode of sound production in ABSYNTH's oscillators is the Audio In, which allows ABSYNTH to be used as an effects unit. Being able to tap into the powerful synthesis engine of ABSYNTH is a great plus for creating crazy textures out of normal guitar lines, drum loops, or vocals.
Aside from having a plethora of sound sources, each of those oscillators has its own Filter and Mod modules to further shape the sound. The Waveshaper module uses a waveform to distort the input signal, much like distortion on an electric guitar. This allows the user to create nasty distortion effects, perfect for leads and basses.

The effects unit in ABSYNTH is really powerful. The effects are based around normal ones such as reverb and delay, but all have their own special twists:

Envelope mayhem. One of the most famous, and certainly most versatile and unique aspects of ABSYNTH is its envelope section. Forget about the ADSR envelopes of yesterday! ABSYNTH is leading the way to a whole new realm of versatility in sound design. Practically every aspect of your sound can be controlled by an envelope with up to (brace yourself) 68 breakpoints!
Each envelope can be looped to create repeated rhythms – perfect for dance music. The breakpoints can be locked to a grid for strict rhythmic creation or left free for a more organic feel. To help inspire envelope mayhem, the Native Instruments team has included a transform function that can be applied to the envelopes. This allows the user to load or save an envelope to the library, generate an Attack/Release pulse, change the duration of the selected envelopes, as well as initialize or delete them. One last unique point worth mentioning is ABSYNTH’s ability to let you create your own waveforms. This is unique to ABSYNTH and adds a lot of creative control for making new sounds.

We installed ABSYNTH 3 on a dual-processor G5 PowerMac and an iBook G4 laptop, each running OS X 10.4.5. The main sequencers we used were Pro Tools LE 7 (as an RTAS plug-in) and Ableton Live 5 (running as an Audio Units plug-in). ABSYNTH worked great with both of these systems as a synth and as an effects unit. There were no latency issues, and there were no problems running it on its own. As a plug-in, it was extremely stable, and we never experienced a crash.

In Standalone mode, it also worked great. ABSYNTH can output its audio to any audio interface that supports ASIO or Core Audio. On Windows machines, it can also be used with DirectSound and Multimedia (or MME), but the manual warns to expect latency issues when using those drivers.

Set-up was easy and enabled us to install only the specific plug-in versions that we wanted to use. Updates were easy to find on the Native Instruments website. When we registered the product, we received instant access to loads of new sounds and product updates.

We used ABSYNTH with an E-MU Xboard 49 USB controller. Although ABSYNTH is not as easy to map as some other soft synths we’ve used, it's not difficult to set up several real-time controls for many parameters of the sound. Some specific settings that we mapped included: LFO rate and depth, FM Index/Balance, Filter, and Effect Time. You can also control envelope breakpoints via MIDI, which opens up a lot of sonic possibilities, but we didn’t test this capability.

Tip: While working in the Envelope window, it wasn’t obvious to us how to zoom In and Out, necessary for effectively editing envelope breakpoints quickly. The folks at NI informed us that clicking on the Timeline and moving the cursor sideways provides this very useful zooming capability.

ABSYNTH is one of the unique sounding synths on the market today. With so many sonic creation options, it is hard to find something this synth won’t do. From synth strings and pads to alien rhythms, nasty basses to beautiful bells, this program will cover all your electronic needs. It works well as a polyphonic pad device as well as a screaming lead monster.

The diverse range of sounds that could be created surprised us. For some reason, we had the impression that ABSYNTH was mostly a pad maker. This is certainly the case – the pads you can make with this program are lush and dreamy. But what we didn’t know was just how nasty it could also be. If you’re looking for the perfect distorted bass for your next jungle track, look no further. We found ourselves drawn to ABSYNTH for leads and basses.

Another great use for ABSYNTH is as a sample FX unit. It’s not designed to play back samples in order to recreate acoustic instruments, but if you throw a beat into the onboard sampler, watch out! Vocals, beats, and riffs – this program can chew up anything you throw at it, and what it spits out is pure sonic magic.

The manual installs on your hard drive as a PDF file. Though we prefer printed manuals, the PDF was easy to get around and did a good job of explaining the inner workings of this synth.

We called Native Instruments support for something completely unrelated to ABSYNTH, and the technician answered all of our questions quickly and surely and even chatted with us for a bit about upcoming NI releases.

ABSYNTH 3 ($339 MSRP) typically sells for slightly below $300. For everything this synth does, the street price is extremely reasonable. We’re constantly impressed with the prices of soft-synths these days – it’s still easy to remember paying at least four times this amount for something with less than half the usability. And with more advanced hardware controllers becoming available all the time, it’s getting easier and easier to use these soft-synths just as you would a hardware-based unit. 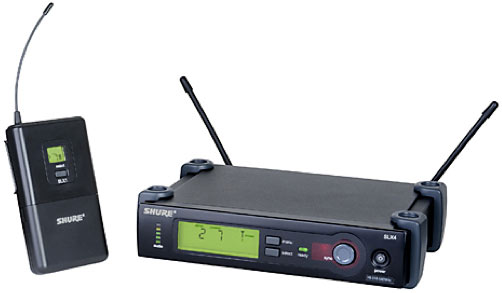 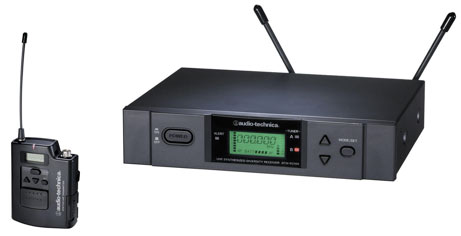 Tony Grund, Keyboards Editor, is a NY-based electronic musician, producer, and music technology consultant. Besides recording music with bands Echostream and Unicorn Smack, Tony is a partner in the independent label, Force of Change Records, and a recording instructor at the SAE Institute in Manhattan.