The Pacific Drums & Percussion company (the value-priced division of Drum Workshop, or DW) has released the new 805 series of chrome-over-steel shelled snare drums for 2006. Ranging from standard sized snare drums (i.e. 6x14”) to the trendy side-snare or “popcorn” sized snare drums (i.e. 6x10”), Pacific Drum offers a modest range of assorted sizes and attractive colors for the consumer. Although not considered a high-end series, this is a respectable line of drums for players at any technical level looking for an inexpensive add-on or secondary snare drum.

Both of the colored side-snares were quite appealing in design, containing powder-coated hardware (rims and lug casings) with a vibrant red or a striking black color. Built on top of mirrored steel shells, the two tones positioned together on each drum really accentuate the image of the instrument.

The shells themselves are a thin ply of rolled steel which has been chrome plated to bring out the mirrored, bright image of the body of each drum. All drums contain standard 2.3 mm triple-flanged hoops with six lugs (for the side-snares) and eight lugs (for the standard snare) on both sides as well as the standard PDP side-to-side throw-off with tension adjustment. Perhaps one of the more alluring features of the two side-snare drums is the addition of an optional tom-like mounting system. Pacific Drum incorporated the use of a PDP TB105 tom mount, similar to the standard DW tom mount, on each smaller drum to enable convenient mounting from an alternate stand (such as a hi-hat stand) rather than having to support it on a supplementary snare drum stand.

Additionally, all three drums came outfitted with stock PDP snare heads on both sides of each drum: the tops contained a medium weight, coated, single ply head, while the bottoms contained a thin, clear, single ply snare-side head. Each top head featured printed numbers in order to designate positioning of the head to each of the lugs of the drum.

One extra observation to note was the condition of the drums themselves upon arrival. We noticed that all three drums showed evidence of possible warped features in the roundness of the rims. It appeared that slight areas of the rims were spaced noticeably further away from the edge of the drumheads than other areas, perhaps contributing to the overtone dilemma detailed in the Sound section of our review. In addition, a few scratches or etches were present on all three shells. These details represent characteristics that we have often seen with lower-end, steel-shelled drums.

The throw-offs on these snares were very user-friendly to operate and adjust mechanically. However, companies who design specialty snare drums (most notably higher-end series drums) tend to incorporate the use of a better-built snare release system in order to retain a longer life for this fragile and frequently used device. We’re not sure how well the inexpensive, standard PDP throw-offs will hold up to years of abuse compared to higher-end offerings.

Though containing interesting and charming characteristics (like the hot colors and clever tom mounts), we found certain technical issues with these drums. The tom mounts are not universal in their implementation and can only (typically) be fitted to other DW hardware (for mounting to non-DW hardware, get yourself a PDP AC991 clamp for this drum). In other words, mounting posts from other companies would not be compatible with the system built into these snare drums. The tuning process and the snares themselves did not pose any functional issues.

The first drum tested was the red side-snare. Though normally uncharacteristic of a side-snare’s range of pitch, we began by testing out the lower range of the drum by tuning it down. At this particular range, the drum produced an undesirable twangy, hollow sound. Moving up to a medium-ranged pitch, the drum still produced twangy tones, but fortunately had less of a hollow characteristic.

In addition, for reasons unknown, the bottom snare strands (which laid against a head that was already fine-tuned tightly) suddenly seemed to buzz more than before. Using the tension adjustment on the snare throw-off, we were able get them under control but it seemed to have a very limited sweet spot range before they sounded too tight. Finally, tuning up to the more conventional tighter range of a smaller drum, the sound was much more pleasing to the ear, containing a fuller tone and a sharp, loud bite. However, some twangy overtones still existed, with an improved amount of control due to the higher pitched range.

The next drum tested was the black side-snare. Comprising the same dimensions, components and exact design as the previous drum, this second drum naturally delivered the same results as the first drum reviewed. There was, however, one interesting observance: even with the same exact details as the red side-snare, this drum incorporated a moderately better sound in all ranges. It is in our opinion that it was not necessarily related to the make, style or choice of drum but rather related to the fact that all drums have a tendency to vary individually regarding quality of sound.

Last, the standard 6x14” chrome-on-steel snare was tested with the same process. In the low range, this drum sounded rather unpleasant, containing a considerable amount of ring and poor tonal quality. However, the tone and control improved slightly when muffled with some tape (Note: We rarely, if ever, advocate adding excess muffling to a snare drum unless absolutely required in a miked studio or live situation).

Raising the drum up to a mid-level tuning exhibited another series of twangy overtones with a very open, hollow sound. But, the drum did display a stronger, punchy sound that was not present in the lower range (or within all the ranges of the side-snares). Finally, tuning the drum high allowed for a pleasing, snappy, pop/crack, but still contained some excess ring. In general, we noticed a tonal similarity consistent with most steel shelled drums, but slightly better sounding in the higher pitched range of this drum.

Tuning Tip: As we sound tested the snares, we experienced the best tonal range for all three drums in the higher ranges. After aggressively tightening the bottom heads and then raising the top heads, the drums possessed a bright, cutting tone that could be very advantageous in a live setting (most notably, the side-snare drums tuned high).

The drums themselves did not arrive with any catalogs, paperwork, or details. Researching this new 805 snare series line online, we found only a limited amount of information on these particular drums.

There was, however, a great amount of statistics found online for the previous set of 805 snare drums released by Pacific Drums, which featured the same dimensions and bright color choices, but were designed with a wood shell instead of metal.

There was a link on the Pacificdrums.com website to the 805 series line which contained a fair amount of basic information on these new drums. However, specifics on the exact throw-off used, the powder coating process, shell details and other related characteristics had to be obtained through an email to the company. Drum Workshop is, nevertheless, a top rated and reputable drum company in the music industry. Through a minor amount of contact or research, information and product support is readily available.

For the player looking to purchase an attractive mid-level addition for their drum set, these snare drums are a very good bargain.

Characteristic of many steel-shelled snare drums, the timbre of each drum tended to be fairly limited in warmth and roundness, and contained a fair amount of unwanted overtones – most noticeably in the mid- to lower ranges. Unlike the bulk of a brass shell or the fullness of a wood shell, a rolled steel shell is a less expensive metal and tends to have the sonic characteristics described in the Sound section of this review. 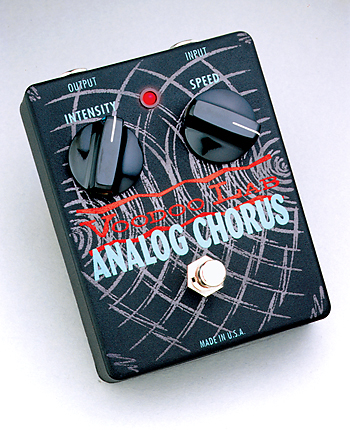