Home studios are easy to set up these days. With computers in every home, just about anybody can record their inspirations and, with the right tools and a little  bit of mixing magic, can achieve great results without making a trip to the pro studio. As the price of technology drops every year, the cost of recording equipment falls comparably. Today it's easy to find great sounding mics, interfaces, and processors for very reasonable prices. Such is the case with the Eureka from PreSonus.

Eureka is a very reasonably priced channel strip containing a single Class A preamplifier, compressor, and parametric equalizer. It is easy to set up, sounds great, and works wonders on instruments or vocals being recorded in home studios. The compressor is smooth, and the EQ is clean. The unit is quiet, too! When the EQ or compressor are bypassed, they don't color your sound at all, meaning that you can keep the Eureka in your signal chain without having to worry about changes in tonal quality based on which components are in use.

If a professional sounding, low priced channel strip is what you need, you really can't go wrong with the Eureka.

The Eureka is a one space rack-mount, single-channel strip. It includes a Class A mic pre-amp, compressor, and parametric equalizer, and is easy to hook into your signal chain.

There are three options for inputs: XLR and 1/4" Line Level on the back, and an 1/4" Instrument Level input on the front. The two outputs are XLR and 1/4", and there are also a set of ¼” Send and Return Insert jacks on the back for easy interfacing with mixing boards. An optional 192K/24-bit Digital Output Card is also available that has AES/EBU and SPDIF output connectors as well as an auxiliary 1/4" analog line input. This auxiliary input enables two Eurekas to share one Digital Output Card, which makes it great for stereo analog-digital conversion.

On the front of the Eureka is a backlit VU meter that monitors output level or gain reduction (see the Master stage details below).

The Eureka has four sections: Preamplifier, Compressor, EQ, and Master.

Preamp: This is the input stage of the strip where you can chose which input to use. For the XLR input on the back, and the Instrument input on the front there are controls for Gain, Impedance and Saturation. The Impedance control selects the amount of resistance that is applied to the mic input. There are five values to choose from: 50, 150, 600, 1500, and 2500 ohms. Most low-cost mic preamps generally have fixed impedance, while expensive studio-grade preamps have continuously variable impedance to ensure a perfect match between a selected microphone and the preamp. PreSonus deliver a beautiful compromise. The Saturation control selects how much increase is applied to the even harmonics of the sound. The manual says this is supposed to warm up the sound and give it a "tube" feel (although there are no tubes present in this preamp).Above these controls are buttons for Line, 48V, -20db pad, 80Hz low-frequency roll-off, and Phase Reversal. When the Line button is activated, the signal is fed in through the rear 1/4" Line connector. This bypasses the Gain, Impedance, and Saturate knobs, and thus provides less control over the sound. Being the sound-control dictators that we are, we generally plugged into the Instrument input to utilize every aspect of control that we could.

Compressor: After the Preamp section is a comprehensive Compressor. This has all the attributes that compressors should have, including Threshold, Ratio, Attack, Release, Gain, Soft, and a side-chain Hi pass. The Ratio knob goes all the way to level 10, which turns it into a limiter.  The Soft button selects Soft Knee and Hard Knee compression curves (the default is hard).

The final stage is the Master. This sets the final output level of the Eureka. It functions as a master fader for the entire processing strip. There is also a button that can switch how the VU meter reacts to sound. When In, the VU meter reads the gain reduction of the compressor, and when Out, it reads the output level.

PreSonus products are typically easy to use and built tough, and the Eureka is no exception. The knobs are metal, and they feel strong. The casing is brushed steel, and looks great. The knobs are also notched/detented around. This can be good or bad, depending on your preference. For those who don't generally like detented knobs, rest assured that this doesn't detract at all from the performance of the Eureka. The sound is smooth and the levels don't jump with each notch in the rotation.

Connecting the channel strip was easy. The Instrument jack on the front ensured that a guitar or bass player can just plug in and go – no reaching around the back of the unit every time you want to plug in a different instrument cable.

The one draw-back to this unit has to do with the size of the knobs. If you've got large hands, then the controls will be a little tricky to navigate. The EQ section is especially difficult to sweep though the frequencies because of the close proximity of the knobs to one another (that’s probably why the knobs are detented – to avoid accidental adjustments).

The sound of the Eureka is very clean, as a Class-A pre-amp should be. We tested it by running a couple of computer-generated loops and instruments out of our Digidesign 002 serially through it, and also clean. The sound through the zeroed-out Eureka sounded exactly the same as the clean sound. It's good to know that when all the sections of the Eureka are bypassed, the unit doesn't color the sound.

The next test was to find out how it sounded with a microphone. We used our AKG SolidTube to record female vocals. We mostly focused on the compressor aspect of the chain, as we like to apply EQ after the recording.  Because of the quietness of the Eureka and the smoothness of its compressor, we were able to capture full songs that swing drastically in terms of dynamic range. The Eureka's compressor sounded natural and clean, and really helped smooth out the performance.

We then plugged the unit into our patch-bay to see what else we could do with it. It obviously has a great clean sound, but what about its bite? How does it do in terms of sound design/degradation?

For this we ran some drum loops and bass loops through it. First we processed them with normal channel effects – a little bit of compression and some EQ. Then we overloaded the input slightly and got it to crunch. The sound came out nice and dirty.

The only real complaint we had as far as sound goes had to do with the EQ. When the EQ is bypassed it is completely transparent, but when we were EQing some instruments within the unit, it seemed to lack a certain edge. The gain didn’t really push the frequencies enough, and trying to really alter the sound (through the EQ) led to some frustration. If we had a wish-list, it would be to add shelving to the high and low frequencies.

Overall the sound of the Eureka is very good, particularly when considering its price. If you are looking for a tool to smooth out vocals and instrument recordings, the Eureka sounds good. And if you want a channel strip to help add some edge to your sounds on input, this won't do you wrong. It's a very versatile piece all around the board.

The Eureka’s user’s manual was good, as is typical from PreSonus. It describes what each section of the unit does, and then in the back of the manual it offers some helpful starting points for settings to record different instruments (ex: vocals, guitars, drums, etc.)

What does Class A mean when we talk about preamps? It refers to circuitry in the preamplifier design. In a Class A design, current is passed through transistors in the amplifier constantly, whereas Class B circuits only send power through the transistors on the rise of an input signal. Class B is more efficient, but less linear in the response curve generated.

Typically, Class A designs results in a more transparent sound, whereas other designs are more likely to impart some coloring on the signal. In the case of some vintage preamps (found in high-end studio mixing boards or in discrete hardware preamps), Class B and Class AB amps specifically contributed color to the sound that many engineers find desirable, whereas other engineers prefer a preamp to be as transparent as possible. 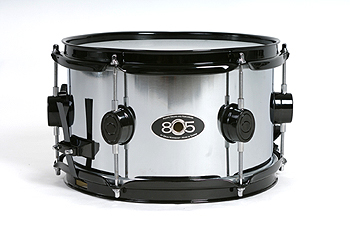 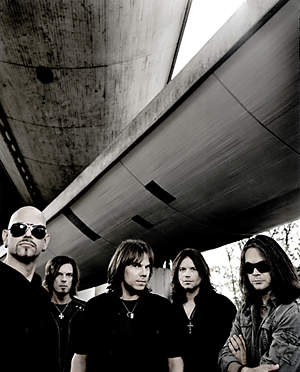 Europe: This Is Definitely Not Their Final ...