Sporting a new drum configuration for 2007, Tama’s Superstar SL Hyperdrive six-piece drum kit is positioned in the middle of their product family. But don’t allow the term “mid-level” to make you overlook this kit — it produces a big, round, robust sound typically produced by drums of a higher caliber.

Coming equipped with a very impressive hardware package, a beautifully designed finish, and an additional floor tom, the configuration, details and quality of this kit will easily fit the needs of most players.

Whether utilized as a secondary set for a regular gigging pro or as the primary kit for a drummer on the rise, the Superstar SL makes a great addition to the arsenal of drum set choices on the market today. Despite some minor design flaws, overall, this is one great new package from Tama.

The drum set arrived very well packed and organized in a series of boxes, with the two upper toms and snare drum pre-assembled in the factory. The hardware arrived in a separate box, though the bass drum and floor toms required assembly from scratch. In addition to all equipment, the package included a handy “How To Assemble and Tune” DVD, a tiny tool pack with key and wrench, and extra assembly and warranty paperwork.

Upon assembly, one can’t help but admire the very attractive “custom scarlet fade” lacquer finish on the outside of the drums along with the darker, brushed nickel hardware on the drums themselves. The shells (seven-ply: bass drum, six-ply: toms and snare) are made from a mix of birch and basswood. The included hardware comes from the Tama Roadpro series, containing some well-built and attractive, double-braced, sturdy stands and also includes an Iron Cobra Jr. single pedal. The tom mounting system is Tama’s top-of-the-line Star-cast system as found on the Starclassic line.

Once the kit was completely assembled, it became apparent that the configuration was a bit different than most kits on the market. The drum set includes a deep 18”x22” bass drum but utilizes shallower toms that one would typically expect to find in a jazz configuration. However, the inclusion of strong, zinc die-cast hoops as well as the Star-Cast mounting system on toms allows for an assortment of tone and tuning range options. The mix of short toms with a large bass drum and a second floor tom really opens up the possibilities for various configuration and tuning choices suited to a wide range of players.

Some last details consist of the inclusion of “Sound Bridge High Tension, Low Mass” lugs that “float” over each drum for minimum shell contact and full resonance. In addition, the hardware pack contains two MTH900AS single-tom adapters in order to mount the rack toms off of adjacent stands. This avoids mounting the toms on an obtrusive tom post from the bass drum and allows for maximum tone and sustain from the kick itself. Finally, Tama clear Power Craft drum heads were supplied for each drum, and ring mufflers were included on the bass drum head for internal sound control.

The operation of the drum set was very user-friendly as various tuning testing and general set up options were conducted with ease. Ball and socket joints on the tom mounts made adjustments very simple, and all cymbal stands are built with toothless quick-set tilters enabling cymbal placement at any precise angle desired. Various tests on snare tensioning and tuning delivered pleasing results across a range of settings.

However, there were a few usability issues that did become a concern. To begin, the first floor tom has only a relatively shallow 12” depth, which presented some adjustment issues. In order to regulate it to even a moderate height that flowed well from the mounted toms, we had to raise the drum to the absolute top of the floor tom legs. This can clearly pose a challenge for taller players since there is not a great amount of leeway for higher adjustment [Editor’s Note: Drums Editor Jason Gianni is not a particularly tall drummer]. Also, despite the well-built hardware, there were only a limited amount of memory locks provided on each stand, which would be inconvenient for a busy, gigging drummer needing them for quick setup purposes.

We tuned and tested the drum set as if it were being utilized in a rock situation as well as a jazz situation. Given the mix of the drum sizes in this configuration, it seemed only appropriate to test the drum set out for the common jazz player in addition to the heavier rock player.

When tuned for a rock setting, the snare drum was pitched relatively high while the bass drum and toms were dropped to a lower, broader tone. Given the depth of the bass drum, the lower range of the drum was a more appropriate tuning option as it produced a big, full, round, projecting tone.

The bass drum tone was so strong, in fact, that it clearly cut through the tones of the rest of the drums while the entire kit was being played — other musicians commented that they really felt the punch of the kick.

The snare drum gave off a clear, warm crack that complemented the full tone of the bass drum very well. Upon tuning the toms, there was an initial concern that dropping the pitch of shallower drums may not produce enough of a sound to correspond with the tones of the kick and snare drum. However, it was a great pleasure (and surprise) to hear a bright but full, warm, sustained-toned from all the toms despite their lack of depth.

The sound and sustain from each drum sounded much better than expected due to the aid of the Star-cast mounting system. The entire drum set produced a very well-balanced, substantially broad sound appropriate to most rock situations. The mix of birch and basswood on each shell is perhaps the main contributing factor to a great combination of projection as well as a full, open sound consistent throughout the kit.

Our one possible concern would be for players in a heavy metal genre looking for extremely low and loud tones. The mix of sizes in this drum set, though surprisingly versatile, may not fit the needs of a player looking for the excessive volume of sound typically delivered by much deeper drums.

Shortly following the first test, the drums were then pitched differently to attain more jazz-oriented tones. The snare drum was dropped to a lower pitch and the tension of the snares was adjusted looser to obtain a slight buzz from the drum. The bass drum and toms were then brought up much higher in pitch for the more common “open” or “twangy” sounds typically obtained by jazz drummers. Beginning with the bass drum, the higher pitch produced a nice open sound but would most likely be considered too large for a standard jazz scenario (Typically, jazz players perform on a very small, 14x18” bass drum which is significantly smaller than the drum in this kit).

On the other hand, one advantage of the snare drum in this set up is the medium-ranged 5 ½” depth that allows for a nice amount of versatility depending on the musical situation. When brought down in pitch, the drum still responded very nicely with a looser, yet warm, tone that was very appropriate for a jazz situation.

Finally, the pitches of the toms were all brought up to a relatively excessive level. As a result of the shallower depths, the tone of the toms were perhaps the most appropriate of all the drums for a jazz setting, producing a very open, clear, projecting, high-pitched timbre. If you decide to take this kit out for a jazz gig, one suggestion would be to leave the larger floor tom at home so as not to frighten away all the other jazz musicians! Despite the excessive bass drum tone and projection, and the extra floor tom, the drum set produced a very pleasing tone in the jazz setting as well. A fusion band would particularly enjoy the sound.

As mentioned in the Features section of the review, the drum set arrived with plenty of paperwork and instructions pertaining to set up and configuration. Given the additional inclusion of a tutorial DVD and tool kit, we feel that Tama did a superb job of providing drum documentation [Editor’s Note: Drummers have been complaining about the lack of adequate documentation with drum products for many years. Clearly Tama has listened to the cry and responded.]

There is also very detailed information about this drum kit on Tama’s website as well as various retailer sites. As with other major manufacturers in the drum industry, additional product support, warranty information, and documentation can be easily obtained through Tama’s website or via direct contact with the company.

The Tama Superstar SL Hyper Drive drum kit (MSRP $1,879.99) can be purchased for around $1,200.00 retail, which is a pretty typical price range for a mid-level drum set. However, given the beautiful finish, great versatility of the sound and sizes, quality construction, and the accessories/hardware included, we consider this a very good value for the money. 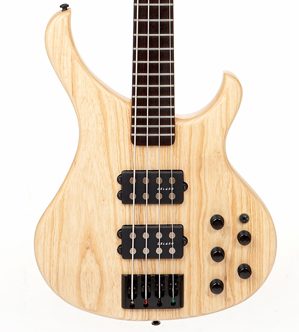