The Germans have given us some of the world’s finest performing automobiles and some questionably good food. Now, they give us the Human Base USA BaseX.oc4, and what a tasty treat it is! This is an incredible bass guitar in all ways: design, playability, looks, and (most importantly) sound.

The design of the Human Base USA BaseX.oc4 is traditional yet has a fresh look to it. The neck and fretboard were smooth to the touch and playing up and down the neck was easy thanks to a deep cutaway on the treble side of the body.

We loved the “zero fret” by the nut. This very unique feature makes playing first-fret notes clean without the low buzzing you sometimes get when playing very hard. It created an incredibly even tone throughout the range of the bass.

The electronics begin with Delano pickups. These are top-quality, hand-made (in Germany) pickups that are responsive and clear. And when it comes to unwanted noise, they are super quiet. We loved the wide sweep of tone offered by the Low, Mids & High controls and the variety of tones we could produce by playing around with the tone controls and pickup selection. The ability to switch from active to passive electronics and the coil tap switch allow the bass to create many different tones and timbres.

The Glockenklang preamp, which controls the pickups and tone, is superb. Even with the gain turned up all the way, the bass was nearly silent, making it one of the quietest bass guitars we’ve tested.

The bolt-on neck has one of the best designs we have seen, featuring an elongated wedge shape that makes the instrument respond more like a neck-thru instrument than a bolt-on.

We highly recommend this base for its comfortable body and neck, excellent electronics, versatile sound, and overall professional quality in every aspect of its design. It’s a “must have” for the bass player looking for something new but requiring something that looks and sounds traditional, too.

The BaseX.oc4 (the “4” in the name designates the four-string version) shipped to us with a somewhat vintage looking natural finish over a swamp ashwood body, a maple neck, and rosewood fingerboard with just a hint of lacquer for protection [a red burst finish is also available, and pictured in the review].

At first glance the BaseX.oc4 has a traditional style to it, but further inspection reveals that there is a lot more to it. The basic specifications of this model are pretty standard: it has a 34” scale length with medium jumbo frets made of nickel silver. The nut width is 40mm, and the BaseX.oc4 shipped with medium gauge, round wound, D’Addario strings.

One feature that stood out from the norm was a “zero fret” just before the nut. This feature really sparked our interest in the effect it would have on the bass’s tone and playability.

The BaseX.oc4 features hand-wound German Delano pickups and a Glockenklang pre-amp. There are five control knobs: Three are for Lows, Mids and Highs, all with very nice wide sweeps (which came in handy when testing through a variety of different bass amps). The fourth knob is for pickup selection and blending, and the final knob serves double-duty as both a volume knob and a push-pull selector between either active or passive electronics. A nine-volt battery compartment is located on the rear of the bass.

The BaseX.oc4 also features a coil tap switch. The function of this feature is to split the humbucking pickups from dual-coil to single-coil operation, which provides for a whole new set of tones to be called upon from the bass.

The bridge design has a very cool look, too. It is longer than most bridges, and each string sits on its own saddle, which makes it easier to lock in precise string intonation. All string adjustments are located in the bridge.

The bolt-on neck is like no other we’ve seen. The connection joint has a particularly long section that goes deeper than usual into the body thanks to a clever wedge design, thus making a tighter and more secure connection between neck and body. Very cool.

While Human Base is a German company, with more costly instruments hand-made there, the Human Base USA BaseX.oc4 is built from a combination of Asian-manufactured parts (body, neck, etc.), German-manufactured pickups and electronics, and then the whole package is assembled in the United States by a new domestic division. It’s truly an international instrument.

The bass just needed tuning when we took it out for the first time. The factory setup was superb, and we didn’t need to adjust anything before digging into the instrument.

The very first thing we noticed was the zero fret at the nut. As we played the bass, we noticed that this “extra” fret contributed to the tone of all the notes ringing through even and clear. After putting the BaseX.oc4 through several playing styles the zero fret feature became even more obvious. When playing extremely hard styles, like heavy rock or progressive, the zero fret did not have that “sometimes” buzz that many other basses produce when playing hard on an open string or first-fret notes. This made the BaseX.oc4 fretboard one of the most consistent and player-friendly we’ve ever played.

Despite some considerable weight to the bass, its traditional body design felt extremely comfortable when strapped on or seated.

The slightly-polished neck was very smooth to play on. The matching of the maple neck and the rosewood fingerboard contributed to the BaseX.oc4’s solid feel.

The controls were easy to reach and operated smoothly. The only questions we had were which knobs controlled what? Between the lack of a manual and five knobs, a push-pull knob, and a switch, it took us a little time (plus a visit to the website) to finally know for sure what everything did.

Any string adjustments we made were very easy, and only took only moments to accomplish.

The sound of this bass is, in one word, awesome! And the Delano pickups are some of the best sounding pickups we’ve heard – ever!

When we were playing around with tone and pickup selection we had a lot of fun. We were able to produce several tones that could be used in almost any style of music from funk to traditional jazz, heavy rock, mid-range tones for a more progressive rock style, and more.

One of the neatest tones we discovered was found when we used only the bridge pickup and rolled up the top-end highs. We got a fantastic, popping bass sound that reminded us of the tone that Jaco used to get from his Jazz bass.

The Glockenklang preamp really is the heart of the BaseX.oc4’s great tone range. We were able to dial in pretty wide range of tones that were quite similar to several popular basses, as well as creating a few new sounds of our own.

The coil tap switch doubled our tone selections by running the Delano pickups as single coils, which sounded great, too. The wide sweep of the tone controls in the single coil mode made for some very cool sounds! We found that the overall sound quality was “lighter” and well suited to a bassist who play a lot of soft jazz, wedding gigs, or small club situations. But throw the switch and it’s back to shakin’ the floor and rockin’ the house!

The bass performed beautifully in every playing situation we tested it in. First, we tried several amp and speaker enclosures combos to hear the wide variety of tones that the bass could produce. The three tone controls (Lows, Mids, Highs) have a wide sweep for an amazing range of tone possibilities. Having the ability to modify the tone through this onboard EQ allowed us to compensate for inherit tone qualities of the specific amps (or rooms, for that matter). We certainly recommend that if you are going to play a quality instrument such as this, you match it up with a quality bass rig, though you’ve got a little less control over the quality of the rooms you play in.

The BaseX.oc4 was equally fantastic in the studio. The first studio we used was our own home-based set up. You know — the usual interface hooked up to a Mac running Cubase and Finale. The BaseX.oc4 performed great and recorded very clean. Absolutely no noise was detected in our home studio setup. Next we brought it to a real studio. After a couple of minutes, the engineer was wondering why there was no noise! He thought that maybe something wasn’t plugged in or switched on, but then we played a few notes and his reaction was a straightforward “Whoa.” We were impressed, too.

We liked to keep the BaseX.oc4 in the active pickup mode because it offered the widest range of sounds and tones, but if you ever find a situation where passive electronics are going to serve the gig, then this really makes for a nice option. No need to carry another bass — just flick the switch!

This is really a bass you have to hear for yourself. Make sure you take plenty of time to play with the pickups and tones before you decide. There are lots of combinations on this platter.

There was no manual with the bass when we received it. Not that it is totally necessary have a manual, but even a brief document describing the control layout would have been helpful. Of course further details related to bridge, saddle, and neck adjustments would have proved useful as well.

When we finally found an explanation for the controls on the Human Base USA website, it was lacking information about the coil tap switch. We’ve been informed that product documentation is in the midst of revision — the coil tap was a recently introduced feature, so expect to find updated documentation online shortly.

This is an excellent price for an instrument with this build quality and sound. The feel and texture of this bass is as inviting as its looks. If you’re shopping for a really nice bass and appreciate the natural wood look, the Human Base USA BaseX.oc4 is definitely one instrument you need to try.

We would like to have seen the bass arrive in a better case, though. It was shipped in a very middle-of-the-road gig bag that just doesn’t match well with such a good quality instrument. A better gig bag with more padding, or a hard case, should be supplied. 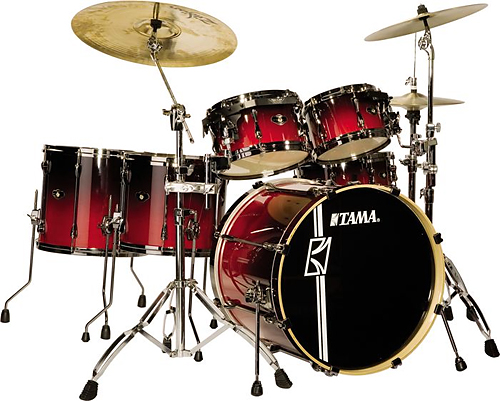 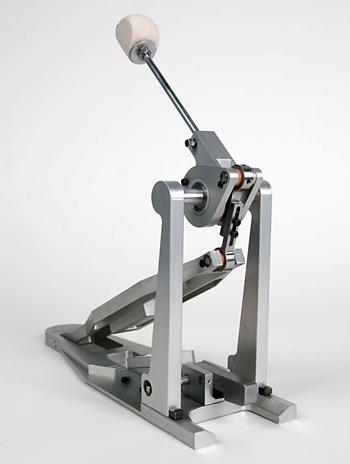 Joseph Dubbiosi, Writer (Bass), is a professional bassist and violinist, music instructor, and session player based in the NY metro area.