“Unfiltered Audio’s new Instant Delay plugin packs a lot of functionality into a small package. Driving the multi-mode filter creates some very interesting self-resonating textures. I’ve been using this on my drum buss, creating all sorts of unique and bizarre effects... lots of fun!”

SANTA CRUZ, CA, USA: Plugin Alliance, a new ‘Über-standard’ supporting all major plugin formats and uniting some of the best-known international audio companies under one virtual roof, is proud to announce availability of Instant Delay — an echo effects plugin powerhouse packing built-in filtering, saturation, and an insightfully intuitive modulation system (with a full-blown step sequencer and integration with ROLI’s revolutionary Lightpad Block control surface) into a compact, keenly-priced package providing a taste of the innovation and depth behind Plugin Alliance partner Unfiltered Audio’s powerful processing — as of May 26...

Anyone at all familiar with Unfiltered Audio would be quite correct in assuming that even a seemingly simple delay from this cutting-edge Californian company will witness them thinking differently. Drop an instance of Instant Delay into a standard DAW (Digital Audio Workstation) effects return and it will perform everyday delay duties as anticipated — anything from stereo echoes on a sultry vocal track to ambient delay tails on an undulating synth pad... put it this way: with Unfiltered Audio’s unique creative touches thrown into the mix, this truly is a must-have plugin, regardless of whether the (potential) purchaser already has a dozen different delay options onscreen! Why? Well, Unfiltered Audio always finds unconventional ways to make conventional products more interesting. Instant Delay does just that. By being a delay that does not simply stop at providing plain sailing flanging or ping-pong effects, extending instead into modular synthesizer-like territory with an inter-parameter patchable modulation system that positively promotes musical creativity, it can create elaborate echoes belying its (initially) deceptively simple interface.

Instant Delay packs a serious punch, pushing the boundaries of control and sonic possibilities further forward for all to see (and hear). Starting with its innovative Delay Time setting layout, Tempo Sync (for stereo channels Linked together or separately) is available alongside an option to offset one channel’s delay time relative to the other (which widens the stereo field for shorter offset times or makes mesmerizing syncopated rhythms with longer ones). On the face of it, a simple flange effect on a mono lead track with a short, Linked delay, for example, can quickly be made more exciting, ending up sounding completely different by simply up-mixing it to stereo with a small offset, increasing that offset, then cranking up the Feedback before finally dialing in some natural character with the Jitter control to introduce an element of randomness to the selected delay time — no inter- parameter patching (necessarily) needed!

Needless to say, though, Instant Delay’s unique patchable modulation system is a signature of all Unfiltered Audio plugins. Putting it into play is to want to (patch and) play! Intriguingly, it features several envelopes and modulators that link together with virtual patch chords to control almost all available parameters on the user interface. Users can choose from four different types of time- or tempo-based LFOs (Low Frequency Oscillators) and apply them to almost any plugin parameter — or even to other LFOs! Applying a speedy square wave to the Mix control adds a Leslie-type effect to the source signal, but by adding a slow LFO to the first LFO makes that Leslie effect only occur intermittently. If users want to apply rhythmic patterns to the plugin’s parameters rather than linear cycles, Instant Delay happily complies, courtesy of a full-featured step sequencer — similar to those commonly found on vintage synthesizers — that can be used instead of, or in conjunction with, the sine wave-based LFOs. Having patched to their musical heart’s content, users can simply sit back and let Instant Delay do its thing or get their hands dirty by using macro controls to make real-time adjustment to several parameters at once, making Instant Delay perfectly suited to live performance.

Prepare to be amazed still further, for — in a first for delay plugins — Instant Delay’s modulation system seamlessly integrates with ROLI’s revolutionary Lightpad Block control surface, so different aspects of Instant Delay can be controlled using four different modes via simple patching from the ROLI modulator into various parameters or even other modulators. Whether working with virtual controls or the Lightpad’s smooth, glowing, pressure- responsive surface, Instant Delay is ready, willing, and able to throw down the gauntlet in any on-the-fly production or performance situation — in the studio, onstage, or on the go!

Other noteworthy Instant Delay features that help set it apart from the sound of the (delay) crowd include an analog-style multi-mode (Low-Pass, Hi- Pass, Band-Pass) filter with adjustable resonance (Rez) — applied to the Feedback loop; built-in soft clipper with Drive control — can generate subtle saturation, overdriven aggression, and anything in between; and an artifact-free delay buffer algorithm (that first made an appearance on Unfiltered Audio’s flagship Sandman Pro plugin) — lets users expand or contract the delay buffer in real time without pitch fluctuations or digital noise, so users can create beautiful time-stretching effects by modulating the Delay Time slowly from short to long or automate the rhythm on echoes without having to bypass Instant Delay between settings.

Surely studio professionals (looking for a solid delay that puts a unique spin on echo processing by providing a unique feature set and innovative delay algorithm), EM producers/beatmakers (seeking a creative tool that not only creates fantastic delay tails, but also provides interesting and unique sonic sweeteners and sound effects), and ROLI BLOCK owners (wanting a performance-oriented delay plugin that seamlessly integrates with their Lightpad Block control surface) all need look no further than Instant Delay — an echo effects plugin powerhouse packing a lot of functionality into a compact, keenly-priced package providing a taste of the innovation and depth behind Plugin Alliance partner Unfiltered Audio’s powerful processing. 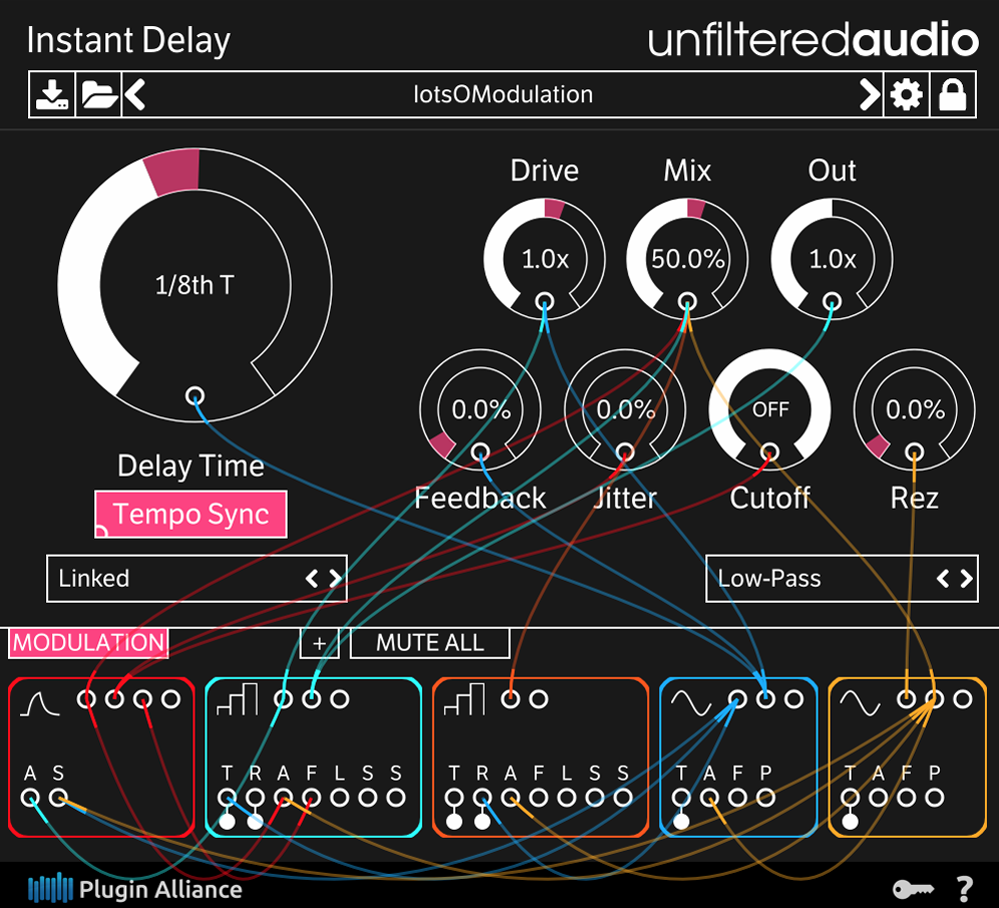 About Plugin Alliance (www.plugin-alliance.com)
Based in Wilmington, DE, USA, with offices in Santa Cruz, CA, USA, Plugin Alliance is more than just a website; it is a new ‘Über-standard’, supporting all major plugin formats and uniting some of the best-known international audio companies under one virtual roof. It empowers world-renowned analogue hardware companies with a digital strategy and provides software developers with services that allow them to develop products with increasing quality and quantity. It does this by providing world-class marketing and distribution, as well as platform features like a state-of-the-art authorization system.The Alliance is more than just a group of partner companies; it is a rapidly growing community of artists, engineers, producers, and industry luminaries who have joined to share what they have learned.
© 2017 Plugin Alliance LLC
Previous Story 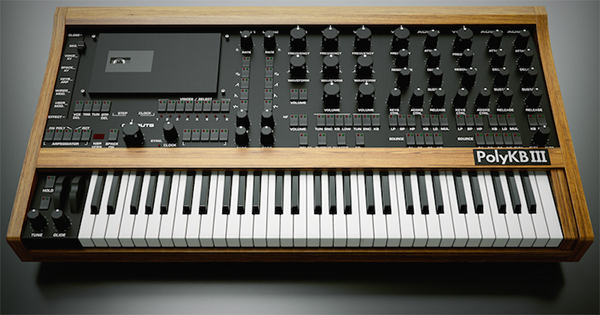