Detroit is a city stepped in both innovation and history. From back to the times of the Ford Model T, Detroit has had a measure of well-deserved pride in building itself up as a major manufacturing hub as well as an economic powerhouse where residents thrived for generations living the American dream. Sadly, Detroit also fell on hard times, and in 1967, a week-long riot broke out leading to thousands of arrests—and also leading to the destruction of several downtown structures on Michigan Avenue.

Wallace Detroit Guitars has built a boutique guitar company around historical buildings such as these. Why not see what (if anything) is salvageable in those buildings and turn them into playable works of art? The company takes Detroit-sourced, reclaimed wood from abandoned historical buildings and uses that wood to build guitars with true history baked into their very fabric. We received one of these very instruments for review, the Wallacaster, and loved the combination of playability, feel, tone, and… mojo.

The Wallace Detroit Guitar Wallacecaster 313-03-003 is part of the Detroit-Michigan Ave Series, named for its single cut, slab design. The -003 designates that the guitar was the third one manufactured in the series. It shipped in a gorgeous (and we mean gorgeous) Gator brand, faux-alligator skin, distressed, locking, hard case complete with a plush interior and gold hardware. Upon opening the case, we viewed one of the more unique looking guitars we've seen (from the grain perspective). Old growth pine was sourced to make a Telecaster-style body, while the top is cut from the same kind of old growth wood, but cut into 1"x 3" offset rectangles pieced together, much like a checkerboard. It became instantly clear we did not have another "me too" Telecaster-style guitar in our hands.

Most of the other components on this guitar were, however, quite traditional (not to mention, premium): Wilkenson brass compensated saddles, Gotoh vintage-style nickel tuners (three on each side, which is definitively not in the Tele tradition), CTS pots, a three-position pickup selector switch, orange drop caps, and a Switchcraft jack.

A plainly stated rosewood fretboard fit the décor of the instrument nicely, as well as the bone nut and single, lone nail head in a block on the guitar's top! A large, offset headstock wears the company's logo and established year, 2014, which is actually branded into the wood. A compounded neck profile was also a nice touch, measuring .875" at the 1st fret and .910" at the 12th fret, and the guitar had a familiar 25.5" scale length. In classic Telecaster fashion, the neck has 21 frets (modern Teles now sport 22). And while Wallace chose to incorporate a black pickguard motif, the shape of the pickguard is custom and lends itself well to the contours of the guitar.

The back of the headstock bears a plain, stamped serial number that might be easily missed. Four oversized, non-recessed, screws attach the neck plate, which is also nicely embossed with the company logo. The hand-rubbed, oil finish can be felt but not seen. Two custom, hand-scatter-wound P90 pickups, and traditional strap buttons round out the feature set. With straightforward controls and a standard bridge, playing this Wallce guitar is as simple as you'd imagine it to be. The only challenge for us (no fault of the instrument) was finding a strap that did not have strap locks already installed! The guitar arrived well set up and in tune right out of the case. The .084" x .039" fret wire was very comfortable to play, and felt like medium size overall. The guitar's action was instrument appropriate as well.

The three-position selector switch was smooth and functioned flawlessly, as did the guitar's single volume knob. There is definitely something to playing a guitar with aged wood. To say the guitar fit in the hands like an old glove would be understating the feel and vibe of this particular instrument. The heel of the guitar did make upper access as cumbersome as other traditionally shaped, T-style instruments. Par the course for a traditional aesthetic, but that's what you get when you crave classic vibe. And classic vibe, the Wallace guitar has it in spades.

The guitar had some heft to it, probably around nine pounds, and felt a bit beefier than other Telecasters in our collection. There is no "comfort curve" or cutaway behind the slab of wood, which would of course make it more comfortable when resting against your body, but then it would deviate even further from classic designs. Wallace Detroit Guitars put together a great, professional grade instrument, and that really became apparent where it mattered most—in the sound. We plugged the Wallacecaster into our Fender Custom '57 Pro tweed combo, as we felt this was an ideal match for such a classic styled guitar. We were quite pleased with the responsiveness of the P90 pickups, and raising the volume of the amp into slight overdrive, we loved the resulting tone. So much so, we lost an entire day playing nothing else! The resulting tone was beefy yet clean, and cut the way a Tele-style guitar was meant to sound. This was a perfect electric blues sound.

Classic Fender tone was so well matched to the Wallace guitar that we felt we would be hard pressed to do better. But why let that stop us?

Our Friedman Phil X 100w head through a Mezzabarba 4x12 were well up to the task of trying. Our second sound test was also very pleasing to the hands and ears. Dialing in a healthy amount of amp gain and volume, the Wallacecaster pushed the Greenback-loaded cabinet into sweet, singing overdrive. The P90s did create an expected level of noise, which is also par the course given the traditional configuration. However, the acceptable noise level was easily kept at bay with reasonable gain settings, and we were still able to achieve perfectly crunchy tones suited to rock or modern blues.

We also confirmed in this configuration just how smooth the P90 pickups switched between one another, and how useable all three pickup positions were. Notes sustained well, even under lower gain settings.

An intuitive website describes the history of the guitars, the company, and the city of Detroit as well. However, there is virtually no information about set up or maintenance of the instrument anywhere to be found. We'd really like to see a manual provided in print or for download.

However, it is worth noting that if you are not happy with your Wallace Detroit guitar, they offer an incredible one year, money back guarantee. Virtually unheard of in the guitar community and usually reserved for late night infomercials, this is outstanding and goes to show just how much they believe in their guitars. To date, no one has returned an instrument under this policy. Further, a standard one year warranty applies as well.

The Wallace Detroit Guitars Michigan Avenue Wallacaster sells for $2,900. Given the guitar's premium components, sourced reclaimed wood, expert luthiery, and professional level playability, we feel this guitar offers a reasonable value in the boutique space and is worth considering for any serious player looking for a Tele-style instrument with its own vibe and a healthy dose of magic. 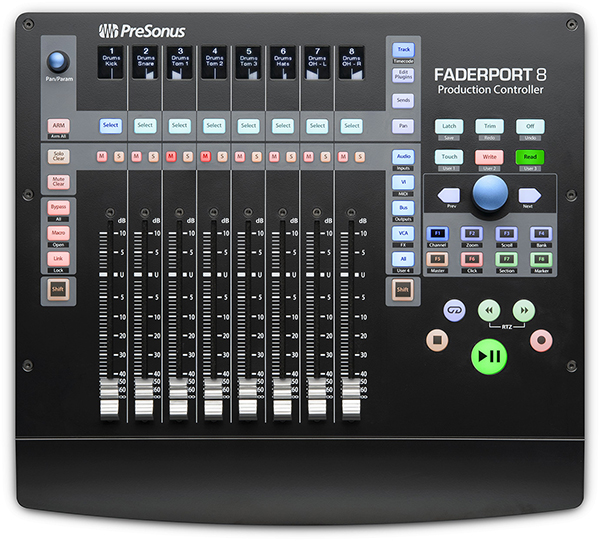