Making the leap from combos and heads to a rack system is filled with many considerations, the first two relating to equipment selection and cost. For guitar players in search of a straight-forward, tube-driven, rack mounted guitar preamp, the ENGL Tube Preamp 530 Modern Rock is an easy choice, especially if you’re on a tight budget and still want pro-level sound.

Overall, the ENGL Tube Preamp 530 Modern Rock is a very good sounding preamp that we think will appeal significantly to the players whose name it describes. Its sound was at times reminiscent of popular Marshall and Mesa/Boogie tones, but with a few subtle differences.

If you like a guitar tone similar to punk/pop and EMO artists such as Green Day, The Offspring, Taking Back Sunday, Yellowcard, or Thursday, then we believe you’ll be very comfortable with the tones produced.

While the 530 may lack the feature set of some popular competitors (i.e., numerous channels, MIDI control, multiple preset memory locations), it provides great tone for certain styles of playing at a price that seems almost like a misprint compared to most of the other rack mounted preamps currently on the market. Even ENGL’s next-closest rack preamp costs four times as much as the 530.

For under $500, the ENGL 530 delivers between two and four foot-switchable channels of solid, modern rock and metal tube-driven sounds. Paired with a good tube power amp, it provides a solid entry into the world of rack systems and contains quite a few features that make it an incredible value overall if its tone is right for your style of playing.

The 530 was easy to use once we got used to its method for selecting channels.

Conventional knobs on the front are used for making tonal adjustments (i.e., gain, EQ, volume), and push buttons are used to select between the Clean and Lead channels, and the Gain Lo/Hi modes. There are buttons for other functions, but these two influence what may come across as sounding like four separate channels based on the button combination selected.

We connected an ENGL Z-4 foot switch to the 530 via a stereo cable. It enabled us to switch amp channels and the gain setting. A second Z-4 could be connected to control preamp bypass and to turn the lead channel’s Contour setting On/Off.

A single knob on the rear of the unit controlled overall line level output volume to all of the outputs – both the line level outputs to our power amp as well as the frequency compensated outputs. There were no adjustments for Send or Return levels in the effects loop.

A recessed switch on the rear of the unit adjusted the headphone output for use either with headphones or to convert the jack into a five-watt powered output for use directly with speaker cabinets or passive monitors. We connected the headphone jack directly to a Marshall 1936 2x12 cabinet and had plenty of volume for personal practice. The headphone output supplies a frequency compensated signal regardless of mode of operation, delivering a tone that is similar to the amplified sound.

Although ENGL calls the 530 a four-channel preamp, it’s really just two channels, Clean and Lead, which can each be adjusted for significantly different sounds using the Gain Hi/Lo switch. Depending on how differently you adjust the gain and EQ settings on your channels for the Lo and Hi gain settings, you can’t effectively step on a foot switch or push a button to get from your clean tone to your crunch tone (for example), so we don’t really consider this to be two different channels.

We tested the 530 using a Peavey Classic 50/50 power amp and a Mesa/Boogie 2:Fifty power amp, and direct into our studio’s mixing console. We played it dry (primarily) as well as through a Lexicon MPX-1 effect processor placed in the effects loop. Speakers were a Marshall 1936a 2x12 and 1960a 4x12. Guitars used for testing included a Music Man Axis Super Sport with DiMarzio humbuckers and a Carvin CT6M with its C22 pickups – humbuckers that could be split to achieve single-coil tones.

The 530 preamp doesn’t sound like it was designed with the progressive rock/finesse player in mind, but it did a great job sonically when playing pop punk and heavy alternative rock.
The selection of power amp makes a substantial difference in the sonic character of this preamp, particularly on the clean channel. We first played it through a Peavey Classic 50/50 power amp. The 50/50 relies on smaller EL-84 tubes for its power section, which lack the depth of EL-34 and 6L6 tubes commonly used in higher-powered tube amps. This combination generated nice sound overall, but without the inclusion of any effects, sound was rather lifeless and the clean tones were dull.

Playing through the Mesa/Boogie 2:Fifty (a 6L6-loaded all-tube power amp) transformed the sound and gave warmth to the clean channel that was sorely missing in the El-84 equipped Peavey.

Additionally, once we added some effects like chorus, delay, reverb, and some EQ shaping in our Lexicon MPX-1, we liked the 530 even more. Evaluating the raw sounds completely dry was essential for testing and describing the sounds, but very few players go bone-dry on everything. For those players in particular, we’ll insist that a good tube power amp is a must with this preamp.

The frequency compensated outputs are intended to simulate the sound of a 4x12 cabinet. Overall, we were somewhat satisfied with the tone. It would be useful for recording demos late at night, but we don’t think it was rich enough overall for album-quality direct recording of lead tones. We have heard more convincing cabinet simulators built into some other guitar preamps, though not at the same price point.

For quiet practicing, playing the preamp directly through our 2x12 yielded pleasing results. It sounded like a traditional guitar amp at a quiet volume thanks to the cabinet simulated output (of course, technically, it was being played through a cabinet).

Using the headphone jack for actual headphone playing was a challenge. The output was actually too hot for us with both Sony and Yamaha studio headphones, and we had some trouble getting a good sound at a quiet level. At the low end of the volume knobs for each channel, the smallest adjustments resulted in large volume jumps in our headphones.

The 530 shipped with a German user’s guide (it is made in Germany, after all) but an English translation was available for download from the company’s website.

Documentation was very good and fully explained the various features contained in the preamp. It also provided practical suggestions for how to start utilizing the various sounds the preamp is capable of generating.

The Tube Preamp 530 Modern Rock ($599) can be purchased directly from ENGL Amps USA (their distributor) for only $479. This is an unbelievable deal for an all-tube boutique preamp even if it had half as many features. Sonically, it compares well with products costing double its price (or more). 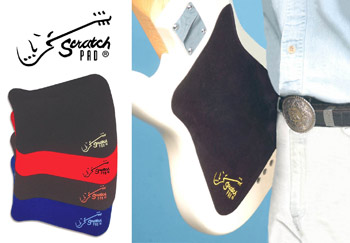