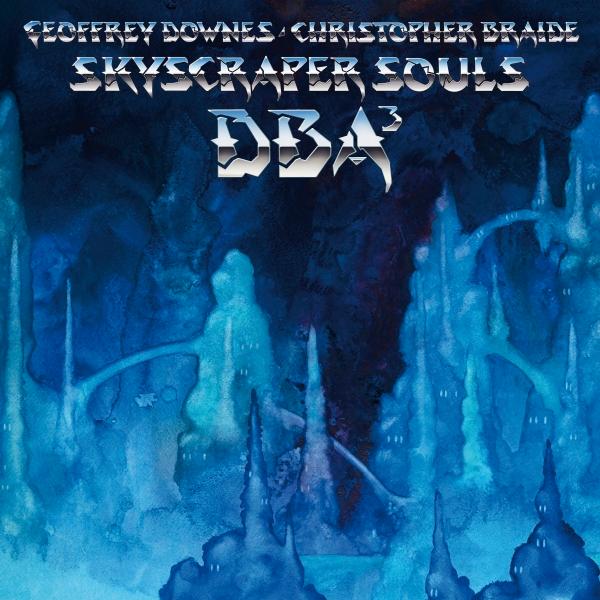 London - Super-duo Geoff Downes & Chris Braide, known as the Downes Braide Association (DBA), release their new album Skyscraper Souls on 17th November through their own label X2X Records via Cherry Red. This is their 3rd collaboration and follows their two previous critically-acclaimed releases Pictures of You (2012) and Suburban Ghosts (2015).

Both members have an immense body of work. Chris Braide is a British singer, songwriter and producer, now based in LA, who has written and produced songs for Beyonce, Lana del Rey, Paloma Faith, Britney Spears, Christina Aguilera, David Guetta, Sia, Afrojack & Marc Almond… to name a few. Geoff Downes is the prog legend who has played keyboards in The Buggles, Asia & Yes… he co-wrote the hits “Heat of the Moment” and “Video Killed the Radio Star.”

Skyscraper Souls is a more traditional progressive/classic rock/band album than their previous material, but retains a strong pop aesthetic and features many great guest contributions, including Marc Almond, Andy Partridge from XTC and Kate Pierson from the B52s. The front cover artwork is by Roger Dean.

The idea for the album started as a series of sketches Geoff had been working on after a break from touring last year. By the time he returned from the road he directed the subsequent pent-up energy into composition and the ideas literally poured out. As a kid, Chris had always loved expansive pieces like “Close To The Edge” and “Tubular Bells.” While he is a huge pop fan and has written multitudes of pop hits for pop stars, his heart has a special place for those big studio epic productions.

On this album, Downes & Braide were joined by drummer Ash Soan (Trevor Horn, Squeeze, Faithless, Del Amitri, Adele, Cee Lo Green, Will Young, Robbie Williams & Gary Barlow and many more) and bassist Andy Hodge. Chris says, “Having such an amazing rhythm section really brought the songs to life. With previous albums we always used drum machines and samples. There is so much warmth and movement in these recordings. They breathe!”

The fact that their 'association' has always had to fit around their extensive commitments has never dulled their remarkable musical creativity. This album went a step further and was co-written remotely - at no time were the pair ever in the same room! Chris explains, “Geoff would send me folders full of stuff such as the magnificent piano pieces which turned into 'Glacier Girl' and 'Prelude.' As soon as I heard the chords I was writing lyrics like a mad man and before long the album started to materialize.” Geoff adds, “The ideas themselves were in a very rough format, but with the melodies & basic harmonies. Chris started playing around with these, and often, they came back with some radical changes, but Chris was always very conscious to retain my original idea.”

The pair feel Skyscraper Souls is their strongest album to date, which is no mean feat! This album contains constant motifs and themes that recur and flow throughout. Keeping strong melodies to the fore they have created a wonderfully interesting soundscape.

Outside of DBA Downes and Braide remain in high demand.

Geoff has been pretty much flat out touring the world with Yes and Asia for the last few years. Any breaks have been filled up with other projects, including putting together some new Buggles ideas with Trevor (Horn). He is also writing film and library music.

Chris has been writing music for movies in LA, the most recent being a new animation called LEAP. He wrote “UNSTOPPABLE” for the Olympics with the artist SIA and has co-written and produced the new single for DJ Robin Schulz. He also wrote and produced a new Marc Almond album, due out next year as well as Marc's next single “Embers.” He produced a single for Elle King for a big ad campaign featuring Kendal Jenner, and is currently scoring a movie soundtrack at his studio in LA. He has written a song for Trevor Horn called “Sky Show” for an animation he was working on. With more new ventures, Chris has had no break this year, but wouldn't have it any other way. 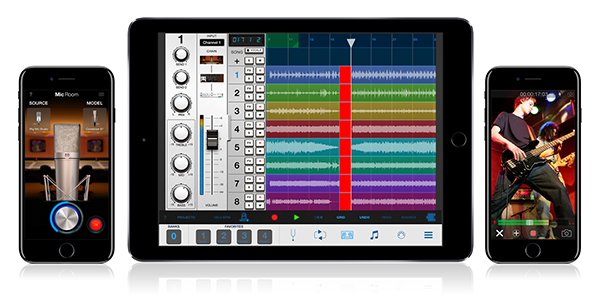