For decades, guitars, amps and pedals made in the USA were often thought of as the best in terms of quality and tone. The UK and Japan were close runners up (and even surpassed the USA at times), and then we started seeing builders in Korea, China and now Indonesia cranking out guitar gear on an astonishing level not only in terms of number of units, but in terms of quality workmanship as well.

Italy, although known for their amazing cuisine, old world architecture, and hot red automobiles, was never really on the manufacturing map when it came to guitar gear. As of late, though, a few builders are aiming to change that, and we’ve seen quite a bit of great musical gear coming out of the boot.

Laa-Custom, spearheaded by designer and builder Carlo Sorasio, has given us their latest creation, a familiar type of pedal with some not-so-familiar controls. Mr. Sorasio was kind enough to invite us to an extremely limited showing of the pedal at NAMM 2018, designed in collaboration with notable guitarist and all around great guy, Phil X. The Bon Jovi axe slinger demoed it personally, blowing the roof off of the room, and handed us a signed pedal on the spot. In the hands of Phil X, little (if anything) will ever sound bad. But how did his signature Fuck Jazz Overdrive do in our sound tests? We thought you’d never ask!

The FJOD (as the pedal is referred to in G-rated editorials and will be referred to from here on in for simplicity sake) is a single-channel, all analog, overdrive pedal housed in a solid metal enclosure. Like many overdrive pedals, it features a simple layout consisting of four retro looking, old school-style knobs on the face labeled Drive, Bottom, Top, and Volume. A single Carling-style footswitch in the center and a red indicator lamp right above it serve to toggle the effect on and off. 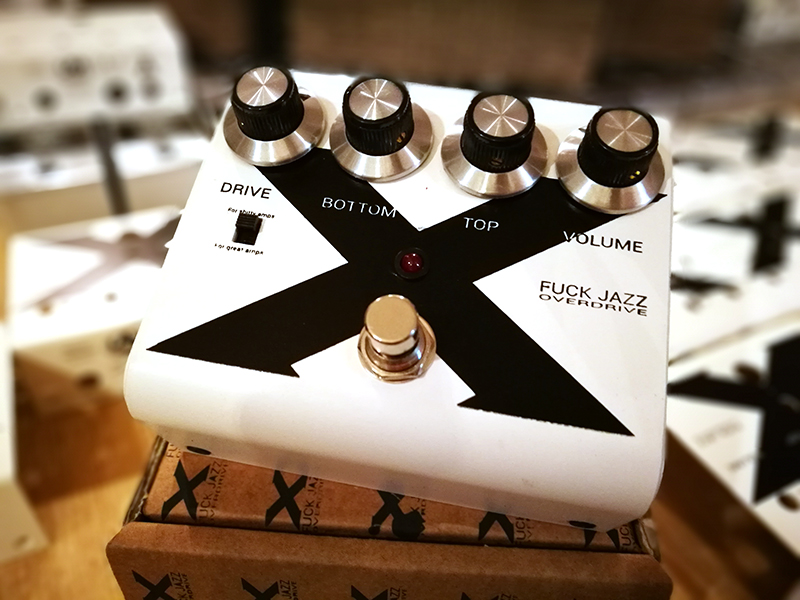 A quite humorous switch exists right below the Drive knob on the far left, labeled For Shitty Amps/For Great Amps. We have word this serves to bring the custom designed output transformer into play (yes, this pedal has an output transformer, much like our favorite tube amps and analog mic preamps). Along with the addition of a class A driver, Laa-Custom developed this circuit and they have coined it True Coil Technology. It’s a nice touch, and brings something different to a drive pedal.

¼” input and output jacks are placed on the rear of the pedal, which serves compact boards a bit better than side-mounted jacks. The pedal specs support both 9V and 12V operation, but of note, there is no battery compartment, which makes it a No Go for those of us who want to throw a lone pedal in a gig bag without a power supply, but perfect for your pedalboard.

The pedal is just a hair over four inches wide, about the maximum width we like to see for a single-channel overdrive pedal. The FJOD is listed as a “Class A Buffered Bypass” pedal.

The FJOD espouses the definition of plug-and-play. Connecting to our Eventide Powerfactor 2 power supply was simple enough. Four rubber feet kept the pedal planted firmly wherever we placed it.

The knobs are quite self explanatory. Drive, Bottom (bass), Top (treble), and Volume all have a healthy, usable sweep throughout their respective knobs. The For Shitty Amps/For Great Amps switch served to change the sound, although not drastically. More on this later.

The sweeps of the four knobs were all useable and didn’t seem to be particularly dependent on any of their neighbor’s settings. This allowed us to coax a wide range of tones from the pedal, suitable to a wide variety of situations. Sometimes, simplicity is the way to go, and this pedal is just that.

Our first sound test was from an unknowing, yet most eXcellent source: Mr. Phil X himself! As we stated in our intro, we were invited by the builder, Carlo Sorasio to an exclusive, semi-private showing of the pedal. Phil grabbed his new signature Framus XG guitar and plugged it into a Marshall JCM 800 and a Jensen loaded 2x12 guitar cab (Yes, Jensen. They sounded great). We already own the Friedman Phil X 100w single-channel head, so we were curious to see if a mass produced (yet now sought after) Marshall could come close to the tone of the boutique, hand-wired amp that Phil X also happens to play.

Well, we can say the PJOD pedal has a great,—and we mean GREAT—sound. After Phil made a few tweaks to the pedal, he was laying down some thick, chunky riffs that had all the sound of great rock-and-roll. As the pedal is named, this is no jazzer’s chorus! It definitely gave the JCM 800 the perfect push to make it a formidable, modern rock cannon. The Jensen speakers seemed to project the sound perfectly and for a 2x12, it really filled the room (albeit a small room) like a full stack.

Our next sound test was in admittedly less capable but still relevant hands: ours! Just as a matter of natural progression, we set up our FJOD pedal on our gigging pedalboard and decided to replace our “go to” overdrive for the night. Armed with a Knaggs Doug Rappoport Kenai, we ran through a quick sound check and banged out a few chords and checked levels. Now, this next sentence has the potential to upset both Friedman Amplification and Phil himself, but this is our finding: We found that we love the sound of this pedal through our current gigging amp, the Friedman Phil X 100w, when running in the For Shitty Amps setting! What’s up with that? Evidently, the mini transformer in the circuit added something really beefy to our sound.

We used the pedal solely for lead boosts that night, and it gave our lead work a particular edge to it, in an un uniform, edgy kind of way. Double stops became more complex sounding than they should have, with more depth to the sound than some of our other typically-used overdrives. We found similar response qualities in the past from some of our fuzz pedals, but not overdrives. Not to say this sounds like fuzz (it doesn’t), but the depth of sound, and in a way, the feel of the pedal, was fuzz-like. There was a lot of overdrive around the notes, as opposed to melding or compressing the notes together.

Our last sound test was through our beloved Fender ‘57 Pro Reissue. This amp has mostly a pristine, bell like clean, only achieving overdrive at the most maximum and loudest settings. We plugged in our Ibanez Jem PBFP shredder and set out to get a tone we felt we might have been able to gig with in a modern rock setting.

We have reviewed many overdrives and distortion pedals that do a great job turning your single channel amp into a two-channel solution, with the pedal providing your high-gain tone, but the FJOD pedal does not work well in that capacity. It’s great for goosing your medium- or high-gain amp, but it’s not a direct replacement for an amp set to clean. We would have been fine for a blues rock or classic rock gig this way, but anything approaching modern rock or metal tones would have needed more gain. Still, this was a fun sound to play through, and interestingly, engaging the For Great Amps switch here sounded better. It was definitely more crunch than we can get out of this Fender amp otherwise, and allowed us to play lower-gain rock leads.

The FJOD has a simple PDF/manual that fully explains the specs, the features/controls, information about the circuit/transformer, and more.
Product support is limited to email only at this time and took a couple of days for a response. However, Laa-Custom maintains a somewhat active social media presence, which we found to be a better method of communicating with the company. A sign of the times, indeed.

A standard, two-year warranty to the original purchaser is provided.

The Laa Custom Fuck Jazz Overdrive (MSRP $294.93) sells for approximately $269. Although this is a little steep for a typical overdrive pedal, this one does feature premium circuitry and components, and has an innovative design. It’s certainly a niche overdrive for your collection, but the Laa-Custom FJOD pedal does give you something a little bit different. The FJOD serves as an excellent overdrive pedal and will nicely push an amp that already has some gain on tap. 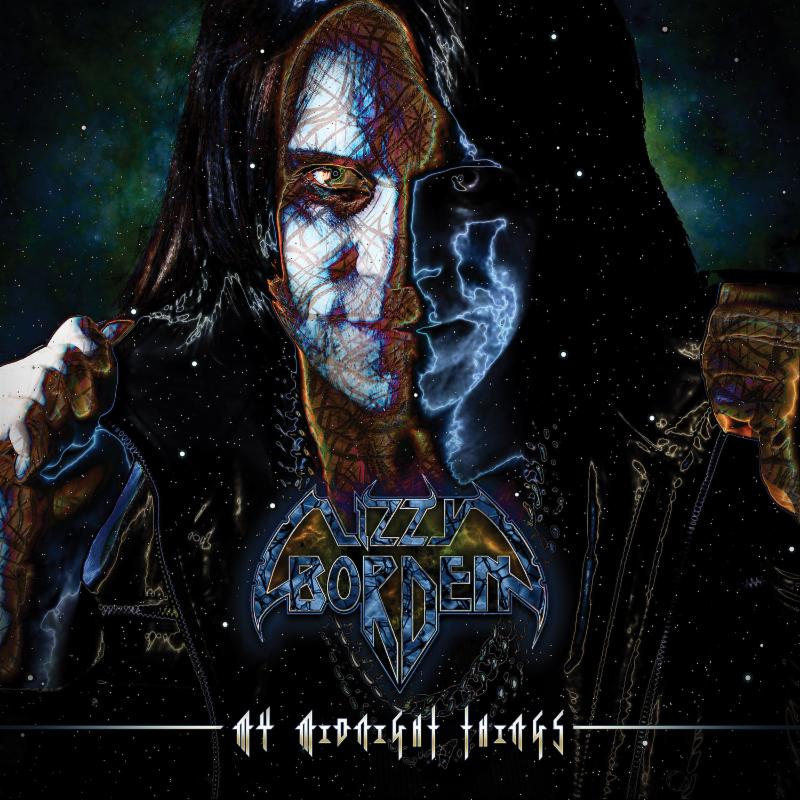