NEW DATES SLATED TO HIT THE MIDWEST + WEST COAST IN MAY

FIRST LEG TO KICK OFF IN APRIL 2019 & FEATURES OBITUARY, CRO-MAGS, TERROR, & FIT FOR AN AUTOPSY

Hatebreed remain one of the most relevant and impactful acts in the hard rock and metal scenes. The Connecticut band will celebrate 25 years of ruthless breakdowns, pit-stirring anthems, and poignant lyrics across eight albums and consistently sold-out shows in 2019.

The band, which has gone from playing basements and backyards to being a featured worldwide attraction on countless festivals and high-profile tours from OZZFest to Warped Tour to Download, will commemorate two-plus decades by embarking on a 25th anniversary tour.

The first leg of the tour kicks off on April 4 in Philadelphia and runs through April 20 in the band's home state. It will feature support from Obituary and Cro-Mags, two bands that Hatebreed have covered in their career and who have influenced the signature and instantly recognizable Hatebreed sound. Terror and Fit for an Autopsy will round out this "can't miss" juggernaut of a lineup.

"I can't believe it's been 25 years already," said Hatebreed frontman Jamey Jasta. "We're excited to bring out this massive tour package with some of our favorite bands. Every band on this bill is a headliner in their own right. The show will be run festival-style with bands you don't want to miss playing early. Activate the pit!"

"There's something special about being able to take out bands who influenced your own band," said guitarist Frank Novinec. "This is the kind of stuff you dream about as a kid. We are truly honored to bring this package to everyone as part of our 25-year anniversary."

All confirmed Hatebreed tour dates are below. 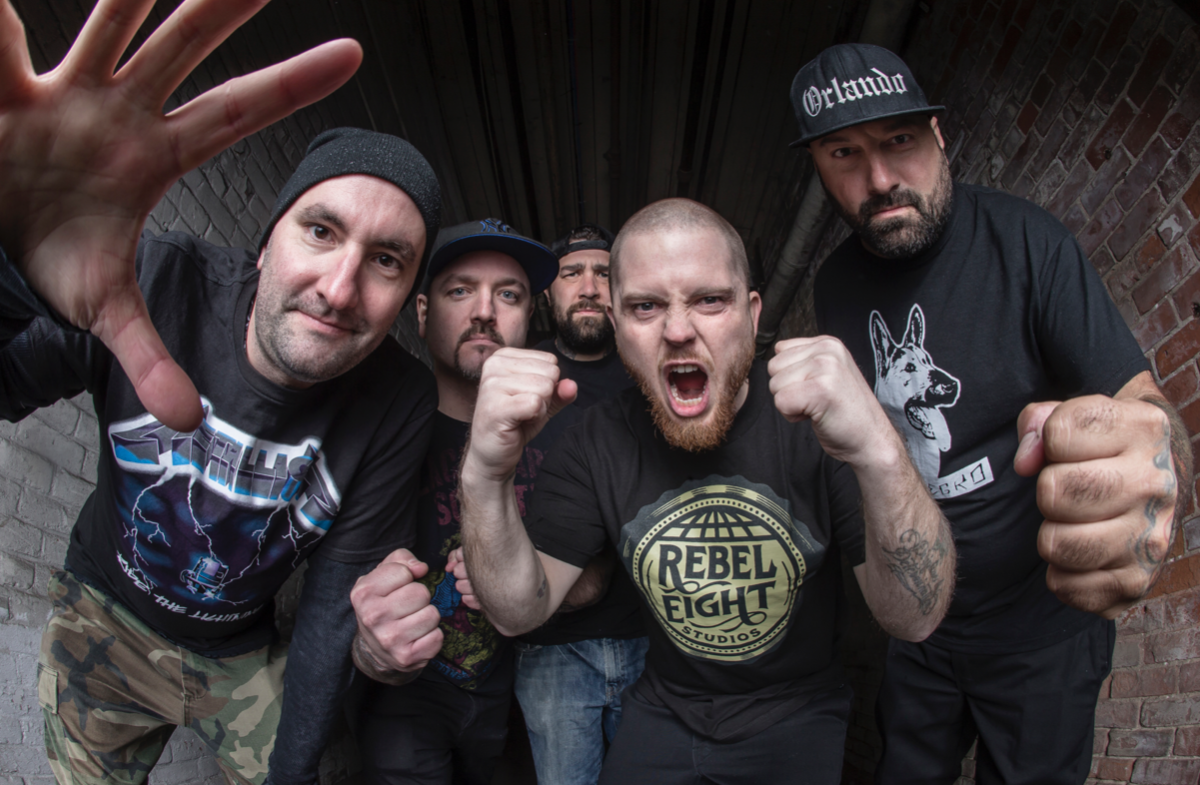 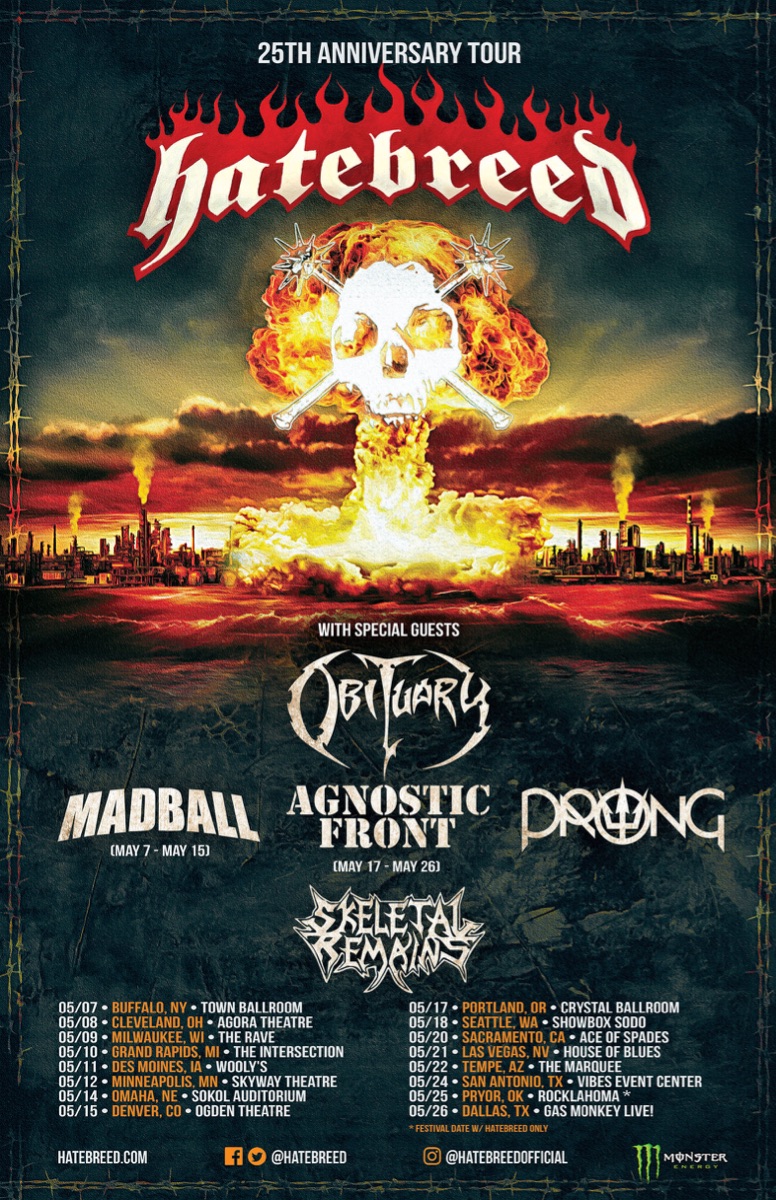 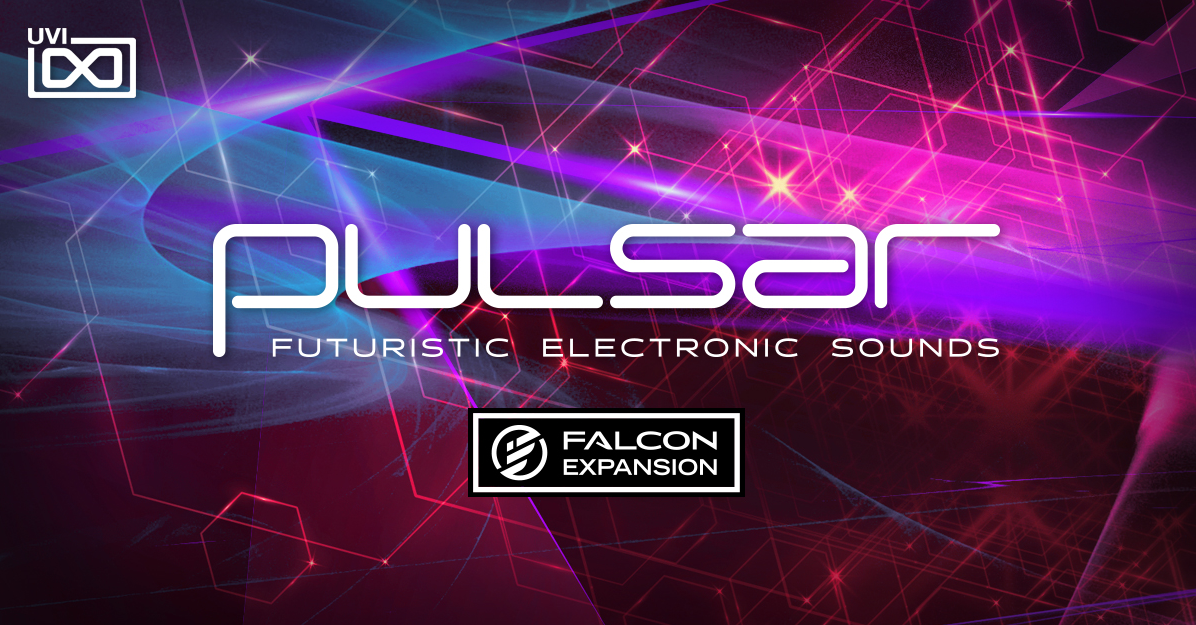 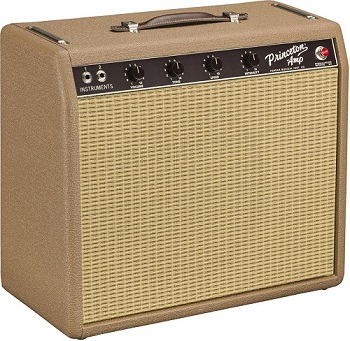