Home›News Releases›Keyboard NR›Rob Papen progresses back in time to bring B.I.T. into being as analogue-modelled soft synth fit for today

Rob Papen progresses back in time to bring B.I.T. into being as analogue-modelled soft synth fit for today

Rob Papen progresses back in time to bring B.I.T. into being as analogue-modelled soft synth fit for today
ECHT, THE NETHERLANDS: virtual instrument and effect plug-in developer Rob Papen Inspiration Soundware is proud to announce availability of B.I.T. — bringing namesake company founder and acclaimed sound designer Rob Papen’s persistent passion for subtractive synthesis into being as an aptly-named, analogue-modelled software synthesizer fit for today’s DAW (Digital Audio Workstation) workflow — as of June 11…
B.I.T. stands for Back In Time — an apt acronym for Rob Papen, collectively or otherwise. On the face of it, namesake company founder and acclaimed sound designer Rob Papen’s passion for subtractive synthesis remains as strong as when he first started working with synthesizers way back when, purchasing an analogue Korg MS-20 semi-modular monosynth and accompanying analogue SQ-10 sequencer at the tender age of 15 — more recently reaffirmed by self-publishing the publicly praised The Secrets Of Subtractive Synthesis combined book and DVD package based on his The 4-Element Synth© teaching method. Moving back to task — to the wondrous world of B.I.T. specifically and Rob Papen collectively, the virtual instrument and effect plug-in developer’s newest software synthesizer sets its inspirational sights solely on analogue-modelled synthesis, rather than combining the best of analogue modelling with hybrid synthesis techniques that have hitherto formed the much-admired musical backbone of the company’s classy creations.
What’s with the apparent change of musical direction, then? The concept behind B.I.T. comes down to this: classic analogue synthesizers still show an appeal that the renowned Rob Papen brand is perfectly positioned to tap in to. This is not surprising since Rob Papen himself still has a pristine example of Roland’s (former flagship) Jupiter-8 analogue programmable polysynth — purchased brand new back in the ‘dying days’ of analogue in 1983 (albeit now seriously sought after and astronomically priced) — taking pride of place in his studio setup; several other analogue classics comfortably reside there alongside it, including that ‘teenage’ Korg combo. Clearly inspired by backward progression, pure analogue-modelled synthesis is the order of the day when it comes to B.I.T. — no spectrum waveforms or samples required!
Really, making the most of Korg’s classic MS-20 requires patch cables, but B.I.T. does not need any as an analogue-modelled software synthesizer plug-in par excellence — despite demonstrating masterful modular-like attributes. An advanced MOD MATRIX makes for painless patching while a smart ADV (advanced) panel positioned below the oscillators offers a helping hand. Activating ADV allows users to quickly make useful connections, such as the LFO and ENV (envelope) to the oscillator parameters. Pushing further forward, B.I.T. also allows OSC 1 to modulate OSC 2 in several ways, which increases its sound palette to take in phase modulation, frequency modulation, and ring modulation.
Musically, of course, any Rob Papen software synthesizer would likely be viewed as being incomplete without an arpeggiator — as, arguably, would Rob Papen’s prized Roland Jupiter-8, and B.I.T. is no exception to this unwritten rule. Indeed, its fully-featured ARP can also work in sequencer mode and has an additional FREE row that can be used to modulate other elements of B.I.T. by using the MOD MATRIX.
Making it to the finish line, B.I.T. brings with it some superb-sounding effects, comprising CHORUS, DELAY, FLANGER, and PHASER, plus Rob Papen’s proprietary REVERB, so no need (necessarily) to turn to an external reverb of any kind to bring some space to the virtual instrument and effect plug-in developer’s newest software synthesizer.

So while B.I.T. stands for Back In Time it could conceivably stand for Be Inspired Today! After all, Rob Papen has added a 16-voice, authentic-sounding, analogue-modelled software synthesizer fit for today’s DAW workflow to its lengthening line-up of virtual instruments, intermixing innovative design, uncompromising sound quality, and musical, production-grade presets — over 950 this time — to make tracks truly shine. Still better, B.I.T. brings with it the secrets of subtractive synthesis, thanks to namesake company founder and acclaimed sound designer Rob Papen! 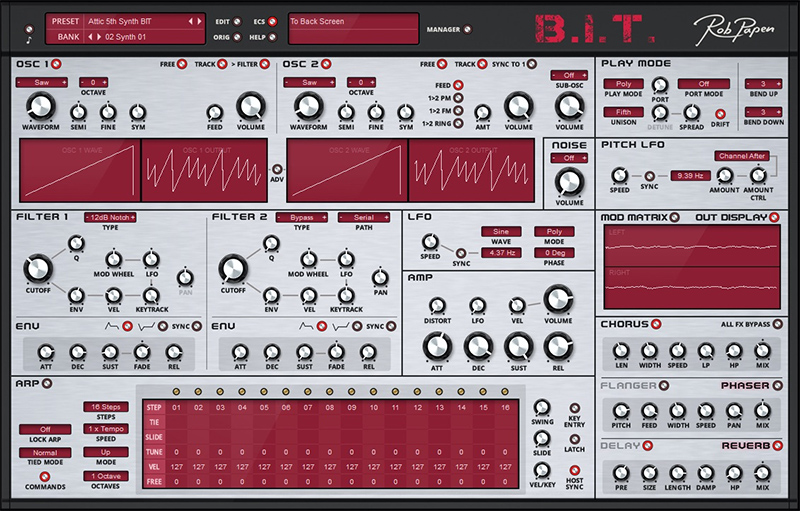 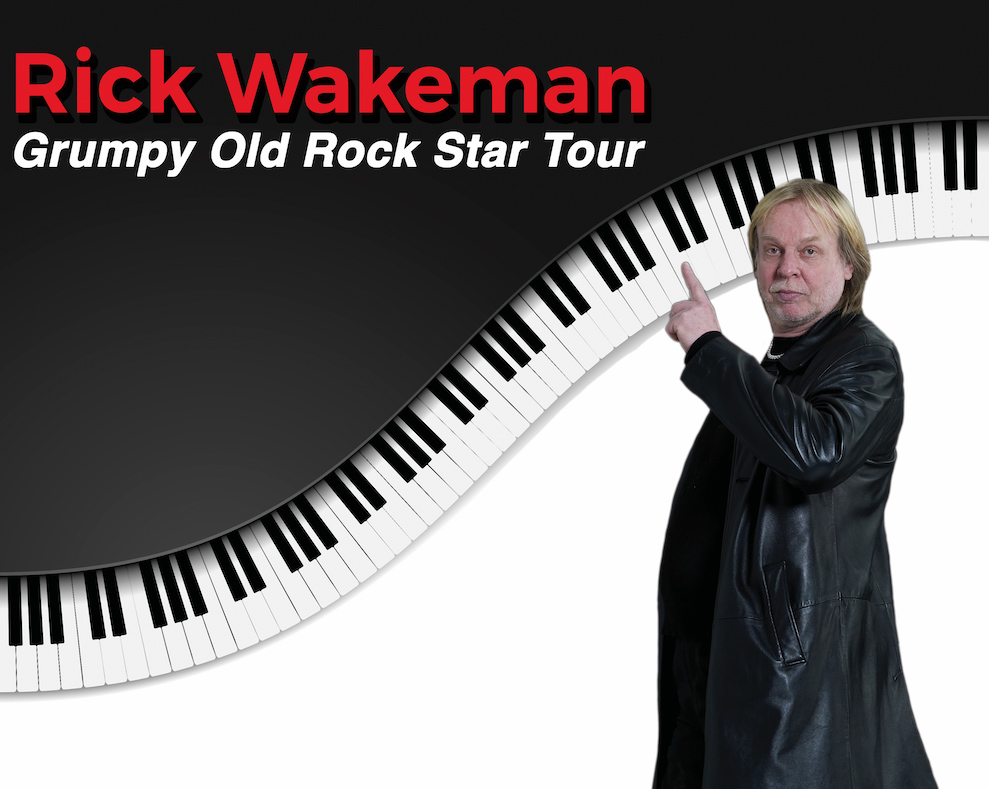