Rock drummers hit hard. It's what we do. And broken sticks are par for the course. Perhaps even more so with mallets, due to the combination of a heavy head and a thin neck. But mallets do come in handy when you're playing some tasty cymbal rises or that groovy 5|4 bolero on the toms during the beginning of Cream's "White Room."

Travis Barker from Blink-182 is a hard-hitting rock drummer, and it's clear that he and Zildjian had this in mind when they designed his signature sticks. These are mallets for rock drummers. They're rock drumsticks. They're both. Or so it would seem.

At 0.595" diameter and 16 5/8" length, they're based on the Zildjian Travis Barker Artist Series drumstick, with an overall length a quarter-inch longer than the stick they're derived from. That puts them at close to the 5B stick size, although these pick up a bit of length due to the mallet on the butt end. They’re heavier overall as well.

Both of Travis' stick models feature a fatter neck than a standard 5B, allowing them to endure more abuse than traditional sticks while providing some weight at the stick end to offset the additional weight at the mallet end. The stick end is adorned with a round bead tip. As hickory sticks, they're a bit heaver than a similar size stick in a lighter wood (i.e. maple), but hickory is an excellent choice for all-around durability and playability.

We put a pair of these to work in two distinctly different settings: a hard-hitting rock gig and a mellow church service, and we found them better suited to the rock gig. The smallish, tight mallet ends are simply too hard for pianissimo-to-fortissimo cymbal rises. While contemporary gospel players might do well with the stick end of this combo, a 5B-sized stick can be a little hard to manage in any lower-volume situation, and the added weight of these sticks makes them even less suitable.

As mallets go, they’re pretty indestructible. But the design does have its drawbacks: unless you're playing with a French timpani grip (thumbs up, fingers underneath), you'll probably find the mallets more than a little intrusive. We found that they tended to smack the underside of our wrists while playing. So there’s the rub: these sticks make great mallets for rock players, but their usefulness as sticks is somewhat limited.

Do keep in mind the fact that while the larger bead-style tip will give you lots of definition, you're likely to experience faster head wear if you're a heavy hitter.

The white finish looks cool, but you'll get a bit of it on your cymbals unless you just hit them with the tips (which are not painted). It's not a smooth finish, though, and we didn't experience a noticeable loss of grip due to the sticks' coating. Zildjian has made some of its other signature stick models available as a stick/mallet combo, so you might prefer a natural finish alternative.

If you're a heavier player who also likes to use mallets from time to time but doesn't want to have to shell out another twenty bucks every time the guitarist calls "White Room," Zildjian's Travis Barker Double mallet might provide the durable solution you've been looking for. With a street price under $20, these are an easy addition to your stick bag. 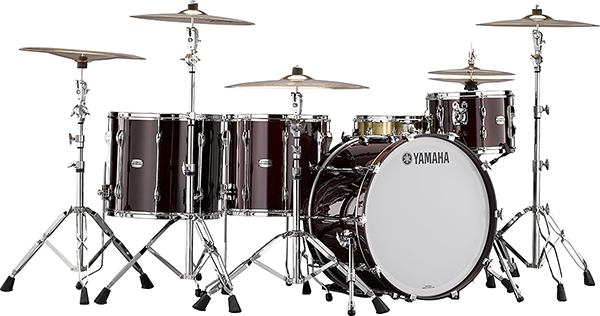