Los Angeles, CA (March 24th, 2020) – Craft Recordings is pleased to announce a vinyl reissue of the scorching, 2002 eponymous debut from progressive hardcore outfit Between the Buried and Me. The album, which has been remixed and remastered by its original producer, Jamie King, is set for a May 15th release date and is currently available for pre-order. A limited-edition version of Between the Buried and Me, pressed on clear-colored vinyl, can be found exclusively on the band’s website and is also available to pre-order today. These reissues are both part of the band’s 20thanniversary celebrations, which will be marked by special releases and extensive touring.

Praised as “One of the fiercest albums in the hardcore community” by AllMusic, Between the Buried and Me set the North Carolina five-piece up to become a key player in the scene – catching the ears of fans and music critics alike with their impressive musicianship, sharp lyricism, and unique blend of progressive metal and math rock. Produced by Jamie King, who would go on to collaborate with Between the Buried and Me on numerous projects to come, the 10-track album was cerebral yet aggressive, and included some of the band’s earliest material, re-worked from their 2001 three-song demo – "What We Have Become," "More of Myself to Kill," and "The Use of a Weapon." The group also wrote and recorded seven new songs, including “Arsonist,” a scathing statement against the Westboro Baptist Church, “Aspirations,” a melody-forward tune which highlights the guitar chops of Nick Fletcher and Paul Waggoner, and the epic, nine-minute long “Shevanel Cut a Flip,” which closes the album.

Reflecting on Between the Buried and Me 18 years later, guitarist Paul Waggoner said, “It’s always a strange feeling when you bring faded memories back into focus and find yourself reflecting on an adventure that started two decades ago and somehow still continues to this day. All the daily ups-and-downs and side-to-sides of being in a band can sometimes blur the past and make you forget where you came from, and why you started doing this thing in the first place. So it’s nice to dig up the bones of our humble beginnings, make them sound a little better, and present them to the people that have made this all possible.”

Frontman Tommy Rogers added, “If you told me in 2001 that this album, we recorded in five days would eventually turn into a career that’s lasted 20 years, I would think you were absolutely mad. Here we are in 2020 getting to remix and remaster what started it all. It’s been a great experience listening back and giving this original Between the Buried and Me album a new life. We hope the fans enjoy this new mix by Jamie King as much as we have.”

Often referred to as a “Thinking man’s metal band,” Between the Buried and Me continue to push the boundaries of their musical and technical abilities, even as they celebrate their 20th anniversarytogether. Formed in 2000, the band has released nine studio albums, including 2007’s watershed Colors, The Parallax II: Future Sequence (2012), as well as 2015’s Coma Ecliptic—which not only peaked at #12 on the Billboard Top 200 (a career-high for the band), but also garnered widespread acclaim from Noisey, Revolver, Alternative Press, and The Guardian, who welcomed the album with a rare perfect score. The group has launched countless sold-out headline tours and support runs with the likes of Mastodon, Opeth, and Coheed and Cambria. Most recently, Between the Buried and Me released a two-part studio album, Automata I and Automata II in 2018. Currently, the band is gearing up for an extensive, North American retrospective tour, where they will perform the entirety of their epic, 2009 LP, The Great Misdirect, as well as a set of career-spanning material.

TRACKLIST: Between the Buried and Me

1. More Of Myself To Kill

4. What We Have Become

2. Naked By The Computer

Tagsbetween the buried and me 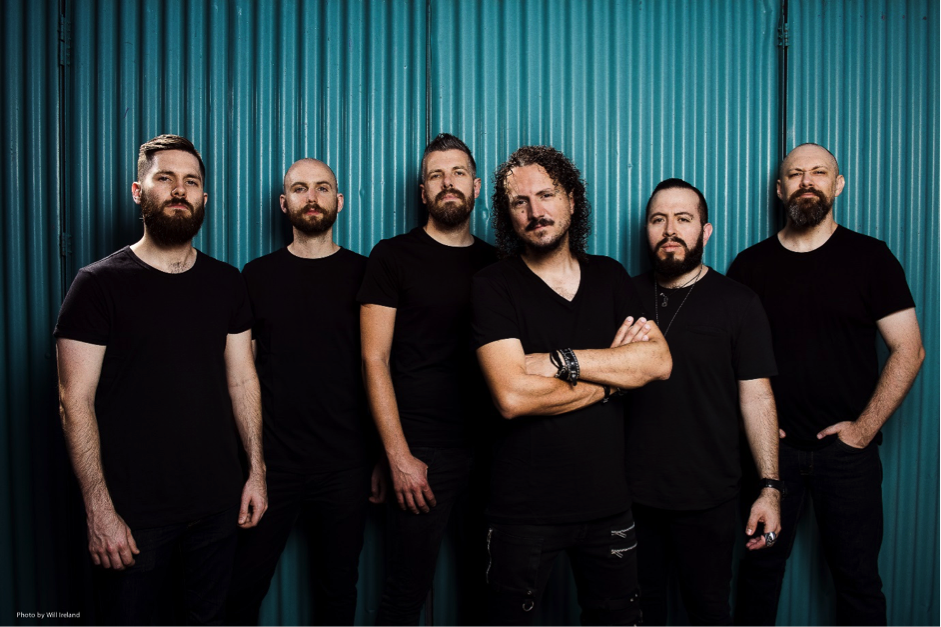