There is perhaps no other effect pedal as legendary, iconic, or instantly recognizable as the wah-wah pedal. An inherently simple design, over the years the wah pedal has lent itself to enhancements including fuzz, variable Q, and a host of other embellishments, not to mention countless vintage reissues and signature models.

The Wahzoo was a long time in the making — introduced a few years before we saw a final production model, but the folks at Voodoo Lab have thrown their name into the crowded ring of wah pedals and emerged as the heavyweight champion.

Voodoo Lab advertises the Wahzoo as “The most versatile wah ever,” and it actually lives up to the hype. Essentially three pedals in one — a traditional wah, auto wah, and programmable step wah, the Wahzoo provides unprecedented versatility via its three distinct modes. Top the functionality with stunning sound, rock-solid construction, and a host of special details (unique bypass, internal trim pot, external switching capabilities) and it’s no wonder we fell in love. This pedal is a definite winner!

In fact, we’ll go so far as to say that the Wahzoo may change the way we think about wah pedals forever, setting a new benchmark by which all wah-based effects will be judged. It is no stretch to say the Wahzoo may be the last wah pedal you will ever need to purchase.

Connecting an external (not included) TRS cable and a dual footswitch (The Boss FS-6 is one example) you can access the pedal’s tap mode and mode switching capabilities. Tap Tempo is perfect for syncing your patterns to the tempo of a song, and mode switching allows you to choose via footswitch the pedal’s three distinct Wah modes.
For the obsessed tweaker in all of us, the Wahzoo features an internal adjustable trim pot that allows you to customize the amount of treble you hear when the treadle is in the toe-down position.

And for those of us who get night sweats simply thinking about the tone-sucking characteristics of a wah pedal, fear not. The Wahzoo features true bypass switching via a nitrogen-sealed gold relay that insures your tone remains pure and un-colored when the pedal is in-line.

Bypassing the pedal is achieved via a solid Carling-style footswitch, which is a bold (and much needed) departure from the classic design, which required stomping on the treadle in the toe-down position, oftentimes applying full body weight only to find out two songs later that your pedal was still on! A bright, red LED insures you are always aware of the pedal’s On/Off status.

The input/output jacks are located at the top of the pedal, rather than on the sides (as is the case with vintage style wahs). We really liked this arrangement because it keeps the cables out of the way, eliminating the possibility of being stepped on during aggressive bypassing!

Powering the mighty Wahzoo is achieved via a single nine-volt battery or with a typical “wall wart” style adapter (or most obviously the Voodoo Lab Pedal Power 2 Plus).

Despite the advanced features, setting up and using the Wahzoo is simple and intuitive. The face of the pedal features three knobs: Wah Mode, which allows you to choose between the three distinctive wah modes; Autowah Sensitivity, which allows you to choose the correct sensitivity while in Autowah mode; and a Step Sequence selector that provides access to four user-programmable sequences.

On this particular review day, we were looking for instant gratification so we simply chose Vintage mode and we were off and running in seconds. The first thing that struck us was the feel of the pedal itself, which has a nice rubberized “grip” finish that really sticks to the sole of your foot. As mentioned earlier, we are absolutely in love with the Wahzoo’s unique bypass, which eschews the clunky vintage style in favor of a bulletproof switch that (according to Voodoo Lab) is rated at one million stomps! While this may not appeal to players who subscribe to an “older is always better” school of thought, we found the redesign superior in every way to the classic style. The switch is strategically located to the bottom right of the pedal and we found it easily accessible and natural to use.

When you select Autowah from the wah mode switch, you are instantly transported to the land of the classic envelope filter effect. For those not aware of what that is, it is a wah effect controlled by how hard or soft the player attacks the strings (think “Goin’ Mobile” by The Who). With the treadle in the heel back position, the wah sound is closed and the amount it opens is dependent on how hard you pick. In the toe down position, the wah sound is open and to what extent it closes again depends on your pick attack.

The Autowah Sensitivity knob that resides below the Wah Mode selector is designed to fine tune exactly how hard or soft you need to pick before triggering the effect. The Owner’s Manual suggests turning the knob counter-clockwise for higher output pickups, but quite frankly we did not see a significant difference between our guitars fitted with vintage and modern output style pickups, so we left the knob at the noon setting.

Choosing Step (Stepwah) from the Wah Mode switch allows you to access one of the coolest features of this pedal. In this mode, you get randomized, split-second “Carbon Copies” of the Wahzoo’s tones that cycle over and over at any tempo you want. As mentioned earlier, the Wahzoo comes loaded with four patterns to get you off and running, but you can easily overwrite these with your own customized sequences by turning the mode switch to the Create Seq position. Simply sweep the pedal to the desired frequency, hit the Bypass button, then move the pedal to another frequency, hit the Bypass button again, and so on. You can enter up to 28 different steps in your sequence, although we achieved amazing results with only three or four. However, a warning must be issued: this pedal may render your keyboard player out of a job! And if you get too carried away creating rhythmic patterns, the owner’s manual contains easy-to-follow instructions for restoring the four factory presets.

The internal treadle adjust feature is a nice addition, allowing (those with an OCD-like desire to fine tune) the ability to control how “trebly” the wah effect is in the toe-down position. However, unlike other wah pedals (such as the Dunlop 535Q), which place a similar feature externally, the Wahzoo requires the user to unscrew the bottom plate and adjust an internal trim pot with a flat head screwdriver. We liked the Wahzoo’s treble throw “as is” so we didn’t bother to change it. If you like to routinely adjust the Q on your current wah, you might find this feature a bit of a hassle, but we also appreciate that you can custom tweak the tone for yourself, never accidentally mess it up, and not reveal to prying eyes how you’ve dialed in your “secret sauce.”

None of these great features amount to a hill of beans unless the pedal sounds good, and this pedal sounds fantastic. Despite the countless reissues, signature models, and boutique brands now available, all of them owe their existence to the original holy-grail of wah pedals, the ‘60s-era Vox Clyde McCoy signature wah-wah. None of us are fortunate enough to own an original, but we are certainly familiar with that classic tone via countless Hendrix and early Clapton recordings.

With our test pedal in Vintage mode, we plugged a Gibson Les Paul into a Mesa/Boogie Dual Rectifier half stack and it became immediately apparent that this is not your garden variety wah pedal! Unlike some wah pedals we’ve tried (including many vintage reissues) the Wahzoo has a very wide “throw” or “sweep,” meaning there are loads of in-between frequencies when the pedal is not in the toe down/heel back position. This helps to create a very vocal, expressive, and musical tone, not the “wackety-wack” effect we’ve experienced with other pedals that have a narrower taper and sweep.

We also liked the fact that there is just enough treble in the default tone to cut right through a band mix, even with the gobs of gain our Dual Rectifier is capable of dialing in. Leaving the pedal about half-way down gave us a nice “cocked wah” sound ala Michael Schenker, allowing us to re-create those nasally lead tones heard on countless UFO and MSG recordings.

Plugging a Strat into a non-master volume Marshall delivered an instant Hendrix vibe, with our Wahzoo more than up to the task of emulating the classic Voodoo Chile (Slight Return) introduction. The percussiveness of our old Marshall coupled with the Wahzoo’s world-class tone was pure tonal bliss, and it should be mentioned at this point that even at ear-splitting volumes, the pedal does not introduce any extraneous noise. (Now if we could only do something about those darn single-coil pickups!)

We found the same inspiring vintage tone when using the Autowah and Stepwah modes. In fact, using Autowah, we were able to once again recreate Voodoo Chile, this time by dynamically altering our pick attack. Look Mom! No feet!

Our test pedal came with a superbly written nine-page owner’s manual. While it doesn’t take a rocket scientist to use a wah pedal, the manual thoroughly explains (and takes the mystique out of) the advanced functions, namely the Auto and Stepwah features. The manual is also available in PDF format via the Voodoo Lab website, and we noticed that our manual is version 2.0, so if you obtained one of the first units, be sure to download the latest documentation if you’re perplexed by the cool step wah function.

The Voodoo Lab Wahzoo (MSRP $400) has a street price of roughly $280, a good price. Although there are plenty of less expensive wah pedals on the market, consider this: the Wahzoo is only marginally more expensive than some boutique wah pedals on the market, and those models do not feature multiple modes like Auto and Step Wah. Considering the fact that you are really getting three pedals in one, and even just the traditional wah mode is among the best we’ve ever heard, you really can’t go wrong. 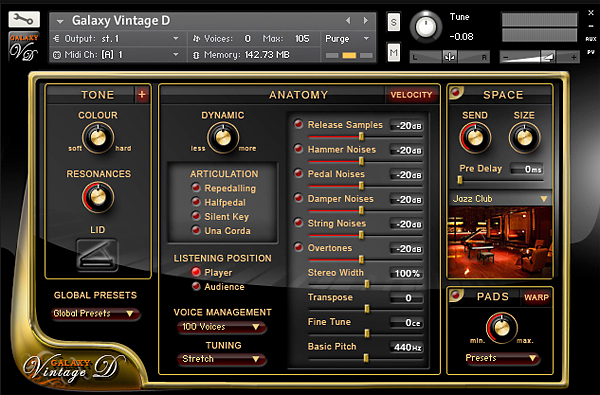 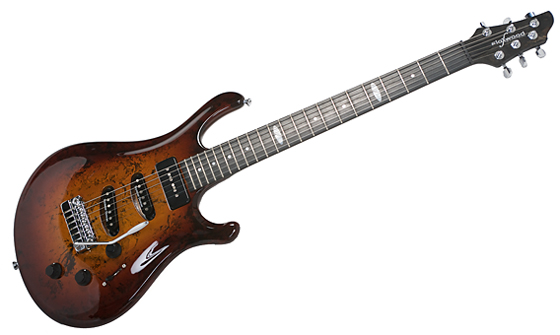