When considering a microphone for live sound applications, your requirements can be quite a bit different than when selecting a mic for studio use. One obvious requirement in a live setting is the microphone’s ability to reject feedback, which is not an issue in a recording studio environment. In addition, the mic must hold up well to the harsh demands of the road and everything that comes with it. Finally, it goes without saying that the mic should reproduce the sound of the instrument/performer as faithfully as possible. Enter the d:vote CORE 4099 microphone, which thoroughly satisfies the above requirements and more.

Due to the nature of live sound, live microphones are typically placed closer to the performers and instruments compared a typical recording studio scenario, relatively speaking. The reason is to avoid feedback, as less gain is required from the microphone preamp. The disadvantage, however, is that the result may not sound as natural because the mic is picking up more of a single point source from the instrument and less of its overall sound. Although EQ can compensate for undesirable resonances caused by close miking, the most natural results will always be achieved by pulling back the mic. However, we now need more amplification, as the source is further from the mic, increasing the chances of feedback. How then, do we achieve more gain before feedback? 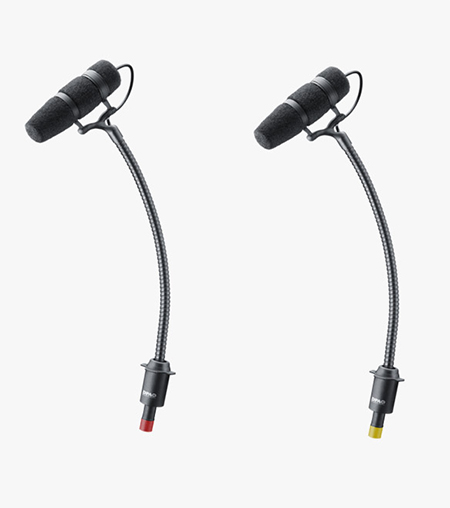 One solution is to sing or play louder, but that is not always possible or desirable. There becomes a threshold where too much amplification will be required to avoid feedback due to the source being too low in volume, as well as possibly other factors. One way to combat the gain-before-feedback problem is to improve the microphone’s off-axis response, an attribute that is often not considered as a contributing source of feedback problems. In other words, obtaining the flattest off-axis response possible. Small-diaphragm capsules generally tend to excel in achieving uniform off-axis response compared to their larger counterparts, and the relatively tiny size of the d:vote CORE 4099 is definitely no exception. Its off-axis response is relatively flat and smooth.
The d:vote CORE 4099 microphone also has a gentle rise centered at about 10 Khz on-axis only, which further combats the gain-before-feedback issue. The reason is because the engineer is less likely to boost high frequencies at the mixer, which would otherwise effectively boost that frequency all around the microphone, not just at the front of the mic. In other words, this boost built into the mic is confined to only where it is needed (at the front of the mic), avoiding potential feedback problems due to peaks happening at the back and sides of the microphone. This, in turn, helps to combat feedback when pulling back the microphone from the source.

And, this design feature has other desirable “side effects” as well, which we will get into later. Finally, the mic’s tightly-shaped supercardioid pattern further combats against feedback issues. The combination of utilizing a relatively tight polar pattern while achieving exceptional off-axis response is a standout attribute of the d:vote CORE 4099 not commonly found in most microphones.

Due to the d:vote CORE 4099’s compact size and highly adaptable mounting system, it is right at home in tightly confined spaces, all while getting out of the way of the performer. The one-piece gooseneck/mic design allows easy positioning that stays put, while the d:vote CORE 4099’s newly designed and beefed up protective foam covering further helps to combat wayward strikes.

Earlier this year at NAMM, we were given the opportunity to attempt to break the included cables with our bare hands, but were unable to do so! Even though the detachable cables are very thin, light, supple, and unobtrusive, they are indeed very strong. The cabling system DPA has employed requires only a few turns to ensure a stable contact at the base of the gooseneck, and the user has the option to connect/disconnect the cable at any time without disturbing the position of the mic (please ensure phantom power is turned off when doing so).

At the opposite end of the cable is a high quality, Neutrik, male XLR plug, also fitted with its own threaded connection. This side of the cable connection, however, has a knurled, free-rotating, thread piece to avoid cable twisting while turning—a fine detail that we appreciated.

Finally, an optional XLR belt clip is available to keep the XLR’s weight from weighing down its attached cable, allowing more freedom of movement for performers that desire that.

There are a wide variety of mounting options available, satisfying the needs of virtually any instrument miking scenario. Our review pair came with mounts and clips suitable for guitar (VO4099G), piano (VO4099P), and drums (VO4099D). In addition, we were supplied a clamp mount (CM4099), which we attached to a bass drum hoop in order to mic that instrument. The guitar mount fit snugly on our acoustic with little effort and held firm during performances, as did the drum mounts.

The piano mounts contain magnets beneath the rubber’s surface, firmly adhering to the piano’s cast iron plate while allowing quick repositioning when needed. In all cases we felt secure knowing that these mounts would not physically scratch or otherwise harm our instruments finishes.

The d:vote CORE 4099 comes in two flavors: “Loud SPL” and “Extreme SPL” versions. The user should take care in choosing the model best suited for the instrument(s) being miked. Generally speaking, the Extreme SPL model is relegated to drums and brass instruments, while the Loud SPL model is best suited for instruments with comparatively lower output capability, such as accordion, acoustic bass, cello, guitar, saxophone, and violin, to name a few. We were supplied with a pair of the Loud SPL versions for review, but also had a few of the discontinued Extreme SPL pre-CORE equivalent models handy for comparison purposes. Having both models side by side allowed us to perform direct comparisons between the old and new models.

We thought the original model was stellar sounding, but the new CORE model proved to reach new heights based on our comparisons. To our ears, the new CORE design reproduces a slightly cleaner, more open sound with seemingly faster transient response and finer details. Dare we say just very slightly, but brighter as well. In classic DPA fashion, the overall sound is very neutral and faithful to the original source, thus becoming a decidedly sought-after, compact, high-end utility mic suitable for a wide variety of miking scenarios both live AND in the studio.

For the studio, the mic is best suited in situations where lack of space may be a factor, or when finely positioning a typical mic on a stand is just not possible. Regardless of the convenience factor the compact design affords, we would be perfectly happy with the new CORE mics finding a permanent home around our studio’s house drum kit, for example, even though we have a mic locker stocked with the more traditional stand-by mics typically selected for close drum miking (421s, 57s, etc.). The new d:vote CORE 4099s are that good.

On snare, we performed a direct comparison of the d:vote CORE 4099 against the ever-popular Shure SM57. The 4099 was not as thick and “beefy” sounding as the 57 we all are so accustomed to. However, it held its own with its drier, slightly thinner, but faster and more faithful sound character. In addition, the hi hat bleed was lower in volume, more manageable, and more pleasant sounding than the bleed from the 57.

This brings back the topic of uniform off-axis response and its importance in many recording scenarios. In this particular case, around the drum kit. The closer the tom mics are to the cymbals, for example, the more important uniform off-axis response becomes. If you’ve worked hard to achieve a natural cymbal sound from your overheads, the last thing you want is tinny cymbal bleed coming through your tom mics, effectively ruining your overhead sound. The problem often worsens as more EQ is added to the mics responsible for the bleed. We found that the d:vote CORE 4099s required comparatively less EQ around the kit than some other mics stocked in our mic locker, thereby retaining much of the 4099’s uniform off-axis response. This equates to more natural bleed coming into the mics, which means better sounding drum mixes overall.

Note that the d:vote CORE 4099 is a different creature when it comes to positioning. Care and experimentation must be taken when positioning the mic in order to achieve the best possible sound. This applies to any instrument and is mostly due to the mic’s supercardioid polar pattern. We found that we often ended up positioning the mics differently than initially imagined.

Utilizing the d:vote CORE 4099 on acoustic guitar with the VO4099G mount instead of relying on the guitar’s internal pickup proved to be a no-brainer, as the difference in sound quality was literally night and day. The guitar now sounded like a real acoustic: natural, woody, and full sounding, completely devoid of that typical twangy, tinny, harsh sound often heard from acoustic guitars with onboard electronics. While considering proper monitor placement, feedback was never an issue when playing in close proximity to a live drummer.

On piano, we were skeptical at first, thinking the sound might be too harsh due to the relatively close proximity of the mics to the piano strings. However, after careful positioning, a pair of 4099s proved to be very useful in giving the piano more definition against other amplified instruments in a live setting.

Even when not considering the high usability that the d:vote CORE 4099 provides due to its compact size and plentiful mounting options, the combination of its faithful neutrality, high level of detail, wide dynamic capability, and smooth off-axis response coupled with its supercardioid polar pattern, make this mic a Jack of all trades for live sound. It is one of those mics that will always get used.

DPA does not skimp on documentation and support. Their website is filled with a wealth of information pertaining to recording in general, and how to get the most out of their mics. As current owners of DPA microphones ourselves, their support has always been second to none.

The DPA d:vote CORE 4099 sells for $619.95 and includes a gooseneck, instrument mount, 1.8 meter cable (5.9 ft), Microdot-to-XLR adapter, and high quality case. A version with only the gooseneck sells for $469. Additional instrument mounts of varying types sell for approximately $43 apiece. Considering its relatively compact size, unmatched versatility, exemplary frequency response both on and off-axis, wide dynamic range, and high level of detail, this is a fair price for what this microphone offers for both live and studio use. 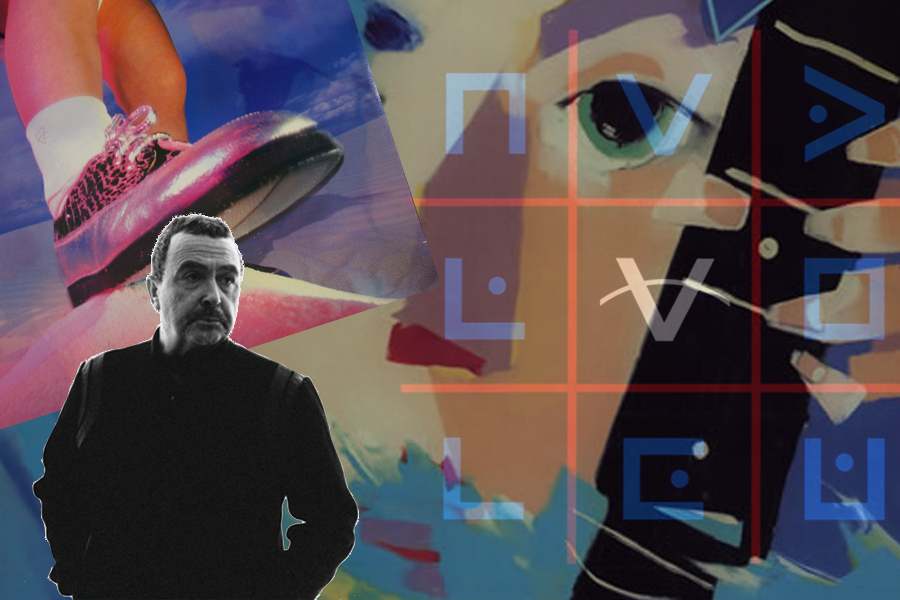 Tony Lewis: Once Again Stepping Up to ... 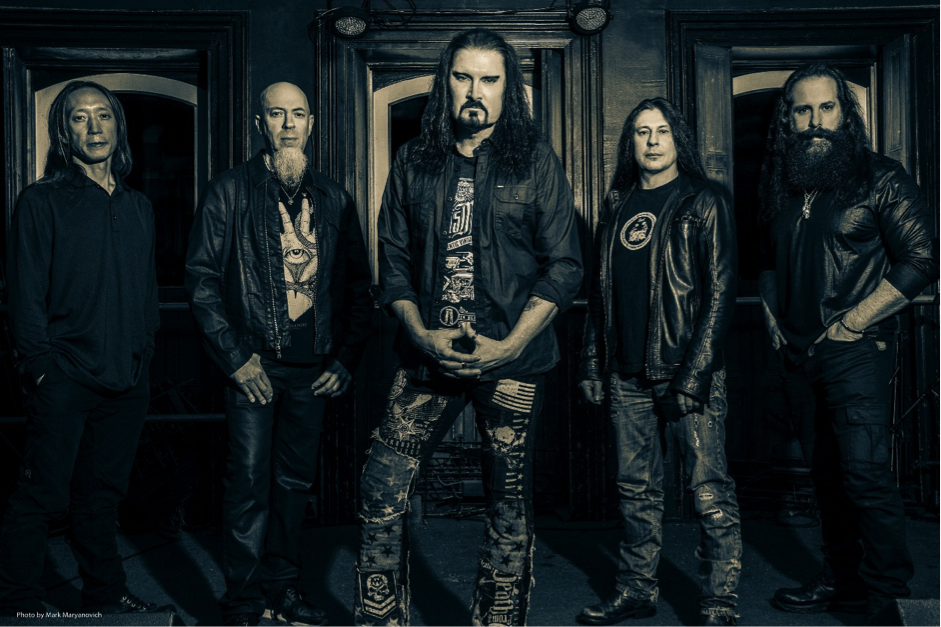