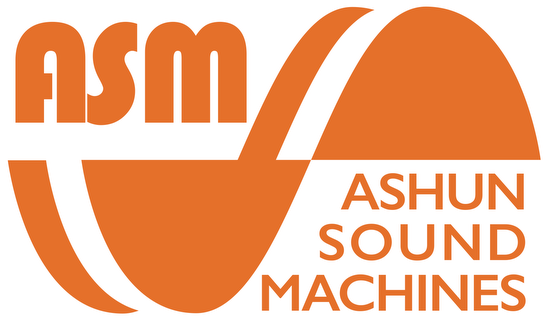 New arrivals Ashun Sound Machines made a huge splash when diving deep into the synthesizer world with the introduction of its Hydrasynth sensation in both keyboard and desktop variants late last year. Ultimately, users appreciated an unprecedented combination of sound generation methods and processing power — anchored around a unique digital wave morphing synthesis engine as an eight-voice polysynth whose three oscillators can all make use of any one of the 219 single-cycle waveforms available, while flexibly facilitating defining eight waveforms into a list and then morphing from one to the next using extensive movement-inducing modulation sources with Wave Scan mode (for OSC 1 and OSC 2 only) — potently coupled with hardware that is perfectly tailored for live interaction and real-time tweaking, all at a very affordable price. Perhaps best of all, a new generation of synth users were introduced to an amazingly expressive way to shape individual notes, thanks to that proprietary PolytouchTM 49-note polyphonic aftertouch keybed and a user-assignable ribbon controller.

Meanwhile, that Version 1.5 firmware update also adds a second multi-mode filter type to FILTER 2, with an ability to switch between LP/BP/HP (low-pass/band-pass/high-pass) or LP/NOTCH/HP (low-pass/notch/high-pass) filter modes. Thereafter, the Hydrasynth now benefits from microtonal scale support, opening up a brave new world of musical expression beyond the 12 tones most prevalent in Western music to allow composition and performances from any culture or harmonic discipline with 32 custom scales loadable using MIDI (Musical Instrument Digital Interface) Tuning Standard files. Furthermore, envelopes can now be triggered from as many as four sources, including LFOs (Low Frequency Oscillators), keyboard, ribbon, CV (Control Voltage) INPUTS, and PEDAL — EXPRESSION — input, whereas previously they were all triggered by the keyboard only. On top of that, the LFOs themselves have been upgraded to allow up to 64 steps when set to Step mode, with a new SemiLock feature to quantise those steps for pitch control of the oscillators.

MOD MATRIX improvements in the Version 1.5 firmware update makes creating modulation routings one step easier by allowing users to choose a specific parameter in a MODULE to be the modulation destination via direct selection, thereby creating a link between the source and destination in the fewest number of possible steps. Since the MOD MATRIX itself has been expanded to allow new modulation destinations with many more VOICE parameters and macros being added to the destinations, there are now many more sound design options available.

ASM has also updated the RANDOM page so users can set a percentage of how much randomisation takes place in each MODULE. Many more usable patches result from an added second patch randomisation option that generates a new patch by pulling in a random selection of values from other patches, which themselves are selected at random from every bank by combining various aspects of patches that are already known to be useful. 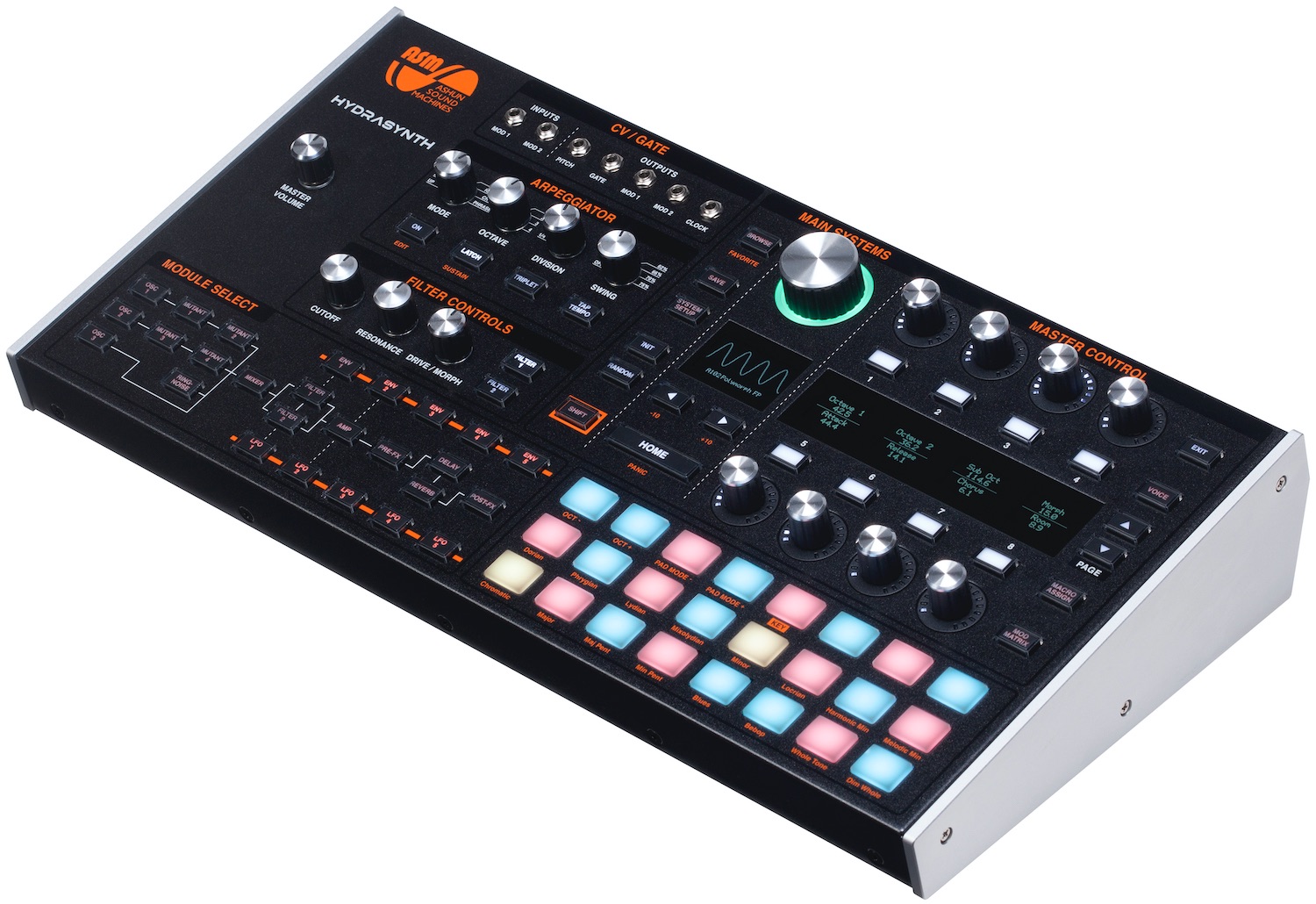 The PRE-FX and POST-FX modules both benefit from the addition of a new stereo Distortion effect, with controls for Drive, Tone, Asymmetry, and the Overdrive curve, as well as Output level.

LATCH mode moves things onwards and upwards, allowing users to press a key and have that key stay holding for as long as the LATCH button itself is enabled — ideal for ambient and generative patches.

System setup changes courtesy of the Version 1.5 firmware update include a Save System state, allowing users to boot up their Hydrasynth with a patch of choice; shorter timing options in Vegas mode; additional (Buchla®) 1.2V per octave support via the CV OUTPUTS; an option of selecting MIDI CC mode or NRPN (Non-Registered Parameter Number) modes, making automation in DAWs (Digital Audio Workstations) that do not support NRPNs possible, while that all-important user-assignable ribbon controller can now send NRPN or pitchbend data — all aiding ASM in making major strides in advancing its Hydrasynth sensation... dive deeper than ever before! 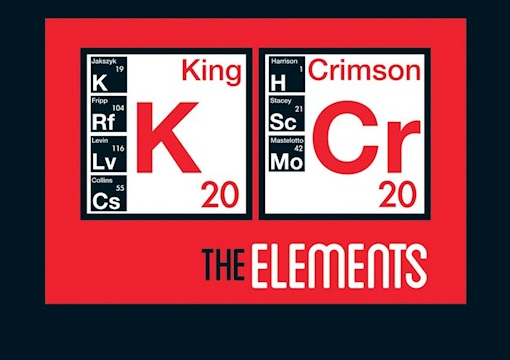