Asheville, NC, October 22nd, 2020 — One of the first known electronic musical instruments, the theremin has seen a remarkable century as the otherworldly sound adored in film and TV soundtracks, a staple of avant-garde music, and a sonic companion for groundbreaking moments in world history. To commemorate the instrument’s 100th anniversary, pioneering electronic musical instrument company Moog Music introduces Claravox Centennial—a celebration of the theremin’s past, present, and future.

Claravox Centennial is an elite performance theremin developed by Moog Music in celebration of the theremin’s past, present, and future. This new offering draws on the company's decades of experience building electronic musical instruments that honor the beauty and simplicity of legacy circuitry while continuing to innovate with cutting-edge technology.

Named as a tribute to the original theremin virtuosa, Clara Rockmore, Claravox Centennial offers the highest quality control and sound available in a theremin for today’s top performers and aspiring thereminists. 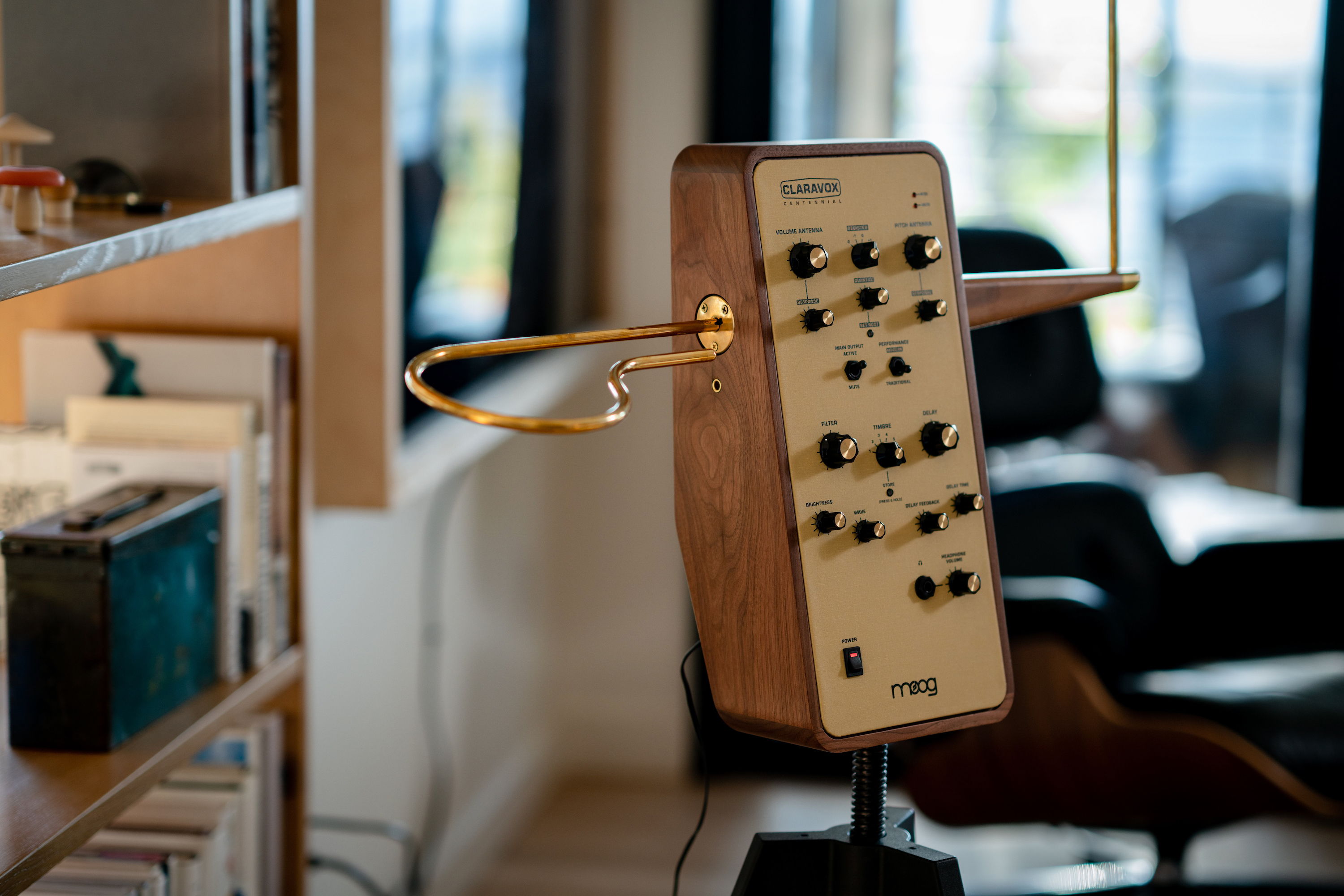 An instrument designed with exceptional playability to satisfy the most skillful thereminist, Claravox Centennial invites access to multiple levels of calibration and control settings to create a custom fit between this unique instrument and each unique player. Artists will appreciate the many thoughtful details included in the instrument’s design, such as DIN MIDI, USB, and CV inputs and outputs for integrating with DAWs or controlling external sound sources; front-panel preset storage for instant recall of your favorite sounds and settings; pitch quantization and scale selections to help educate newer players; and a dedicated software editor to further expand the instrument’s control and sonic capabilities.

Learn more about the instrument here.

Set among the baroque architecture and expansive gardens of Château de Vaux-le-Vicomte, French musician Grégoire Blanc channels theremin marvel Clara Rockmore in a stunning performance of Claude Debussey’s “Clair de Lune” alongside pianist Orane Donnadieu. This tribute to the timeless classical duets of Rockmore and her sister, pianist Nadia Reisenberg, captures the beauty of the theremin’s distinct tone and personality—characteristics that will continue to captivate audiences into the next century. Watch the performance here. 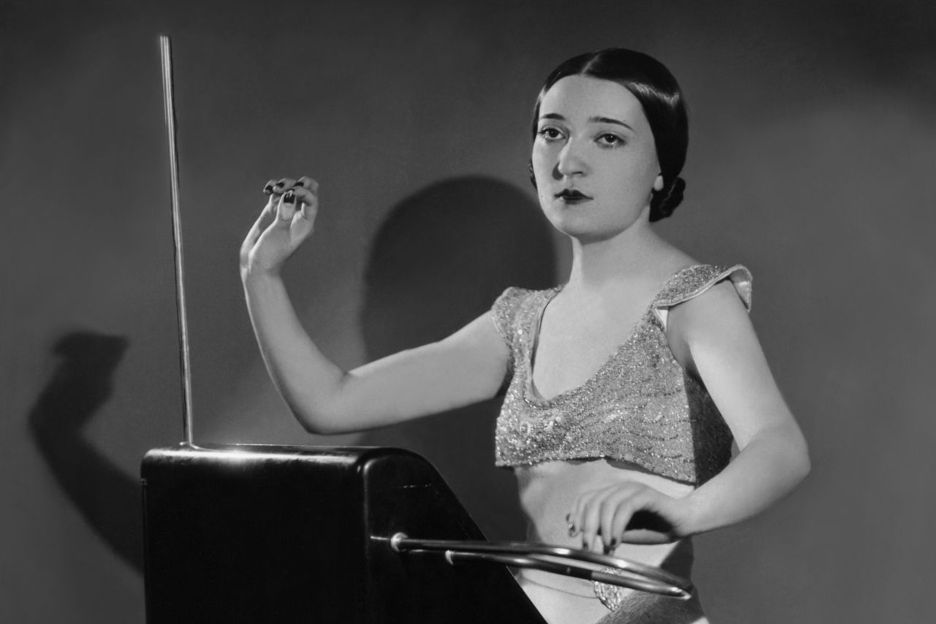 How the Theremin Sparked a Century of Electronic Music Innovation

The theremin was invented in a scientific laboratory in 1920 by Russian physicist Leon Theremin. Born Lev Sergeyevich Termen, Leon Theremin had an unique educational background, holding both a degree in physics and a degree in cello performance. It was this combination of skills that was the impetus for the invention that bears his name.

Leading up to his discovery, Theremin was working with a device that measured the density of gas and had modified it to not only give a visual readout of the value, but also an auditory representation. The device would emit a tone that would change pitch as the gas density changed, and Theremin noticed that his body’s proximity to the device would interfere and affect the tone. Using the control learned as a cello player, he managed to play a simple tune with the device. His colleagues marveled at the invention, which led to his decision to develop it into a full-fledged instrument. Not long after moving to the United States and patenting his invention in the late 1920s, Theremin met violin prodigy and fellow Soviet musician Clara Rockmore, who subsequently adopted the theremin as her primary instrument. Rockmore toured the US to wide acclaim throughout the 1930s, mystifying audiences with classical arrangements performed on what was then a new and highly unusual electronic instrument. With her classical training, she played a significant role in refining Leon Theremin’s original design of the instrument. Today, Clara Rockmore is widely considered the greatest theremin player of all time.

The theremin captivated many in its early days, but it would take a curious NYC teenager with a knack for science and an ear for music to help propel the instrument into the mainstream. In 1949, a teenager by the name of Bob Moog first learned of the theremin in an issue of Electronics World, and shortly after built his first model of the instrument from plans published in the magazine. By 1954, when he was just 19 years old, he and his father were building and selling theremins out of their home in Queens, NY. Moog was enamored with the technology and became so dedicated to his craft that it caught the attention of Radio & Television News, which featured Moog’s “The Theremin” article in the magazine’s January 1954 issue. “The Theremin” provided readers with a new schematic for a theremin design that offered greater operational stability while remaining simple enough to build at home. Having recently founded R.A. Moog Company to market and sell his theremin kits, Moog took out an advertisement in the same issue, offering readers the opportunity to purchase all the parts needed to build the instrument described in his article.

“I became a designer of electronic musical instruments because of my fascination with the theremin,” Moog wrote in his foreword to Albert Glinsky's Theremin: Ether Music and Espionage, the definitive biography of Leon Theremin. “Using the experience and insights I gained by designing theremins, I started designing and building synthesizers.” The rest, as they say, is synth history.

Along with classical applications from professional musicians like Clara Rockmore, the theremin has made its mark on popular culture through film scores, television references, and more. The instrument was used to create otherworldly audio effects in mid-century films such as The Day the Earth Stood Still and Alfred Hitchcock's Spellbound, was used by Led Zeppelin, and provided the sounds that would accompany Neil Armstrong on the first trip to the Moon.

Read more about the theremin’s riveting journey over the last century. 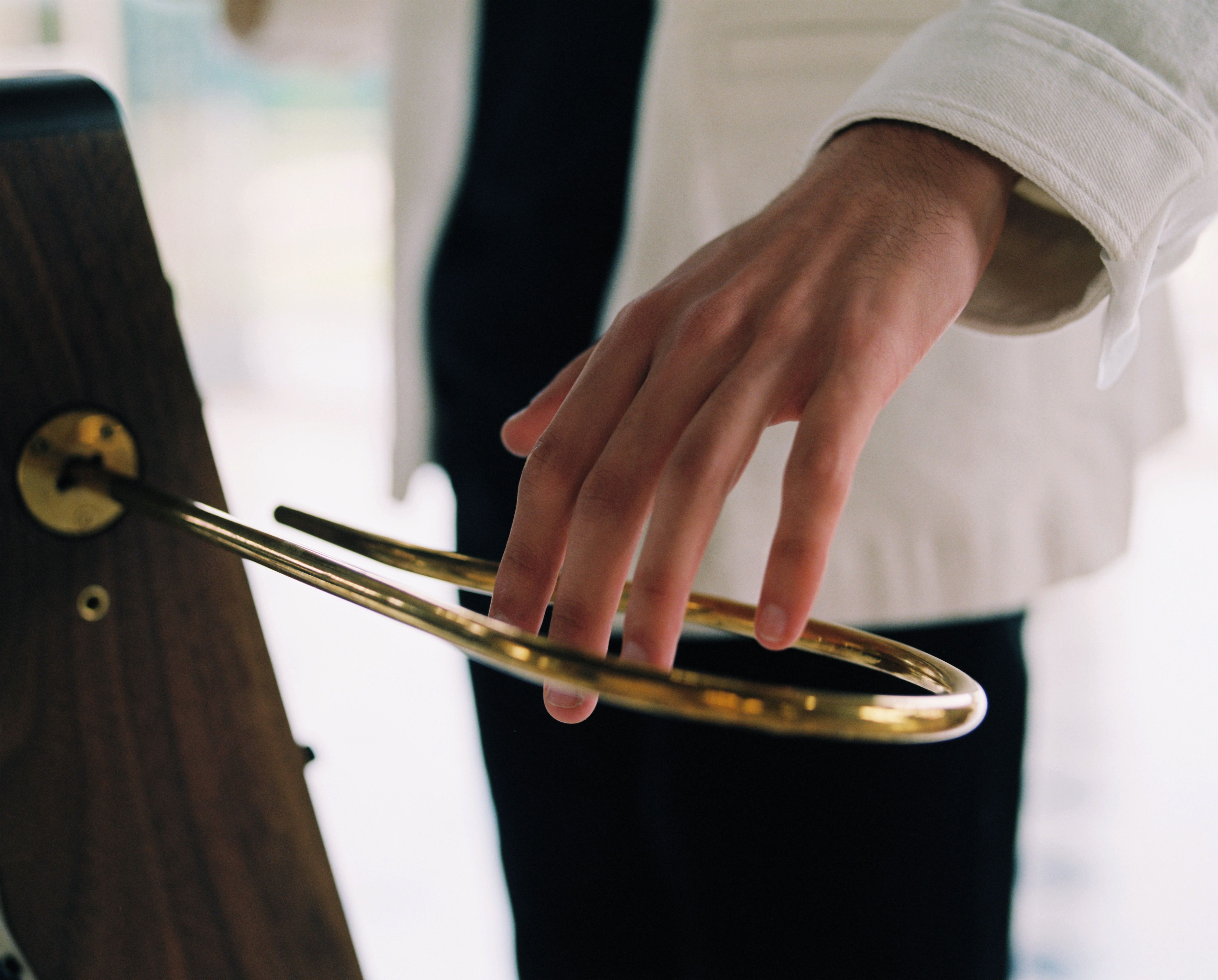 Understanding How the Theremin Works

While the theremin is the only instrument that can be played without physical contact, making it sound musical requires control and precision. The theremin is controlled by moving one’s hands in the air in the proximity of two metal antennas: one exists to determine pitch and the other determines volume. Higher notes are played by moving the hand closer to the pitch antenna, while louder notes are played by moving the hand away from the volume antenna.

Award-winning author and composer Albert Glinsky gracefully demonstrates how to play the instrument in “A Brief History of the Theremin” here.

The theremin produces a tone close to a sine wave. It is a monophonic instrument, meaning it plays one tone at a time (unless it is used as a MIDI controller). Originally imagined to accompany or replace orchestral instruments like the violin and cello, the theremin has stood on its own and continues to stand the test of time. A century after its conception, the theremin remains a coveted electronic instrument that is now being used and modified in more innovative ways than ever before—from children's music education programs to blockbuster film scores. 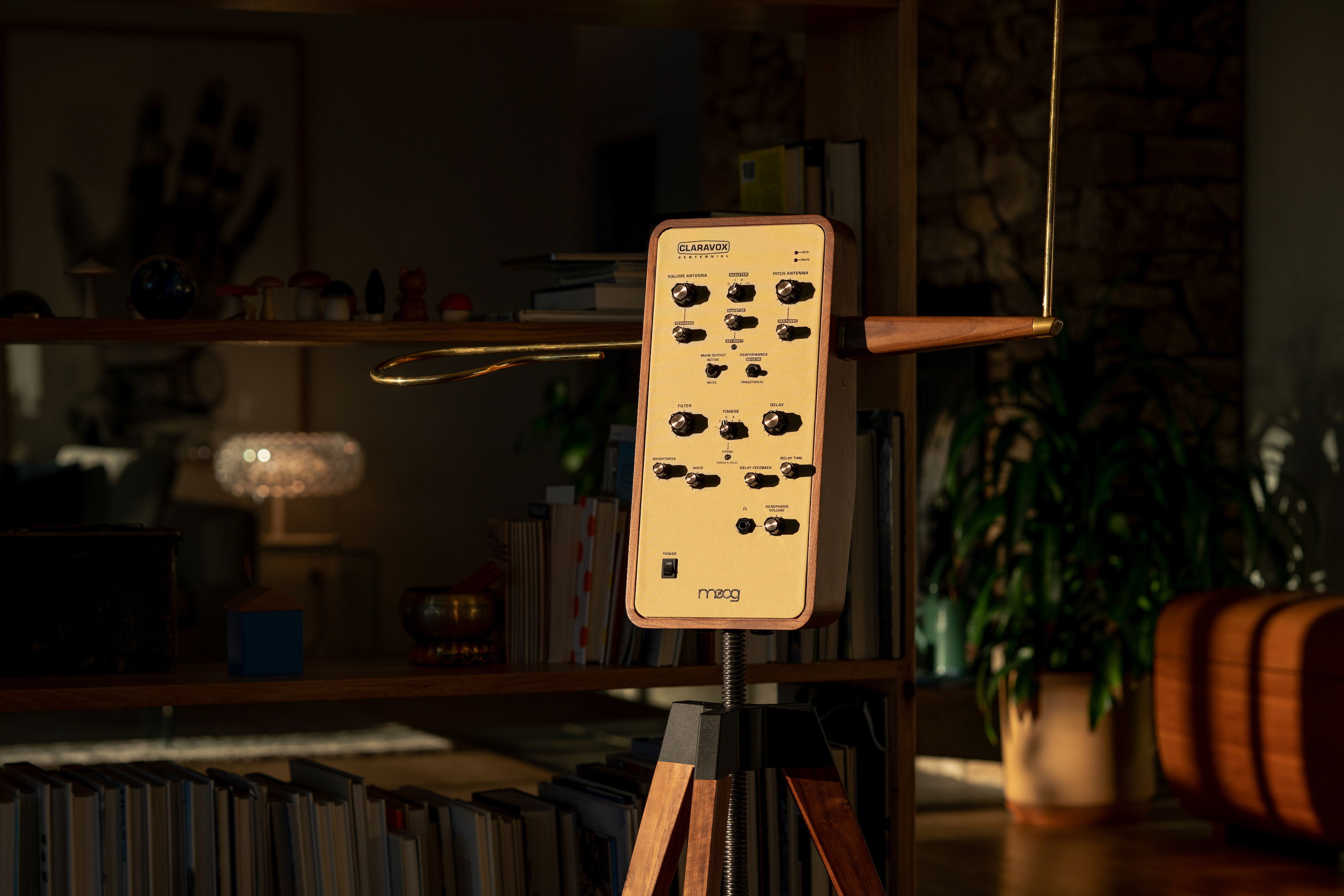 Claravox Centennial is designed in celebration of the 100-year anniversary of the theremin and will be in production for a limited time only.

The instrument is available for pre-order today, October 22nd, with units expected to begin shipping in December 2020.

Each Claravox Centennial instrument is shipped from the Moog factory in Asheville, North Carolina with all of the following:

A matching walnut instrument stand, as well as a left-hand configuration of the instrument, are also available to order.

Claravox Centennial is perfect for...

- Theremin owners ready to take their playing to the next level

- Collectors interested in a limited-edition piece of music history

- Experimental musicians looking for an uncommon and eye-catching new instrument

- Musicians who want a powerful companion on stage 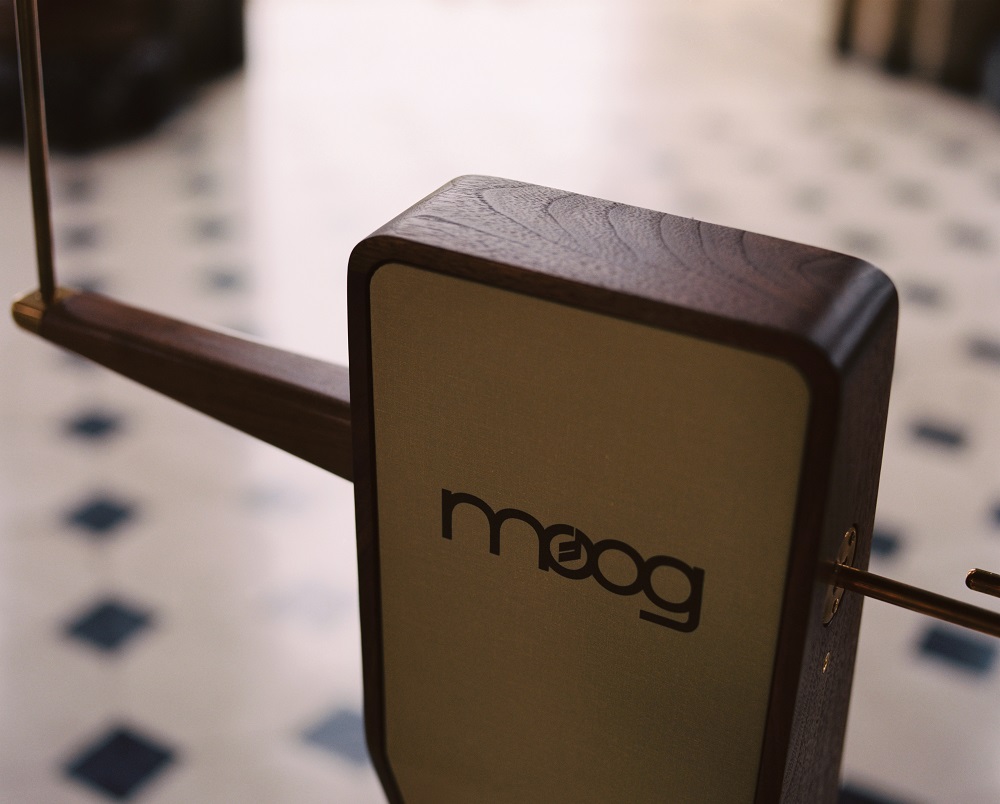 Moog Music is the world’s leading producer of theremins and analog synthesizers. The employee-owned company and its customers carry on the legacy of its founder, electronic musical instrument pioneer Dr. Bob Moog. All of Moog’s instruments are built with love inside its factory in downtown Asheville, North Carolina. Learn more here. 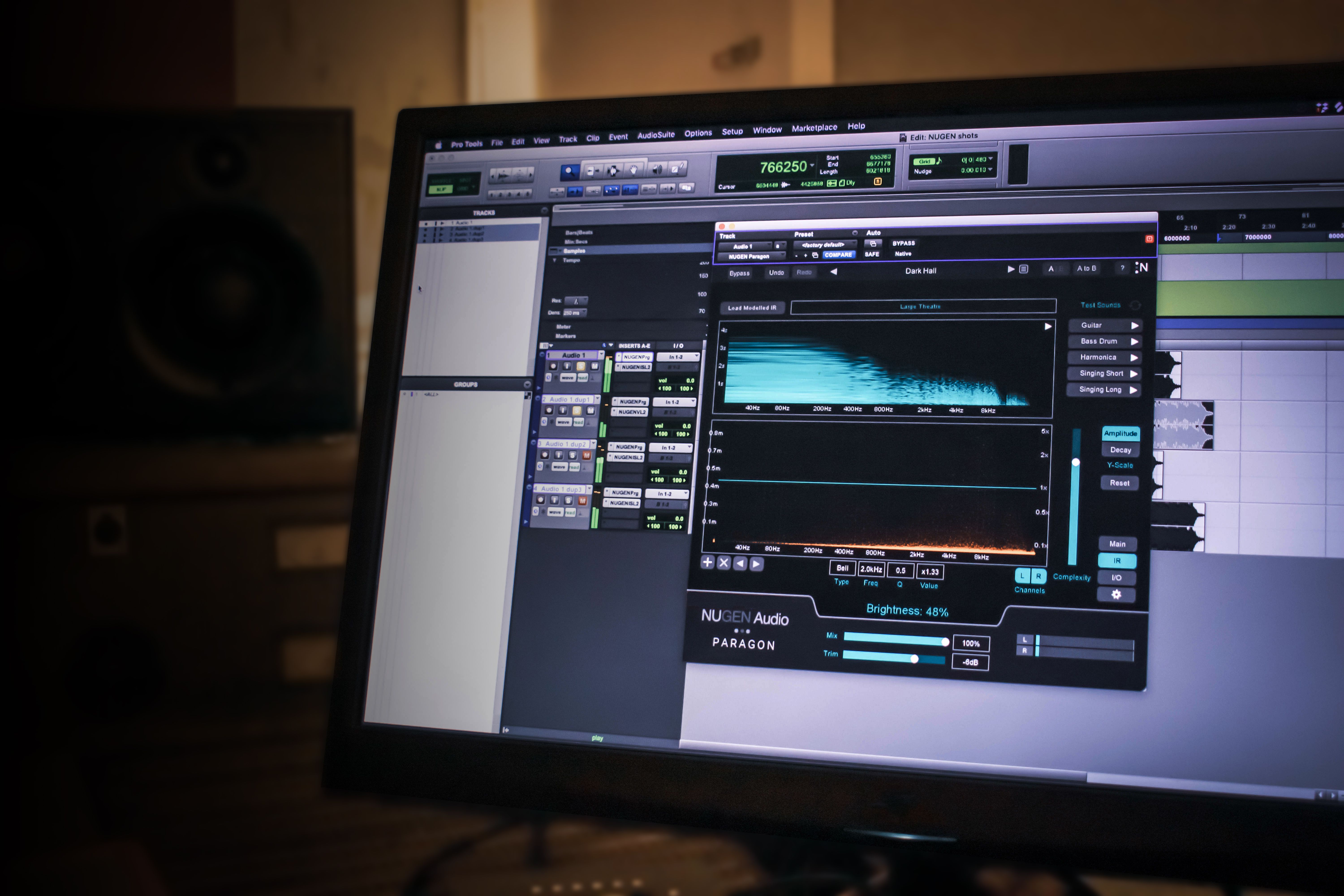 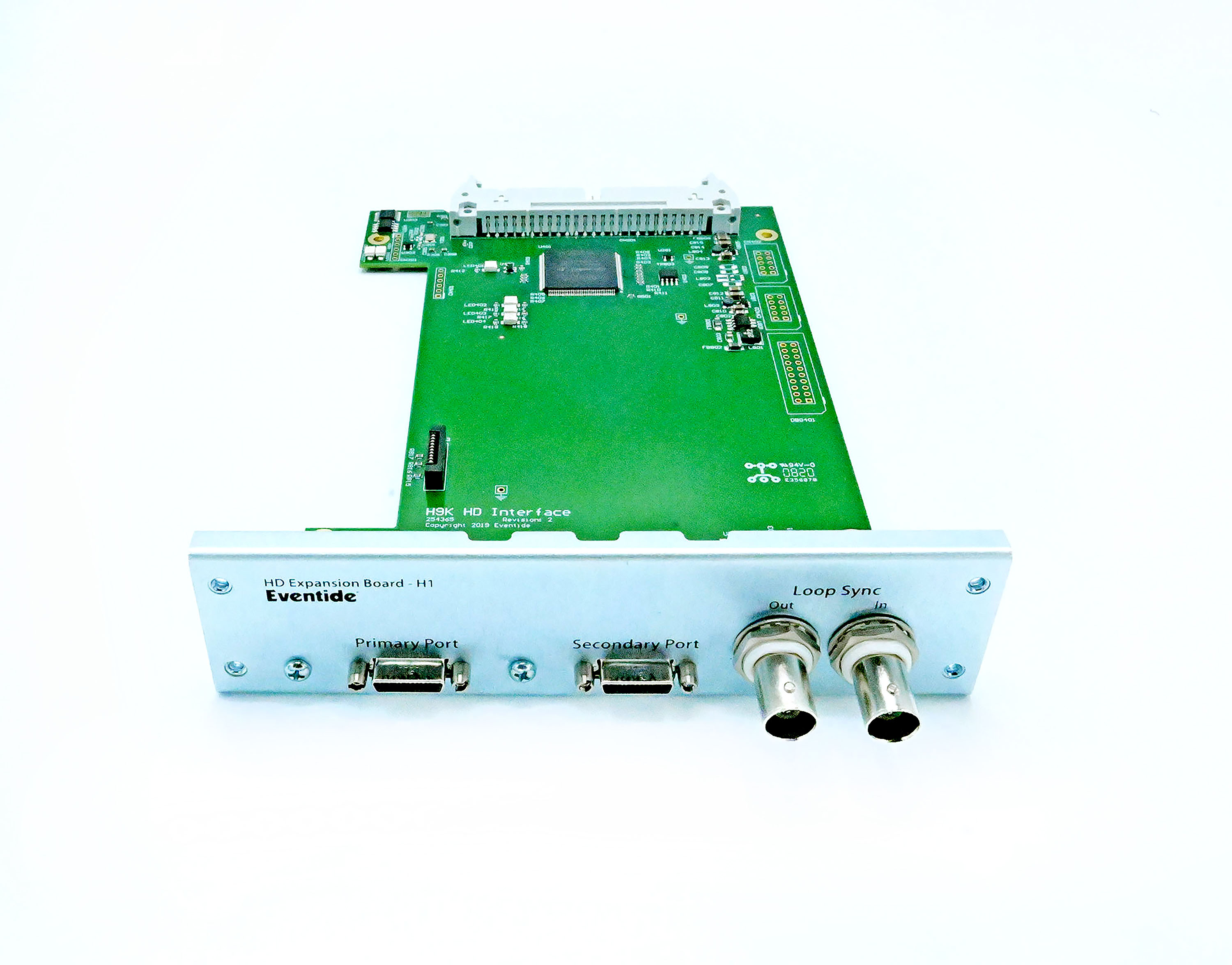