Just plug into your computer and rock out!

IK Multimedia’s extremely inexpensive StealthPlug provides the absolute simplest way to connect your electric guitar to a computer. With the included copy of AmpliTube 2 Live, we were up and running within a matter of minutes on the Apple Power Macintosh G5 in our home office while other family members remained completely unaware that we were “rocking out” at extremely quiet volume levels.

It’s basically just a simplified tool for easy at-home practicing and for laying down your demo ideas while everyone else in the house is sleeping. Of course the more adventurous among you might consider taking a laptop and a StealthPlug to a gig – it certainly weighs less than bringing an amplifier, and it would also be useful to bring along to a song-writing session where you are less concerned with your tone but still want to have a variety of sounds and effects at your disposal.

This is not a pro-quality product, so don’t expect the same kind of results as you’d get from using dedicated audio hardware in your studio. The somewhat thin instrument cable has molded connectors that could be easily broken if you attempted to use it in a live band situation. We’re surprised that IK Multimedia didn’t just put a ¼” female connector at the instrument end so that you could use higher-quality audio cables of your own choosing, but that probably would have increased the cost of manufacturing. One of the StealthPlug’s many nice attributes is its extremely low price.

The included copy of AmpliTube 2 Live is scaled down compared to the full-blown Amplitube 2 that we have previously reviewed (To read an in-depth review of AmpliTube 2, click here). This light version of AmpliTube 2 has fewer amp models (only a British and American amp, and one bass amp) and speaker models, fewer controls, and fewer effects, but functions in a nearly-identical manner. Those of you familiar with the full product will be immediately at home with AmpliTube 2 Live, though.

In use, the StealthPlug was a little noisy with both a DiMarzio humbucker-equipped Music Man guitar and a Fender Strat with Vintage Noiseless pickups. This wasn’t an issue at all for our practice purposes – just not a good choice for “serious” recording.

One feature of AmpliTube 2 Live that we absolutely loved in the stand-alone version of the software (it also runs as a plug-in in RTAS and VST environments) was the SpeedTrainer feature. This enabled us to easily load MP3s (or other audio files such as .WAV, .AIF, and .WMA) directly from our iTunes Music Library to practice along with. Not only could we adjust the volume/mix in relation to our guitar, we could also adjust tempo without altering pitch. This worked extremely well for helping us to relearn some of our own solos from various recordings with our band. Those of you who are more cover-tune minded will find the feature especially handy. You can also adjust the pitch to transpose the key of songs. One minor gripe with AmpliTube 2 Live was that every time we loaded one of the preset sounds, our Input and Master Level controls reset themselves (because they are saved with each individual preset), so we couldn’t quickly flip through various sounds without having to adjust levels. Fortunately, though, when we saved new sounds (or edited existing presets), the levels we needed were saved with them, so once you dial in your personal sounds, the levels will stay properly adjusted.

Performance was excellent. Once we adjusted the buffer size, latency was barely detectable. Only the fastest of shredders might find reason to complain, but we, on the other hand were quite satisfied.

A folder on the installation disk includes 500 MB worth of grooves to jam with from Sonic Reality. We had a lot of fun jamming along with them. An additional CD is bundled with some other software products such as Traction 2.1, SampleTank 2 SE, and a T-RackS EQ plug-in, but we didn’t test any of these “extras.”

Despite any shortcomings from a professional’s perspective, at only $99 street (MSRP is $129), we’re quite happy with the package. We can take our laptop and guitar on weekend getaways, play quietly at home without our amp, and find a variety of uses for it where we don’t need the quality of our high-end amps and outboard effects. 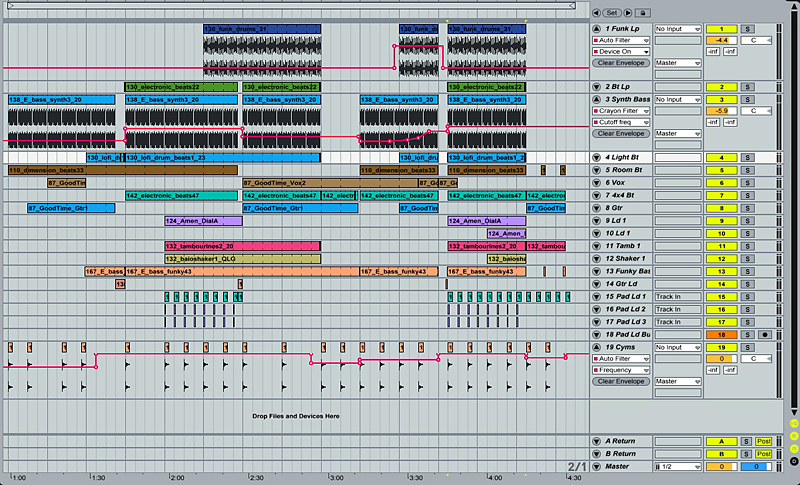 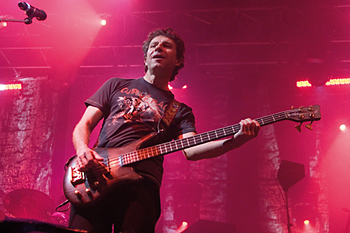 Marillion's Pete Trewavas: If His Bass Were ...