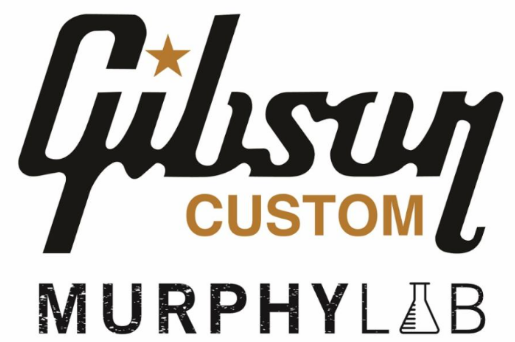 NASHVILLE, TN (March 9, 2021) Gibson, the iconic American instrument brand has announced the launch of The Murphy Lab. The Murphy Lab is an all-new lab within the Gibson Custom Shop in Nashville that is wholly dedicated to the art of aging guitars using the latest and most sophisticated technology, science, and tools. Explore the new Murphy Lab Collection, available worldwide now: hello.gibson.com/murphy-lab. 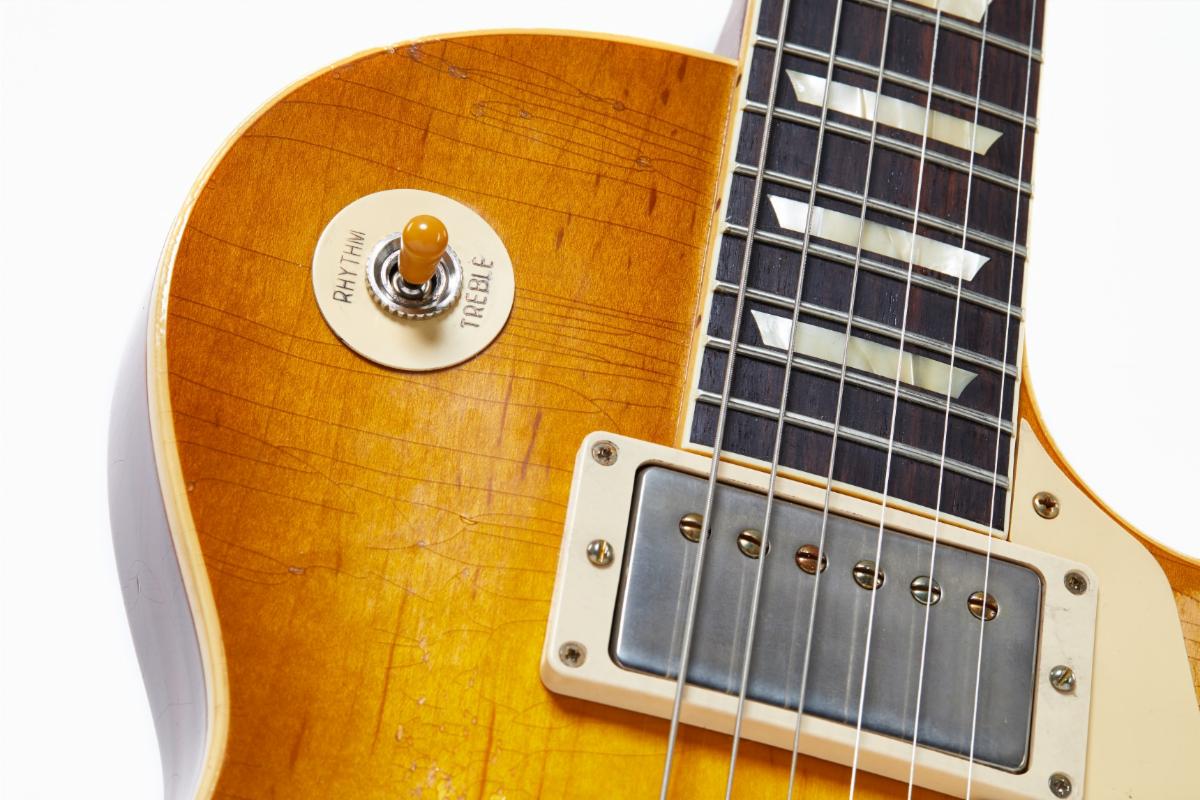 Above: an example of The Murphy Lab Collection’s Heavy-Aging design.

Led by industry pioneer Tom Murphy, each Murphy Lab artisan has been trained by Tom to an expert level by using his patented, chemical processes and specifications to provide four distinct levels of age and wear ranging from Ultra-Heavy to Ultra-Light. Each Murphy Lab guitar is a unique work of art that provides the ultimate vintage look, feel, and ownership experience. The Murphy Lab offers the new Murphy Lab Collection--which is comprised of 50 guitars--as well as a Murphy Lab Menu of aging options for Made to Measure guitars. Every Murphy Lab aged instrument takes a separate path through the Gibson Custom Shop, receiving the new Murphy Lab lacquer formula and hand-applied techniques.

For 25 years, Master Artisan Tom Murphy has been replicating the vibe and character of vintage guitars on the canvas of newly-created guitars. Tom’s technique leverages his passion for and deep knowledge of vintage guitars, adding his creative vision to add wear and natural lacquer cracking, that recreate the way a Gibson guitar ages, gracefully, over time. Tom has recreated the aging on guitars of legendary guitarists including Jimmy Page, Eric Clapton, Slash, Joe Walsh, Billy Gibbons, Joe Perry, Peter Frampton, Dickey Betts, Gary Rossington, and many more. 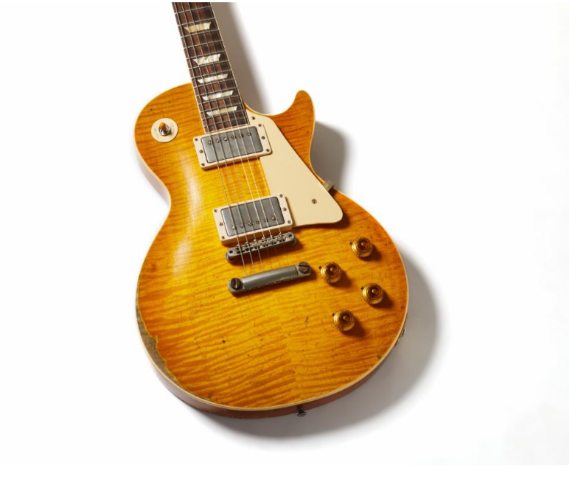 Above: the 1959 Les Paul Standard Ultra Heavy-Aged in Lemon Burst.

Tom was instrumental in the original formation of the world-renowned Gibson Custom Shop and developed the scientific process of aging guitars. The original Nitrocellulose Lacquer used on guitars in the 1950s and 1960s was imperfect and brittle, causing the finish to develop cracks, typically underneath the paint. In partnership with Tom, Gibson has scientifically reverse-engineered the original 1950s-1960s Gibson lacquer. Exclusively for The Murphy Lab, Tom has combined his aging skills and this new lacquer to create improved, ultra-realistic and long-lasting aging patterns. 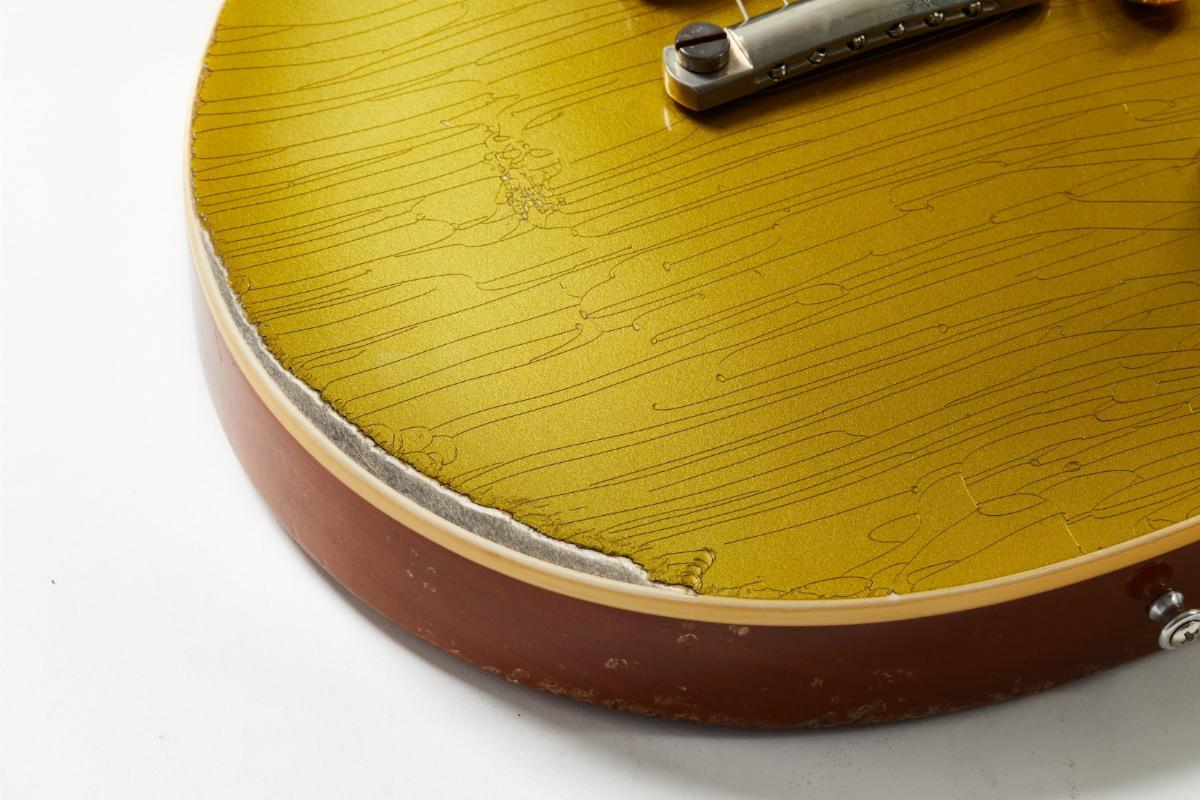 The Murphy Lab was conceived when Tom led an initiative at the Gibson Custom Shop to test prototypes of all different body shapes, finishes and levels of aging and each guitar created, in Tom’s words was “game changing.” The Murphy Lab was then created at Gibson Custom Shop in Nashville, where Tom alongside his expert team are aging guitars with more accuracy, authenticity, and attention to detail than ever before. The Murphy Lab is a living tribute to Tom Murphy, his work, and his legacy, as Tom will forever have a key role in Gibson’s history.

“I am incredibly humbled and honored to have an opportunity to bring these instruments to the market; to have my name on them is a tremendous responsibility,” says Tom Murphy, Master Artisan of The Murphy Lab at Gibson Custom Shop. “This work has been my passion for decades and what we have achieved in The Murphy Lab in terms of the different styles of aging and the consistency of the process is truly groundbreaking. I always stack my work up against real deal vintage Gibson guitars, and the effect that we are now able to achieve, well, there's just nothing else out there like it. This is a game changer. This is the future of aging guitars.” 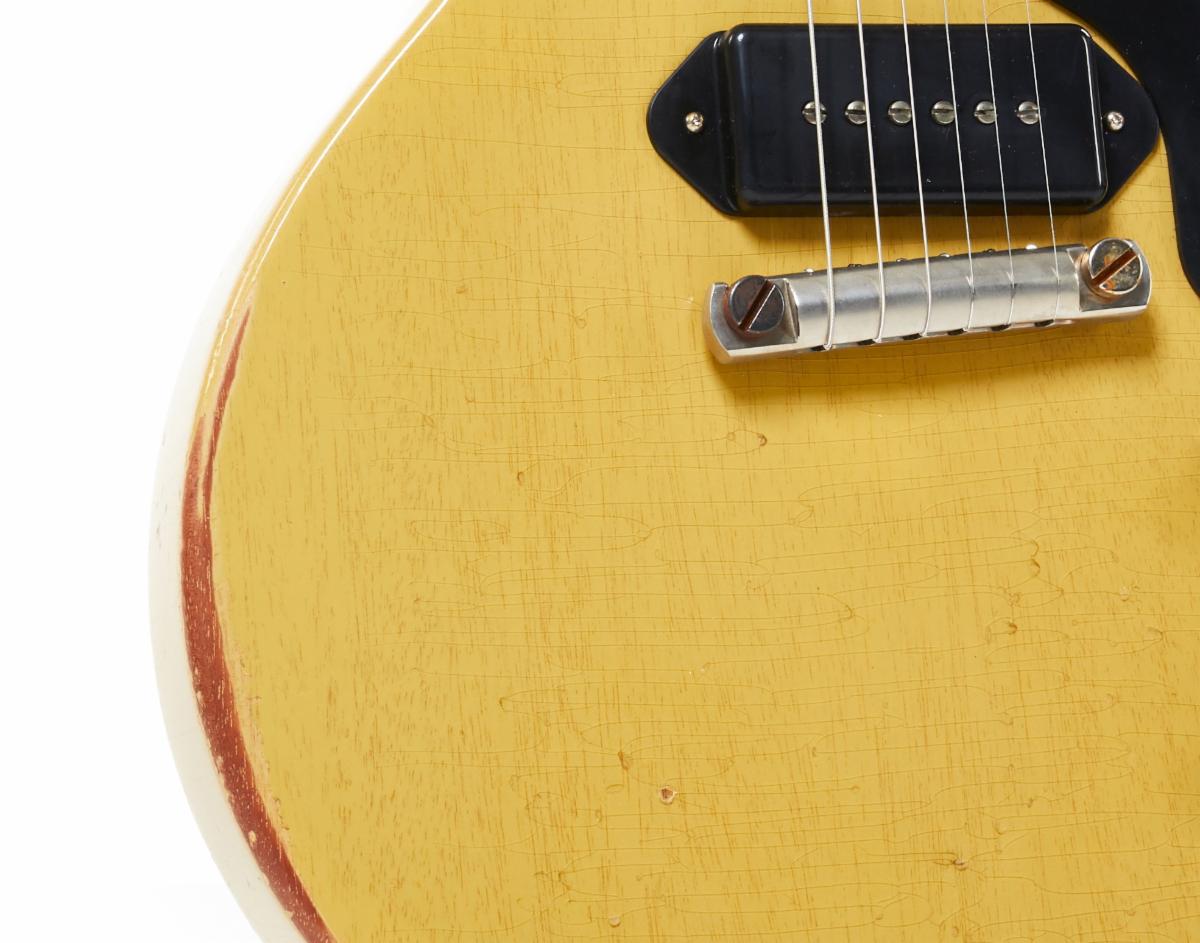 “The Gibson Custom Shop is the pinnacle of craftsmanship, quality and sound excellence. Each instrument celebrates Gibson’s legacy,” says Cesar Gueikian of Gibson. “The Murphy Lab, one of our Gibson Labs, is where we re-imagine and implement new ways of delivering the Gibson Custom Shop historic experience. Master Artisan Tom Murphy brings his expertise, authentic style and his passion for building historically accurate guitars to the Murphy Lab Collection.”

The Murphy Lab Collection from Gibson Custom Shop is comprised of 50 different aged Historic Reissue models, which are not just a tribute to the priceless original models--they are a clone of them. From laser-scanned dimensions to chemically--recreated plastics and color-matched shades of Gibson’s famous Sunburst, every element has been rendered in unbelievable detail. It represents the culmination of decades of work by Custom Shop's expert team -- a tireless quest to bring accuracy and authenticity into the hands of fans. The definition of cool, these guitars are the best creations since the Gibson Custom Shop began making Historic Reissues over twenty-25 years ago. 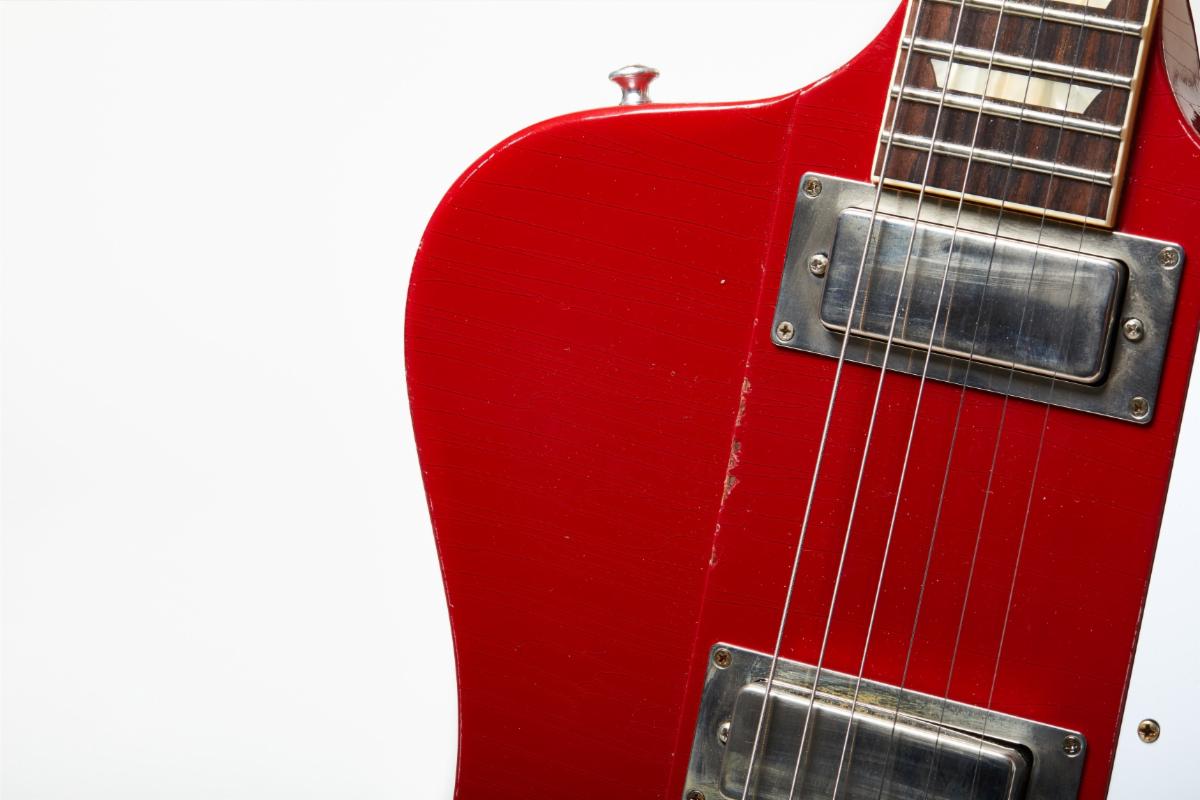 Above: the 1963 Firebird V with Maestro Vibrola Light Aged in Cardinal Red.

The Murphy Lab Collection features the following ranges in wear Ultra Heavy-Aged, Heavy-Aged, Light Aged and Ultra-Light Aged, by the skilled artisans of the Murphy Lab. The Murphy Lab finish treatments, paired with coordinating aged hardware, simulate decades of natural playing, giving each guitar its own unique character, vibe, and the feel of an original guitar from the Gibson Golden Era. 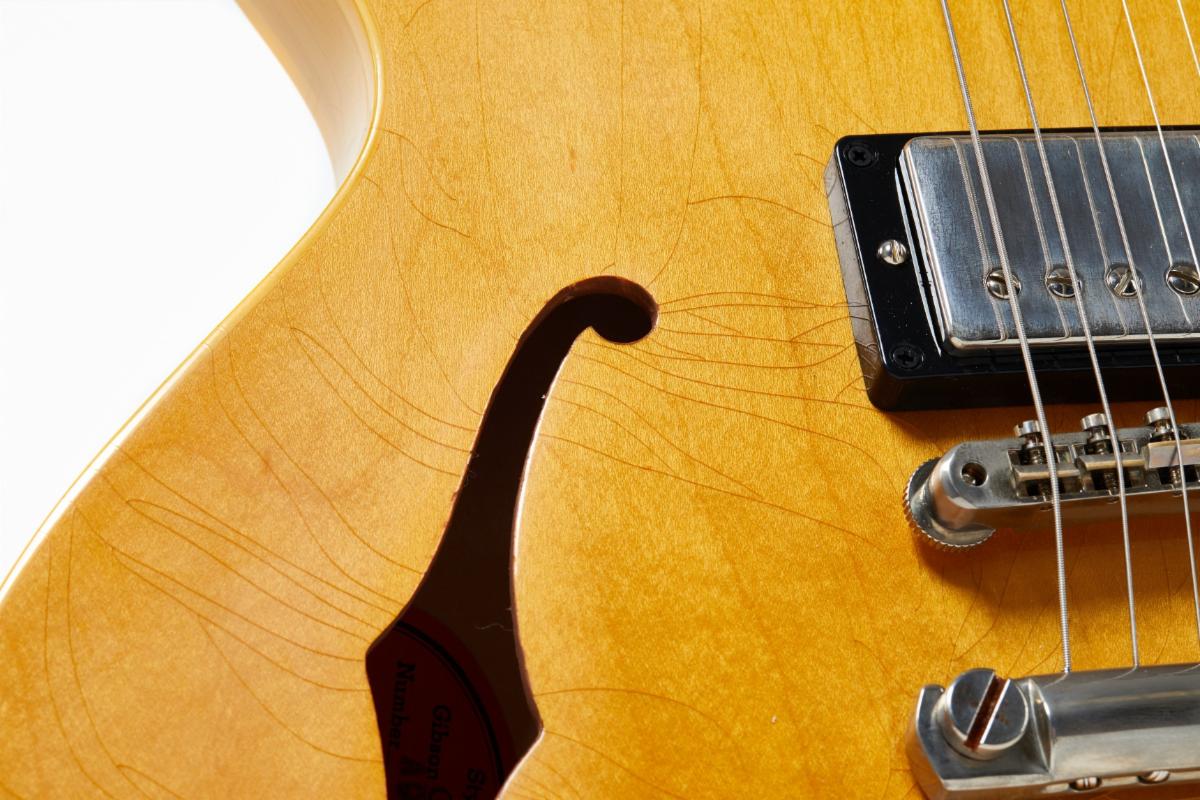 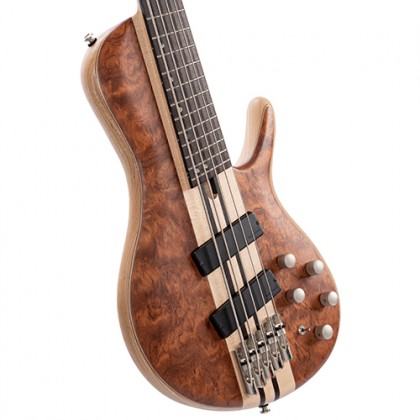 Cort Introduces Artisan A5 Beyond with Bold ... 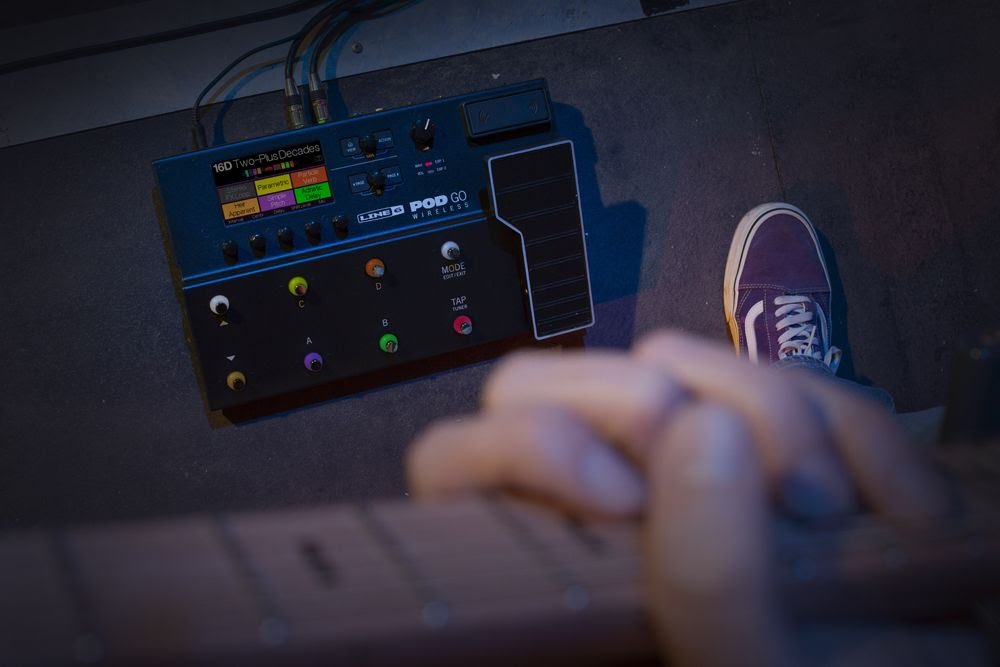