GRENOBLE, FRANCE: Virtual instrument and effect plug-in-specialising software company XILS-lab is proud to announce availability of KaoX — a virtual instrument inspired by a legendary FM (Frequency Modulation) synthesizer, albeit bolstered by virtual analogue sound synthesis and additional chaotic algorithms in an advanced two-layer architecture allowing for a powerful sound creation tool to fuel DAW-driven synthesizer dreams with a much more easily understood signal path than its iconic FM forefather — as of April 12…

To appreciate its iconic inspiration is to truly appreciate the power of KaoX, XILS-lab’s latest virtual instrument. Indeed, the early-Eighties synthesizer market was dominated by analogue synthesizers using analogue circuits and analogue signals to generate sounds electronically, which, when made available as programmable polysynths with patch storage, were costly with limited polyphony. Putting paid to that dominance, an Eighties-dominating 16-voice FM synthesizer changed course — changing the course of musical history in the process — by generating sounds via frequency modulation, a form of sound synthesis whereby the frequency of a waveform is changed by modulating its frequency with a modulator. Mass manufactured using very-large- scale integration chips by a Japanese giant of a company who had licensed the technology from Stanford University, California — composer, musician, and professor John Chowning developed the digital implementation of FM synthesis while there, the world’s first commercially-successful digital synthesizer subsequently sold over 200,000 units within three years — around 20 times more than the most iconic analogue synthesizer of all time sold in its impressive decade-long lifespan — and its preset sounds soon became staples of the Eighties pop pantheon with E PIANO 1 purportedly ending up on 40% of the US Billboard Hot 100 chart toppers throughout 1986. Therein lay the rub. Really complex menus and a lack of conventional controls meant that few learned to program the comparatively keenly-priced instrument in depth — despite FM synthesis lending itself to creating brighter, glassier sounds, as well as imitative acoustic sounds so much better than its instantly unfashionable analogue adversaries, programmable polyphonic or otherwise. Of course, fashions change with time and technology; the instrument in question has long since fallen out of favour. Although analogue synthesizers — somewhat ironically — are now more commonplace than they ever were with a perceived warmth of sound and appealing hands-on control working in their favour, the convenience of an ITB (in the box) workflow with DAW-driven virtual instruments and effect plug-ins has far from lost its appeal for today’s music-making masses. Time to revisit the wonderful world of FM synthesis with a modern-day twist? Knowingly, KaoX does just that. After all, as a virtual instrument- and effect plug-in-specialising software company, XILS-lab loves to create tools that inspire its users to create more imaginative music than they ever dreamed possible!

Put it this way: with KaoX, XILS-lab has created a virtual instrument inspired by that legendary FM synthesizer, albeit bolstered by virtual analogue sound synthesis and additional chaotic algorithms in an advanced two-layer architecture allowing for a powerful sound creation tool to fuel DAW-driven synthesizer dreams with a much more easily understood signal path than its iconic FM forefather since said signal path is easily understood through the use of illuminated modules in a GUI (Graphical User Interface) that is equally easy on the eye. KaoX’s knowing nod towards the preset-powered popularity of its iconic FM forefather is immediately obvious for all to see and hear in an easy-to-tweak simplified view allowing its UP (upper) and LO (lower) synthesizer layers — each with independent synthesis modules — to be combined in three different ways. Working in single mode, only the selected layer is active and heard, while both layers are active and heard in SPLIT and DOUBLE modes — the lower part of the keyboard playing the LO layer and the upper part of the keyboard playing the UP layer in the case of the former, while both the UP and LO layers are simultaneously played across the keyboard in the case of the latter. Limited controls are available in this simplified view, including TUNE, DRIFT, GLIDE, VIBRATO, FREQ (vibrato frequency), DEPTH (vibrato), W (wheel), TREMOLO, FREQ (tremolo frequency), and DEPTH (tremolo), plus CHORUS, DELAY, PHASER, and REVERB effects, enabling users to easily play presets and to tweak them accordingly — adding vibrato and tremolo or switching effects on and off, for instance.

Alternatively, activating an advanced settings view brings the wonderful world of KaoX into full view, allowing more adventurous users access to the virtual instrument’s internal modules to tweak or change any parameter therein, aided by contextual help windows, while active modules are helpfully illuminated. FM synthesis options are available on each of the two available layers with eight operators grouped in two banks with independent pitch — perfect for creating chorus-like FM sounds or punchy stereo patches — and two outputs (O1 and O2). Each FM OPERATOR features one LFO (Low Frequency Oscillator), one envelope, WHEEL and VEL (velocity aftertouch) access, two user-definable external modulators (assignable to any KaoX modulation source), KEYB (keyboard follower) 2D pad, RATIO or FIXED frequency selection, and a lowpass filter. Furthermore, virtual analogue synthesis options are also available on each of the two available layers with two continuous waveform analogue oscillators (ANALOG OSCILLATOR 1 and ANALOG OSCILLATOR 2), two zero-delay-like analogue filters (FILTER 1 and FILTER 2), four D-ADSR envelopes, and four VCA outputs for bringing a depth and warmth to the sound creation table. That said, KaoX also allows its users to create sounds that they had never thought possible, thanks to two chaotic oscillators (CHAOS OSCILLATOR 1 and CHAOS OSCILLATOR 2) and two chaotic ring modulators (CHAOX 1 and CHAOX 2). And as if that was not enough to keep committed sound creators seriously satisfied, KaoX comes complete with a flexible four-track step SEQUENCER, where each track can be assigned to the UP or LO layer with independent sustain and gating or used as a modulation source.

Sound-wise, KaoX comes packed with 500-plus presets programmed by world-class sound designers Mikael Adle, Soundsdivine, Status, Nori Ubukata, Tom Wolfe, Xenos, Yuli-Yolo, Zensound, and many more — more than enough to point anyone of any ability in the general direction of where they might musically want to go. Getting there is made much easier with its integrated single-window preset manager making finding the right patch for the task, managing presets and sound banks, as well as creating custom tags, an efficient easy-going experience that could barely be dreamt of back in the early Eighties. Today the time has clearly come to revisit the wonderful world of FM synthesis with a modern-day twist and appreciate the power of KaoX, XILS- lab’s latest virtual instrument par excellence — from France with love... and all without the need for very-large-scale integration chip mass manufacture! 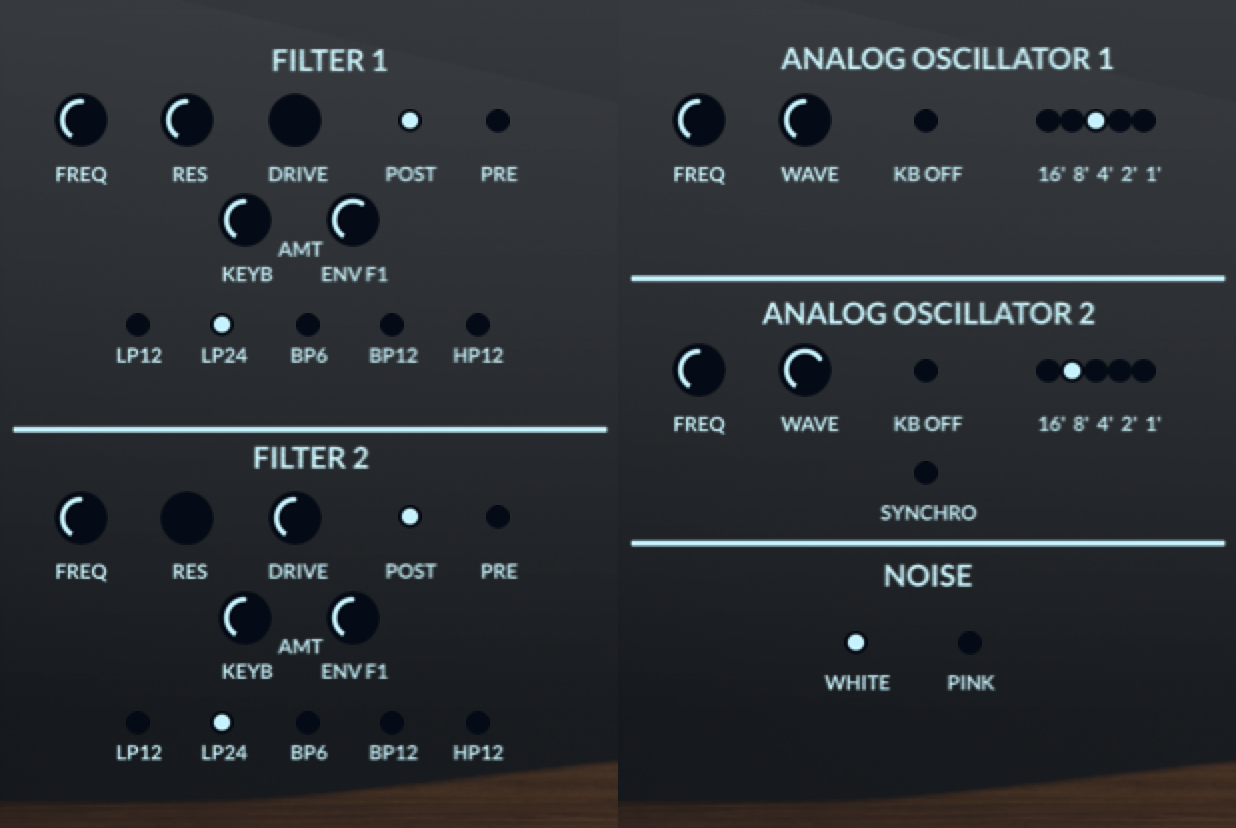 KaoX is available to purchase as an iLok (2 and 3 dongle hardware or software) protected plug-in priced at an introductory promo price of €99.00 EUR until May 15, 2021 — rising thereafter to an MSRP (Manufacturer’s Suggested Retail Price) of €179.00 EUR — directly from XILS-lab via the dedicated KaoX webpage (https://www.xils-lab.com/products/kaox-p-168.html), which also includes more in-depth information. 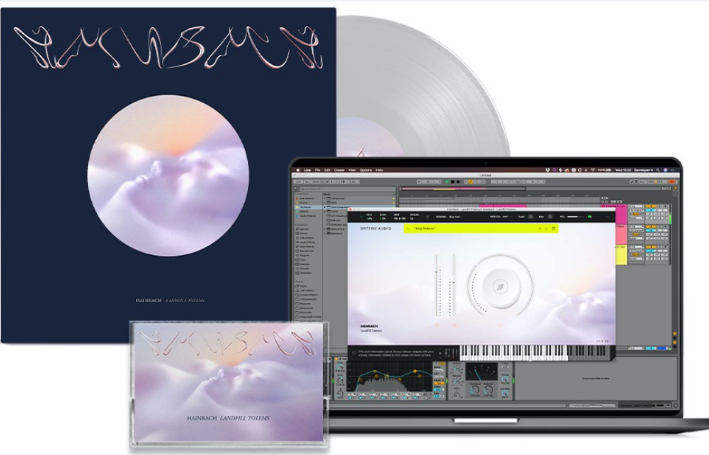 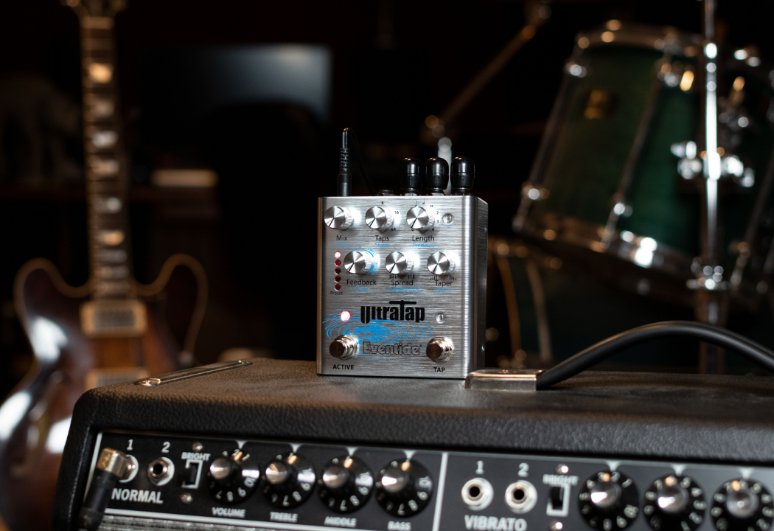