HOLLYWOOD, Calif. (November 9, 2021) — Gretsch® today announced the launch of Richard Fortus Signature FalconTM Center Block guitars, marking the Grammy-nominated guitarist’s first collaboration with the legendary musical instrument brand. Gretsch has a long-standing history with Falcon guitars dating back over half a century. Recognized for their big, powerful dynamic sound, the Falcons were a mainstay among guitarists during the height of the Rock ‘N Roll era. The brand remains a favorite to play and record with among elite guitar players everywhere and now, Guns N’ Roses guitarist, Richard Fortus has been selected to create his own signature line. Two signature models were created for well-versed and experienced players seeking a guitar that presents a comfortable fit with versatile applications. 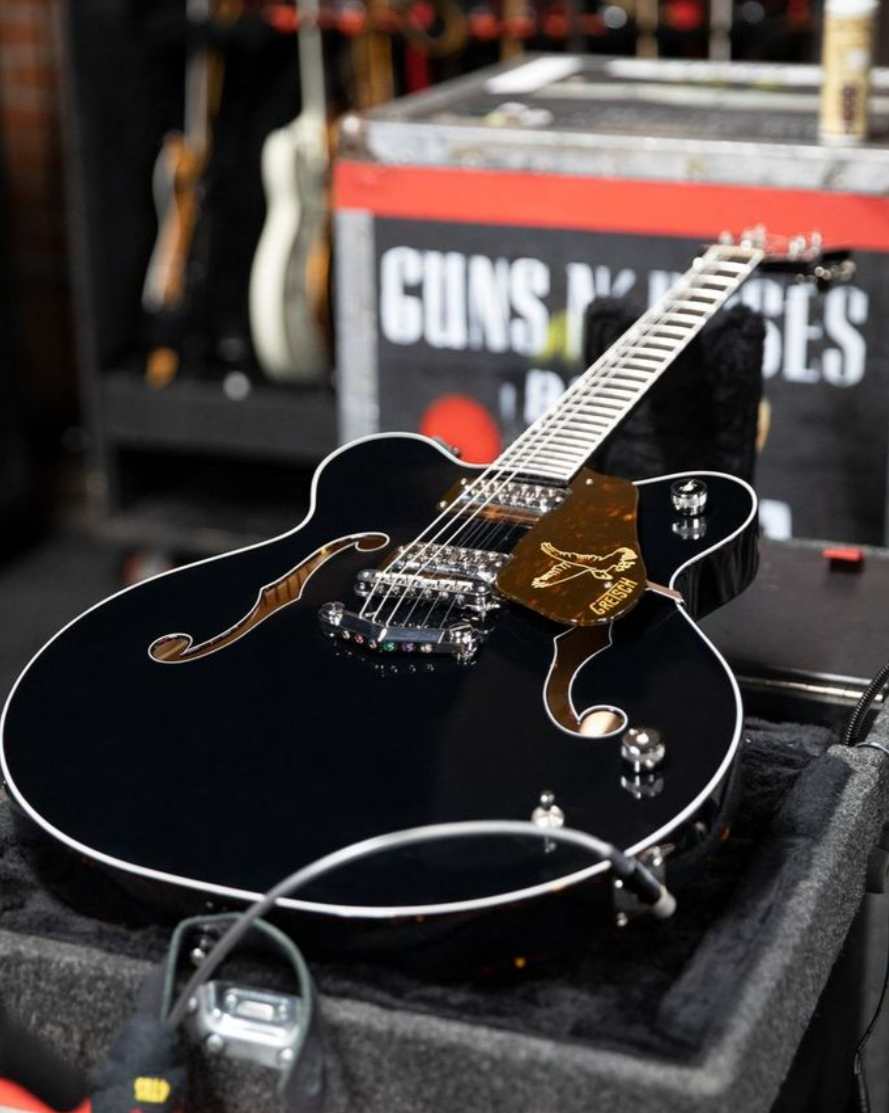 Richard Fortus is one of the most respected guitarists in the world. With a multitude of projects over the years headlined by a nearly two-decade stint with rock powerhouse Guns N’ Roses, Fortus’ chameleon-like ability to seamlessly add his own fretwork flair to the varied likes of pop superstars Rihanna and Enrique Iglesias, new wave luminaries The Psychedelic Furs and ultimately, Guns N’ Roses, lends credence to his wide-ranging talents and exacting tastes. Throughout his storied career, Fortus has been known to play Gretsch guitars. He has an eye and an ear for what a signature model might look like. 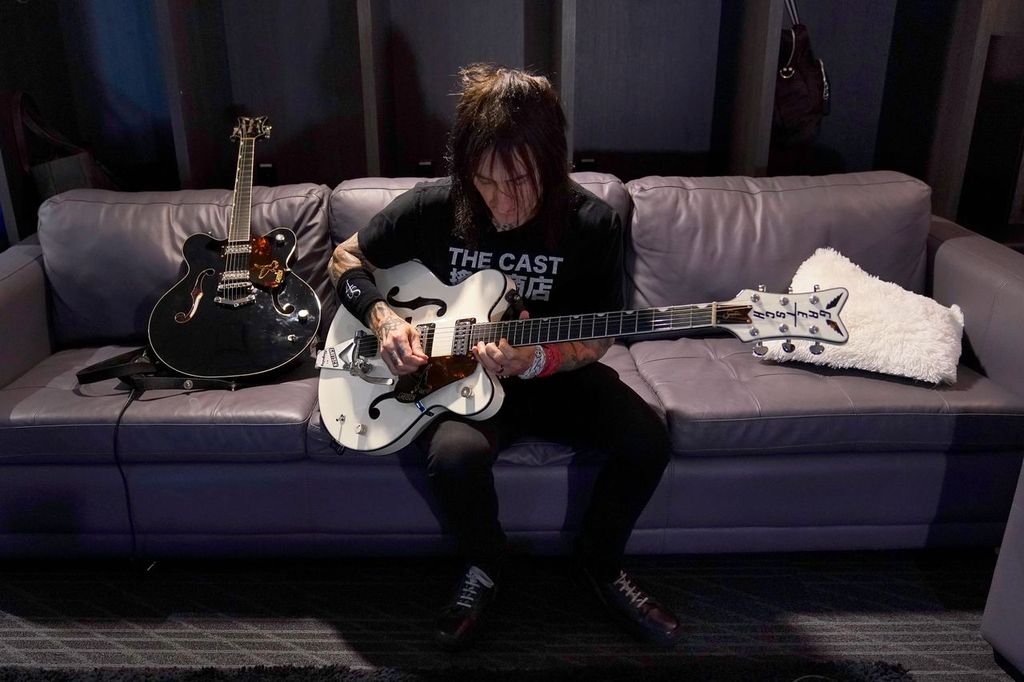 "Gretsch has always been such an integral part of rock n’ roll tone. From Malcolm to Harrison, Neil Young to Billy Duffy. It’s such an honor and lifelong dream to have my name associated with it,” said Richard Fortus. "I wanted something that I could play all night for rhythm and lead. With their classic Gretsch chime, along with their super thick and tight low end, these Falcons are built to be all-around versatile guitars for all types of players.”

Guitarists with Fortus’ shape-shifting talents demand versatility in their instruments to remain on top of their game, which is why a set of Custom Wound Filter’Tron™ pickups in the bridge and neck positions fit perfectly. “It’s all about the pickups. That’s what sets this guitar apart from any other guitar on the market,” Fortus added. 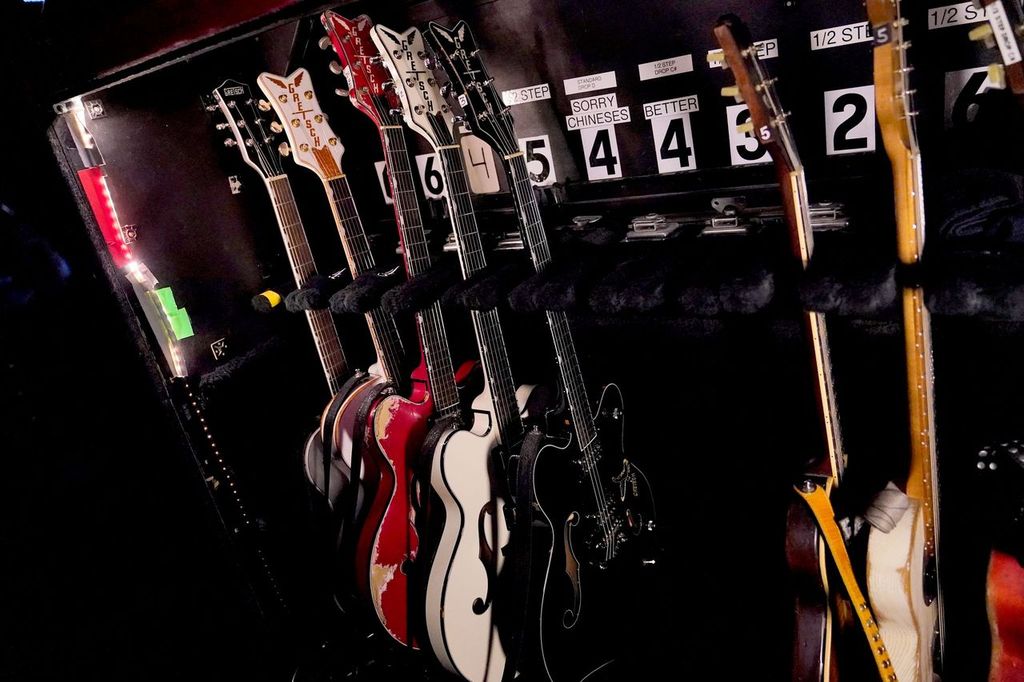 “Richard is a player’s player, full stop. His stylistic vocabulary is surpassed only by his ability to fuse unbelievable talent with exceptional tone” said Jason Barnes, VP Category Management- Gretsch. “As expected with a musician of Richard’s caliber, he played an active role in every development step and was painstakingly detailed with each spec. With the 17” body and chambered center block combined with his custom-voiced pickups this Falcon is a real powerhouse. We could not be happier with the results.” 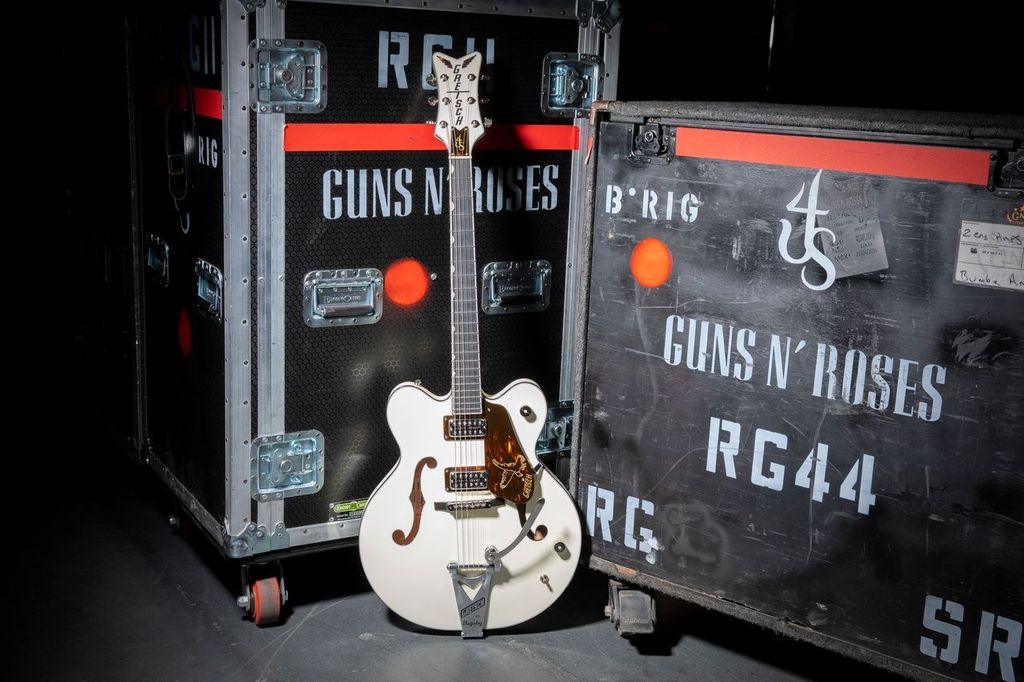 The Richard Fortus Signature FalconTM Center Block models are designed in conjunction with Gretsch’s world class design and production teams to capture the iconic artist’s signature sounds. Watch Fortus dive into his influences and the inspiration behind many of the key features of his namesake Falcons in this video:

For technical specs, additional information on new Gretsch products and to find a retail partner near you, visit www.gretschguitars.com. Join the conversation on Twitter by following @GretschUSA and on Instagram by following @OfficialGretsch. 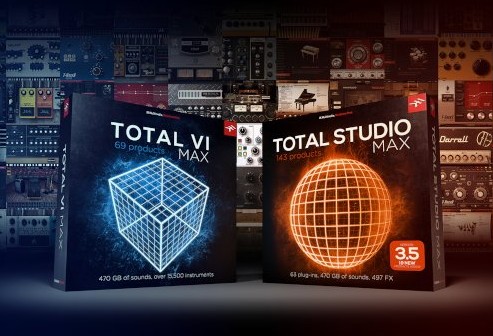 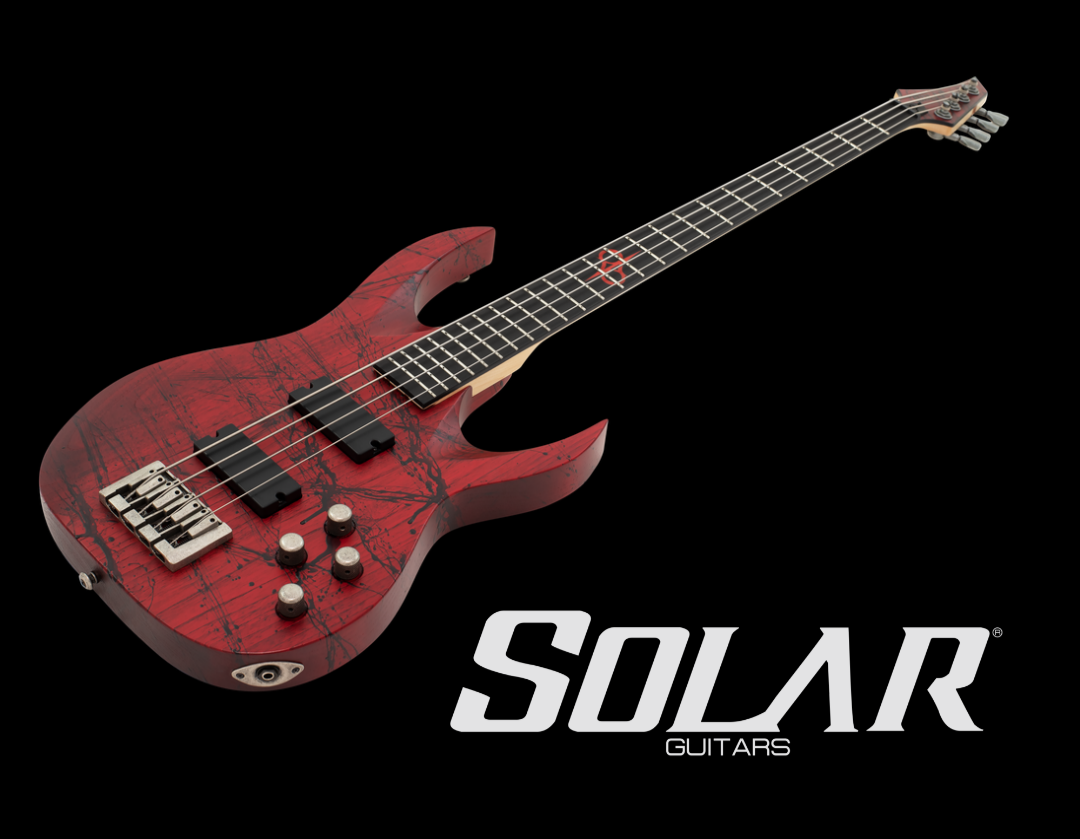