December 3, 2021 – It’s been four years since legendary rockers REO Speedwagon and Styx joined forces for a summer co-headlining tour. While the world has changed since then, fans’ desire to rock out hasn’t. Styx and REO Speedwagon are telling you to close those laptops and get out of your sweatpants, because they’re set to once again bring their rock & roll classics to the masses, this time with special guest Loverboy for the “Live & UnZoomed” tour that kicks off May 31, 2022 in Grand Rapids, MI at the Van Andel Arena. See below for complete routing.

Check out this video to learn more about the REO Speedwagon/Styx/Loverboy “Live & UnZoomed” tour:

Citi is the official presale credit card of the U.S. “Live & UnZoomed” tour dates. As such, Citi cardmembers will have access to purchase presale tickets beginning Tuesday, December 7 at 10am local time until Thursday, December 9 at 10pm local time through Citi Entertainment. For complete presale details, visit www.citientertainment.com.

Canadian fans who are American Express® Cardmembers can get Front Of The Line presale access to purchase tickets to the Toronto show before the general public beginning Tuesday, December 7 at 10am ET until Wednesday, December 8 at 10pm ET at https://www.ticketmaster.ca/americanexpress/94.

Styx’s Tommy Shaw agrees, “I can’t think of a better way of touring the USA next year than with good friends we’ve known for years and performed with on many a stage. What a great night of music this will be!”

REO Speedwagon’s Kevin Cronin said, “Tommy (Shaw) and I have done a number of Zoom performances together during the pandemic, and REO and Styx are ready to go get UnZoomed, and out on the road for our fifth U.S. tour together. Add our great friends Mike Reno and the Loverboy guys, and I am totally psyched. If I wasn’t performing in it, I would totally come out to see this show. See you all, LIVE and UNZOOMED!”

Loverboy’s Mike Reno proclaimed, “We can’t wait to take the stage and rock this summer, it’s gonna be awesome. These are all the groups I grew up with, and I’m there too. Best tour of the summer…guaranteed.”

A new era of hope, survival, and prosperity comes calling with the release of CRASH OF THE CROWN, Styx’s new “masterpiece” studio album, which was written pre-pandemic and recorded during the trying times of the pandemic. The multi-Platinum rockers--James “JY” Young (lead vocals, guitars), Tommy Shaw (lead vocals, guitars), Chuck Panozzo (bass, vocals), Todd Sucherman (drums, percussion), Lawrence Gowan (lead vocals, keyboards) and Ricky Phillips (bass, guitar, vocals)--released their 17th album June 18, 2021 on the band’s label, Alpha Dog 2T/UMe, which is available as clear vinyl, black vinyl, CD on digital platforms. They released more new music on September 17, 2021, THE SAME STARDUST EP, originally sold as part of Record Store Day (June 12, 2021). Available on blue 180-gram 12-inch vinyl only, featuring two brand-new songs on side one (“The Same Stardust” and “Age of Entropia”), as well as five live performances on side two of some of Styx’s classic hits previously heard during their “Styx Fix” livestreams that have been keeping fans company during the pandemic on their official YouTube page, including “Mr. Roboto,” “Man In The Wilderness,” “Miss America,” “Radio Silence,” and “Renegade.” It’s available worldwide on all digital platforms. 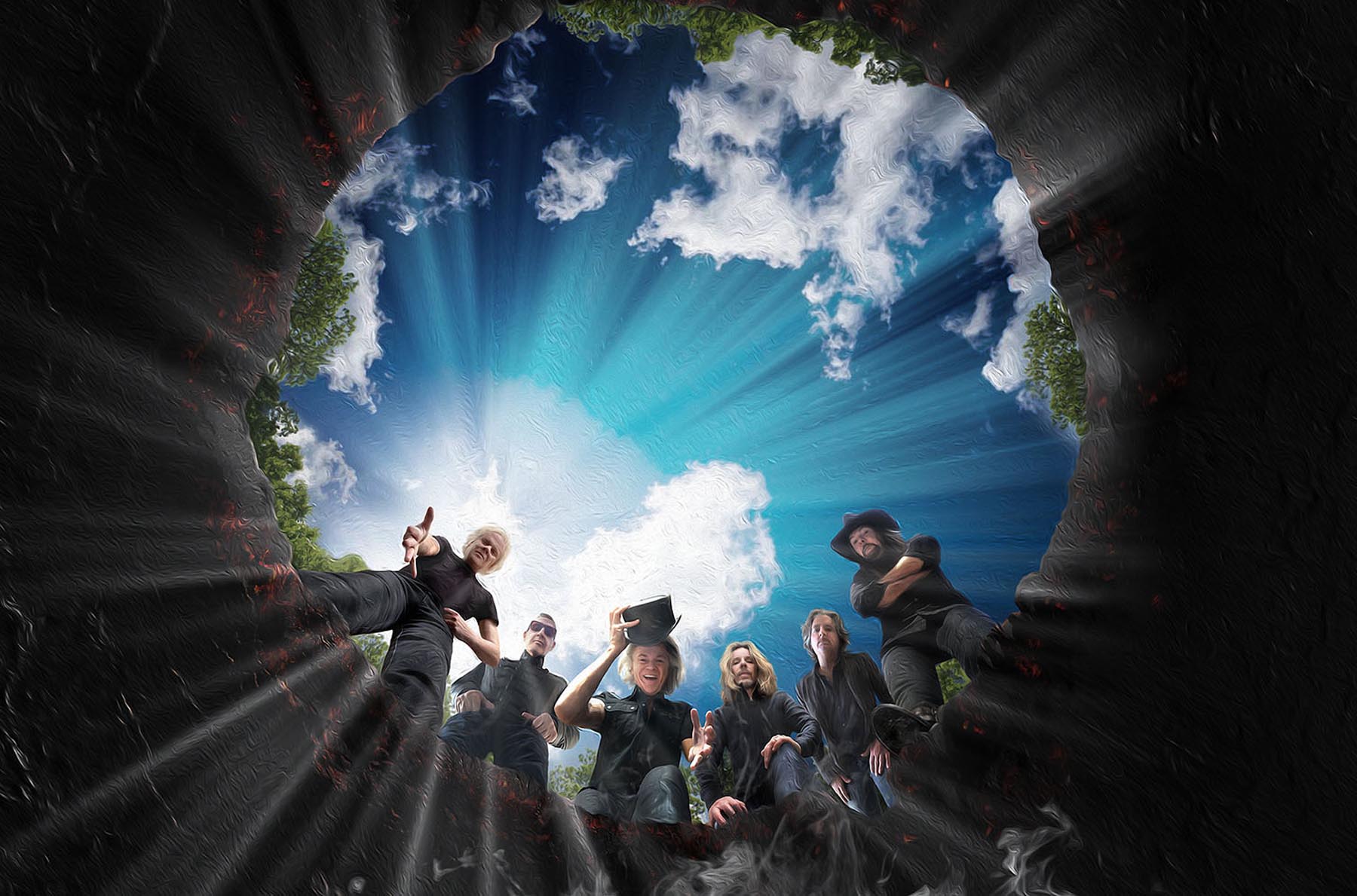 Formed in 1967, signed in 1971, and fronted by iconic vocalist Kevin Cronin since 1972, REO Speedwagon’s unrelenting drive, as well as non-stop touring and recording jump-started the burgeoning rock movement in the Midwest. Platinum albums and radio staples soon followed, setting the stage for the release of the band’s explosive HI INFIDELITY in 1980, which contained the massive hit singles “Keep On Loving You” and “Take It On the Run.” That landmark album spent 15 weeks in the No. 1 slot and has since earned the RIAA’s coveted 10X Diamond Award for surpassing sales of 10 million units in the United States.

From 1977 to 1989, REO Speedwagon released nine consecutive albums all certified Platinum or higher. Today, REO Speedwagon has sold more than 40 million albums around the globe, and Cronin and bandmates Bruce Hall (bass), Neal Doughty (keyboards), Dave Amato (guitar), and Bryan Hitt (drums) are still electrifying audiences worldwide in concert with hits and fan-favorites such as “Ridin’ The Storm Out,” “Can’t Fight This Feeling,” “Time For Me To Fly,” “Roll With The Changes,” “Keep On Loving You,” “Take It On the Run,” and many, many more. 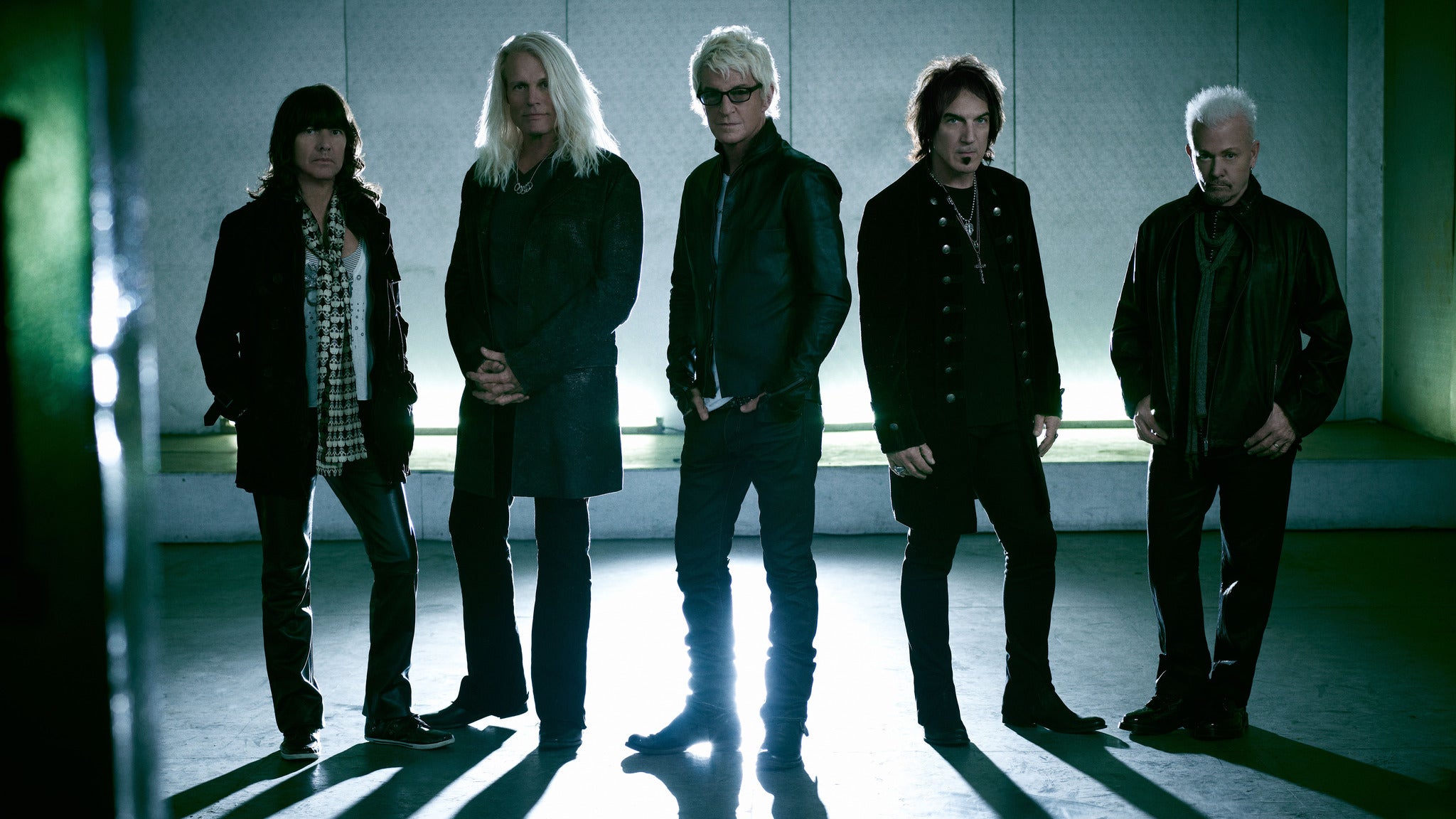 REO Speedwagon remained busy throughout the pandemic before the band was able to return to the road. Beginning in April 2020, Cronin began a series of webisodes from his home titled “Songs & Stories From Camp Cronin.” Consisting of anecdotes and acoustic performances from him and his family, the series posted 24 episodes. Cronin and members of REO gave back over the past 16 months by participating in charity events for St. Jude Children’s Hospital, Marilou & Mark Hamill’s USC McMorrow Neighborhood Academic Initiative, John Oates’ “Oates Song Fest,” “Stars to the Rescue,” Acoustic-4-A-Cure, and more. Additionally, while Cronin began keeping a journal of the band’s 2016 UK tour, he never stopped writing and recently submitted what turned out to be his life story, as well as his telling of REO Speedwagon’s history. He says, “Putting out an autobiography is risky. Once it’s out there’s nowhere to hide!” More information on his autobiography will be released shortly.

For more than 40 years, Loverboy has been “Working for the Weekend” (and on the weekend), delighting audiences around the world since forming in 1979, when vocalist Mike Reno was introduced to guitar hot shot Paul Dean – both veterans of several bands on the Canadian scene – at Calgary’s Refinery Night Club.  Along with Reno and Dean, Loverboy still includes original members Doug Johnson on keyboards and Matt Frenette on drums, with Ken “Spider” Sinnaeve replacing the late Scott Smith on bass.

With their trademark red leather pants, bandannas, big rock sound and high-energy live shows, Loverboy has sold more than 10 million albums, earning four multi-platinum plaques, including the four-million-selling GET LUCKY, and a trio of double-Platinum releases in their self-titled 1980 debut, 1983’s KEEP IT UP and 1985’s LOVIN’ EVERY MINUTE OF IT. Their string of hits includes, in addition to the anthem “Working for the Weekend,” such arena rock staples as “Lovin’ Every Minute of It,” “This Could Be the Night,” “Hot Girls in Love,” “The Kid is Hot Tonite,” “Notorious”, “Turn Me Loose,” “When It’s Over,” “Heaven In Your Eyes” and “Queen of the Broken Hearts.” In March 2009, the group was inducted into the Canadian Music Hall of Fame at the Juno Awards show in Vancouver. 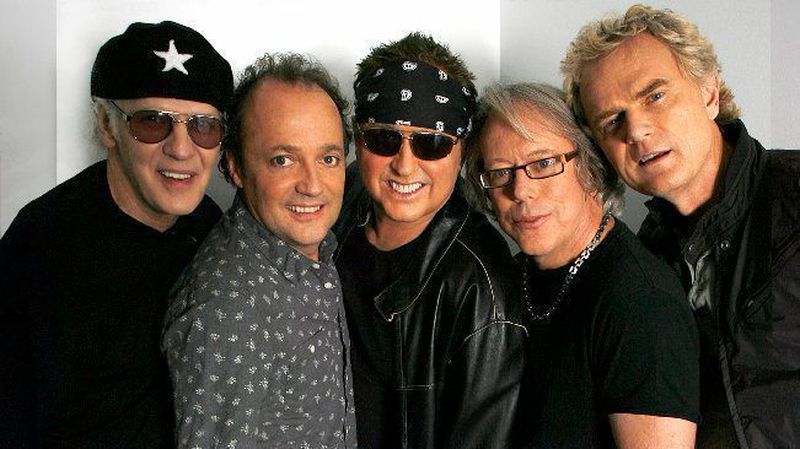 Check out “Live & UnZoomed” at any of the following stops. 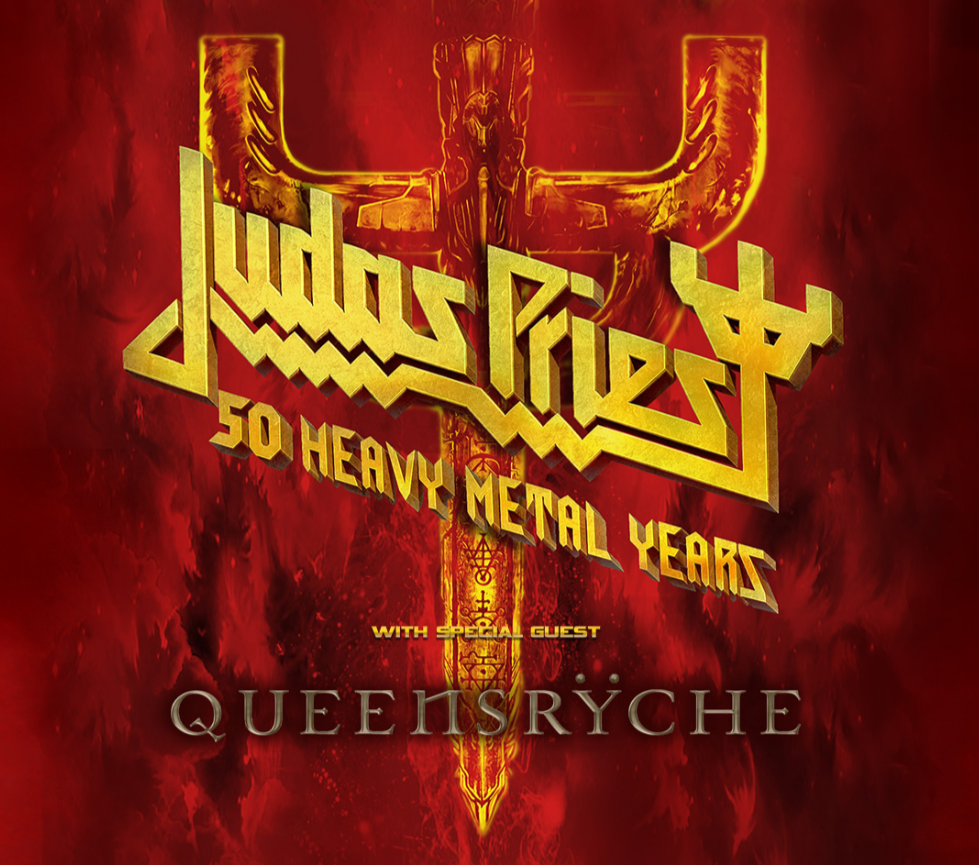 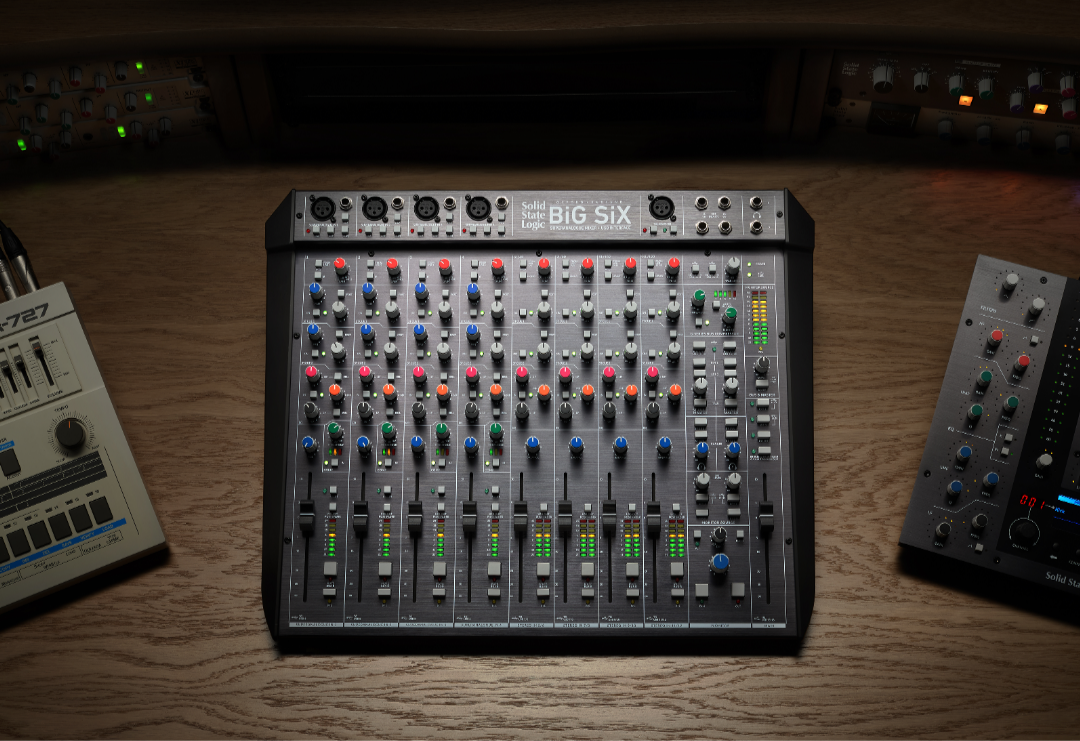