If you are trying to reduce your set-up time at shows, or the number of components in your live rig, but still want the ability to have a vast number of quality digital effects and pre-amp settings under MIDI control, you’ll want to consider the GT-Pro in your equipment search.

By the same token, if you are looking for a studio-grade component perfect for use as a guitar sound module, the USB and digital coaxial outputs make this unit right at home in your recording environment.

Thanks to quick patch changes with no dropouts between them, the GT-Pro is great in a live situation. As with other high-end processors, the GT-Pro offers fully programmable effects chain order, intelligent pitch shifting, flexible MIDI configuration, and amp-channel switching capability. Its modeling heritage adds cabinet simulation and mic placement modeling to the mix.

The GT-Pro certainly isn’t for everyone. My band’s other guitar player, Matty, is a K.I.S.S. type of guy. No, he’s not a Paul Stanley fan. What I mean is that he likes to keep things simple. He goes from his guitar to his flanger to his Mesa/Boogie Dual Rectifier head to his 4 x12 cabinet. He knows his amp well and knows how to get the sounds he needs. If you’re more like Matty, the GT-Pro will probably be a lot more technology than you need.

There are guitar inputs on both the front and the back panel (which default to the front input when something is plugged into the front panel). This is useful for a number of reasons:

The Pre-Loop is a mono loop that is hard wired to the front of the signal path, useful if you would prefer to generate some of your guitar tones from an external pre-amp. This may seem unusual compared to putting the GT-Pro in the effects loop of your pre-amp, but this setup enables you to have some sounds that feature your pre-amp’s tone, and others that only rely on modeling.

The Direct/Tuner Out jack receives a totally dry signal directly from the input jack, useful if you want to use an external tuner, or for recording a dry signal. Although there is a tuner built-in (in the software editor, it looks almost exactly like a BOSS TU-12), it’s hard to argue with the across-the-stage viewability of certain pro rack-mounted tuners while using the GT-Pro in a live situation, so this inclusion is a welcomed feature.

Two control jacks are used to connect to external amps for analog relay switching of channels. While useful, each jack can only switch between two channels, so if you hope to switch sounds in a three-channel amp, you may find this feature limiting. Additionally, while the MIDI capabilities of the GT Pro are excellent, the absence of phantom power will be a disappointment to some players.

As rack-mounted signal processors go, BOSS couldn’t have made the GT-Pro any easier to use.

The rear panel of the GT-Pro provides numerous connectivity options for integrating it into a live rig or your studio. We liked that the GT-Pro provides separate XLR outputs (fixed at +4 dBu) for your live sound engineer while a separate set of traditional outputs (selectable levels) connect to your power amp.

A handy peak LED on the display works in conjunction with the front-panel input level knob to help maintain proper signal levels when using multiple guitars with different output levels such as a single-coil Strat or a humbucker-loaded Les Paul.

The COSM Amp section provides direct and instant access to all the parameters in the amp model, and knobs are provided for your typical guitar amp controls such as EQ and Gain.

The GT-Pro includes a large “Patch/Value” dial that was very useful during editing of our sounds and effects from the front panel. It functions in a similar manner to BOSS/Roland Recording units such as the BR-8. It also provided instant access to effects patches, and there were no audible dropouts when scrolling through sounds.

In the system and effects section of the GT-Pro, bright blue LEDs enabled us to instantly see which effects were On or Off (as well as change their On/Off status).

A Patch Level knob enabled us to instantly adjust the volume of individual patches without having to dive into menus of programming options – a nice touch.

Editing effects is as simple as pressing the individual effect’s button to enter its edit mode, and if editing from the front panel weren’t easy enough, wait until you connect the GT-Pro to your computer!

Setting up MIDI control of the GT-Pro requires a bit more technical knowledge, but as with the other features in this unit, BOSS did a very thorough job with the implementation.

If you are planning to use the GT-Pro with a MIDI foot controller, we’d recommend the Roland FC-200 for simplest connectivity without any special programming efforts – the GT-Pro includes default settings for this unit. For those of you planning to use other controllers, the GT-Pro is even “am-binary-dexterous,” having a setting that enables you to decide whether the banks of patches start at 0 or 1 without having to manually re-map all of your MIDI program changes.

The GT-Pro includes software for editing patches/effects and archiving your sounds. Installation was straightforward on our Power Macintosh G5 running OS X, but we first had to download a software update from BossUs.com for the OS X 10.4 driver (which may be included with new GT-Pros by the time you read this review). The editor software has one of the best user interfaces around and is extremely user-friendly to operate. Click a pedal to turn it On or Off. Want to change the order of your effects routing? We were able to drag pedals across the bottom of the editor window to re-arrange effects order on-the-fly!

While the pedals have knobs for adjusting their primary settings, they also contain a Detail button that brings up a graphical window displaying additional tweakable features of the effect. Look at it like this: The GT-Pro has just about every BOSS stomp-box on the market built-in, with more editable details than the physical stomp boxes.

When you’re ready to build your dream pedal board setup, the software has preset “starting-points” such as EZClean, EZCrunch, etc. containing a few standard effects in a traditional signal-routing arrangement, but we found it easy enough to start from a blank canvas and build sound effects to suit our tastes.

Since this area is highly subjective, I’ll try not to be too biased (a little tube humor). Before discussing the COSM pre-amp modeling section of the GT-Pro, we should point out that in addition to being fully configurable, the amp modeling section is also defeatable so that you can use the GT-Pro strictly as an effects processor.

If you’re a tube fanatic (like us) you know that there is no substitute for a good old-fashioned 12AX7. However, modeling algorithms are getting closer and closer to reality with every new generation of products, and the GT-Pro certainly earns a “close” distinction.

You can achieve some fantastic tube tones from the GT-Pro by simply adding real tube technology somewhere along the signal path. The most logical choice in a live rig is to pair the GT-Pro with an all-tube power amplifier. We ran the GT-Pro through a Mesa/Boogie Rectifier 2:One Hundred power amp. Thanks to eight 6L6GC power tubes and three 12AX7s, the sound we heard from the GT-Pro running through the 2:One Hundred amp sounded every bit as good as a traditional all-tube amplifier design.

The COSM models themselves are outstanding. There are 46 different amp models including emulations of amps from VOX, Matchless, Peavey 5150, Marshall, Mesa/Boogie, Roland JC120, even a Hughes & Kettner Triamp and a Soldano SLO-100. As far as accuracy goes, they pretty much nailed the majority.

Boss didn’t quite get the Mesa/Boogie Dual Rectifier right in high gain settings but came close. We would have liked additional Randall high-gain type models in here, and maybe even a Carvin Legacy. Overall, our top three favorite models in the GT-Pro were the Soldano, Marshall 1959, and the “almost got it” rectifier.

The speaker simulator worked convincingly in our recording tests. We were able to select from a choice of speakers, four microphones (plus a “flat” mic setting), and mic position to create great guitar tones. The GT-Pro also enabled us to create two custom speakers.

The effects themselves are of standard BOSS quality, which to us means excellent. The intelligent pitch-shifter is a very good one, to the point that you can even program an “auto-riff” pattern that is played once for every note you play, or can be set to repeat as long as the note sustains. The pitch-shifter, when placed early in the effects chain, had very little trouble tracking through high-gain and fast legato and/or picking type riffs.

The Humanizer was one of our favorite special effects. It gives the signal a human vowel sound. It’s almost like a sweep filter that can be controlled dynamically, by tempo, or by a random number generator that shifts abruptly between five pre-set frequency shapes instead of analog wave types of patterns.

We were disappointed in the sound quality of the Phaser effect, which had a very papery sound to it when the wave passed through the mid-high frequencies. It’s just not as colorful as we prefer phasers to sound, and our volume seemed to decrease as the phaser swept through the lower frequencies.

The GT-Pro user guide did a good job of explaining how to take advantage of its numerous features. A patch list was also provided, something we found useful when exploring the capabilities of the GT-Pro.

There were a few areas that could have been explained more clearly (or in more depth) such as the GT-Pro-to-PC via USB section. It took some effort to figure out how to use the GT-Pro and a USB cable as a recording interface to software like Cakewalk or ProTools, and in the end, we found it easier to record via the GT-Pro’s digital output.

The GT-Pro (List $999) typically sells for around $850. Compared with other effects processors with similar levels of overall sound quality and features, we feel that this unit provides a solid value at a lower price.

The Dynamic feature can also be used to bring effects in and out of your patches as well. Say you want a clean sound that’s tight while you are picking but has more body when you open up and strum: the dynamic setting can bring in a little gain, or some delay and reverb. The effect transitions were seamless, cross-fading into each other as needed.

If you’re thinking of investing in this unit, consider this: while some players prefer to spread out their rack rig, some prefer a more compact package. The bad thing about having your pre-amp, effects processor, tuner, volume pedal and MIDI control all tied into one rack unit is that if it goes down, there goes your pre-amp AND your effects AND your MIDI control, etc. But, the good thing about it is that your setup time and footprint on stage are greatly reduced. 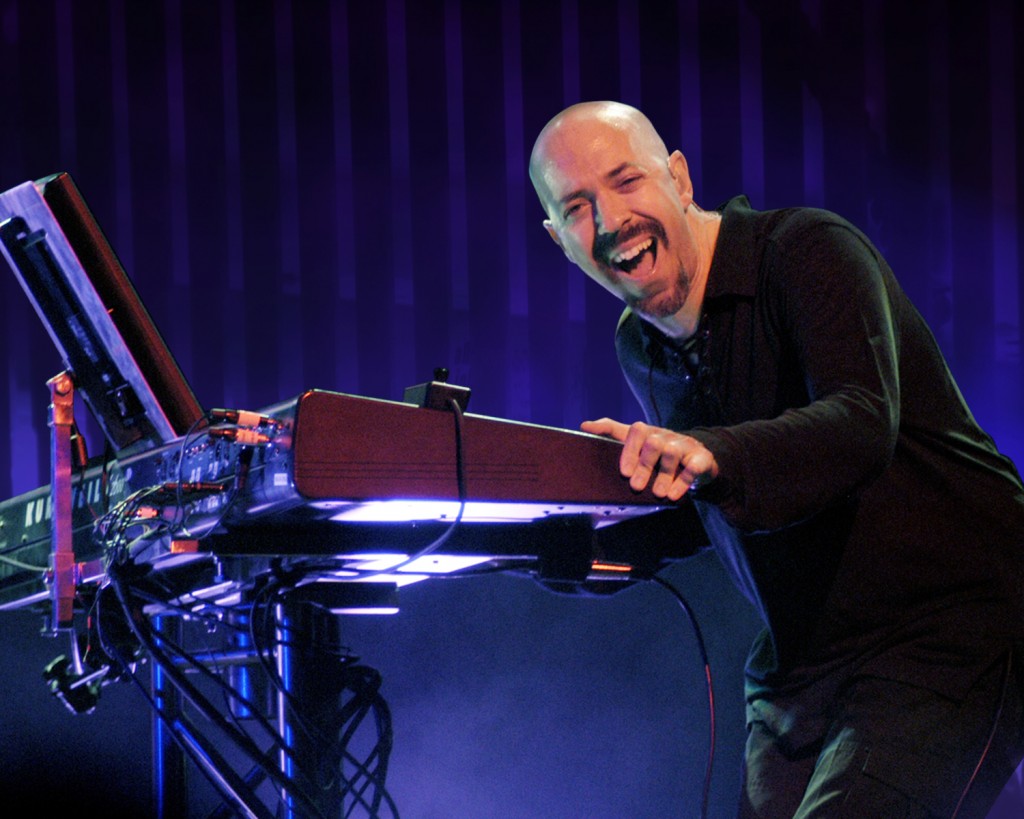 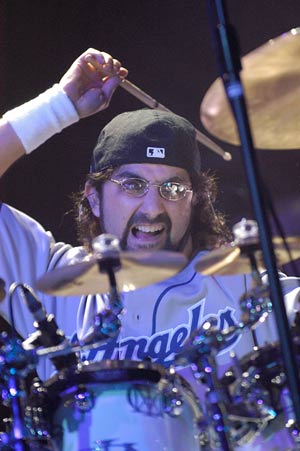