A keyboard that sings? Well, not exactly, but almost. Roland’s new VP-550 Vocal Designer Keyboard is an intriguing entry into the pro-level keyboard world that focuses on one thing: the human voice. And not just any human voice. Your voice.

The VP-550 has several ways of “playing” vocals, ranging from built-in preset voices to harmonizing with a microphone/line input to vocoding. How well does the VP-550 perform? Very well, actually, though one may need to do a little tweaking to get the best sounds possible.

If you pay attention to playing proper voice orchestrations on the keyboard and provide a consistent input level, the VP-550 delivers some pretty convincing voices that sit well in a live mix. Further, one of the non-processed preset sounds (Jazz Scat) is outstanding for jazz and doo-wop applications. However, like any vocal processor, if you’re not careful, overly artificial sounds may result. Of course, pop music hitmakers often times deliberately seek artificial vocal effects – we all heard what purposely-abused pitch correcting algorithms did to Cher’s voice a few years ago (and countless subsequent imitators).

At the very least, it is hard not to walk away from the VP-550 with a smile on your face. As our Editor in Chief, Scott Kahn, mentioned in his column, the VP-550 really is that much fun to play, and we couldn’t agree more.

The 128-voice VP-550 has a 49-key unweighted keyboard with velocity sensitivity (but no aftertouch). The front panel is very easy to navigate; there are just a few sliders and buttons controlling the three methods for producing sound. The first set of buttons, on the left side, corresponds to the bottom seventeen keys, which are labeled Bass and Percussion. This, of course, is vocal bass and percussion, and is independent from the Vocal Designer section (the vocal processing section, which we will explore shortly). Think of this section as human beat box sounds, such as Wes Carroll from the San Francisco-based pro a cappella group, The Housejacks. Note that this section, when activated, cannot be changed or extended beyond the seventeen keys allocated.

The Enemble section, controlled by the buttons on the right side of the front panel, controls the playing of stand-alone keyboard sounds that don’t require the input of your voice. There are six tones: two strings, two choirs, a humming choir, and jazz scat (one of our personal favorites). There is also a slider that allows you to mix the Ensemble sounds with the Vocal Designer sounds.

The Vocal Designer section, with controls dead center on the front panel, is the real claim to fame of this keyboard. The keyboard accepts both XLR and ¼ inch inputs (though no phantom power), and after adjusting your input level (there is a traffic-light style three-step LED meter), all one needs to do is sing into the mic, play some keys, and violà! Instant harmony. Every note you play will match the expression and intonation of the original raw vocal, appropriately pitched to what your hands are playing.

Don’t worry if you’re a horrible vocalist. In the studio environment, you can route vocal audio tracks (from your group’s more-accomplished singers) to the ¼ inch inputs, play harmony parts on the keyboard, and then record the vocal harmonies from the VP-550 back into your recording session.

The Vocal Designer selectable models include classic, male and female, gospel, pop, and two vocoders. One can even choose an external sound to be the carrier or modulator of the vocoder signal path.

There are a few ways to further tweak the sound. The Direct slider lets you control the mix of raw, unprocessed vocal to the keyboard’s output, which allows one to sing, for example, a lead vocal with softer background harmonies that will all be output through the keyboard. A Voice Expression button in the Ensemble section allows you to mix the built-in tones (i.e., strings) with your voice, and an Ambience section allows you to add three types of reverb and adjust the depth of each. Roland has even included their popular D-Beam, an infrared controller that is manipulated by hand motion. It can be used to control pitch, filter, or expression.

Finally, there are four Registration buttons. These are essentially memory locations to store your favorite combinations of sounds.

The VP-550 is an extremely easy keyboard to use. The buttons and sliders are all easy to read and well placed. The keyboard was designed to focus on one specific application, and Roland wisely chose to make it easy to accomplish this task.

Of course, some may argue the simplicity come at a cost: the pitch bend range is fixed, MIDI Send and Receive channels are fixed, there is no aftertouch on the keyboard, and no direct USB connection (though there are MIDI ports). However, if one wants more programming flexibility, you could use the more expensive Roland V-Synth XT, which includes internally the Vocal Designer VC-2 card from which the VP-550 is based.

While easy to use, there are a few things to keep in mind to achieve the most realistic sounds. With any signal processor, the incoming signal needs to be optimized at the right level to get the best processed result. The VP-550 is no different. We found the best (i.e., fullest, most expressive) sound when the LED meter registered in the middle (yellow). As there are only three LEDs in the level meter, we found it challenging to consistently keep the input level at optimum range. In the studio, placing a compressor in-line before the microphone would be helpful, but in a live setting, a few more meter lights would have been helpful.

Outside of this, there is little guesswork to the basic functions. Plug in a mic, choose your vocal processor, choose (or don’t) additional ensemble sounds, and sing away!

So how does the darn thing sound? Impressive, in most cases.

We first tried the keyboard by itself – just pressing buttons and singing. All of the vocal processor sounds were high quality, and the ensemble sounds were respectable as well. We particularly liked the ensemble sound “Jazz Scat.” Besides the obvious jazz applications (including downward slides when the key velocity is higher), this sounded great for contemporary pop or doo-wop uses too.

We tried an old college a cappella arrangement of ours for “Is She Really Going Out With Him?” by Joe Jackson, and recorded it into Digidesign Pro Tools. We were impressed by not only the ensemble scat sounds, but by the seamless integration of the full vocal processing effect once we started singing full voice with the chorus. We tended to like the Pop and Classic settings best. One can definitely hear a Queen or Journey vibe with the thick, lush harmonies.

To hear how the sounds sat in a mix, we cued up an old guitar-driven pop song of ours in Pro Tools. We were a little skeptical.... [Editor’s Note: Jason is extremely picky about vocals, having performed in and directed a cappella groups at the university level, hence he was just the right guy for this product review.] The human voice is one of the most delicate, expressive, and difficult-to-imitate instruments known to man, and in many cases, vocal processing renders very unnatural, metallic sounding results. While at times the VP-550 was guilty of this, it did create very musically-usable (and at times spectacular) results.

While all by itself, the keyboard will not likely sound like a natural set of voices (it will sound processed), in a pop/rock mix with big distorted guitars, you might just pull it off! This (of course) will depend, in part, on how you chose your voicings. Playing well-constructed vocal lines on the keyboard will lead to more natural sounding vocal processing (i.e., attention to parallel fourths, fifths and eighths, using pleasing-sounding thirds and fifths). Nailing the right vocal input level is also critical. While it may seem like a minor detail, being in that “yellow light” level on the meter made a big difference in rounding out the sound.

Just to touch upon, the vocoders were of good quality, and we personally liked the grittier sound of the first vocoder over the smoother sound of the second. All we needed were two turntables and a microphone…

Neither of these MP3 samples were edited or post-processed in any way. They are (purposely) rough takes to illustrate what you can achieve with great simplicity.

Jason's a capella rendition of the classic Joe Jackson song, “Is She Really Going Out With Him,” was recorded on only two tracks. The first track contained all of the background vocals recorded in a single take (Jason has performed this song many times over the years). The verses utilize the “Jazz Scat” preset sound without any vocal processing, and the chorus backgrounds feature full vocal processing using the “Classic” processing algorithm. The lead vocal was placed on top of the background on a second track. The reverb on the lead vocal is supplied by the VP-550.

Our second vocal sample is a brief snippet of Queen’s “Bohemian Rhapsody” that further illustrates some of the fun you can have with the VP-550.

Roland did a good job explaining the VP-550 features and how they work. This was a well-written, to-the-point manual that will enable anyone to get up and running quickly. While it really is an easy-to-use keyboard, the manual even includes diagrams detailing just about every feature to get you up and running.

The VP-550 (MSRP $1,499.00) sells for just under $1,300 and is priced reasonably. There aren’t many all-in-one designs like the VP-550 available – its predecessor, the VP-330 was last sold circa 1980 – but this keyboard is certainly a less expensive option than Roland’s full-blown V-Synth XT which sports similar technology with more editing features. 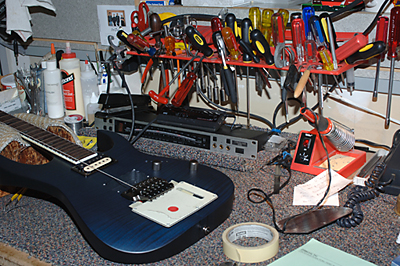 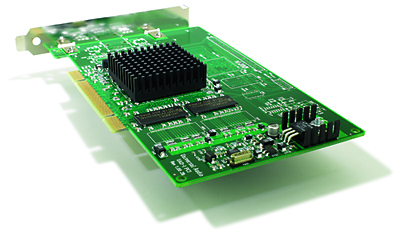