There is no shortage of options when it comes to the oversaturated distortion/overdrive pedal market. From expensive boutique pedals to more economical ones, you have a ton of options. Walking through The NAMM Show and looking at all the pedal options will likely leave you with intractable seizures and brain numbness (and thus we don’t bother covering much of the pedal stuff other than things that really stand out). And understanding how different resistors and all the varying internal designs affect tone can be overwhelming. In the end, we just want the pedal to deliver whatever tone is stuck in our head on any given day.

Fender has expanded their line of ruggedly built pedals considerably over the past two years. New to their line of tube-based pedals, the MTG: LA Tube Distortion joins their two other tube-based pedals (see our review of the Tube Tremolo). And while overdrive pedals may seem to be a dime a dozen, this particular pedal was designed in collaboration with famed amp builder, Bruce Egnater (If you don’t know who Bruce Egnater is, visit the Egnater Amps website and read up).

Fender is not playing the compact mini-pedal market here. This is a high-gain tube distortion pedal inspired by the late ’80s sounds of the Sunset Strip. The MTG: LA uses a real NOS 6205 preamp tube running at 55 plate volts for authentic tube tone and features an all-original, analog circuit designed by Fender.

We weren’t quite sure what to expect at first. It became clear, however, that the late ‘80s sound of the Sunset Strip description is meant to conjure up thoughts of Guns n’ Roses among countless others. This is one robust pedal! If all you crave is a clean boost pedal, this isn’t the right choice (although it does have a boost circuit in addition to high-gain circuit). But if you’ve got an appetite for new overdriven guitar tones, the Fender MTG: LA Tube Distortion pedal just may take you all the way to Paradise City.

There is a switch on the back of the pedal to turn the blue LED lights on the knobs on and off if you so desire (a very nice detail). The unit is powered via a 260mA 9V, center-negative, plug located on the back of the unit. There is no battery option as this pedal drives the preamp tube at levels no battery could address. On a power supply like the Voodoo Power Plus 2, you will want to make sure it’s plugged into a 250mA output. Internally, a switch-mode power supply converts the incoming 9 volts to 55 volts and applies that higher voltage to the tube’s plate—just like an amplifier.

The side-mounted input jack features a high-impedance input suitable for electric guitar, bass, acoustic guitars with pickup systems, keyboards, and other instruments. The output jack (on the opposite side) features a low-impedance output that connects to an amp or to the next effect pedal in the signal chain. Another nice detail: The input/output jacks are purposely misaligned to make the most of space on a tight pedalboard.

This is by no means a compact pedal with a width of 3.75” — it’s more like a pedal and a half width-wise.

Like most distortion/overdrive pedals the basic EQ features were straightforward, although we found it was very bass heavy and we had to roll off most of the bass EQ for many of the styles we were playing. Above 3:00, the bass was overwhelming for guitar.  Between 9:00 and 3:00 the bass tone did not change much. Below 9:00 really rolled-off the bass and cleaned up the tone, again depending on what we were looking for. Tone and Tightness were more subtle in their effect on tone but helped clean things up and make the sound less muddy when needed.

A few things to keep in mind. As we discovered in our review of the Fender MTG Tube Tremolo, it was very difficult to read the labels for each knob when standing up. Having white print on a metallic light orange casing looks cool but makes it hard to read in dim lighting or with light reflecting off the casing. You would want to get very familiar with the pedal before playing it live under stage lighting.

While basic operation is extremely straightforward, this is not a two-in-one pedal. the boost feature does not work separately from the distortion part of the pedal, but rather exists specifically to boost it. It’s a nice feature for when you solo, but if you’re sticking this on a large pedalboard with a looper/switching system in front, you’ll need to place this pedal somewhere with easy reach by foot in order to utilize the boost feature.

Fender has some great demo videos on their website and we were happy to hear one of our favorite guitarists, Josh Smith, demo the MTG: LA pedal:

This demo really ran through every aspect of the pedal well and there were no surprises on our end with testing it. He played a HSS Strat through a Fender ‘68 Custom Deluxe Reverb amp on the demo, so he was able to cover single coil and humbucker tones.

After watching the demo it was clear that this pedal is meant to provide a thicker tube-like distortion and may not be the first choice for a cleaner higher-gain tone. But we were interested in whether it would work with different styles of music and how well it cleaned up, plus we needed to explore its transparency and sustain. This pedal worked well in all areas.

This pedal covered a lot of ground from a light boost to crunch and overdrive and we were most impressed by the sustain. It rang and rang and rang at higher gain settings. But equally we were impressed with the transparency of the pedal at lower gain, and we still got nice, glassy, underlying tones with our single-coil guitars. With humbucker guitars we were able to get nice crunchy blues. And when we jacked the gain, it was high school all over again, driving down the road late at night with windows rolled down. Of course if you want some Slash-like GNR tones, you need sustain—and there was plenty of that with the gain turned up. Remember “Sweet Child O’ Mine?”  Well that’s some classic Marshall sustain, and that’s just what this pedal delivered.

We tested the pedal through the clean channel of a Blackstar Studio 20, then hand-wired Fender Champ- and Fender Deluxe-style amps, and a Benson Nathan Jr.  The pedal at low gain settings drove the clean Blackstar channel nicely, thickening up the tone and adding a little crunch, while responding nicely to rolling down the volume on the guitar and cleaning it up a bit. The boost switch was perfect for solos or simply to drive the sound guy mad halfway through a live show. We can’t wait to mess with him as soon as the opportunity presents itself again.

The MTG: LA sounded great in front of a tube amp to drive it into clipping a little bit earlier, and also to achieve nice little crunch and bluesier tones.  All out with a tube amp almost encroached on fuzz tone territory. It was so thick that it was almost too much.  But even with the heat, two things also stood out: the transparency and depth of the tone.  The Tone and Tight were overall subtle but worked well with the treble and bass EQ to get the guitar to cut through different mixes. Tone is next to Treble and Tight is next to Bass. This helps guide you what to adjust for the effect you are looking for. With a brighter amp, rolling down the Tone control helped tame the higher frequencies.  Once you have the bass EQ where you want you can then adjust the Tight control to define how much definition you want in the low end. Both of these are best adjusted with the whole band playing. What you think is too harsh of high end may be what's needed in the full band mix for the guitar to cut through.

For an additional demo of the pedal, listen to Ross Campbell play the guitar in a full band mix and then demo all the nuances on a Strat as well as a humbucker-equipped D’Angelico guitarIt's hard to top his demos and tasty playing.

The pedal includes a printed manual. It has Fender’s standard parts and accessories 1-year limited warranty.

The Fender MTG:LA Tube Distortion sells for $199. This is in the boutique range of prices for distortion pedals but has the added feature of a boost circuit and wide EQ options that really helps you tailor it to your instrument and amp/output and playing setting. Like the myriad other distortion/overdrive pedals, you need to decide for yourself if it delivers the tone for you. We can at least assure you that it delivers very good tone worthy of your consideration. 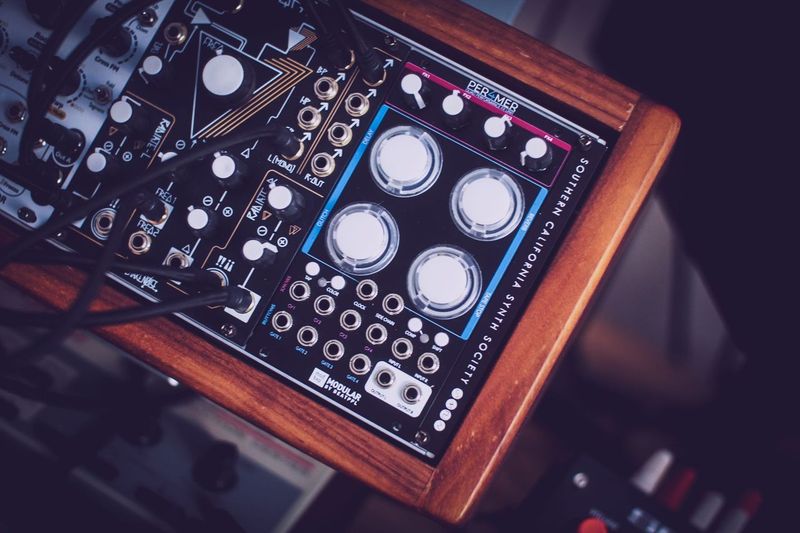 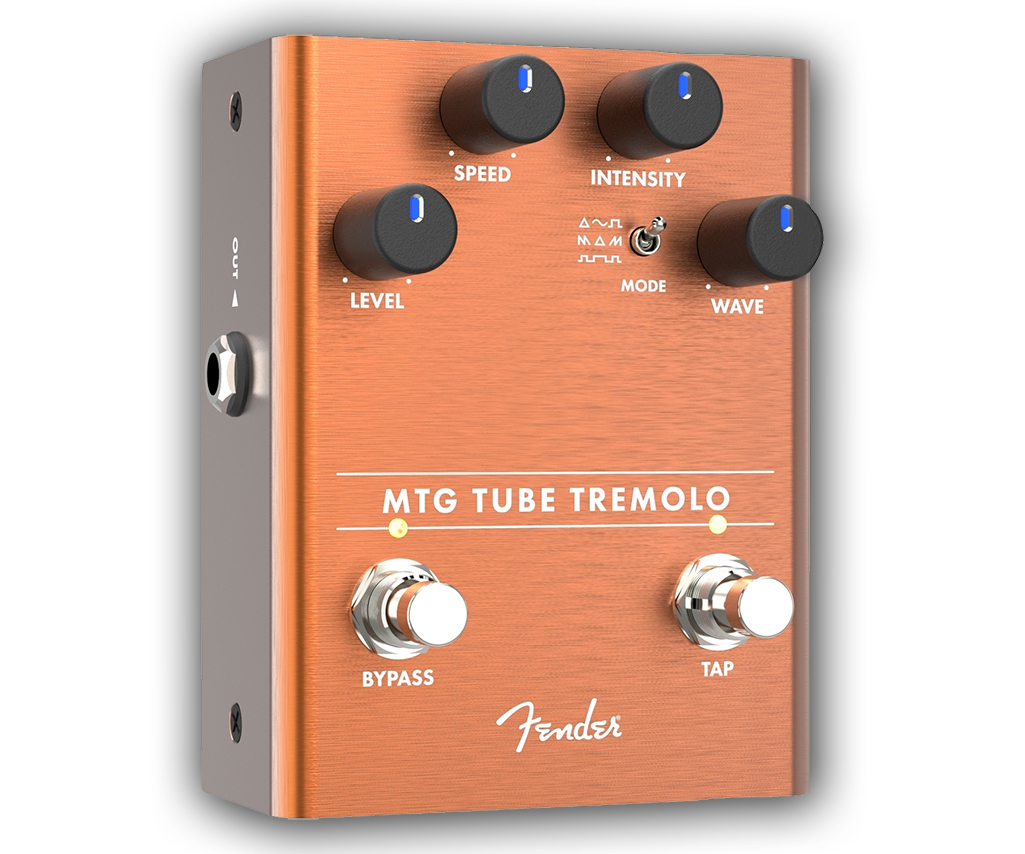