When we took on the task of scrutinizing the full line of Nomad Factory plug-ins, we were eager to get our hands dirty. With so many studio tools available we felt like kids in a candy store, but there was one set of plug-ins that kept catching our eyes (and ears) — the Retrology - Motown EQ package.

When we installed the plug-ins on our ProTools 8.0 LE system we were instantly impressed with the look, feel and sound of these EQs. This pair of plug-ins would be helpful to any engineer looking to expand their arsenal of useful EQs, and thanks to a free ten-day trial download from www.NomadFactory.com, you can find out for yourself. We found numerous applications for these EQs on everything from instruments to vocals.

The Nomad Factory Retrology - Motown EQ package includes two retro EQs: the Retro Film-Tone and the Retro Music-Tone. Each plug-in sports a seven-band equalizer with preset frequencies and proportional Q ratios. Depending on how great of a boost/cut you need, a greater boost/cut translates into a narrower Q.

Despite the impression from their names, both plug-ins work great with music applications, and from what we could tell the two EQs are differentiated only by their frequency bands. The Film-Tone has frequencies 80, 200, 500, 1250, 3200, 8000, and 16,000Hz while the Music-Tone addresses frequencies 50, 130, 320, 800, 2000, 5000, and 12,500Hz. You can use both of them in conjunction on a given track, effectively creating a 14-band. They are each packaged behind a very cool interface which is as pleasing visually as the EQs are pleasing sonically.

An iLok (not included) is required to use these plug-ins.

We found these EQs to be extremely user-friendly and quite helpful in expanding our approach to EQing recorded music. Both EQs come loaded up with presets that are well categorized, making it very easy to find a starting point for your audio (great if you haven’t mixed many sessions with a vintage vibe).

With the resurrection of the Motown sound in modern music through artists like Amy Winehouse and Raphael Saadiq we wanted to try to use these for what they are intended — put a little old-school feeling into our mixes. But where do we start? We weren’t even born when Motown was thriving! Working mostly with hip-hop, rock, pop and generally modern music, we needed a little help deciding how they would have EQ’ed the instruments back in the day.

The presets had some very cool starting points and gave us some good mixing ideas. The seven big knobs in the vintage-styled interface were very simple to work with. Every control on the face of the EQ was easily automated within ProTools, which further helped make operation a breeze.

Considering how useful these EQs are as a pair, we would love to see them incorporated into a single plug-in, perhaps one that gives you a user-selectable choice of each seven-band EQ, plus a third setting to use a “super” fourteen-band EQ.

The sonic qualities of the plug-ins were top notch, but they especially shined in the higher frequencies. This was very apparent when working with drums. When we applied the Retrology Music-Tone to our overheads we heard a new life and brightness from cymbals that were previously flat and dull simply by running through the preset options. With a few final adjustments and the addition of the Retrology Film-Tone's overlapping frequency bands to hone in on exactly what we wanted, we had a beautiful marriage of modern recording and classic sound.

This was also the case with vocals and guitars that we ran through the plug-ins. Equally, the low end had some shining moments. To test this we ran our bass through the EQs. Despite being recorded with a flat EQ the introduction of these plug-ins gave us a thick, thumping low end. With a little low end removed and a boost to the low-mids, we again found ourselves with an authentic, retro-sounding instrument.

There was no documentation supplied with these plug-ins, but technical support is provided via the Namd Factory website.

These plug-ins can be downloaded directly from www.NomadFactory.com and installed pretty easily. We found the $149 price tag to be very reasonable, and as with most of the Nomad Factory products, it can be purchased as part of several bundles (which saves a ton more overall). 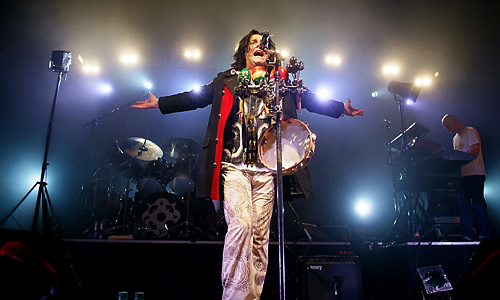 Steve Hogarth: This Interview Is My Life

Josh Gannet, Recording Writer, is the chief engineer at Skunk Hollow Recordings, as well as a professional freelance recording engineer throughout the NY metropolitan area.