I was recently called upon to play a casino gig in Atlantic City with one daunting stipulation... all instruments had to go direct – no amps allowed! I was devastated to say the least. Leaving my pro-level all-tube guitar rig at home was not something I looked forward to doing.

Like many serious guitarists, I am a fanatic when it comes to equipment and, more importantly, tone. I lust for high-end tube amps and custom shop guitars – the very best to achieve a pure, creamy sound. Gear Acquisition Syndrome? I’ve got as bad a case of GAS as the next player. You get the picture...

Having used multiple-effects processors since the mid-Eighties, I knew exactly what I was up against for this gig and what my options were going to be – namely, something in the family of amp modeling products.

The Line 6 PODxt Live seemed to fit the bill for this gig. One of the most appealing attributes of the PODxt Live is that it is self contained. All I carried into this gig was my guitar and shoulder bag for the POD. I didn’t have to worry about my amp, rack-mounted effects processor and MIDI foot controller, or my pedal board (for gigs where the rack gear is a bit of overkill). Set up was a breeze – plug in the power supply, make your connections to the guitar and direct to the house PA from the POD. Ready to roll!

Did the PODxt Live sound like my “real” guitar rig? Of course not. But it was good enough that the character of my sound was present at the gig – an impossibility otherwise. The tone was far superior to any solution lacking amp and speaker modeling, and though it didn’t have the richness of tone that my expensive tube amp provides, the sound was certainly good enough for the audience, and the effects themselves were quite decent, too!

The PODxt Live offers a practical solution for guitarists looking for simplicity in their setup, either by itself as an all-in-one amp modeling and effects unit, or as an all-in-one effects processor to be used in combination with your favorite amp. Even if you’re not interested in amp modeling, the PODxt Live still makes a solid floor-based multi-effects processor for your chorus, delay, reverb and other effects. It's a very versatile unit overall.

Other ways that a serious guitarist could make use of the PODxt Live include:

Connecting the PODxt Live to your Mac or PC via a USB connection opens up many sound creation solutions thanks to a selection of great, free software applications from Line 6. Of particular importance in the collection of software, Line 6 Edit provides outstanding virtual pedalboard programming, and Line 6 CustomTone facilitates upload/download/sharing of custom programs between yourself and other PODxt Live users.

Below are some of the PODxt Live’s numerous features:

USB connection: The USB port enables the user to record from the PODxt Live directly to a variety of recording software. More useful perhaps are the computer-based Line 6 Edit and GuitarPort software options that greatly expand the usability of the PODxt Live.

The PODxt Live was very easy to operate.

The rear panel of the PODxt Live provides basic ¼ inch connections for amp and studio/direct connections. It contains a Line/Amp selection switch and level control for signal output depending on the application. A couple of features we would have liked to see include an XLR connection for direct output applications and an input level indicator to monitor the correct amount of signal strength. The input connection for your guitar provides a Normal/Pad selection switch to accommodate different signal levels coming from single coil or humbucking pickup configurations. We found this feature to be very effective when switching from a single-coil equipped Stratocaster to a humbucker-loaded Les Paul.

For practice, this unit provides an Aux input to accommodate CD players, MP3s and drum machines. The headphone output also comes in handy for those late night practice sessions.

When using the Amp Modeling section of the unit, tone controls are provided to mirror what you would find on most amplifiers. We found this feature very useful in making real time EQ, Drive and Channel Volume setting changes. When making adjustments using these knobs, a virtual knob automatically appears in the LCD screen to view current dial settings and incremental changes for comparison.

The LCD screen provides visual control of all functions within the unit. Though you can control the viewing angle contrast, we found the screen hard to view when standing due to its small size. Not that you would be making many adjustments during a live performance, but being able to see the name of the patch you are accessing would be helpful if you don’t have it committed to memory by number and bank (which are clearly visible at a distance).

The PODxt Live has a Select knob to the left of the screen to easily scroll through Banks and Pages within a program. The Effect Tweak knob to the right is used for adjusting (tweaking in Line 6 terminology) the value of a selected effect.

The Output Mode button to the lower left of the LCD screen provides instant access to selecting what you are connecting the POD to – Direct for recording and PA applications or various settings for different types of amps (combos, stacks, etc.).

The on-board tuner is easily accessible by pressing and holding down the Tap/Tuner footswitch. From a functional standpoint, the tuner proved to be only semi-accurate. Even though the display read that we were in tune, our guitar was slightly off and required another pass.

The assignable Volume/Wah pedal functioned properly and provided good response. One noticeable problem that developed with our unit over time was that the pedal developed a loud squeaking noise caused by binding of the bushings at the focal point. This was easily remedied by opening the unit, lubricating the bushings and adjusting the tension on the pedal.

Editing effects was easy, and the PODxt Live provided a few different methods for doing so. While in a program, we could simply press the edit button under the LCD screen and then scroll through various pages to make adjustments.

Another option – we could press twice on the corresponding Amp, Stomp, Mod or Delay footswitch to edit that particular effect automatically without having to scroll through pages within that program. We found this feature extremely beneficial and efficient. It provided quick access to the exact effect we wanted to edit. The third option involved connecting the PODxt Live to our computer with a USB cable and editing parameters using the extremely user-friendly Line 6 Edit software. Line 6 Edit provides simple control of your editing – simply click on an effect to turn it On/Off and click directly on dials or move your mouse up/down for value editing. Edit makes it easy to review your actual effect settings since you can view the knob settings – a useful touch.

One feature not available in the PODxt Live is the ability to change the signal path within the effects chain. The only flexibility here was to assign an effect either pre or post the amp/cab setup. To achieve certain effects, it would have been useful to have full control over effect order.

We really liked the online CustomTone Library for access to additional programs created by other musicians, and feature-enhancing software packs. The Line 6 Monkey software made it easy to upgrade the unit to the latest revision, and also made it easy to save backups of our effect programs/data.

We tested the PODxt Live in two settings – direct to a PA system and in the effects loop of a Mesa/Boogie Lone Star amp to see how it performed in a variety of settings.

Going direct to a PA system, we made our connection via the ¼ inch output from the PODxt Live to the house mixer. The first thing we noticed was some high-end hiss that was controllable by adjusting the output level on the unit.

From a modeling standpoint, we were able to select from numerous classic amp/cab options. The PODxt Live provided tones that were reflective of some popular Marshall and Fender amps (among others). The cabinet selection function – combo, half stack or full stack – worked convincingly, but did not capture the original tone exactly. Though many of the characteristics of tone and natural overdrive were duplicated, the real warmth of the tubes could not be obtained. The sound just lacked the warmth, depth and response of a true tube amp and speaker.

The tone of the overdrive settings tended to be particularly harsh and rigged compared to real tube overdrive where the actual tube can smooth and tame the overdrive wave to sound more creamy and warm.

The effects themselves were able to achieve more desirable results than the amp models. We found that using the PODxt Live solely as an effects processor through our Mesa/Boogie Lone Star yielded much better sounds. Having true tube technology in the signal path really added the warmth and depth we needed to hear.

The Overdrive/Distortion effects provided a flexible amount of options to generate desired tones. We wouldn’t replace our Boogie amp with the PODxt Live (even though one of the amp models, Cali Crunch, is supposed to be Boogie-like), but for amps that lack good built-in distortion or overdrive, we liked the Screamer, Classic Distortion and Fuzz PI stomp effects patches. The tones were very comparable to the original pedals and provided the distinction in sound we were looking for.

The Chorus, Reverb and Compression effects were among our favorite effects in the unit. We were able to obtain a very plush chorus and crystal reverb effect comparable to high-end units found in the market. The Reverb provided a lot of depth and control through a variety of room simulation settings. The Compressor had excellent attack and provided a wide range of Red and Blue compression simulations.

The Delay effects offered multiple selections as well, including analog delay, tube echo, sweep echo, digital delay, stereo, ping pong and reverse to name a few. The delay effects were consistent in providing clear feedback and decay depending on the value/amount dialed in.

One noticeable defect in the effects was the decay of the Noise Gate. As opposed to a smooth decay, we actually heard the incremental changes as the threshold got closer to the Off position.

In a live application where the POD was going direct to the PA, once a desired mix was obtained and depending on the positioning of the guitar in the mix, the PODxt Live provided a generally acceptable tone – though nothing outstanding to comment on. On the other hand, using the PODxt Live going direct into a recording console or through headphones worked much better as a modeling unit and provided a little more warmth.

The PODxt Live User’s Guide provided detailed documentation explaining the use of the unit. It provided numerous illustrations and full descriptions of the amp models and effects options.

Online support from Line 6 is excellent, as is the active user community developing so many sounds and effects available for free download.

The Line 6 PODxt Live ($559.99 MSRP) can be found for $399. We feel this is a fair price for the unit which compares similarly to other product offerings in its class.

The added support through Line6.com, including the editing software and custom tone library, provides significant added value to the PODxt Live. 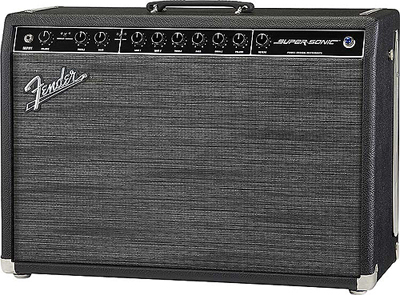