There are numerous chorus pedals on the market today, and with so many options available, it can seem overwhelming trying to determine the best one for your needs. There is definitely no best chorus pedal, but there are multiple great ones to choose from, and if you ask five different players to recommend one for you, it’s likely that you’ll get five different answers.

Choosing the right chorus pedal depends on many factors that will be personal to each player, but most important: Do you prefer classic/vintage chorus or modern chorus?

Vintage chorus pedals derived their sound from analog circuits that manipulated signals in and out of phase over timed intervals (like a phaser or flanger). Chorus pedals based on the classic analog circuitry often times have a slight phased or flanged sound to them (because that’s how their sound is generated), and the BOSS CE-1 (as used by Andy Summers on classic Police recordings) is a famous example of that sound.

In the ‘80s, chorus pedals based around delay circuits became popular, creating their tone from short analog or digital delay circuits moving the signal around (really old analog gear used tiny light bulbs and oscillators instead of delay chips). Modern chorus pedals tend to have a smoother response that provides a chorus sound while lacking the phasing/flanging element, and may sound better in certain applications.

Rocktron’s Deep Blue chorus pedal falls into the modern chorus camp, and it sounds great! It sits well in front of the amp, sound even better in an effects loop, and blends beautifully when combined with high-gain distortion for players who love the classic “LA Sound.”

Rocktron’s Deep Blue isn’t for everyone, though. If you like to wash your tone in lush analog chorus, this isn’t the right pedal for you. But if you like subtle chorus that doesn’t thicken your tone, you will probably enjoy this pedal as much as we did. It doesn’t deliver tremolo effects like you may be able to obtain from a vintage-design analog chorus, but for a clean, modern chorus effect, it sounds very good, is built solidly, is embarrassingly inexpensive, and it looks cool, too!

The Deep Blue pedal is housed in a sturdy aluminum case with a heavy-duty metal switch. We loved the blue metallic paintjob and blue LED to indicate operation.

It features mono or stereo operation, and has three retro-styled knobs (they look like controls from a Vox guitar amplifier) for control over Rate, Depth, and Intensity, which functions like a wet/dry mix control.

Internally, the Deep Blue is an analog chorus pedal using bucket brigade chips to generate its chorus effect. The input to this chorus pedal is buffered. While true bypass is desired by many players, there are just as many for whom it is not. The nice thing about a buffered signal (to us) is that there is no significant change in signal level whether the effect is On or Off.

There’s not much to comment on regarding a chorus pedal’s controls – typically they feature Rate and Depth controls. The former adjusts the speed of the modulation, and the latter adjusts the depth of the modulation. But Rocktron went one step further with the Intensity control. This knob adjusts how much of the chorus effect is present in the instrument signal, effectively giving you a wet/dry mix control.

Though the quick-release battery cover is a nice touch, many players with pedal boards won’t need to make use of the battery compartment. We had no trouble powering the pedal from our Voodoo Lab Pedal Power 2 Plus using one of its default 9V settings.

We like the sound of the Deep Blue a lot – it’s one of our favorite Chorus pedals. It created a smooth chorus without trace elements of a flanger, and was very clean sounding. Thanks to the Intensity control, it was very easy to set the chorus at a good wet/dry level so that it enhanced our tone without overpowering it.

Using the pedal in the effects loop of a Mesa/Boogie Road King II and a Fender Super-Sonic, it sounded just as good behind our high-gain heavy tones as it did on the clean channels. Set to a 50% wet/dry level, it was very easy to achieve classic ‘80s LA hard rock sounds, but dialing in too much of this pedal in the mix sounded a little too metallic and solid-state for our tastes.

We tend to like our chorus sounds with a slow Rate and higher Depth to create subtle, rich, tone enhancement, and the Deep Blue had no trouble giving us the kind of modern chorus tone we prefer as finesse players. Given the transparency of its sound when dialed in subtly, the tone of this chorus pedal is more likely to appeal to rock players than it is to the alternative or grunge player looking for more of the classic Nirvana tone.

Having played numerous chorus pedals, we found the Deep Blue’s tone to lean more in the direction of thin or clear rather than lush, which is actually part of what makes it such a nice alternative to many other choruses. If you’re the type of player who prefers a more subtle use of effects, the Deep Blue does a great job of providing chorus that doesn’t overly thicken your tone or drown it in color.

When we turned the depth and intensity up too much, though, the chorus revealed a metallic clang to its tone. Though we didn’t care for that particular tone, sound designers may enjoy the sound of deliberately pushing this pedal to its less-chorus-y settings.

Whether active or bypassed, the Deep Blue was a quiet pedal throughout the range of settings we dialed into it.

The Deep Blue Instruction Manual was right on the mark for the pedal. It covered basic operation, power supply requirements, and included tips for where the pedal might sound best in our signal chain.

The Deep Blue ($99) sells for approximately $70 street. We’re almost embarrassed to like a pedal so much for a pro guitar rig that costs so little. For double the price, we would have said all the same great things about it, so to be able to get this pedal for under $75 is almost absurd, and we applaud Rocktron for building a rugged pedal at this low price point. 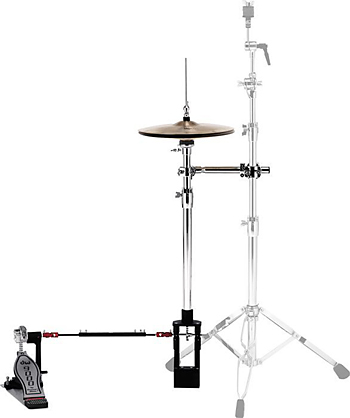 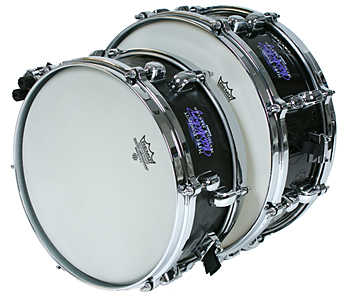